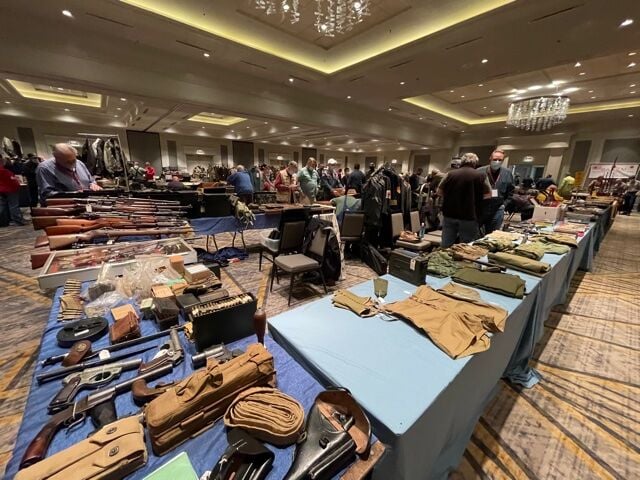 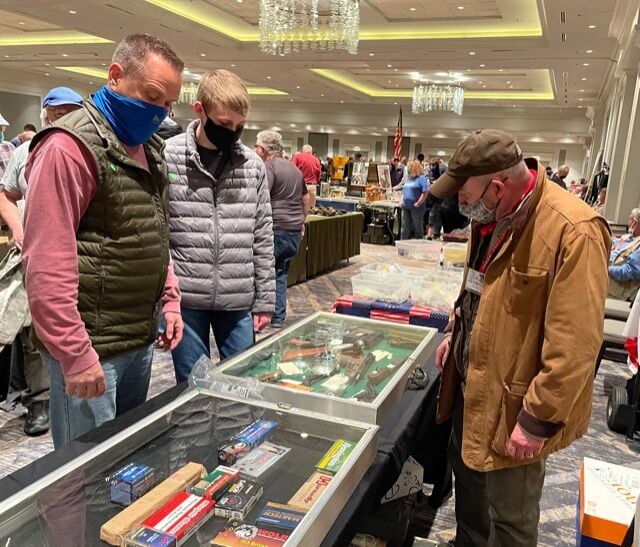 Franklin resident Bill Price discusses some of his collections with a couple of  visitors. 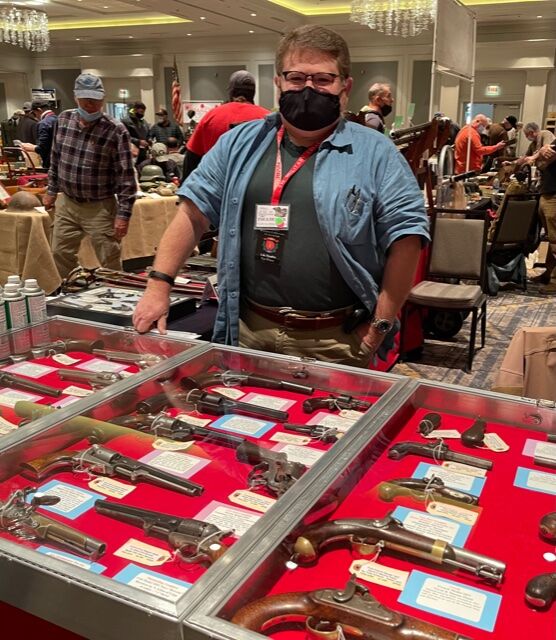 Tim Prince of College Hill Arsenal specializes in weapons and other artifacts from the Civil War. 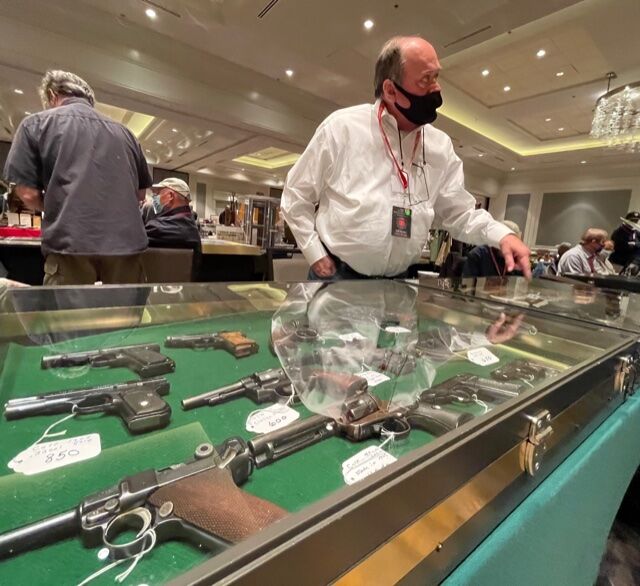 Brentwood resident John Burton shows some of his artifacts. 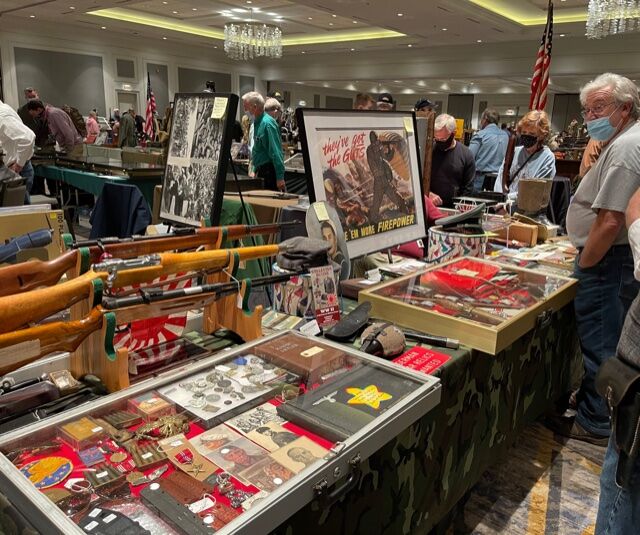 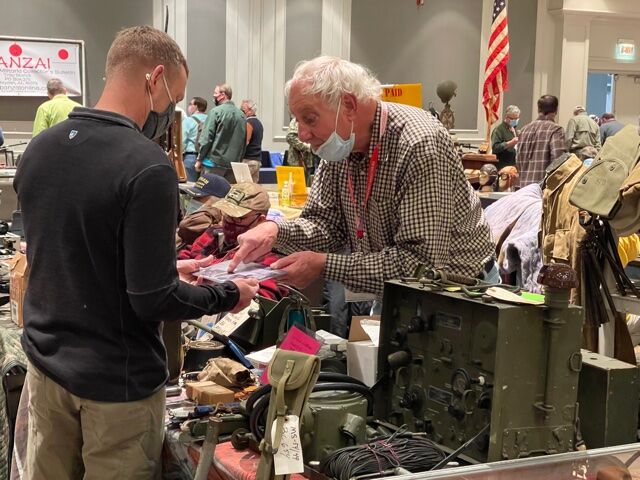 Franklin resident Bill Price discusses some of his collections with a couple of  visitors.

Tim Prince of College Hill Arsenal specializes in weapons and other artifacts from the Civil War.

Brentwood resident John Burton shows some of his artifacts.

Collectors, dealers and those simply interested in military history were in full attendance Friday and Saturday at the Cool Springs Marriott for the annual spring event of the Tennessee Military Collectors Association.

Thousands of military artifacts and around 375 display tables filled the huge banquet room and several adjoining rooms at the hotel, which has been the site of the event for some 20 years. Attendees could feast upon collections from some of the most noted historical dealers in the world, including a huge variety of weapons, uniforms, books, pictures, medals and more items from the American Revolutionary War, the Civil War, both World Wars and many others.

There were numerous displays of military artifacts from not only the United States, but also Japan, Germany, Great Britain and other countries.

The TMCA, headquartered in Brentwood, has been hosting shows since 1976, a fall event the weekend after Thanksgiving and a spring one the Friday and Saturday before Easter.

“This is a real family-oriented show,” said Franklin resident Bill Price, who collects mostly artifacts from WWII. “I gave eight passes to Eagle Scouts, and they had never been to anything like this. One came up to me and said, ‘My head’s just swimming. I don’t know what to think.’ I said, it’s like visions of German helmets dancing in your head.”

Among the dealers at the show was Tim Prince, who lives in southeast Nashville and owns College Hill Arsenal. He specializes in Civil War artifacts and has a wide assortment of muskets, rifles, bayonets and related items. He also collects military arms from the Colonial period and Revolutionary War through WWII.

Prince has been a featured appraiser in the field of arms and militaria on the PBS TV show “Antiques Roadshow.”