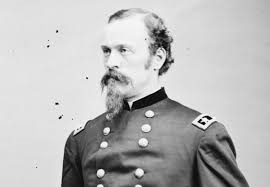 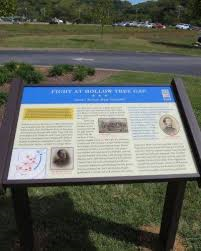 One hundred fifty-five years ago, Dec. 17, 1864, an overlooked yet tragic day in Williamson County passed into history, mostly obscured by other events of the time. When the remnants of Confederate General John Hood’s Army of Tennessee headed south after their defeat at Nashville on Dec. 15th and 16th, they faced a difficult choice: surrender or fight their way out of Tennessee.

After the catastrophic Battle of Franklin three weeks earlier, the Federal Army of the Cumberland fell back to its fortifications at Nashville. Perhaps because he had no other viable options, Hood chose to pursue his foes to the outskirts of town where federal lines extended from the Cumberland River west, and along today's I-440 to Nolensville Road. When overwhelming Union forces attacked Hood’s thin lines during the two-day battle, the Southerners had no chance and were for sure in a desperate situation.

On the night of Friday, the 16th, General James Wilson’s federal cavalry massed on the three main pikes south: Granny White, Hillsboro and Franklin Pike eager to finish off the Confederates the next day and record a complete victory.  His commander, General George Thomas, anxious to bag the Confederates and present President Lincoln a victory for Christmas, pushed Wilson hard to make that happen. But General Hood had other ideas. He ordered one of his commanders, Gen Stephen D Lee, who had been spared the worse of the Nashville bloodletting, to take about 2,500 infantry and a small cavalry contingent, to slow the federal hordes long enough for the rest of the Army of Tennessee to escape south into Alabama.

On the cold night of the 16th, exhausted Southerner stragglers slept fitfully along the fence rows and cattle trails of the Brentwood hills back to where current day Franklin Road and Murray lane meet. The Confederate rear guard, made up mostly of men from Georgia, Alabama and Louisiana with a few Tennessee cavalrymen mixed in, found the narrow passage over the Hollow Tree Gap a good place to set up a nasty surprise for the pursuing cavalry under General Wilson. The 27 year old from Illinois started the war as an engineer and learned his craft as a cavalry leader the hard way, in the saddle when earlier that year, he transferred to the mounted service. Now, having overwhelming resources to go with experience, Wilson was determined to pursue the Army of Tennessee and its leader, John Bell Hood. Hood had risen quickly through the ranks and took over the western Confederacy’s largest army during fighting around Atlanta just months before. He was only 33 years old.

Early Saturday the 17th, Northern cavalry, made up of Midwesterners along with some Tennessee federal soldiers, approached the Brentwood side of the gap within an easy musket shot of the current day Baptist Children’s Home near Concord Road.  Confident, they soon realized it wasn’t going to be that easy and were stunned by the ferocity of the Confederate repulse. Wilson would later write that the battle at Hollow Tree Gap left him “undeceived” about the gumption left in the Confederate rear guard. There were over three hundred casualties on both sides along a stretch of Franklin Road where today thousands of motorists’ transit, with no idea what happened there. Only a lone Civil War Trails marker in the Gateway community at Moore’s Lane recalls the events of that day.

Lee’s rear guard then withdrew in haste back toward Franklin scrambling to cross the Harpeth River where the bulk of Hood’s army had moments before crossed. Wilson repositioned his scattered horseman along today’s Spencer Creek Road and Mack Hatcher By Pass, poised to finish off once and for all the stubborn rear guard. In what was perhaps one of the largest cavalry charges on American soil, maybe 6,000 federal troopers charged across what is today known as Harlinsdale, now a Franklin city park.

As the remaining Confederates on the north side of the Harpeth braced themselves, a small contingent of their cavalry appeared from the area of today’s old Liberty Pike blunting the federal charge and buying time in the chaos for the rear guard to cross the river. While never confirmed, it is thought at least one Confederate may have drowned attempting to make the south side of the swollen stream.

With the bridges out, the time it took for Wilson’s men to locate fords across the Harpeth allowed Lee’s men to regroup around Winstead Hill where another fight raged and General Lee was wounded. Carter Stevenson from Virginia, a veteran of the Vicksburg and Atlanta campaigns, as well as the Mexican War, assumed command.

Continuing the retreat, General Stevenson’s exhausted infantry was trapped with its back to the West Harpeth River near today’s Independence High School, after a running battle along the six miles from Winstead Hill.  In the darkness, it became difficult to tell friend from enemy, many Confederates having taken Yankee blue coats to make up for their own shortages.  In savage hand to hand fighting the infantry formed into a hollow square, a formation often of last resort when infantry is faced with overwhelming cavalry. James Douglas, captain of one of Lee’s artillery batteries, had volunteered his unit to serve in the rear guard and was nearly captured at the West Harpeth. His cannon mired down in the mud, Captain Douglas avoided capture when his brother rode up and James jumped on his horse.  Just when it seemed the infantry of Stevenson’s command was doomed, a unit of General Forrest’s cavalry rode into the fray, arriving from the east, just in time. After a day of sunrise to sunset fighting covering sixteen miles, Wilson’s troopers decided to call it a day. The pursuit would continue with fighting all the way to the Alabama border where the remnants of the Army of Tennessee crossed the Tennessee River on Dec. 29 and the federals broke off their pursuit.

The Battle of the West Harpeth was a desperate and close fight. Exact casualty figures are difficult to track, but along with the other combat that day, there were approximately 600 killed wounded and captured on Dec. 17 in Williamson County. Two federal lieutenants, Eugene Beaumont and Joseph Hedges, would receive the Medal of Honor for their heroism in the West Harpeth battle attesting to the violence and courage that day. Generally forgotten is the incredible bravery of the Confederate rear guard defending their army while vastly outnumbered, exhausted and under the worst of conditions.

Post war, James Wilson was a railroad engineer and would serve in the Spanish American War. John B Hood worked in the insurance industry and fathered eleven children including three pairs of twins. He died in a New Orleans yellow fever epidemic in 1879 at the age of 48. Stephen Lee was the first president of what is now Mississippi State University and Medal of Honor recipient Eugene Beaumont remained in the US Army and fought in the Indian Wars. He retired in 1892 and died in 1916.

Other than sporadic skirmishes between small units in the next few months, the war in Williamson County was over. In the decades to come, a war weary citizenry would heal and forget the incredible drama of Dec. 17, 1864.