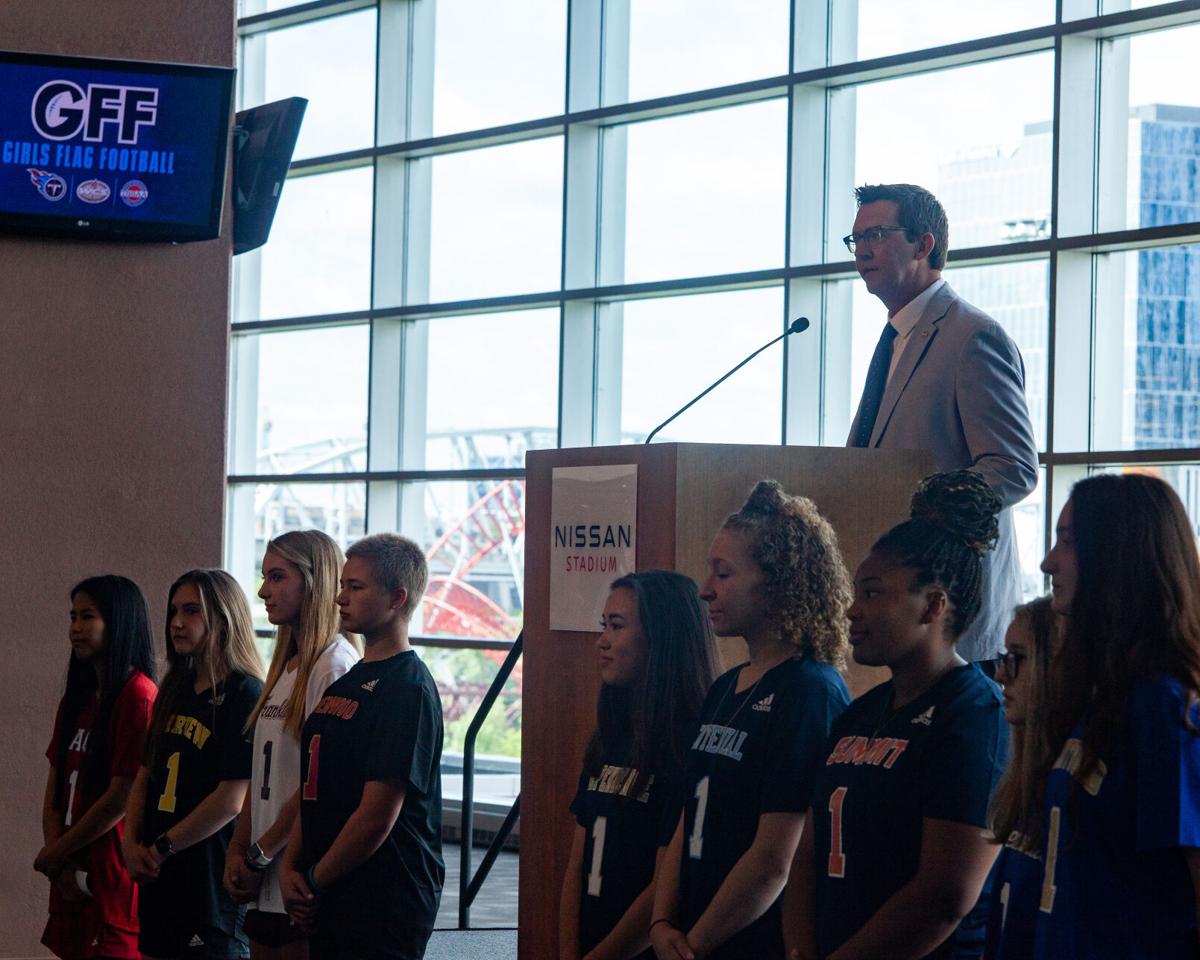 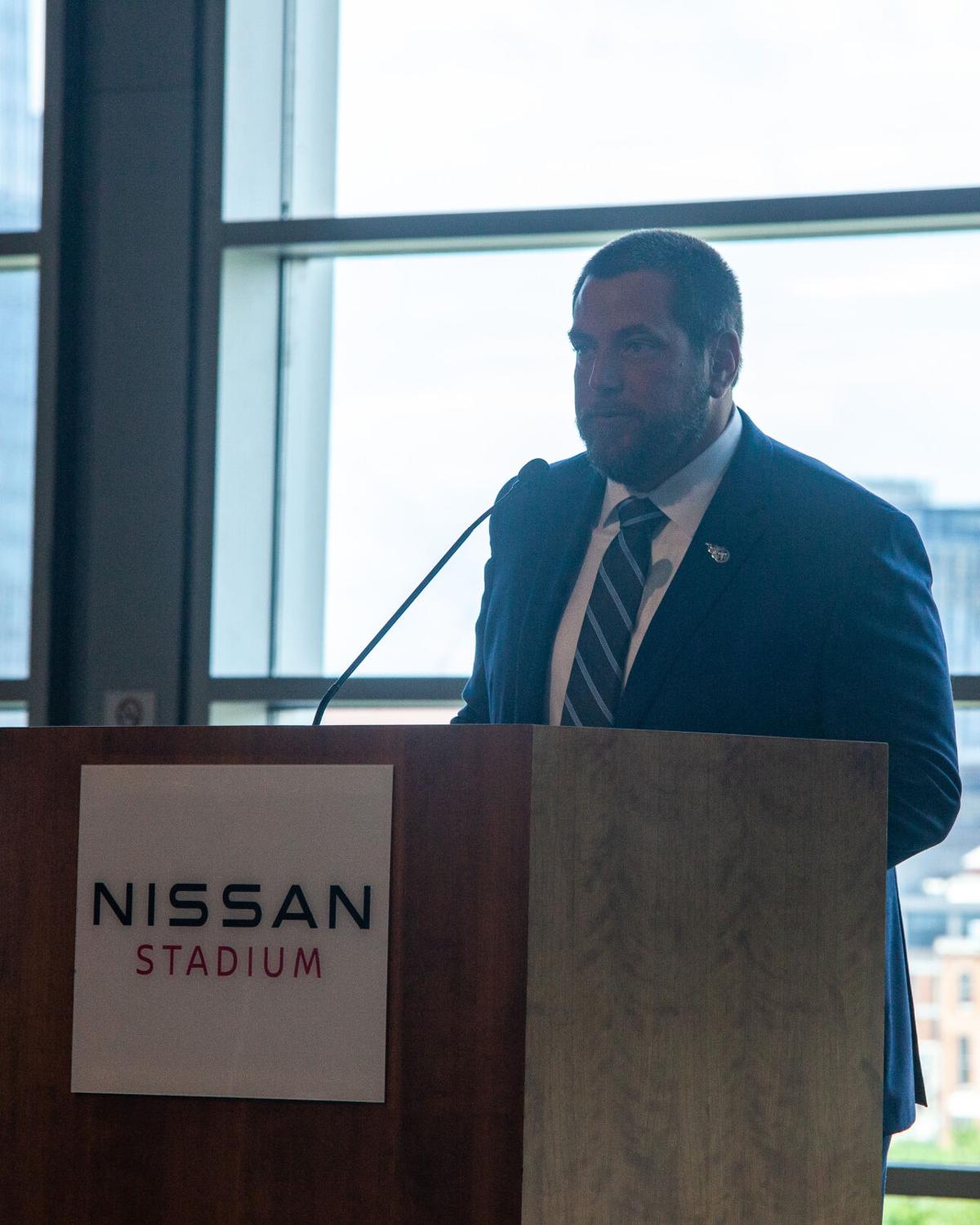 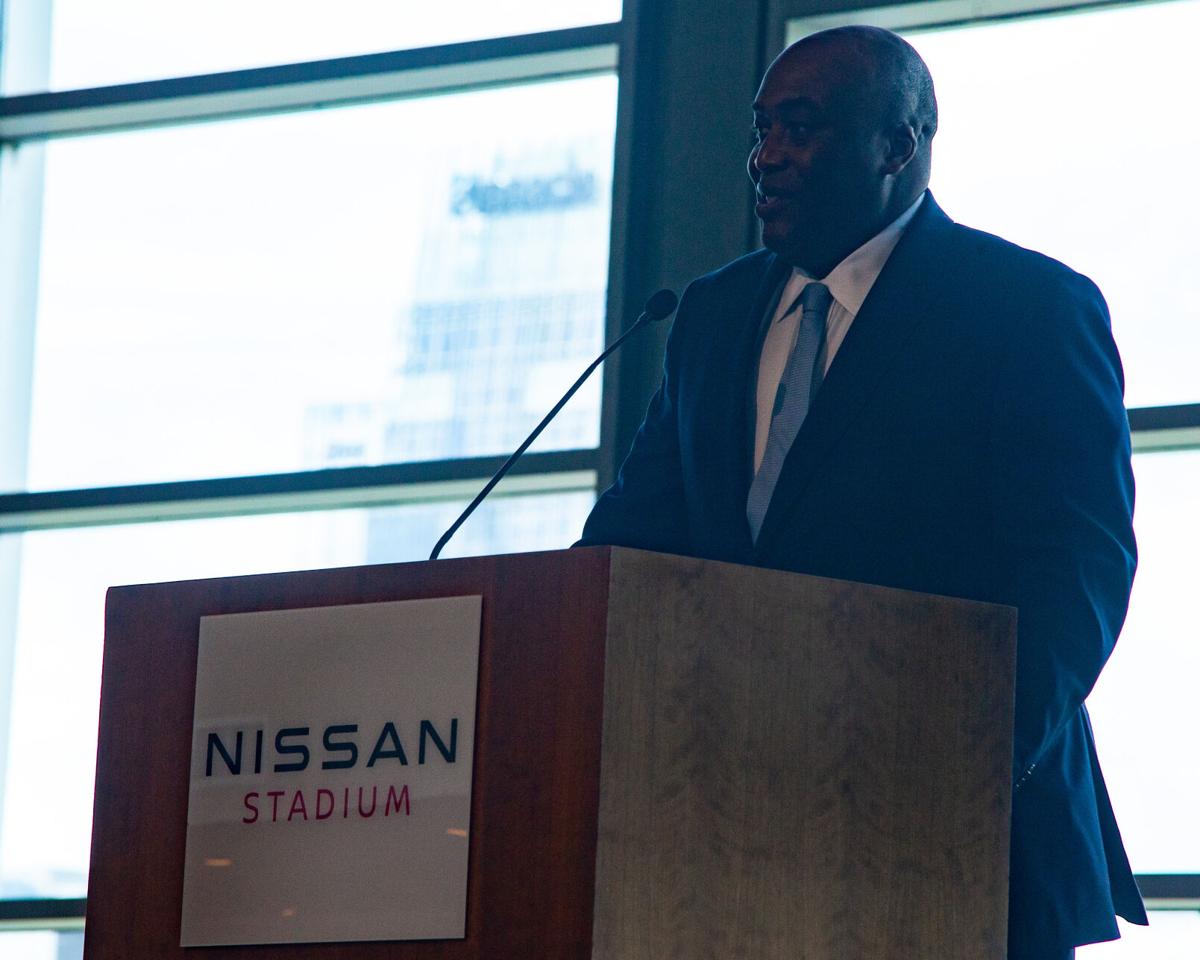 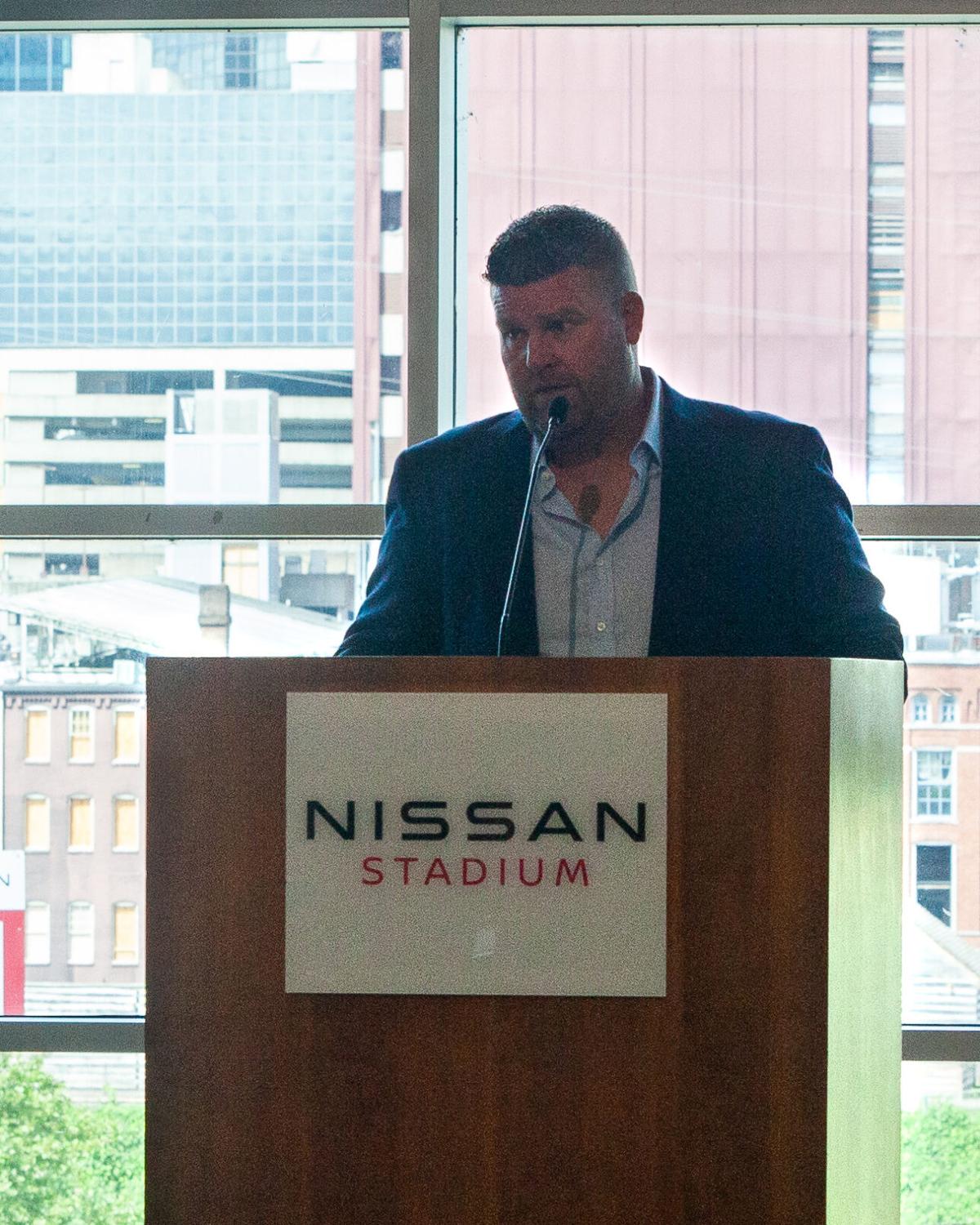 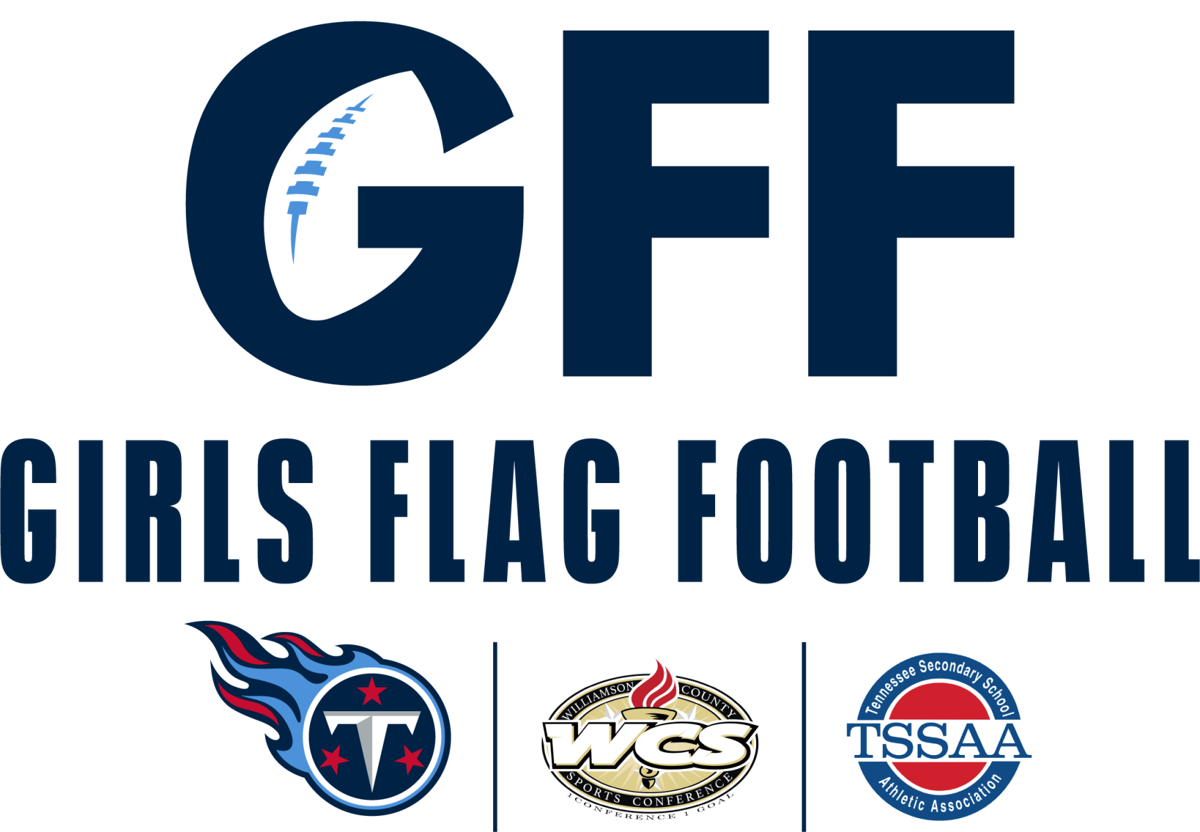 The Tennessee Titans and Williamson County Sports Conference have announced a partnership to form the first-ever interscholastic girls flag football league in the state of Tennessee, which will bring the sport to Williamson County’s nine public high schools in the spring of 2022.

Teams from each WCS high school will play each other once throughout a six-week, eight-game season beginning in March 2022, and all nine teams will qualify for the league championship, which is tentatively scheduled to take place at Nissan Stadium in May 2022.

“This is a great day for the Tennessee Titans, a great day for Williamson County athletics and a great day for football,” Beverly said. “Here at the Titans, we believe strongly in supporting the communities that support us. One aspect of this mission is that we strive to grow the sport of football throughout the great state of Tennessee.”

The league will begin in partnership with the Tennessee Secondary School Athletic Association (TSSAA) as a pilot program, with the potential to expand to other Tennessee counties as an official TSSAA-sanctioned sport in the future.

“Youth football, high school football, those are of the utmost importance to us here at the Titans, “ Robinson said. “It’s the birthplace of future NFL players, coaches, executives and staff members, and growing  more opportunities for girls and young women in the sport of football is certainly a goal of ours.”

According to a news release, the TSSAA will advise in the area of game officials, championship planning, tournament format, rules interpretations and any other areas needed to establish a framework for the sport to grow throughout the state.

“TSSAA is grateful for the commitment of the Tennessee Titans and Williamson County schools for providing this opportunity for young women,”  TSSAA Executive Director Bernard Childress said in the news release. “Girls Flag Football is quickly becoming popular in the Southeast and across the country. We look forward to this partnership as we work together to expand participation opportunities for students in Tennessee.”

NFL FLAG, which according to that news release, has led efforts to expand women’s flag football across the U.S. at the youth, high school, and collegiate levels, will also partner with the program to provide training and guidance.

“We are excited about partnering with the Tennessee Titans and offering another athletic option for the young women in Williamson County Schools,” Joines said. “Girls Flag Football is a growing sport across the country, with many states already sanctioning the sport through their high school athletic associations. Piloting the program in WCS will allow TSSAA to gauge interest in the sport. We are honored to serve as the pilot district for Tennessee and look forward to making Girls Flag Football a part of our high school athletic programs during the 2021-22 school year.”

Another student athlete, incoming Nolensville High School junior Elena Montpool, said that this opportunity means that she will be able to continue to participate in sports, already competing as the only young woman on NHS’s wrestling team.

Montpool is also a member of the NHS marching band, attending all of the current high school football games in the fall as a supporting role, but now she will be able to take the field herself.

“When this opportunity came up as a spring sport for girls I was on top of it,” Montpool said. “I love football, I watch college football, I don’t miss a game usually if I can, and I love playing sports at my school so this is just a huge opportunity for me to just have the time to play.”

This move continues the Titans support of developing youth football across Middle Tennessee, in addition to their recent awarding of more than $350,000 in grants to youth football organizations across the state, their continued recognition of High School Coach of the Week and Coach of the Year recipients and their hosting of the Tennessee Titans Mr. Football Awards every fall.

“I’d like to extend a huge thank you to Williamson County and the TSSAA for helping us bring this vision to life,” Beverly added. “Creating more opportunities for young women in our state to grow their passion for football is a huge priority of ours and we’re thrilled to take a big step forward with this partnership.”

Joines said that the plan is to set up the schedule so that it doesn’t interfere with other spring sports to maximize student’s ability to participate. If all goes well, they would like to expand the opportunity as a permanent sport for WCS’s young women athletes, which could potentially mean expanded staffing or student scholarship opportunities in the coming years.

“What’s great about the district that we’re in is the support will be there,” Joines said. “I don’t care what sport it is or what activity it is, when our young people are out on the field performing, we’ll get support.”