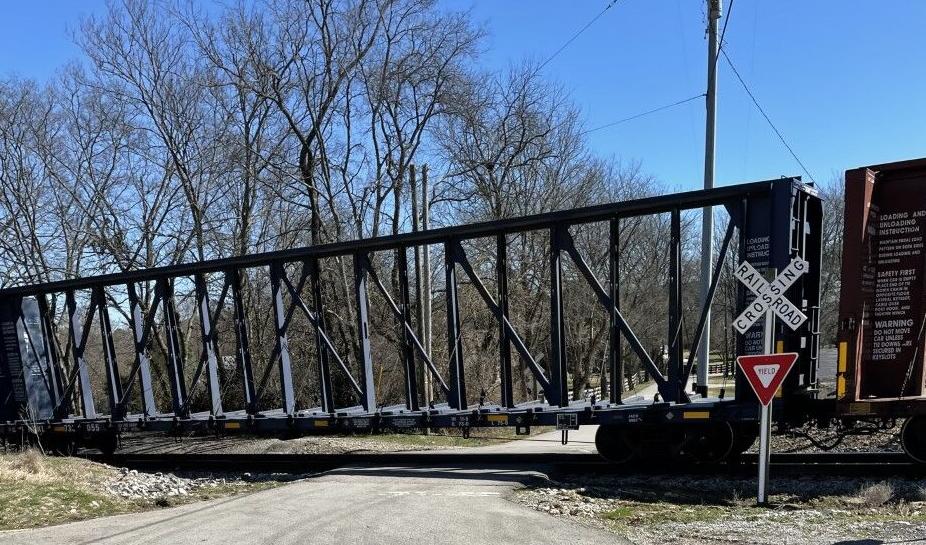 A train car blocks access to Winkle Road in Brentwood. 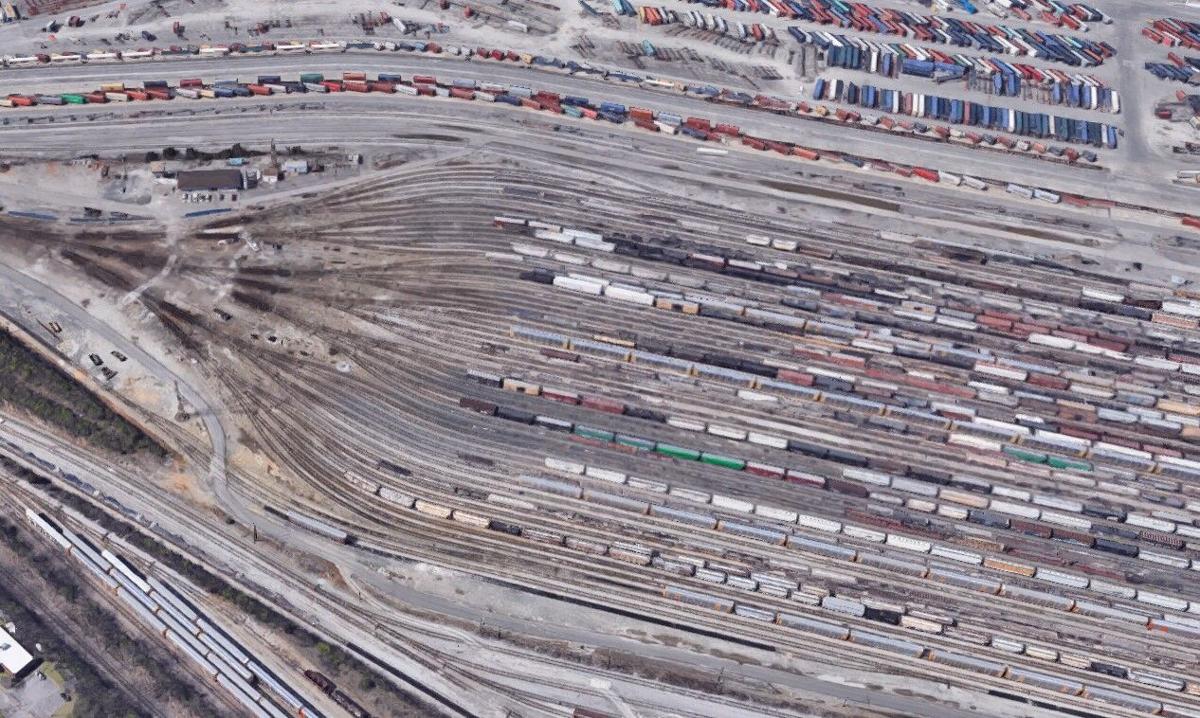 Some Brentwood residents have seen an increase in train traffic that runs south to north through the city, with some noting the increase in idle train cars that are causing more noise and sometimes blocking roads for hours or days at a time.

It is a local inconvenience that can be traced in part to a recovering global economy.

City officials were made aware of the idle trains when some citizens began noticing the change in traffic over the past few weeks, including some instances of idle train cars blocking an entrance to Winkle Park for nearly 24 hours.

Brentwood City Manager Kirk Bednar addressed the issue in Thursday’s City Commission Informational Meeting where he said that CSX has been staging cars outside of the Radnor Yard, which is just north of the city, due to the overflow in traffic inside of the yard.

Bednar said that CSX was planning to move some of the trains further along the tracks on the Turner property away from homes. However, the crews on the train have been idle for so long that they are required to have crew changes but do not have access to engines to complete those crew changes based on their location on the track.

Bednar said that Cal Turner, the owner of the Turner property, has worked out an agreement with CSX to give crews access to the engines through his property, which will require some unspecified “prep work” but should help to alleviate the problem within the week.

“That allows the engines to stage and sit further back in the Turner property away from the homes,” Bednar said. “So that’s a very gracious allowance from Mr. Turner.”

The trains have also blocked direct access to Wikle Park from Wikle Road on several occasions, but residents are still able to access Wilke Park through Flagpole Park.

Bednar said that there is one home that is blocked by the train when it is idle in front of the park entrance, but that home is unoccupied. Bednar also added that emergency vehicles can still access the park in the event of an emergency.

Bednar said that CSX told him that they are working on a plan to help break up the length of some of the trains to help stop roads that are blocked by the idle train cars.

“We are working with CSX,” Bednar said. “As you know we don’t have any regulatory authority over CSX. We have no ability to dictate Radnor Yard or how they stage their trains on their own line, so we have to work cooperatively with them, and they have certainly been doing that to the extent that they can.”

A CSX spokesperson said in an email that Radnor Yard is one of the company's busiest terminals which has seen an increase in train traffic as global supply chains have begun to recover from the impact of the ongoing COVID-19 pandemic.

“CSX strives to be a good neighbor in the communities where we operate,” the statement reads in part.

Last month Trains.com reported that the Association of American Railroads saw a 5.3% increase in U.S. rail traffic in January 2021 over the same month in 2020, while investments into trains, especially with transporting goods, has been cited as a way to both reduce emissions but also highway congestion.

CSX is asking that pedestrians not attempt to cross over, under or through idle train cars as this could result in injury or death, also being that it's illegal.

“While we understand that stopped trains can be an inconvenience, and we work hard to prevent that from happening,” CSX said in the statement, "we urge motorists and pedestrians to always practice safe behavior around railroad tracks.

"Being on railroad property without permission is considered trespassing, which is not only dangerous but also illegal. Our goal is to transport freight safely and efficiently and we appreciate the patience of motorists and pedestrians waiting for our trains to safely pass through the area as we serve customers throughout central Tennessee.”