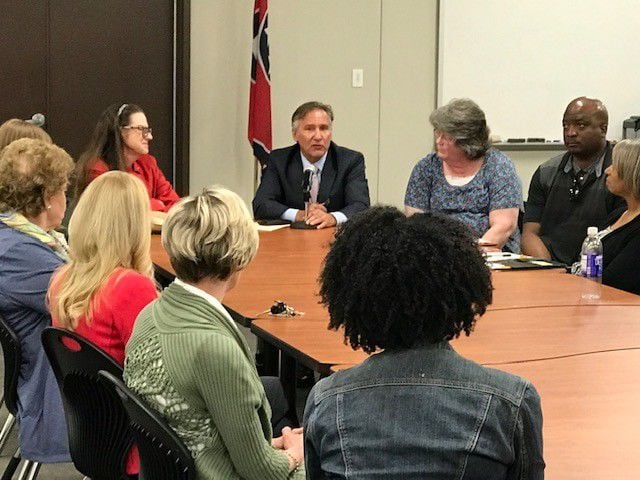 Former Williamson County Schools Superintendent Mike Looney (center) chaired a cultural competency meeting in March 2019, a little more than a year after the group was formed. 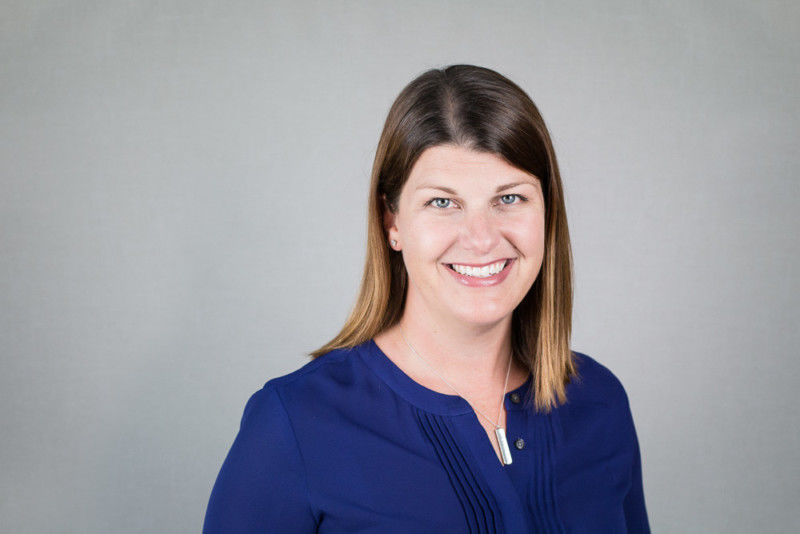 The line wasn’t very long, but the public had the opportunity for the first time since March to speak on the record with the return of the citizen comments section at the Williamson County Board of Education’s June meeting Monday night.

Since the monthly Williamson County Schools board meetings were held electronically in April and May due to the coronavirus outbreak, citizens were unable to make public comments as they typically do when meetings are held in person. Zoom was able to play a role for the most recent meeting, however, and four speakers took to whatever served as their podium.

Two of the speakers voiced concern about the plans for reopening schools in August during the pandemic.

The other two addressed what one described as the “serious and urgent issue” regarding children of color in the WCS district, and how their experience in schools is considerably different than that of the white majority.

“They make up only 4% of our community,” said Jennifer Cortez of Franklin, a mother of four children who is helping to form a grassroots group to support the movement to end systemic racism. “We of the 90% are the ones who hold all the power here. Every vote counts the same, but we the white people have 90% of the vote.

“It’s our responsibility to swiftly identify and root out every vestige of systemic racism we possibly can, and until we do that, at least 4% of our children are not safe in our schools, and if they’re not safe, they can’t learn.”

The topic of racial injustice, of course, has been especially front and center the last couple of weeks or so as the nation has witnessed numerous and ongoing protests and demonstrations primarily in response to the brutal killing of George Floyd, a black man, by a white police officer in Minneapolis. Franklin and other parts of Williamson County have been the site of protests, prayer vigils and marches as well.

Schools are certainly in the spotlight, as Cortez pointed out along with the other speak on the topic, Anne McGraw of Franklin. McGraw is a former school board member who represented District 4, and has been involved in a cultural competency committee that was formed in January 2018 to address racial inequality and other forms in WCS schools.

“There is literally nothing new that is happening right now other than a groundswell of public support for trying to right centuries of wrongs,” McGraw said to board members and district staff. “There is not a single mention of diversity included in our strategic plan despite it coming up numerous times in community meetings that were held.

“Twenty percent of our student body is nonwhite, yet around 95% of our teachers are white. There is little to no representation happening here. We have a Rebels high school mascot [at Franklin High], a Confederate flag on our county seal. We wonder why more minority teachers don’t apply to Williamson County Schools. But more distressing to our black students are the frequent instances of children of color being bullied or harassed in our schools with little to no consequences.

"Saying that black lives matter in our school district is not a political act. It is not controversial, it is not an attack. It's just hopefully speaking the truth and then acting on it."

Though public comments aren’t typically addressed during the board meeting itself, WCS Superintendent Jason Golden said he wanted to respond to the concerns from the four speakers. On the subject of race, he acknowledged the importance of making it a priority.

“I really do appreciate the board in setting the standards for us with respect to human decency and the way we treat everyone in our community with your policies,” Golden said. “It’s up to us to enforce those policies. So anytime we hear anything that in the slightest alleges racial discrimination, either by students or faculty, we demand action. And that’s very important to us.

“With these questions becoming much more widely discussed in our community, I see this as an opportunity for us to grow as well. I do look forward to those processes, discussions, taking those next steps so that we can grow in how we relate to each other in the context of race, as that has especially been a topic locally and nationally.”

Click here to see the complete Board of Education meeting from Monday night, including the public comments section featuring the four speakers.