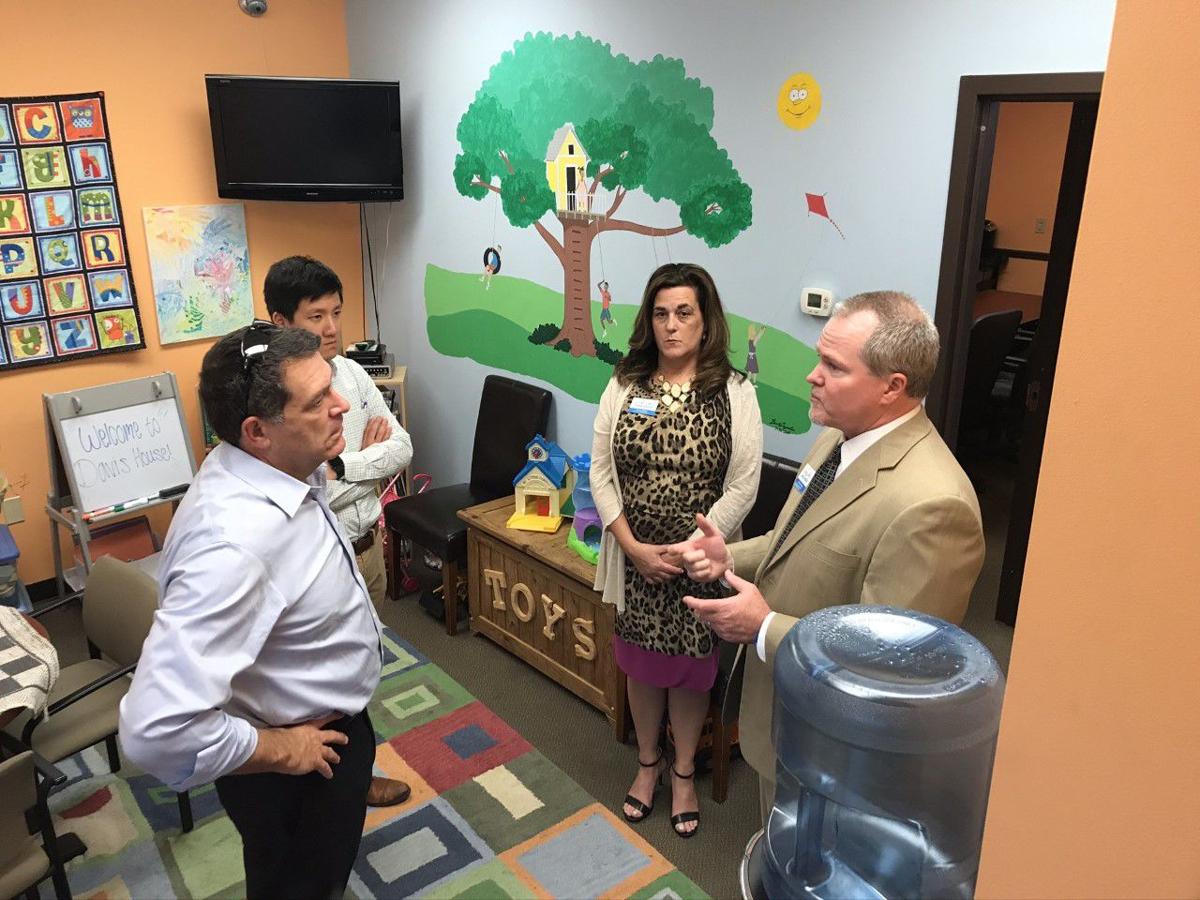 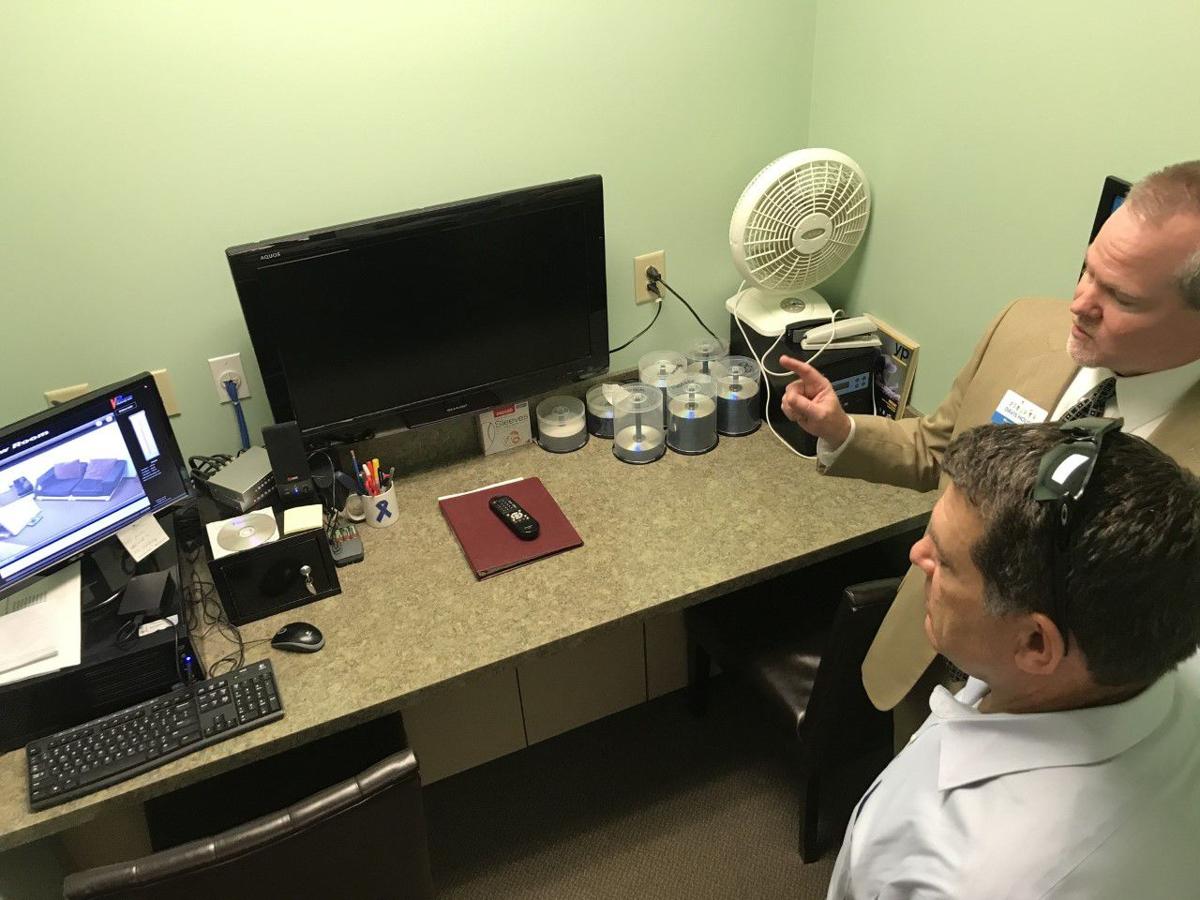 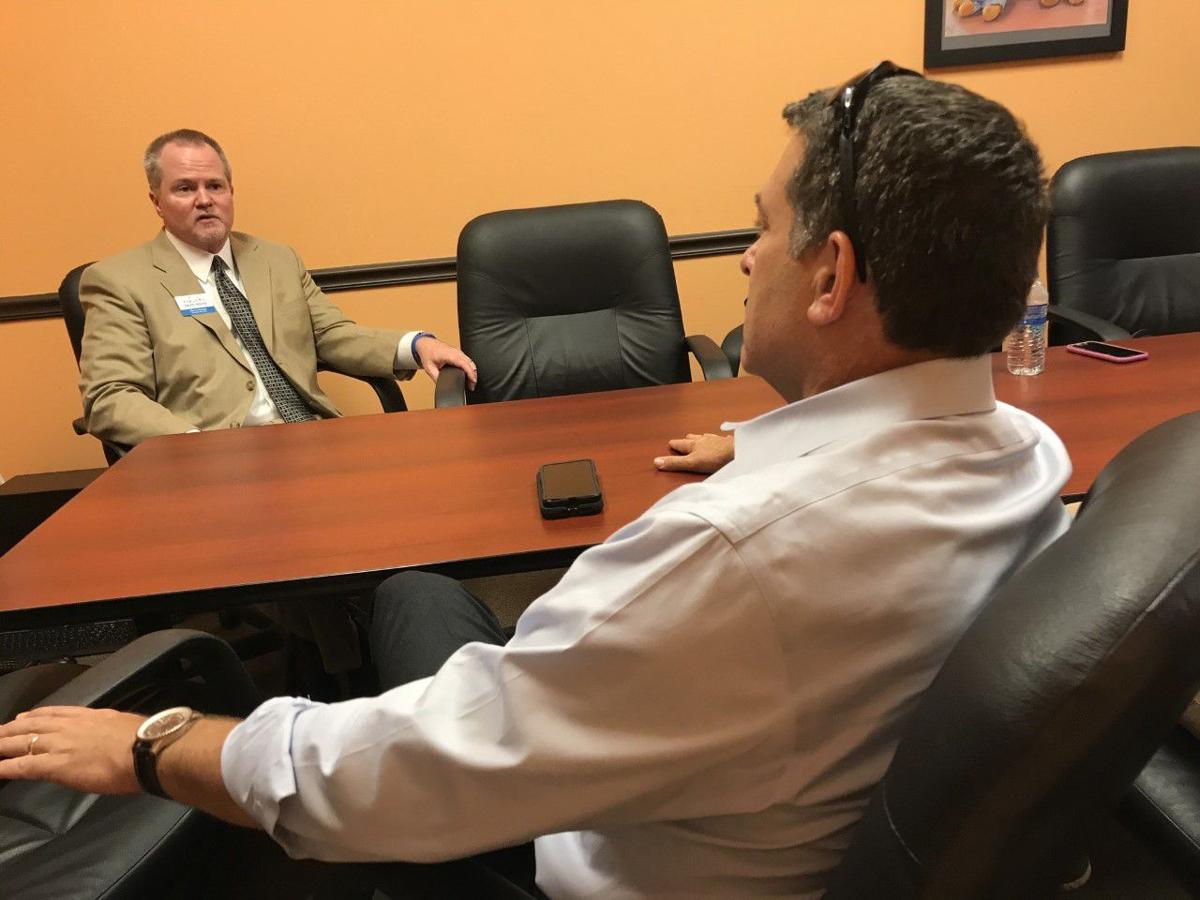 U.S. Rep. Mark Green stopped by the child advocacy center Davis House on Thursday where Executive Director Marcus Stamps gave the U.S. representative an inside look at how the nonprofit continues to serve its mission of combating child abuse.

Located in East Franklin just off of Murfreesboro Road, Davis House has stayed true to its mission of combating all forms of child abuse since its inception nearly 20 years ago.

“We exist to serve and to provide investigative and healing services in response to allegations of either sexual or severe physical abuse,” Stamps told Green. “Anytime there’s an allegation of sexual or severe physical abuse, that has to be reported to either the Department of Children’s Services or law enforcement. If it does, the state of Tennessee has laws on the books that creates the child protective investigative team — a multidisciplinary team with law enforcement, the child advocacy center, DCS (Department of Children’s Services), juvenile court and the [District Attorney’s] his office.”

“The first time children would come here would be to receive services here in a child-friendly setting, which is far different than going to a police station or going to a state office building,” Stamps said. “So when children come here for the first time they come here for forensic interview. We do it under investigative protocol, and under Tennessee State law, if we do it correctly, you can get it admitted in court — doesn’t guarantee a conviction, but it will get it admitted.”

Stamps went on to explain how law enforcement and Davis House employees are able to watch the forensic interview remotely from a nearby control room.

“We know that trauma is induced the more a child has to tell their story,” Stamps said. “It used to be, before there was a child Advocacy Center, the child would have to tell a detective, then they’d have talked to a social worker, then talk to a medical person, then have to talk to any number of people — that induces trauma. So by recording this, every member of the child protective investigative team can actually watch the recording if they need to go back rather than re-interviewing the child.”

Following the forensic interview, children are then taken to what Stamps calls the “pick me up room,” where Child and Family Advocate Lauren Harrington speaks to and consoles the children.

“Once [they] go through the forensic interview, they gotta be loved,” Stamps said. “So we bring them in here and Lauren’s role is to be the shepherd as our child and family advocate for both the child, and what we call the non-offending parents or caregivers. She’s here to make sure they get everything that they need. If this child has to testify in a criminal proceeding down the road, [Lauren] will do a court orientation for them to acclimate them to the environment of the courtroom, and then she’ll be there in the gallery while they testify.”

Given the large scope of its operation, as well as its nonprofit status, Stamps said that Davis House has been “struggling” to keep up with its new budget demands as it continues to serve more children.

“We have a $700,000 budget — we’re constantly having to increase it which means we’re struggling to make sure that we’re increasing because we’re serving more children,” Stamps said. “I want to pay our staff well, because they’re providing a service. We really need to be operating at about $1 million a year to do what we need to do, and we have 2,200 square feet between this and our administrative area in the back. We need to drastically expand. We’re paying a significant premium to be in this area, but we serve the whole county — we need to be in a central location for our law enforcement partners.”

Green said that while he was wholeheartedly behind the mission of Davis House, an increase in federal funding to more heavily support child advocacy centers such as Davis House would be a tough sell in Congress. Green vowed to do what he could to help Davis House continue its mission.

“I’ll fight for your funding,” Green told Stamps. “I’d like to see this continue… we’ll help you raise money too. I get your need, and I’ll help how I can.”

Ultimately, Stamps told Green that among the biggest things he could do to help would be to spread the word of Davis House and its mission.

“Just share the story with people,” Stamps told Green. “There are people that we can’t reach that would resonate with our needs, our mission, and the way we serve children.”