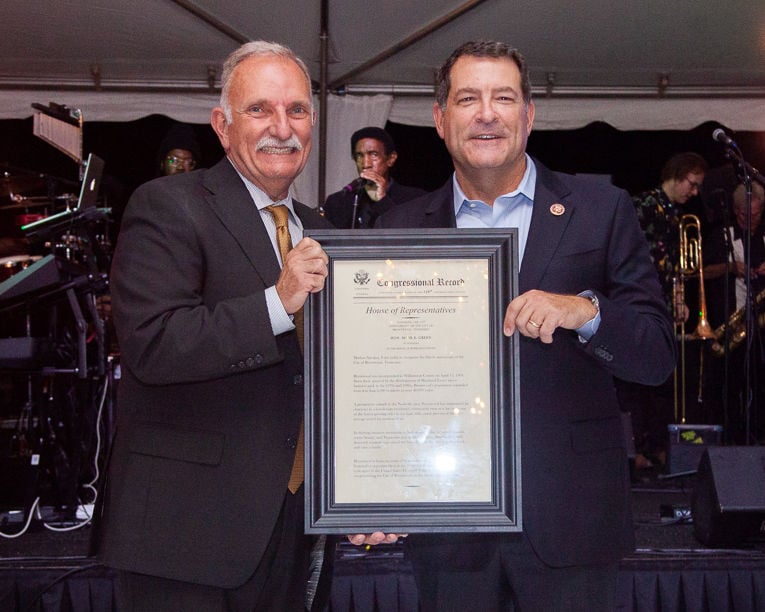 The city of Brentwood’s development fees are among the lowest in Middle Tennessee when compared to surrounding cities in Williamson County. NOTE: Spring Hill’s listed development fees are those it will eventually reach at the end of its recently approved phased increase. 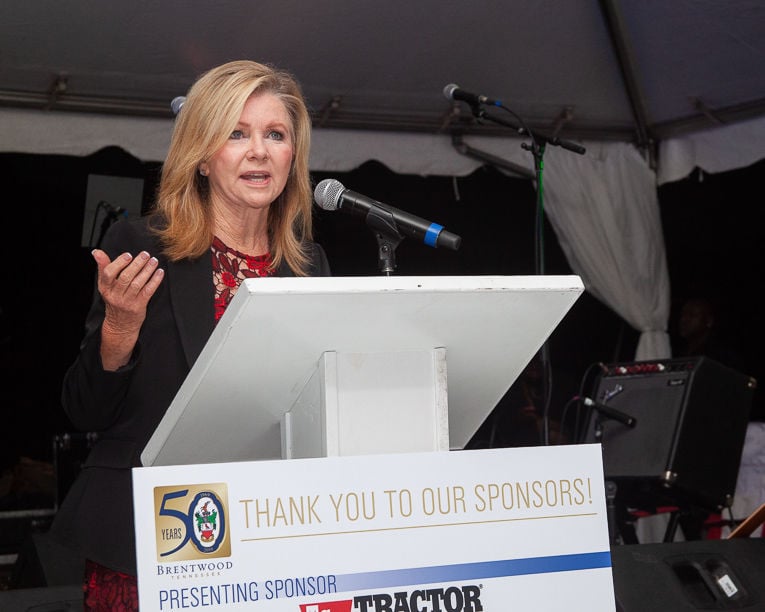 Incorporated as a city on April 15, 1969, Brentwood has gone on to become one of the wealthiest cities in the country, touting a median household income of $151,722 — well beyond the national average of $31,786. Many attribute the city’s success to its friendly business climate, with the city boasting some of the lowest development fees in the county.

“It’s an incredible honor for me to be here and be a part of your celebration tonight,” Green said. “I think everybody here knows that I am from Clarksville. When I got out of the military, I wanted to stay close to the military folks, so my wife and I decided to stay right there. We started a company — a healthcare company — and before long, I realized if I really wanted to take the company to the next level, I needed to move it. So we moved to Maryland Way and we quadrupled the size of that company in two years.”

“This community supports your business community like none other in the state of Tennessee and this nation. Your community leadership — your commission, your council — it’s an unbelievable success story, and your businesses are so community-focused. It was a no-brainer for us, and our company is still there doing great things and a part of your community, and [we’re] proud to be celebrating your 50th birthday.”

Sen. Marsha Blackburn, a Brentwood resident, was also present during the celebration, and spoke fondly of her years spent in the community.

“It is so interesting for us to look back to 1977 when we bought our first house in Brentwood,” Blackburn said. [Chuck and I] have talked about the things that together as a community, we have all [have] done, and Chuck and I loved helping start the Brentwood library. He’s been involved with [the] Rotary [Club]. We were involved with the Chamber of Commerce. He was involved with Brentwood 2020 — do you all remember when we did that? It seems forever now, [and] here we are seeing it come true. All of those are such fun memories for us.”

Read below to see the congressional proclamation in its entirety.

I rise today to recognize the 50th anniversary of the city of Brentwood, Tennessee. Brentwood was incorporated in Williamson County on August 15, 1969, and since then, spurred by the development of Maryland Farms into a business park in the 1970s and 80s, Brentwood’s population expanded from less than 4000 residents to over 40,000 today. A prosperous suburb in the Nashville area, Brentwood has maintained its character as a low density residential community, even as it has been one of the fastest growing cities in the state and nation with 90 percent of the city’s acreage zoned for residential use. Its thriving business environment, high quality of life, top-rated schools, scenic beauty and Tennessee way of life have given Brentwood a well-deserved reputation as one of the best places in this nation to live, work and raise a family. Brentwood is home to many of Tennessee’s finest citizens, and I am honored to represent them in the United States Congress. I asked my colleagues in the United States House of Representatives to join me in congratulating the city of Brentwood on this momentous occasion. Signed, Mark Green, U.S. House of Representatives.