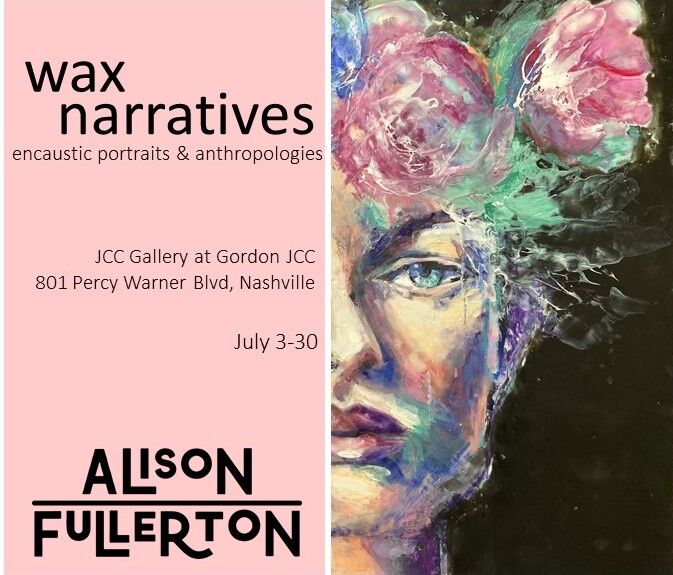 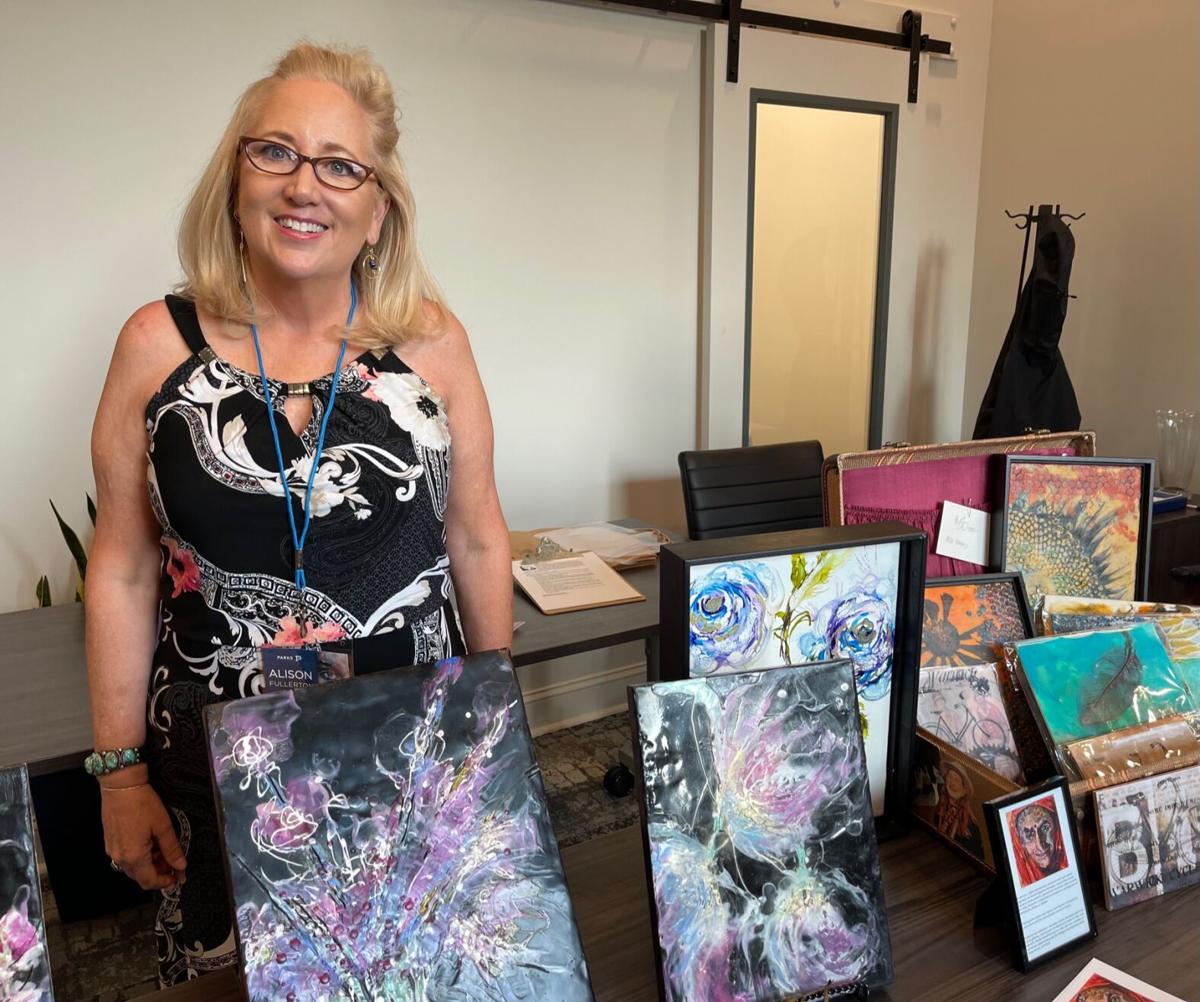 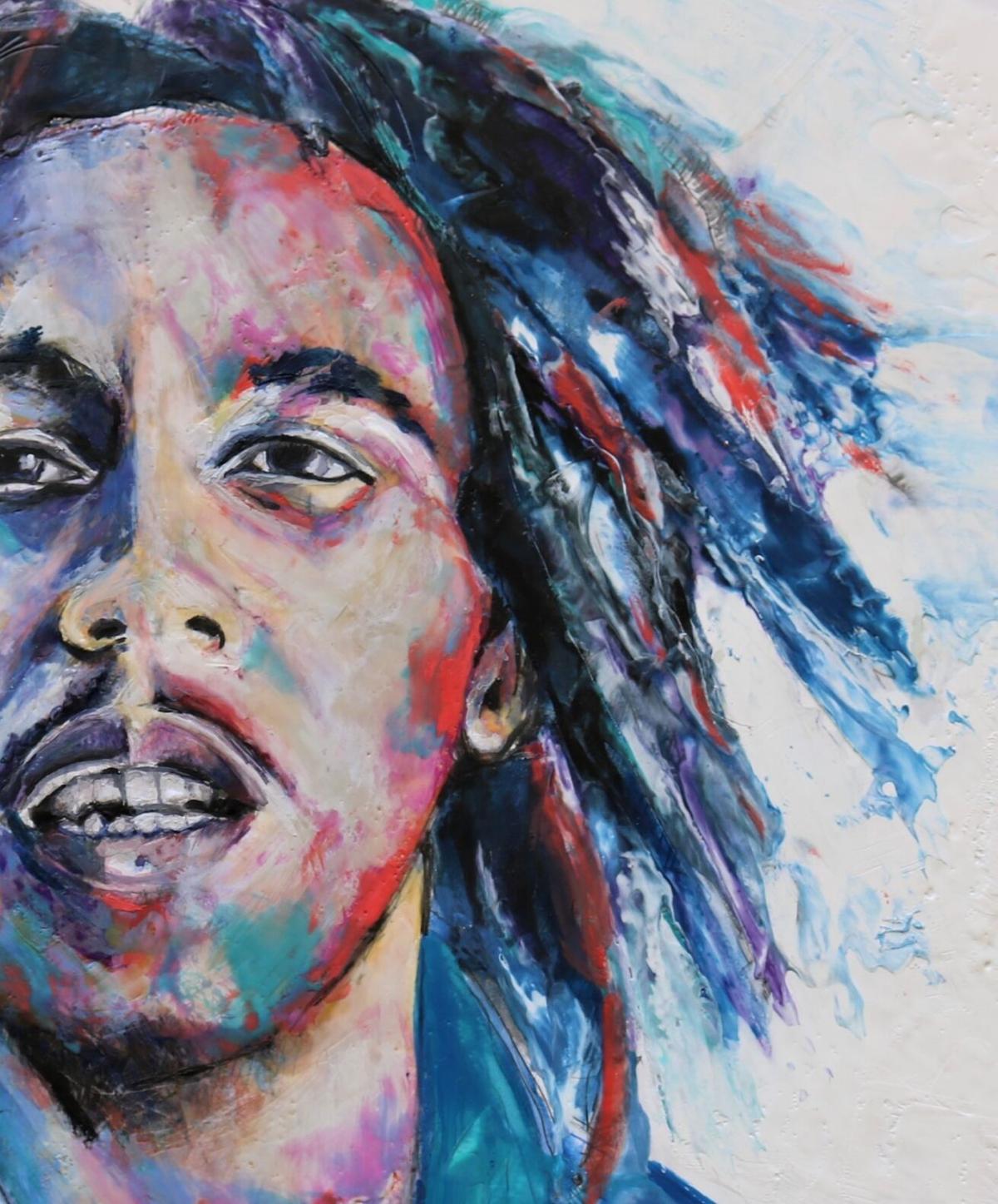 Brentwood artist Alison Fullerton has had her artwork on display at Franklin Art Scene, on billboards, on magazine covers and even in various galleries across Europe.

But it’s her current exhibit at the JCC Gallery in the Gordon Jewish Community Center in Nashville where she has reached a particularly satisfying milestone.

“I have 17 portraits on display there, so it’s a big solo exhibit,” Fullerton said. “In fact, it’s my first solo in Nashville.”

Her “Wax Narratives,” which features Fullerton’s American anthropologies from 2020 — “Native Women Warriors, Civil Rights Protest Singers, and Zoom Babies” — are on display through July 30 The Gordon Jewish Community Center is at 801 Percy Warner Blvd., and is open Monday through Friday until 7:15 p.m., weekends until 4:45 p.m.

Having lived and created in Brentwood since 1998, Fullerton is a contemporary portrait artist working in encaustic, an ancient medium using beeswax fused with heat. She paints by layering and scraping molten wax to reveal her subject physically and emotionally. She made a departure about five years ago, living and traveling in Europe from 2016-2019. While there, she sketched people in coffee shops and streets across the continent.

Returning to her studio in Germany, she began slathering the sketches in wax. She found that wax mimics flesh, giving skin a chromatic richness that is impossible to create in other mediums.

“I began finding ways to work the wax in a more painterly fashion,” she explained. “While most artists blend colors on the palette, I blend skin tones by layering wax, alternating opacity and transparency, and using an iron.”

After returning from Europe, where she was accustomed to open ateliers, apprenticeships and publicly supported artist guilds and exhibitions, Fullerton “hid out” in 2020 at her Brentwood studio, lifting her bed up each morning to make space to paint.

“Despite 2020’s adversities and closed galleries, I had unexpected blessings,” Fullerton said. “My paintings of resilient women warriors were selected to inspire people during the 2020 pandemic and appeared on 10 Nashville billboards.”

These were done through a nonprofit based in Charlotte, North Carolina, called ArtPop Street Gallery, which works through cities across the country to promote art on billboards.

In addition to creating art, Fullerton holds workshops on a limited basis in her studio. She can be found from time to time at Franklin Art Scene, and has recently been commissioned by Vanderbilt Women’s Center to create portraits honoring women who have had important roles at the university. Those are expected to be on exhibit sometime in the fall.