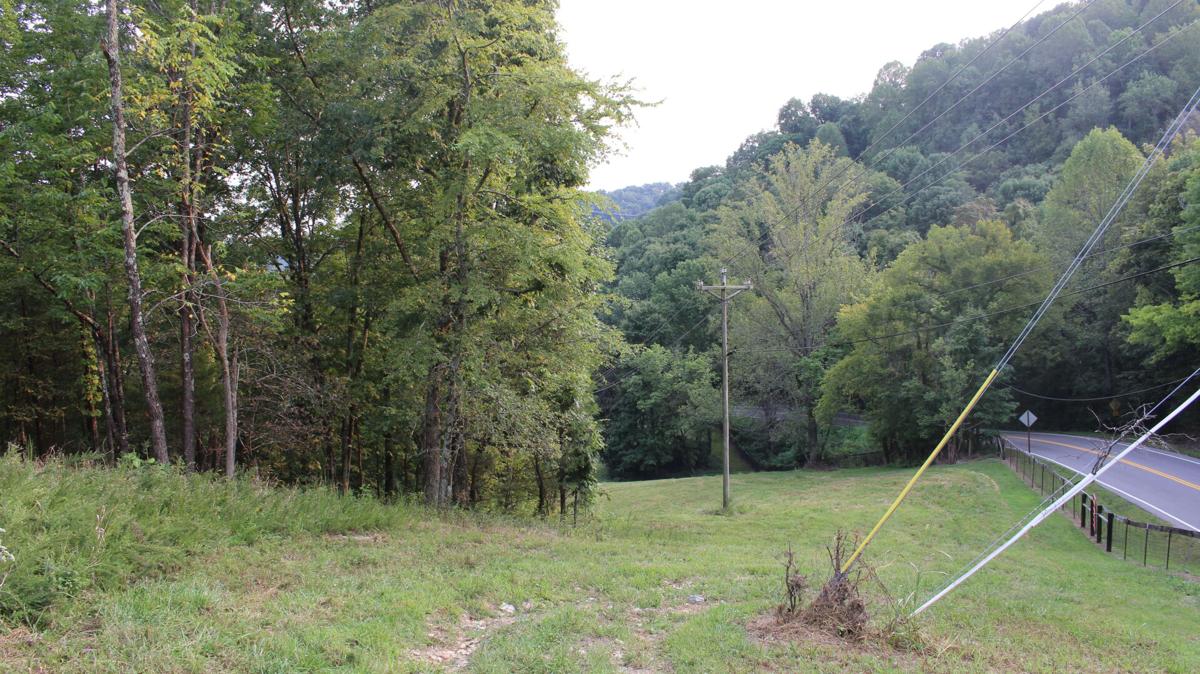 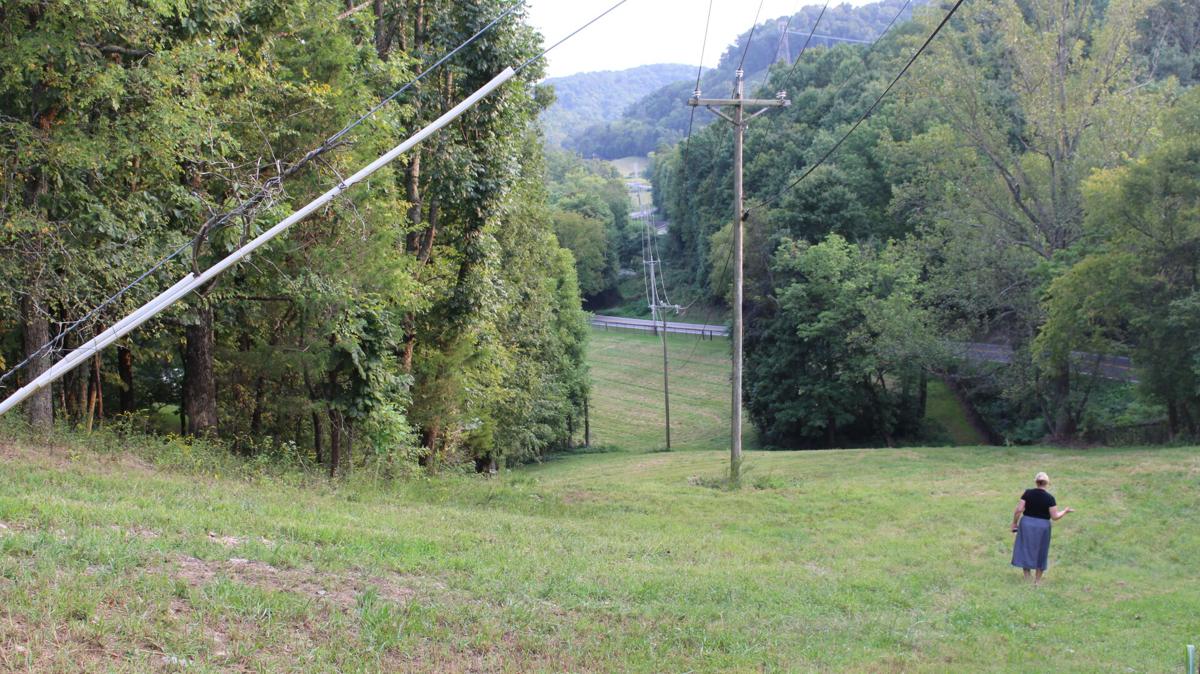 Marianne Menefee-Byrd walks the hillside that Milcrofton wants to carve out of the ground. 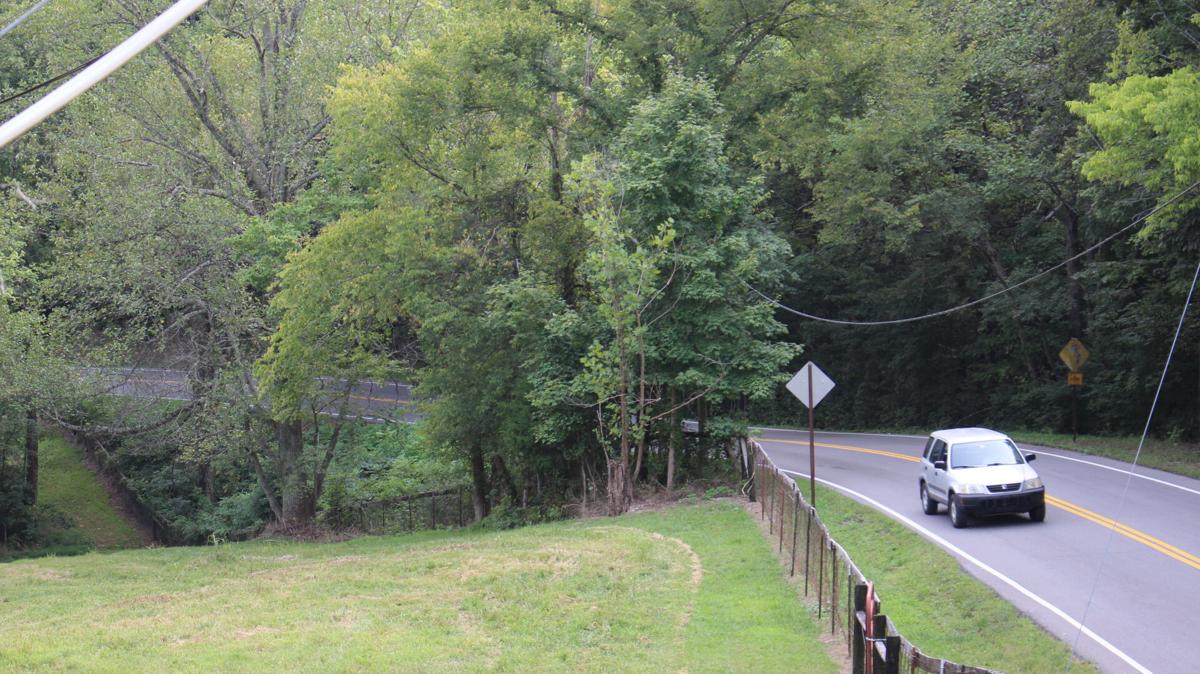 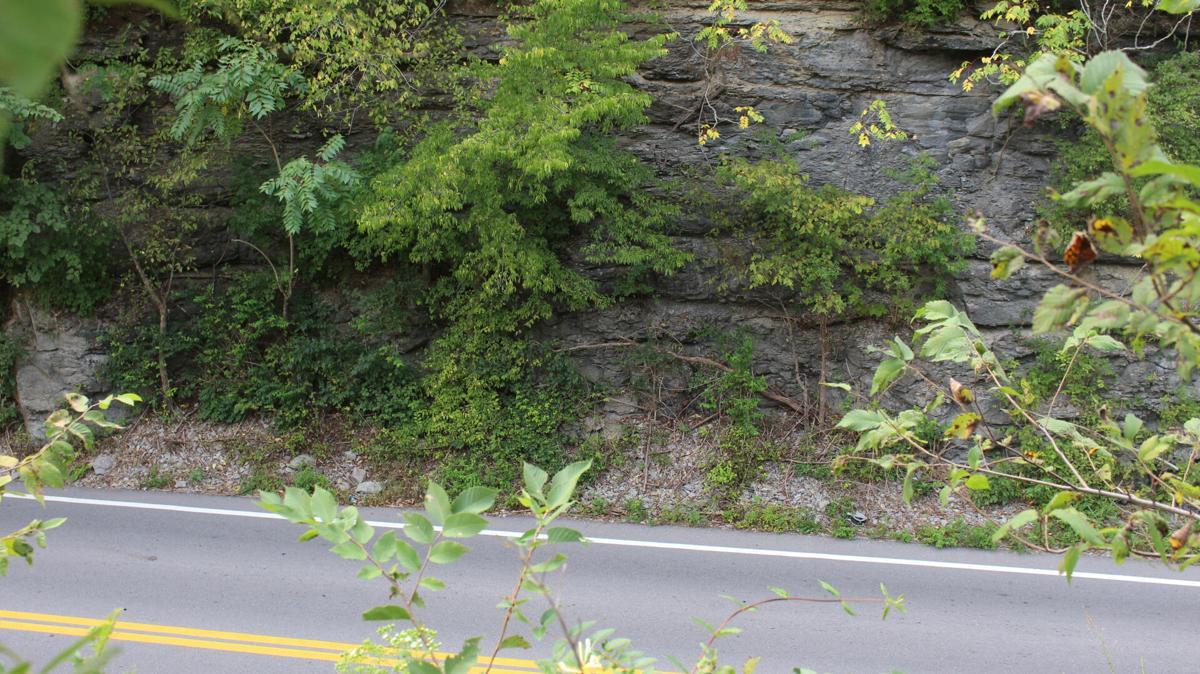 The rock layers inside the shifting soils of the land are made of weak shale and prone to landslides that have been known to cave in on the road. 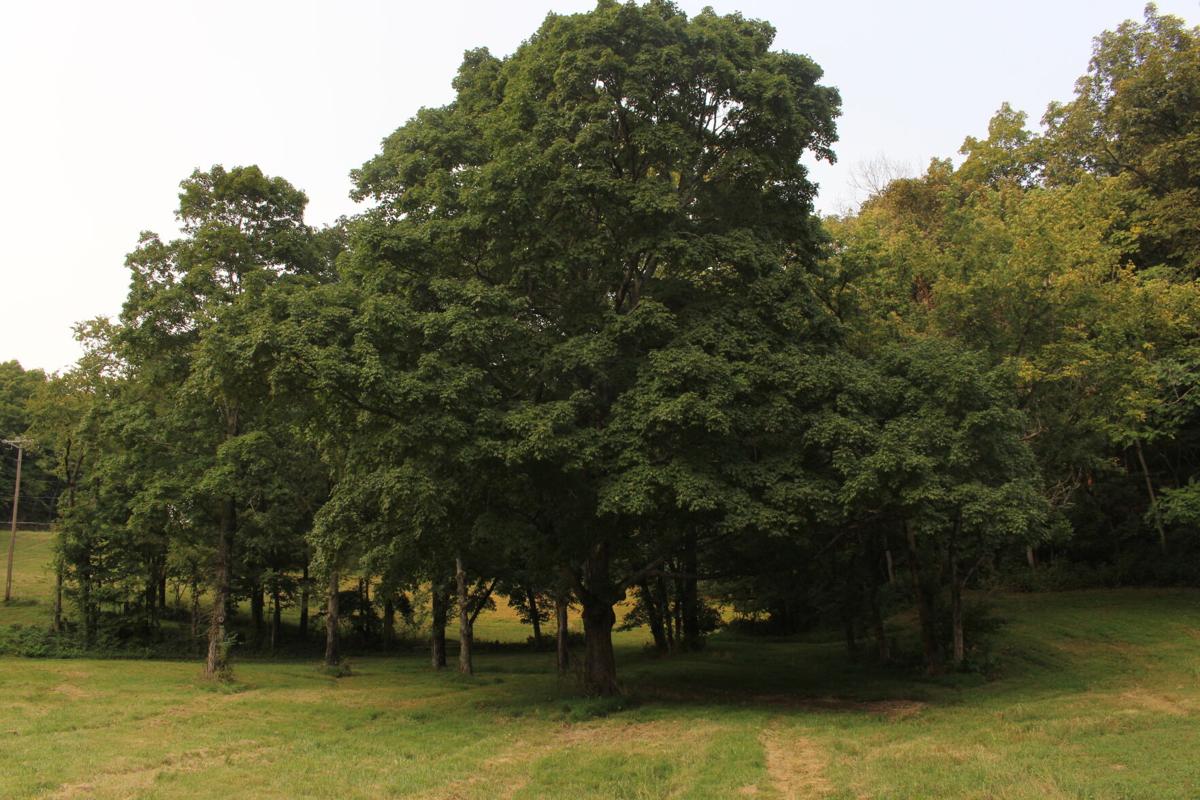 Several, old trees like these will be removed to make room for the future reservoirs. 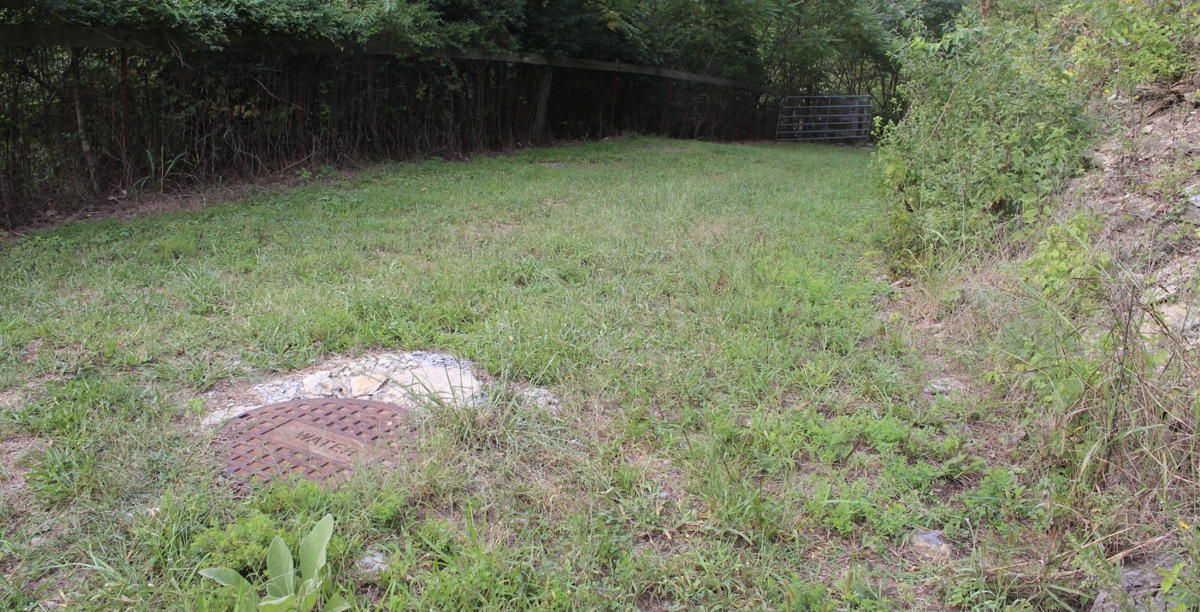 A Milcrofton manhole for one of the water lines lain onsite. 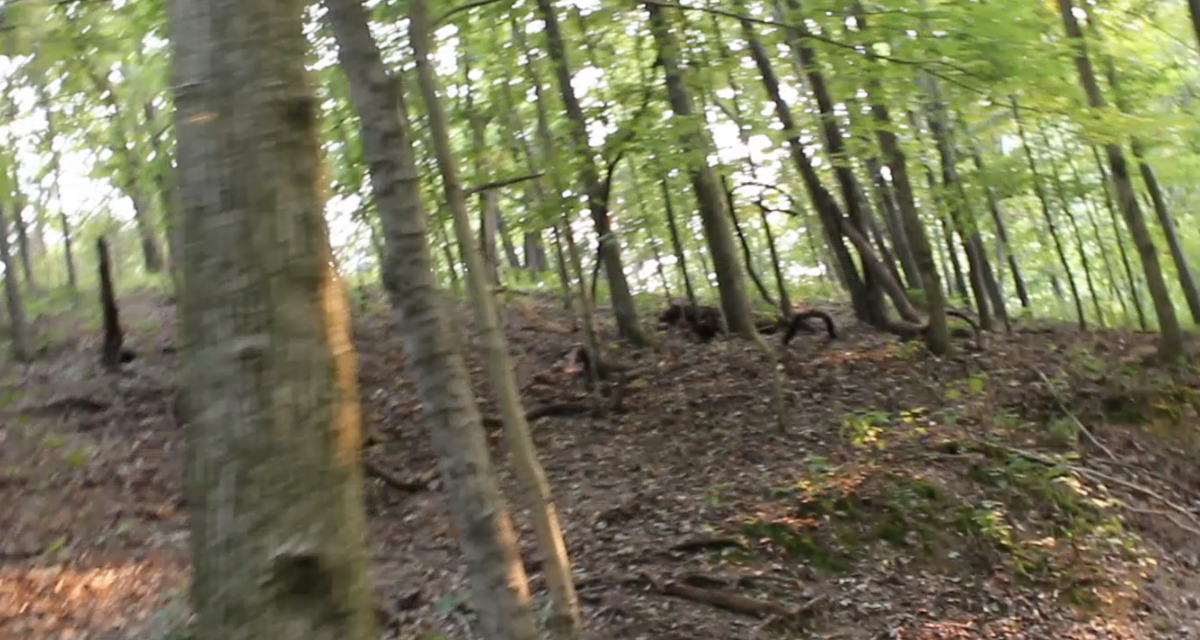 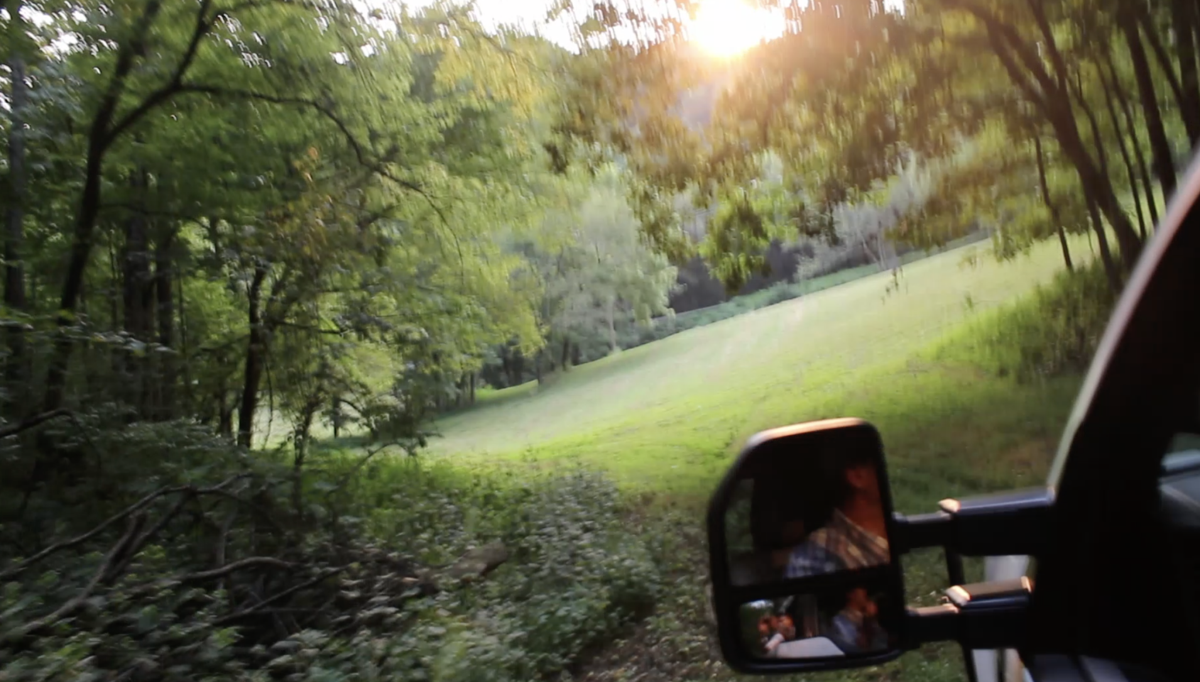 A clearing on which one of the future reservoirs will encroach.

Marianne Menefee-Byrd walks the hillside that Milcrofton wants to carve out of the ground.

The rock layers inside the shifting soils of the land are made of weak shale and prone to landslides that have been known to cave in on the road.

Several, old trees like these will be removed to make room for the future reservoirs.

A Milcrofton manhole for one of the water lines lain onsite.

A clearing on which one of the future reservoirs will encroach.

A growing number of Williamson County citizens are up in arms about the precedent represented by the public taking of a historic property in Brentwood.

Franklin-based Milcrofton Utility District, claiming to service 30,000 Williamson County residents and employees but only verifying a third as many customers across 94 square miles, aims to take over an acre of land from the Menefee-Byrd farm to embed water storage tanks — each the size of a two-story house — into the hillside that overlooks Holly Tree Gap Road on Brentwood’s southern border with Franklin.

The company’s board voted to file in court for condemnation of the land in order to use eminent domain — the government’s right to expropriate private property — to develop that land for water service infrastructure.

Nearly 400 people in the area have signed a petition to fight the public taking, and County Comm. Bert Chalfant is one who feels that the land grab demonstrates a precedent for the power of public taking that proves unsettling for landowners in Williamson County.

After speaking with Mayor Rogers Anderson, though, he is not optimistic that there is anything to calm fears for others about whether the same could happen to their own land.

“He sort of left in my mind: basically saying there’s nothing legally we can do,” Chalfant said. “This is something that was established years ago when the county was just really developing, and because of the geography of the county, they sort of broke it off into blocks, and this is how it ended up.”

Chalfant added that he is as confused as anyone else as to how Milcrofton Utility District’s authority is structured. It established its own board, which, against the norm, acts similarly to a county commission. The Byrd family also sources their water from the Mallory Valley Utility District, yet Milcrofton appears to be making a grab within another district, which has led the family to speculate about a possible turf war between Milcrofton and Mallory Valley.

“I don’t know if that exists anywhere else in the state of Tennessee,” Chalfant added regarding the district’s board structure.

The plan is to cut 40 feet deep into the hillside bordering Holly Tree Gap Road along the waterline that they already established on the property over a decade ago when it was owned by Albert and Valere Menefee, who have since passed it onto Andrew Byrd and Marianne Menefee Byrd, making it 65 years that the land has been in the family so far.

This will put a sudden cliff in the hillside, and the future Brentwood infrastructure aims to service businesses and residents on the opposite side of Cool Springs miles away near their own headquarters, which is off Interstate 840 in Franklin.

“They sent basically the same letter to my mother-in-law that they sent to me,” Byrd said. “It basically said either sell us an easement for $16,000, or we’re going to condemn your property. And we’re good citizens; we had no problem.”

Byrd called it a form letter nearly identical to the one Valere Menefee received years ago, and this was to establish the second of two water lines Milcrofton currently has onsite. Eight years after the second line was lain, they now take a firmer approach to seizing the land they wanted without any prior communication.

“The growth in Williamson County requires improvements in infrastructure,” said Mike Jones, Milcrofton General Manager. “The construction of these reservoirs was not under discussion years ago when Milcrofton laid water lines on the property.”

Milcrofton offered $100,000 for the acre, which the Byrds predictably rejected. The pre-established water lines are already optimally configured for the development of the new reservoirs, which the Byrds suspect is because it was always Milcrofton’s intent to use the water lines as a reason to come back for the land grab.

Brentwood zoning ordinances also outlaw hilltop development since 2013 specifically because of rampant risk of landslides, and according to Byrd, the city is aware that his hillside is one such risk site. The rock that makes up the hillside — layers of which are visible from the street — flakes off almost on contact like cake.

The foundation consists of unstable soils on weak shale rock featured in the above photo gallery, which groundskeeper John Richards demonstrated for Home Page can simply be pulled out by hand with ease like Jenga blocks. He and the Byrds expect no stability for a structure of this size to be developed there.

“You don’t bring a horse down that way because the whole thing would slide with you,” said equestrian enthusiast Menefee Byrd of the spot where Richards snatched exposed rock right out of the earth.

Milcrofton planning a pair of million-gallon reservoirs suggests to her that they have not thought it through, though the company claims to have already done an engineering study. The Byrds have requested to see the report, but Milcrofton has yet to comply with their request.

When the Home Page requested to see it, Milcrofton shared instead a memorandum from Inflo Design Group, LLC., which only studies Milcrofton’s water distribution system for its operational challenges and recommended improvements while also showing only 10,000 customers serviced.

“Milcrofton will take all appropriate measures to ensure the stability of the site,” Jones assured Home Page.

Real estate law pundit J. Ross Hutchison at Smith Cashion & Orr confirmed the eminent domain process as being a common way for a government entity to condemn property for public use, provided the entity offers fair market value for the property. However, government entities are notorious for making an offer on the lowest end of that somewhat subjective value.

This necessitates landowners having trustworthy appraisers to determine whether or not they are being “lowballed,” and a good attorney to challenge the value in court if necessary, which is precisely what the Byrds are prepared to do. They have retained Tom V. White of Tune Entrekin & White, P.C. — the same legal representation Amazon chose to deploy before Mount Juliet’s mayor and commissioners when angling for the largest development in the state.

“If needed, the attorney can challenge the value offered in a local court wherein a judge or jury, after hearing the proof from both the landowner and the government, can determine the fair market value to be paid to the landowner or if the condemnation if legally necessary,” Hutchison explained.

Formerly known as the Holly Hill Farm, the property itself is a historic site traveled by the likes of President Andrew Jackson via wagon with a four-to-six-horse hitch.

Andrew Byrd and Marianne Menefee Byrd — the current owners of the property and fixtures of Nashville’s annual Iroquois Steeplechase horse race — have disallowed hunting on the more than 25 acres they own because the land serves as a sort of wildlife reserve, the last safe green space in Brentwood for many animals. The legacy reached their family 65 years ago when Albert and Valere Menefee originally moved to Holly Hill Farm.

The Byrds have mounted a petition to “Save Holly Tree Gap Road” from the feared effects of the hillside development, which they expect to be hazardous.

Originally called Middle Way — the first road between Franklin and Nashville as authorized 225 years ago by the Williamson County Court — it featured the Civil War’s Battle of Holly Tree Gap in 1864 yet now risks landslides amid significant rainfall, as evidenced when the hillside Milcrofton wants collapsed onto the road in the 2010 flood, an increasing likelihood as climate change effects have pushed recent flood incidence in the region to an inflection point.