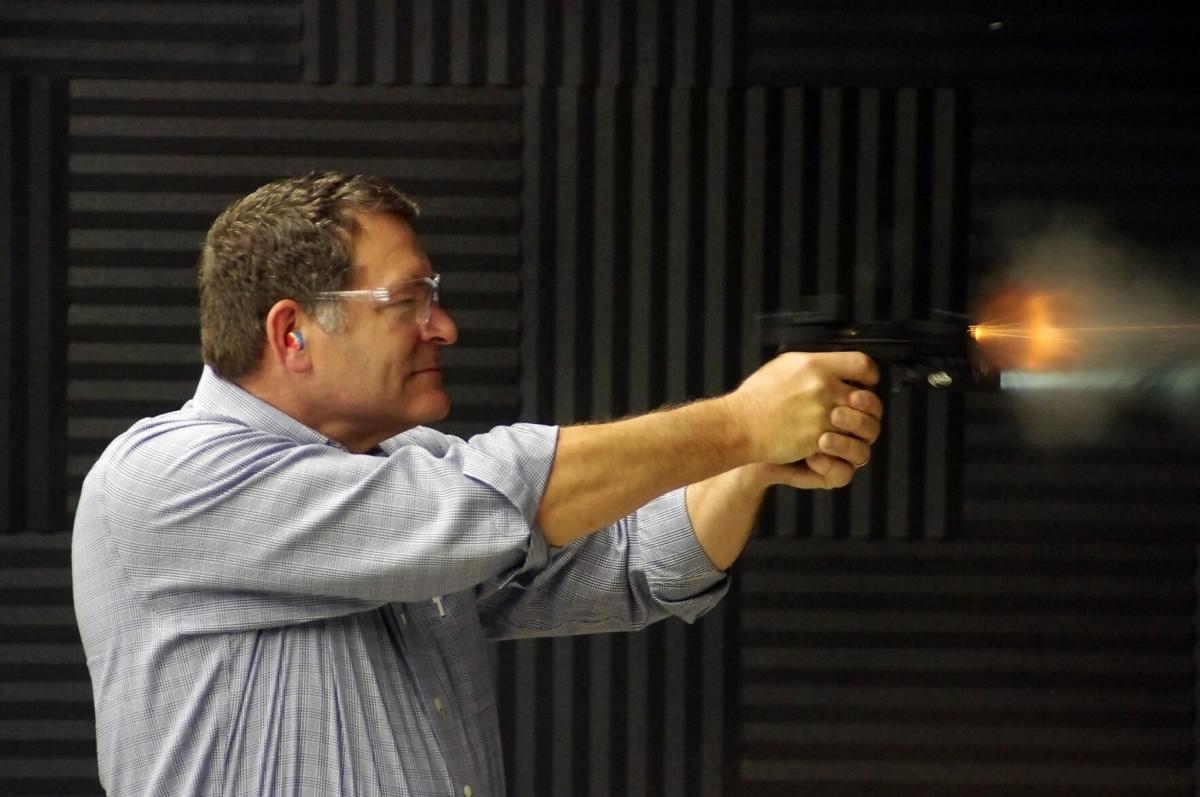 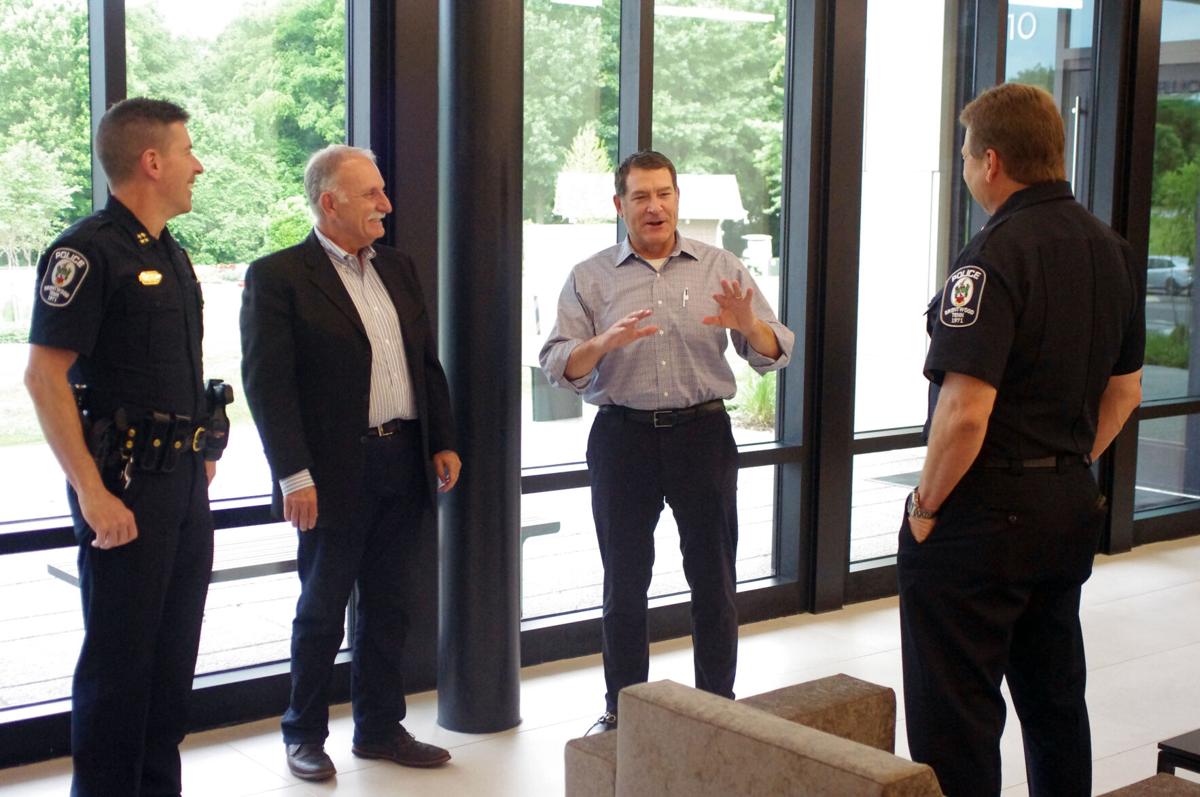 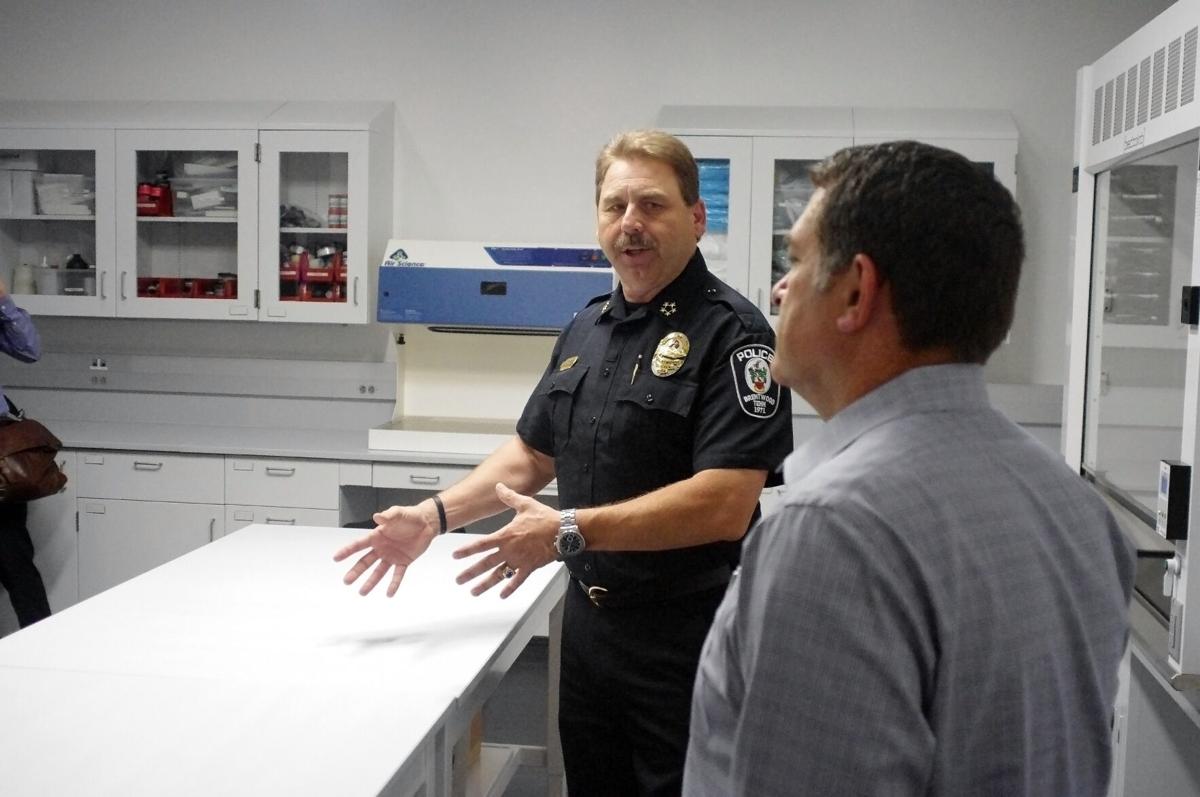 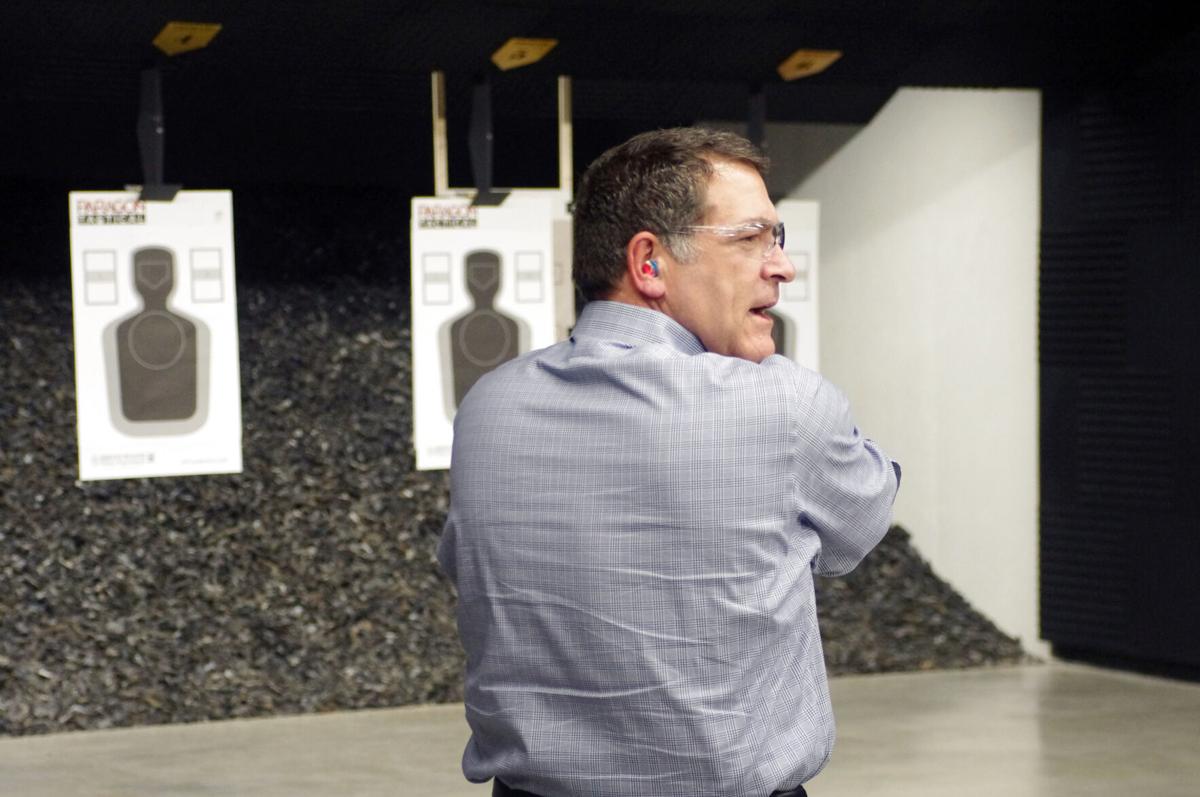 The new headquarters for the Brentwood Police Department saw a visit from Congressman Mark Green on Wednesday, where Police Chief Jeff Hughes gave the U.S. representative a tour of the facility, a chance to shoot at the firing range and a rundown of the department's new virtual training simulator.

Located on Heritage Way, the new $29 million facility is two stories, 55,000 square feet and is the single largest capital project in the city's history. Save for prisoners still being booked at the former police headquarters, something Hughes said would move to the new facility by the end of June, most police operations have already been moved to the new location.

"This is obviously a state-of-the-art building, I don't know that there's a building in the country comparable to it," Hughes said.

"We work out of here, but this is the citizen's building; we want them to be proud of it. We believe that because of this building, it will allow us to do the job that we were doing good even better."

Hughes also noted the advantages of the new facility's centralized location within the city, saying that police officers could have better response times when responding to emergencies.

Hughes guided Green throughout the two-story facility, giving him peeks into nearly every room; evidence, interview and processing rooms, forensic labs, and even the facility's state-of-the-art fitness center.

Green was also given the chance to fire a Smith & Wesson pistol at the facility's firing range, with officers demonstrating the advanced capabilities of the range's moving targets.

Later, Green was taken to the facility's VirTra training simulator, a virtual reality simulator that pits officers in a variety of situations while surrounded completely by interactive screens. During the simulations, officers can fire a mock gun at the screens and shout commands.

Impressed with the facility, Green thanked Hughes and his department for their efforts in protecting the Brentwood community. Green also touched on the importance of adequately funding police departments amidst ongoing calls to defund law enforcement agencies.

"Most people are great, but there are bad people in the world; there's evil in the world, and you have to have men and women who are willing to put themselves at risk to defend people," Green said.

"That's the only way you can have freedom, is to have someone who's willing to defend against the bad people whether it's military or law enforcement."