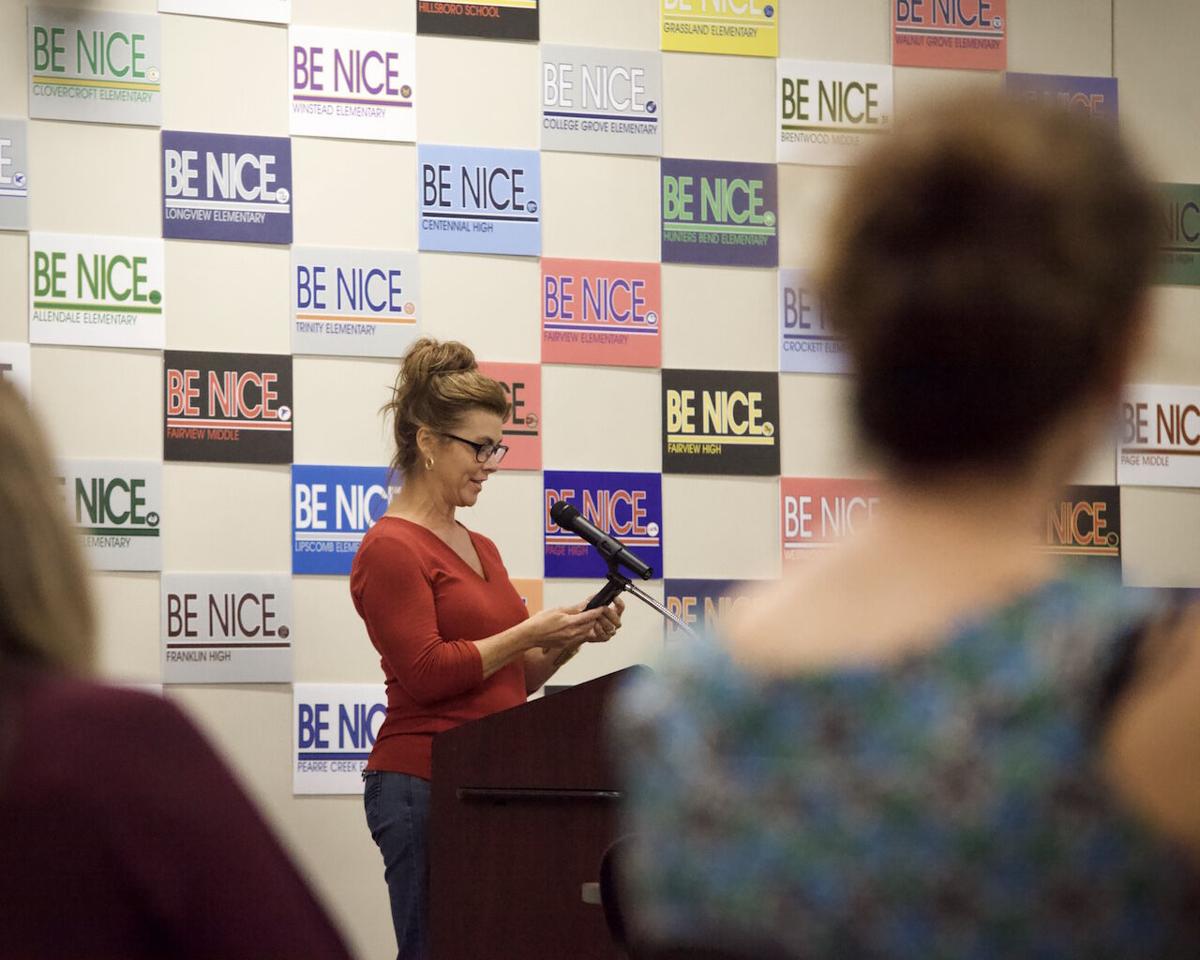 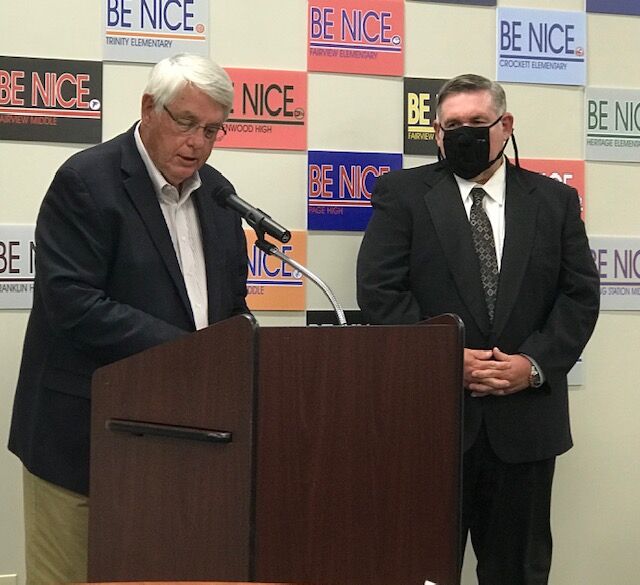 Williamson County Mayor Rogers Anderson reads a proclamation on retiring WCS board member Gary Anderson, announcing that Aug. 24 will be recognized as Gary B. Anderson Day.

As the Williamson County Schools district prepares to have all students return to school buildings in phases over the next couple of weeks, a group of parents took the opportunity at Monday night’s Board of Education meeting to send this message: Let’s keep it that way.

One went so far as to ask the board to draft a resolution that would ensure students won’t have to return to the method of remote learning that is currently being used for most.

Calling out each board member by name, Kristin Bratten of Brentwood said, “We ask that you make a motion and vote to reject the entire COVID school plan and the metrics and vague language that is blocking our children’s rightful education, and send our kids back to school and to stay there permanently.”

Bratten was one of five parents who took time to speak during the meeting’s public comments section, the first time that part of the meeting has been held in person since March. The others echoed Bratten’s sentiment, one that was also vocalized a couple of weeks ago during a protest held by a grassroots organization known as Back to School — Williamson County.

Jonathan Wells of Franklin listed a number of consequences that can come from kids having to learn remotely. He referenced a letter about the danger of suicide that was read by board member Jay Galbreath, District 6, at Thursday night’s work session.

“Probably the most important thing is mental health,” Wells said. “I think we need to frame that in the right context. We’ve done a lot of talk about virus mitigation. I don’t know if there’s been enough talk about the real danger to our kids, and that’s suicide. I think we really need to make sure we have the safeguards in place to make sure they’re not at risk. The virus is important, but it’s not the only thing.”

WCS opened the 2020-21 school year on Aug. 7 with students in pre-K through second grade returning in person, while third graders and older started the year learning remotely. More than 6,700 students and 615 teachers are using the WCS Online program through at least the first semester.

Last Friday, the district announced it would use a phase-in plan to eventually have all students on campuses by Aug. 31. Beginning Monday, Aug. 24, all elementary school students, including pre-K and early childhood, will be on their school campus for on-campus learning.

On Friday, Aug. 28, sixth- and ninth-grade students will return to campus for on-campus learning, and on the following Monday, all traditional students will be on-campus.

WCS Superintendent Jason Golden said at Monday’s meeting that the metric being used to show various levels of virus spread risk is currently in line for opening the classrooms. The wearing of masks or face coverings is mandatory, and students, teachers and staff will adhere to other safety protocols.

“We’re in that range where it is appropriate for us to be on campus,” he said remotely, as he is isolated from having tested positive for the coronavirus. "I’m encouraged by where we are and where we’re going to go. Now with that said, I think it’s very important that we emphasize following those safety protocols.

“When we go back on campus, we’re not going to be able to stop people from being near each other over the course of class periods. It’s just the nature and size of the classrooms, and so the importance of wearing masks becomes even greater.

“We do believe that the structure we have put together is our best hope to be on campus throughout these next few weeks into months. There is a caveat – there are no guarantees.”

Monday night’s meeting also marked the end of an era of sorts, as board chair Gary Anderson wrapped up his 30-year career on the board with retirement scheduled for the end of August. Williamson County Mayor Rogers Anderson read a proclamation and declared Monday, Aug. 24, as Gary B. Anderson Day.