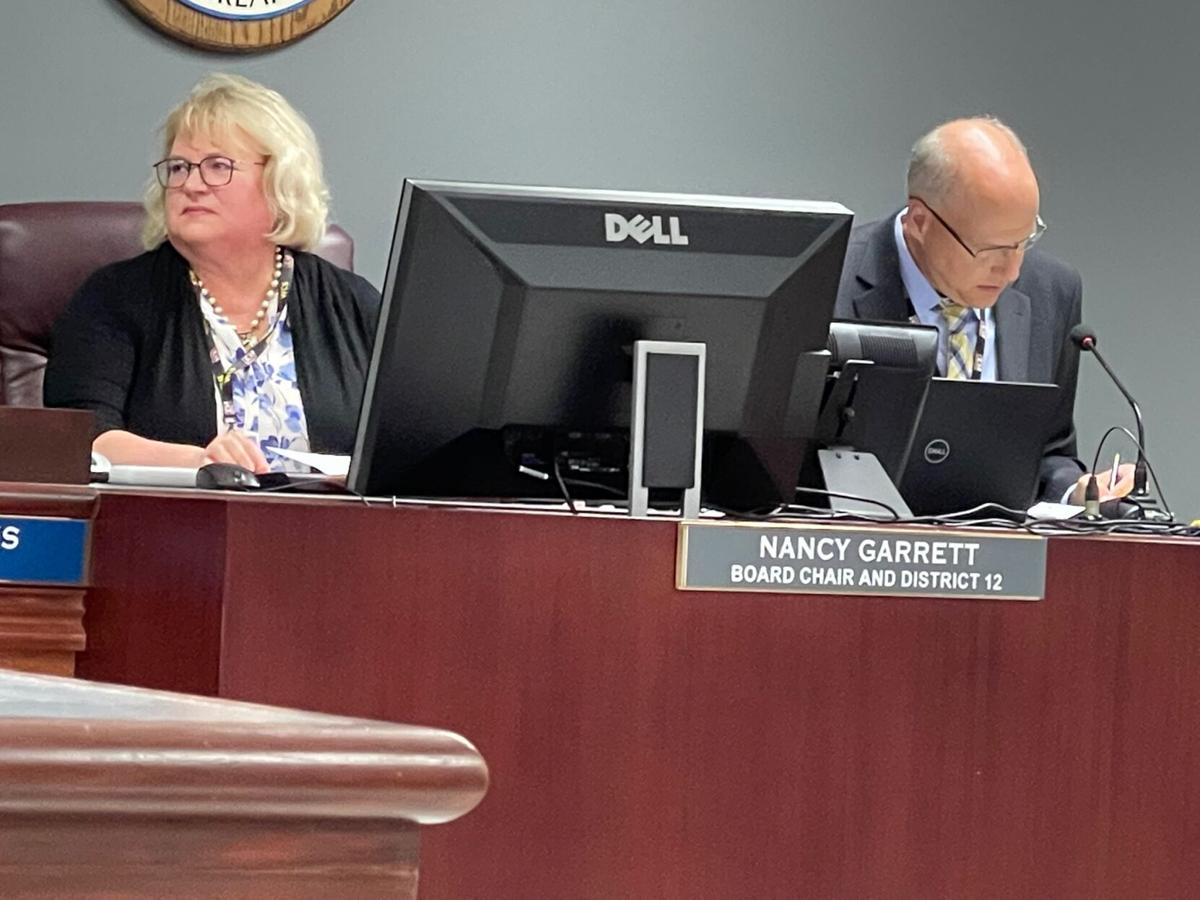 Board chair Nancy Garrett and Superintendent Jason Golden prepare for the start of Monday night's meeting. 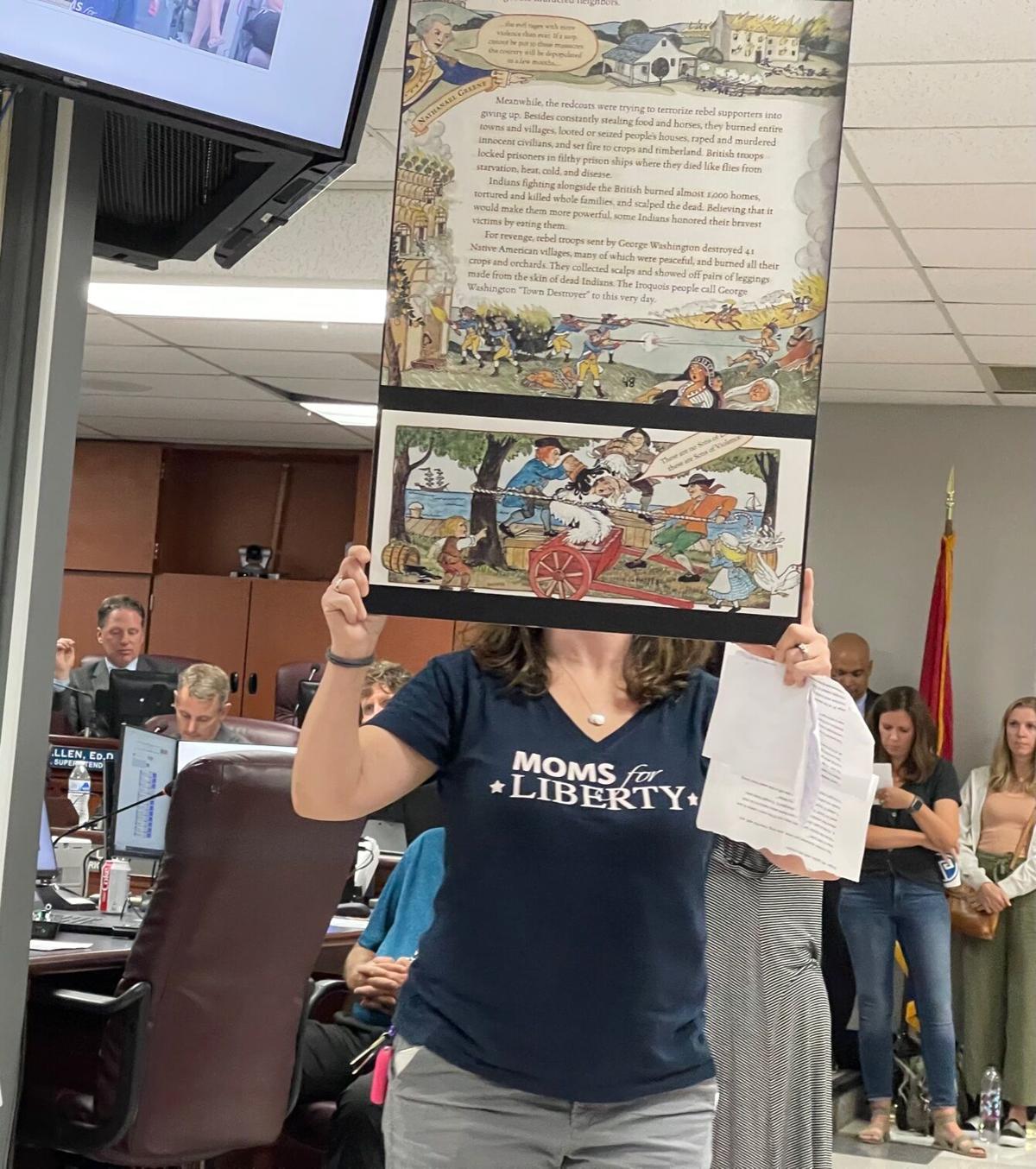 Angie Colvin holds an illustration from one of the materials presented in Wit & Wisdom.

Facing a barrage of emotional and even angry parents at Monday night’s Williamson County Board of Education meeting, members voted to extend by one year the contract for Williamson County Schools Superintendent Jason Golden.

The vote of eight in favor of the extension, two against and one abstention (with one member absent) came after a rather boisterous public comment segment of the meeting. A vast majority of speakers proclaimed their displeasure with the district’s Wit and Wisdom curriculum, critical race theory and the use of the consulting firm Fostering Healthy Solutions.

And whether stated or implied, virtually all of those speakers stood against a contract extension for Golden. At least one took board members to task as well.

A handful of speakers showed support for the district and the contract extension.

Galbreath, who has questioned or opposed many decisions Golden made or recommended throughout the pandemic-laden 2020-21 school year, said that his no vote didn’t mean he wanted Golden to be removed.

“I did not think we did everything,” Galbreath said. “I didn’t approve or agree with a lot of the measures that were taken, and I do think it was to the detriment to our kids this year. I don’t think we put students first. Given the year that we’ve had, I can’t support extending his contact at this time. But I don’t mean to say that I’m out to fire him.”

“If we don’t extend his contract, the board is saying he didn’t follow the plan, he didn’t meet the expectations or the goals,” Wimberly said. “We’re saying, ‘Mr. Golden, you might want to be looking for a job elsewhere.’ And if there is anyone who is marketable as a school superintendent at a larger district that pays better than we do, it’s Jason Golden.

“He hasn’t pleased all of us all the time, but the results speak for themselves and he has done what this board has asked him to do. So I say Mr. Golden deserves to have his contract extended.”

All of Monday night’s meeting can be viewed on the district’s YouTube channel.

Much of Mr. Golden's "successes" forced me to enroll my children in private school. Keep up the good work.