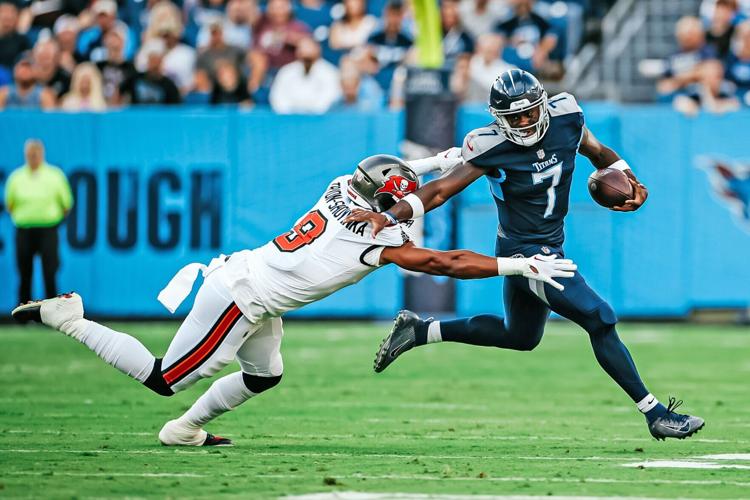 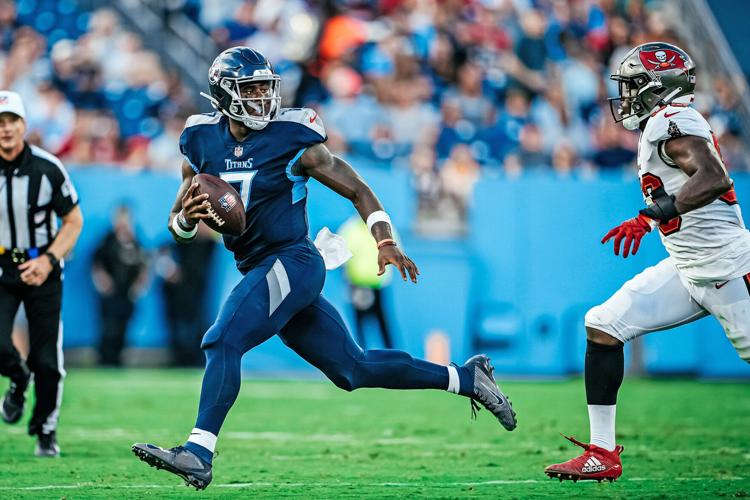 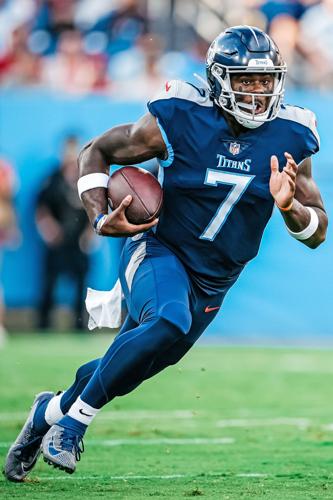 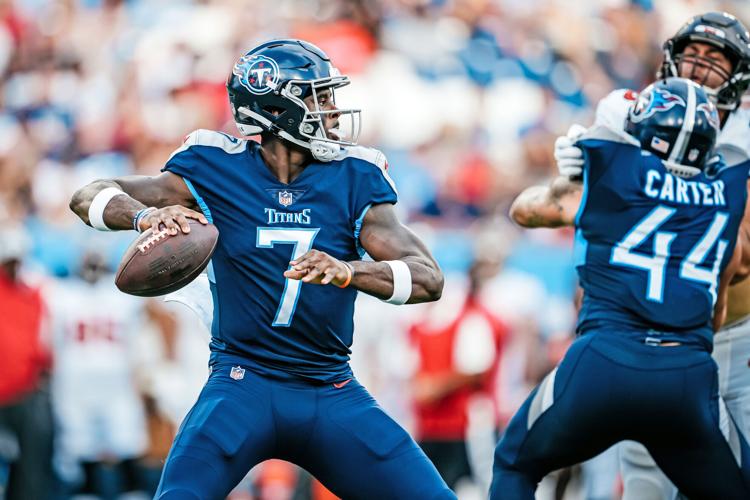 Those pushing Ryan Tannehill out the door after Malik Willis’ performance in the Titans’ preseason opener against the Baltimore Ravens may now want to pump the brakes.

In his second start of the preseason Saturday against the Tampa Bay Buccaneers at Nissan Stadium, Willis again showed flashes of brilliance mixed with glimpses of tangible inexperience.

For example, on his first play of the game, Willis perfectly executed a play-action pass to Nick Westbrook-Ikhine for a 21-yard gain. Perhaps even more impressive was the 2.51 seconds he needed from snap to throw before locking in on Westbrook-Ikhine (Willis averaged nearly four seconds per drop back against Baltimore).

But then the 23-year-old rookie completed just four of his next 12 passes for 42 yards and was sacked twice.

But that final drive of the first half encapsulated specifically what the Titans coaching staff and Willis have been working to improve.

On his first completion, he stood in the pocket, evaded pressure, rolled out to his left and hit Hassan Haskins down the sideline near the Tampa Bay 8-yard line. Two plays later, Willis did more of the same, climbing the pocket, going through his progressions, waiting for rookie tight end Chig Okonkwo to reset his route before hitting him in stride for his first touchdown pass of the preseason.

“I finally stood in there for once,” Willis said. “The O-line did a great job, Chig got open for me, everybody else ran good routes and it just worked out so good.

“…It's me sitting in the pocket. That's what it all comes back down to.”

Willis’ elusiveness is well-documented. Several times he avoided would-be sacks, even breaking off a 24-yard gain in the second quarter after escaping two converging edge rushers on the right side and exposing a hole in Tampa’s defense down the right sideline.

The goal for all involved now appears to be getting Willis more comfortable stepping up in the pocket in the face of pressure — an area in which he showed solid improvement from last week.

“If you run out the back of the pocket in this league, these guys are coming,” Vrabel said. “We'll continue to coach him in his pocket presence and being able to keep his eyes downfield. It's such a fine line. …We at least made some progress there. Then we'll continue to work on some of the other stuff.”

Added Willis: “It's about making it a big point to stay in the pocket when I can. And not just because I'm athletic or I can get out when I want to. And it is understanding when not to. That's why I'm a little disappointed in myself. I got out [of the pocket] a little bit too much. But it's a growing process. It's my second preseason game. I'm not going to be too hard on myself in that regard.”