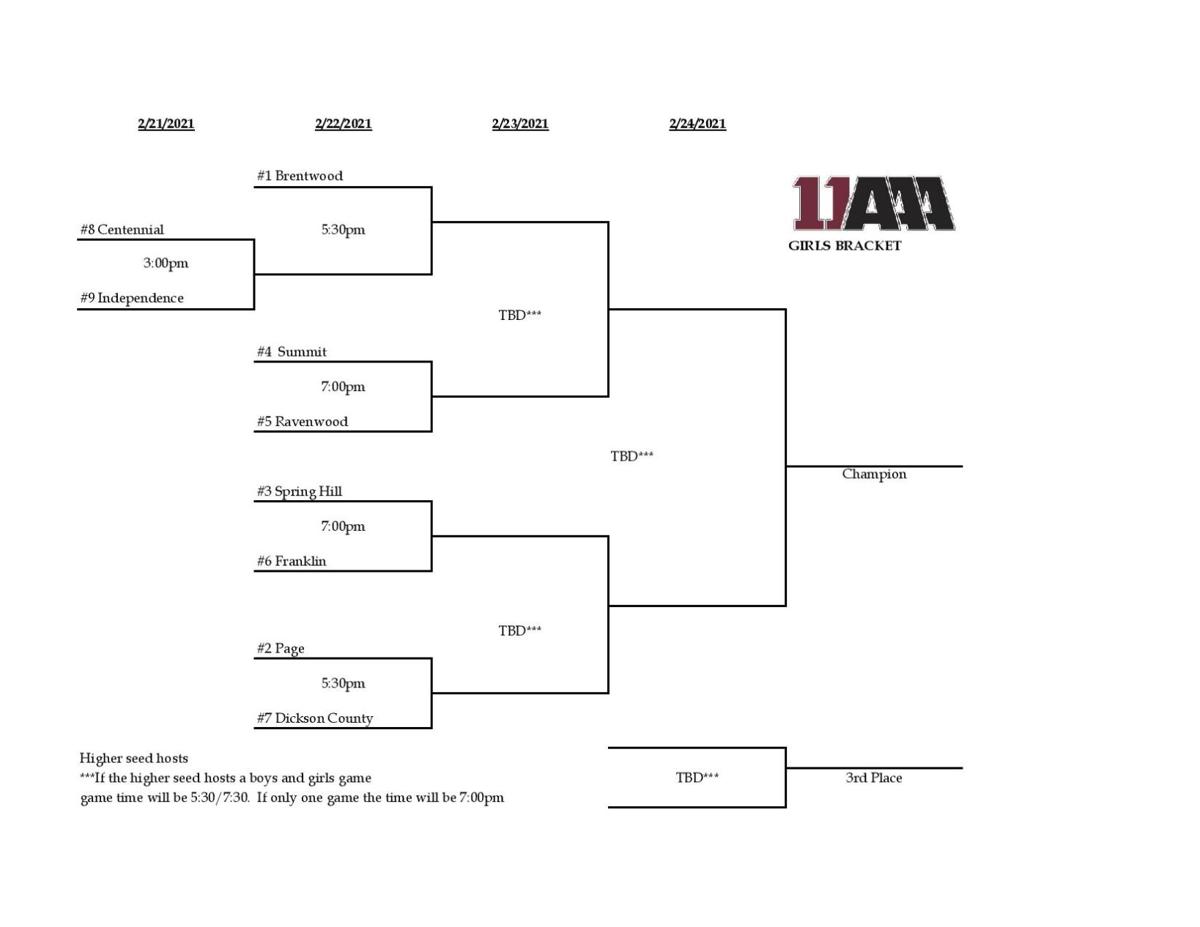 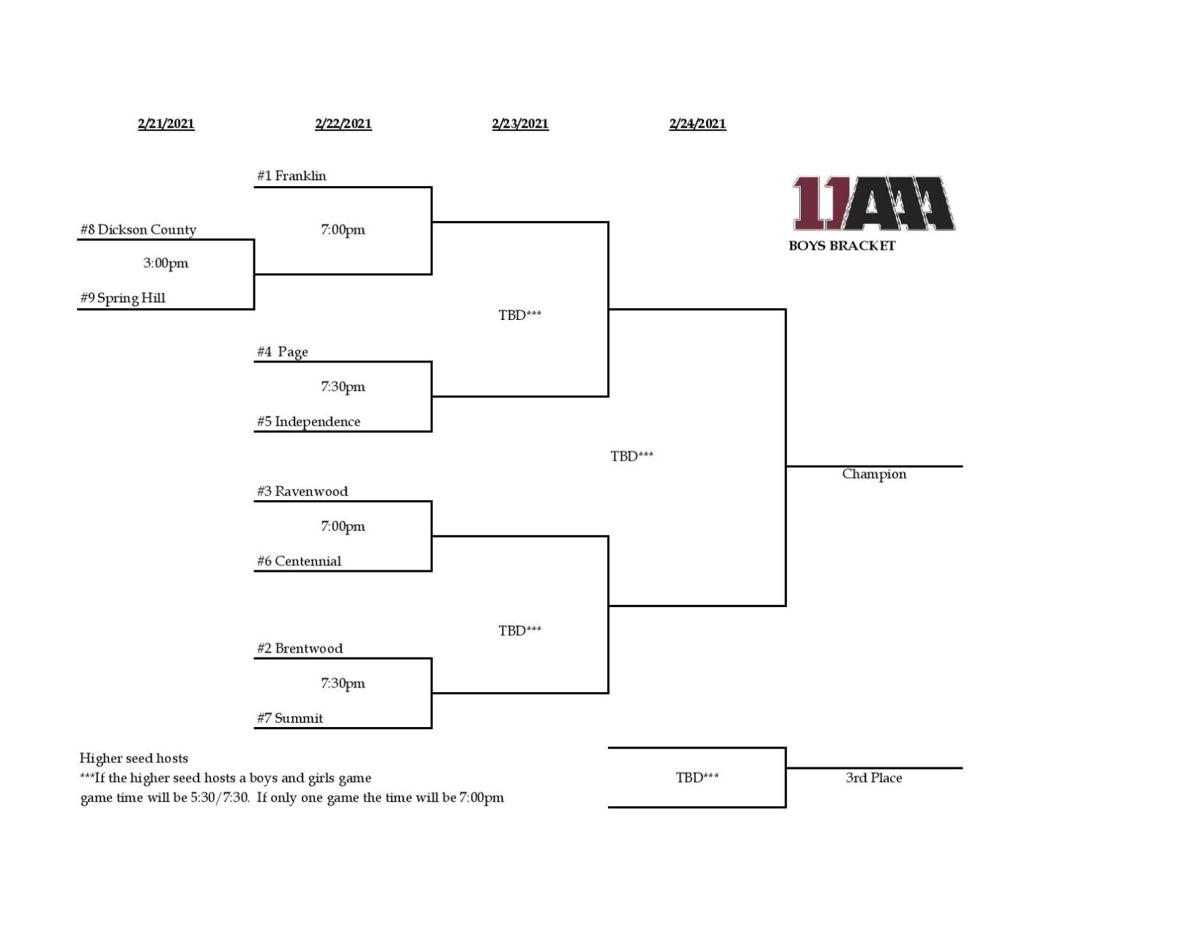 Brentwood will face the winner of Sunday's game between Centennial and Independence, while Summit will play five-seed Ravenwood, Spring Hill will face six-seed Franklin and Page will face seven-seed Dickson Co.

The semifinals and finals will take place next Tuesday and Wednesday, destination TBD.

As for the boys, top-seeded Franklin will lead the bunch, with two-seed Brentwood, three-seed Ravenwood and four-seed Page hosting home games next Monday.

Franklin will face the winner of Sunday's game against Dickson Co. and Spring Hill, while Brentwood will play Summit, Ravenwood will play Centennial and Page will play Independence.

Those semifinals and finals games are also TBD.

Williamson County Schools is still on a third limited capacity policy, but separated student sections will return in time for playoffs.