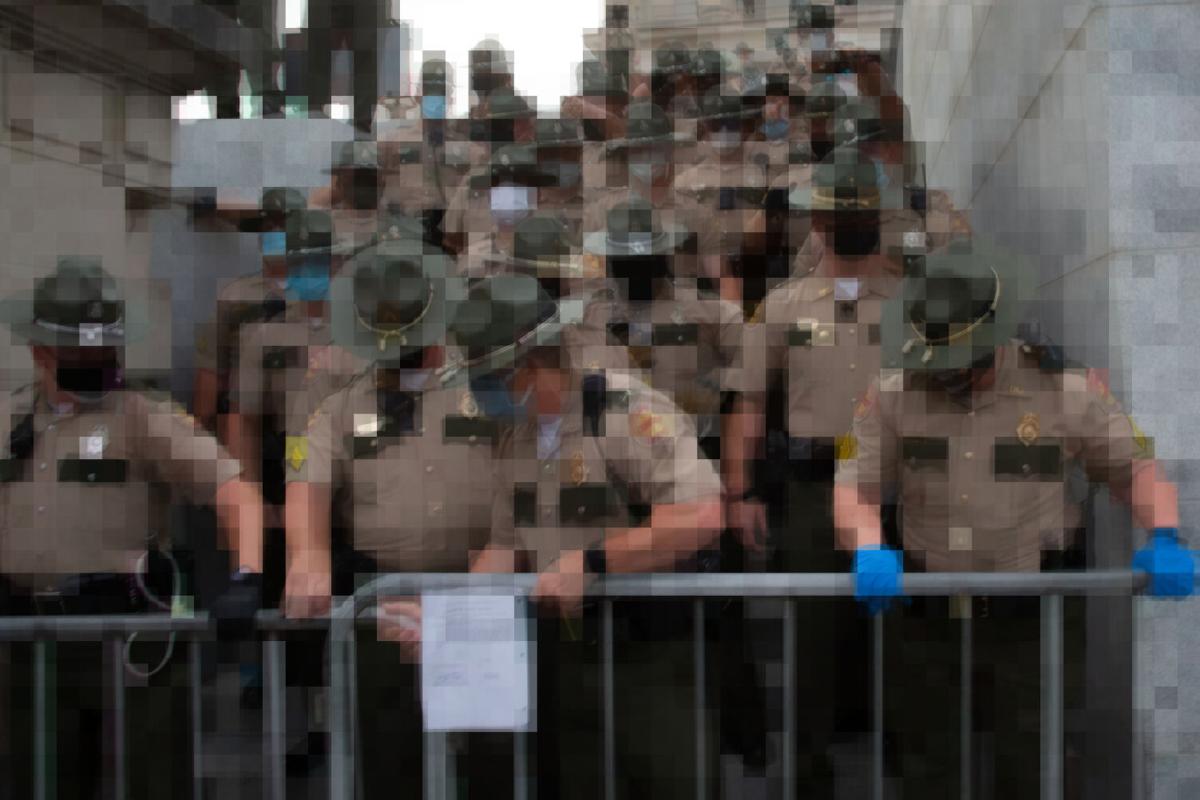 A brief history of artificial intelligence by Livescience.com

The revelation came to light after Buzzfeed News published a story in April detailing that nearly 2,000 law enforcement agencies across the nation used a controversial artificial intelligence facial recognition software by Clearview AI.

That technology uses an artificial intelligence program to collect, store and search images of people (including children) that have been uploaded to the internet, especially from social media networks. It's via a method called “scraping,” which is in violation of the terms of use for companies like Google, Facebook and Twitter.

Clearview AI's software searches billions of images that have been stored by the company from publicly available sources and that number is growing by millions each year.

The data was given to Buzzfeed News reporters. They were provided with leaked information about the agencies and searches through a confidential source, and that data represents agencies who used the software from 2018 through February 2020, some of which were accessed through a free trial of the software.

Buzzfeed created a searchable table for each agency that includes how many searches were done and any reply for a request for comment from each agency.

Representatives from the Tennessee Highway Safety Office, which oversees THP, did not return a request for comment from the Home Page on the use of the software, but all three Williamson County agencies did comment on the extent of their use of the software.

BPD Police Chief Jeff Hughes told Buzzfeed, “Upon further review, it appears that one of our Detectives did use a trial version of this software beginning in November 2019/early 2020. He was the only user. He is no longer using it and no arrests were made as a result of this technology.”

BPD Assistant Police Chief Richard Hickey expounded on the department’s use of the software in an email to the Home Page.

Hickey said that BPD attempted to identify possible suspects from several theft investigations using surveillance footage but no positive identifications or arrests were made.

“We tried the software in a small number of cases. The high number of 'uses' resulted from having to pull multiple images from surveillance video we had on existing cases where we had images of a suspect, but did not know that suspect’s identity,” Hickey said.

“These individual images were then checked by the program to see if they contained enough data points to then attempt to find a match from media which is available publicly. We were unable to make any matches due to the resolution of the video being too low to be able to be effectively used with the program.”

Hickey said that BPD’s use of the software came about as a free trial offer from Clearview AI, and added that the department has not utilized any AI/facial recognition software before or after that free trial period.

He added that BPD did not store any of the information extrapolated by the software, and said that BPD does not have any plans to continue using any AI/facial recognition technology at this time.

“Privacy is always of great concern to the Brentwood Police Department,” Hickey said. “We deal with situations on a daily basis where we have access to sensitive information and we do not betray the trust placed in us. At the same time, we are always searching for new and better ways to help solve crimes and bring closure to those who have been victimized. The trial of this software was nothing more than an attempt to help our citizens.”

When the Home Page reached out to SHPD, their public information officer Lt. Justin Whitwell said he was unaware of the software or of any use of it by SHPD.

Buzzfeed did not receive a return for request for comment from SHPD, but after inquiring further, SHPD Detective Michael Foster was able to give some more information about the department’s use of the software which also stemmed from a free trial from January 2020-January 2021.

Foster said in an email that SHPD’s searches did not lead to any positive identifications of suspects or to any arrests, and added that the department is no longer using the technology and did not store any information.

FPD also used the software as part of a trial service in late 2019, but unlike SHPD and BPD their use of the service helped detectives arrest an unidentified person who they said was responsible for several auto burglary and auto theft incidents.

“Follow-up by our detectives independently corroborated that the suspect in that booking photo was one of the auto burglars in our case. Following our exhaustive investigation, the Williamson County Grand Jury indicted that suspect on multiple counts of Auto Theft, Theft, Auto Burglary and Identity Theft.”

FPD would not disclose the identity of the person who was charged as part of the investigation, and it’s unclear at this time if the information extrapolated from Clearview AI will be considered or actually used as evidence in the now defendant’s criminal prosecution.

In an email, District Attorney General for the 21st Judicial District Kim Helper said, “I am unaware of any case before our office that relied on the technology you described.  At this time, it would be premature for me to comment on any potential use.”

The roots of artificial intelligence can be traced back to a theoretical beginning in early 20th century literature and in practical terms as far back as 1956, but it was the rise of the digital age beginning in the 1990s that changed everything. It led to a contemporary world that is entwined with AI from video games to marketing and advertising and warfare.

Clearview AI is not the only company that is advancing or implementing artificial intelligence or facial recognition software, but it came under scrutiny from the public and some elected officials following a January 2020 story by The New York Times.

In that interview Eric Goldman, co-director of the High Tech Law Institute at Santa Clara University, warned about the possibility that the software could be weaponized by law enforcement agencies or individuals who are not working in the public interest.

“The weaponization possibilities of this are endless,” Goldman told the NYT. “Imagine a rogue law enforcement officer who wants to stalk potential romantic partners, or a foreign government using this to dig up secrets about people to blackmail them or throw them in jail.”

Clearview AI co-founder Hoan Ton-That said in an interview with CNN that the company is only interested in helping law enforcement solve crimes after the fact. He said that they have no plans to provide the software to private companies outside of some banks who they currently work with in an effort to solve crimes that involve the banking or financial sector. That means that the software is already in the hands of private companies.

In that CNN interview, Ton-That boasted of the software’s reliability and success, where he said that the software has been used to help make arrests and solve crimes across the nation, including being instrumental in solving some child exploitation cases.

Clearview AI’s technology is so accurate that it can positively identify people in various poses and lighting conditions. More impressively, the software can also identify a person who has had changes in facial hair or age difference between photos or when they are obscuring much of their face — meaning that wearing a mask may not prevent someone from not being identified.

Ton-That also said that the software is so accurate that no one has ever been arrested or even detained from a false identification, something that is nearly unverifiable.

And while AI continues to advance some challenges have become more evident or at least more public.

In 2019, The Washington Post reported that The National Institute of Standards and Technology found that some facial recognition software could not positively identify people of color or women as accurately as men, and a 2021 Forbes article explored the state of algorithmic bias in AI.

Ton-That also told CNN that privacy is a focus of this company, and added that Clearview is following all laws related to privacy, copyright and fair use. He even said that he was open to government regulation of the technology, coming down to the argument that Clearview AI’s access to the information is protected under the First Amendment.

Clearview AI’s business model is collecting that data and then selling access to the data through the use of their software to users, mostly law enforcement agencies. That means that Clearview AI is profiting off of the public’s data that individuals and organizations have publicly shared, (regardless of their understanding of the possible uses of that data at the time), and it’s up to law enforcement agencies who purchase access to the software to not abuse the tools or the trove of data to which they have access.

Another Buzzfeed article from February of 2020 revealed that despite Clearview AI's stated target audience of law enforcement in the United States and Canada, they have also been found to have provided software to companies like Macy's and Best Buy, as well as selling access to clients around the globe.

While all of the law enforcement agencies in Williamson County did access the software through a free trial, Clearview AI will not disclose how many of their more than 2,000 users have been paying customers.

“We’re not just making technology for its own sake,” Ton-That told CNN. “There has to be a vision, a purpose and a reason for this to exist, and the reason and purpose we found is to really help law enforcement solve crimes.”

This software was developed by extremists and it should not be used by local law enforcement!