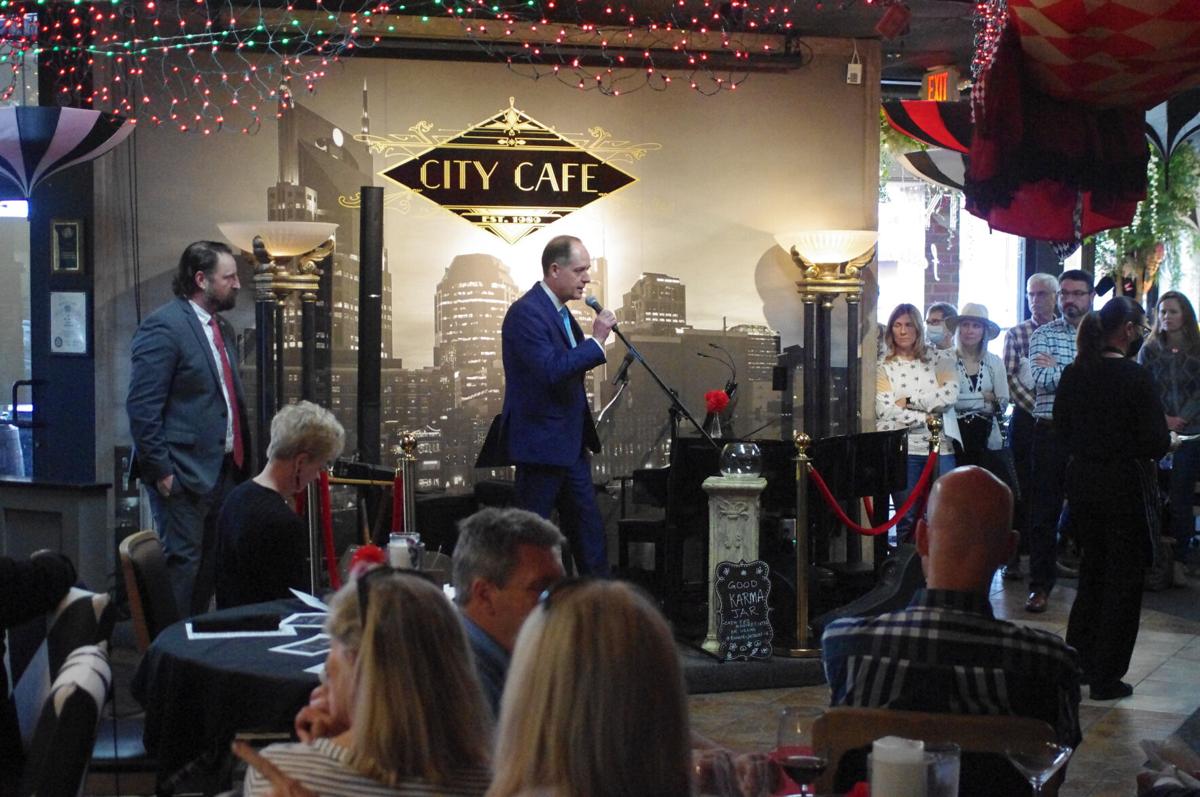 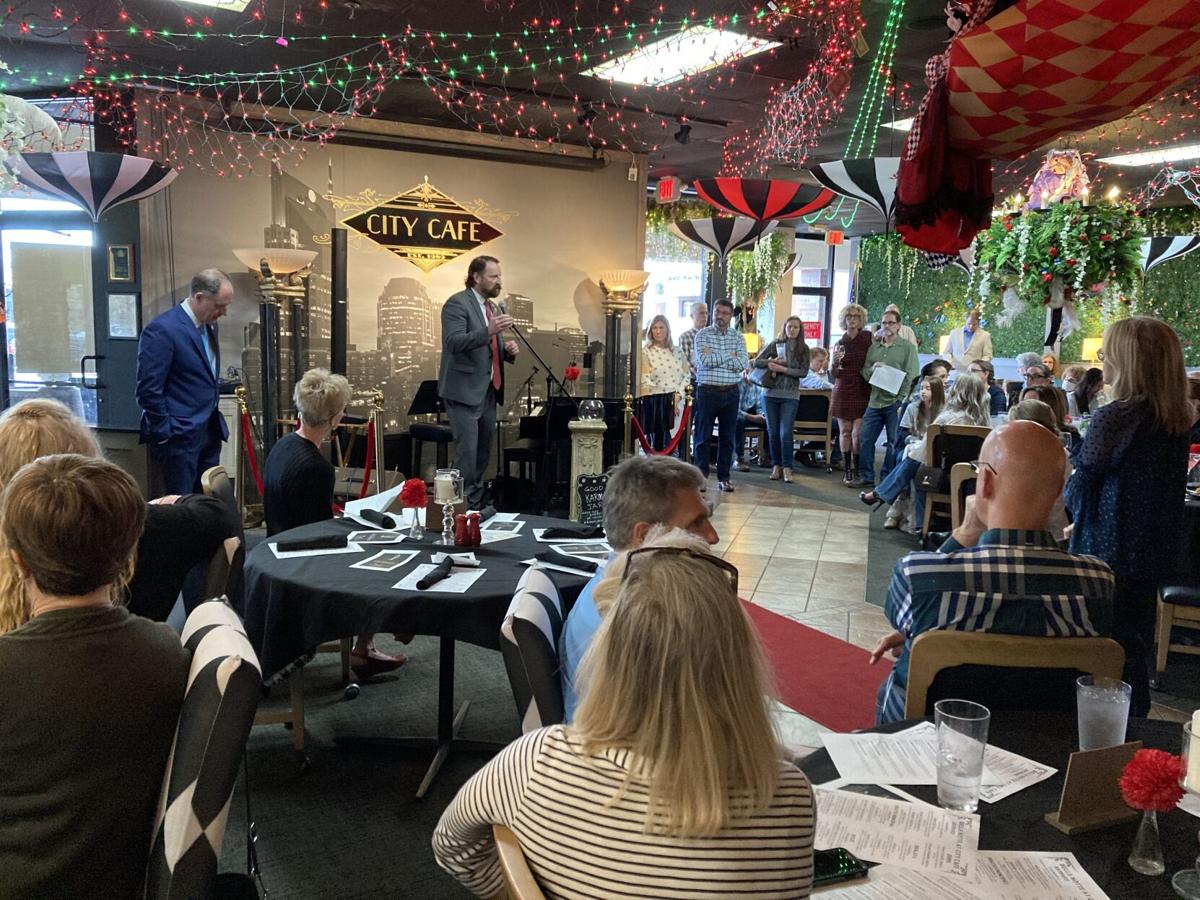 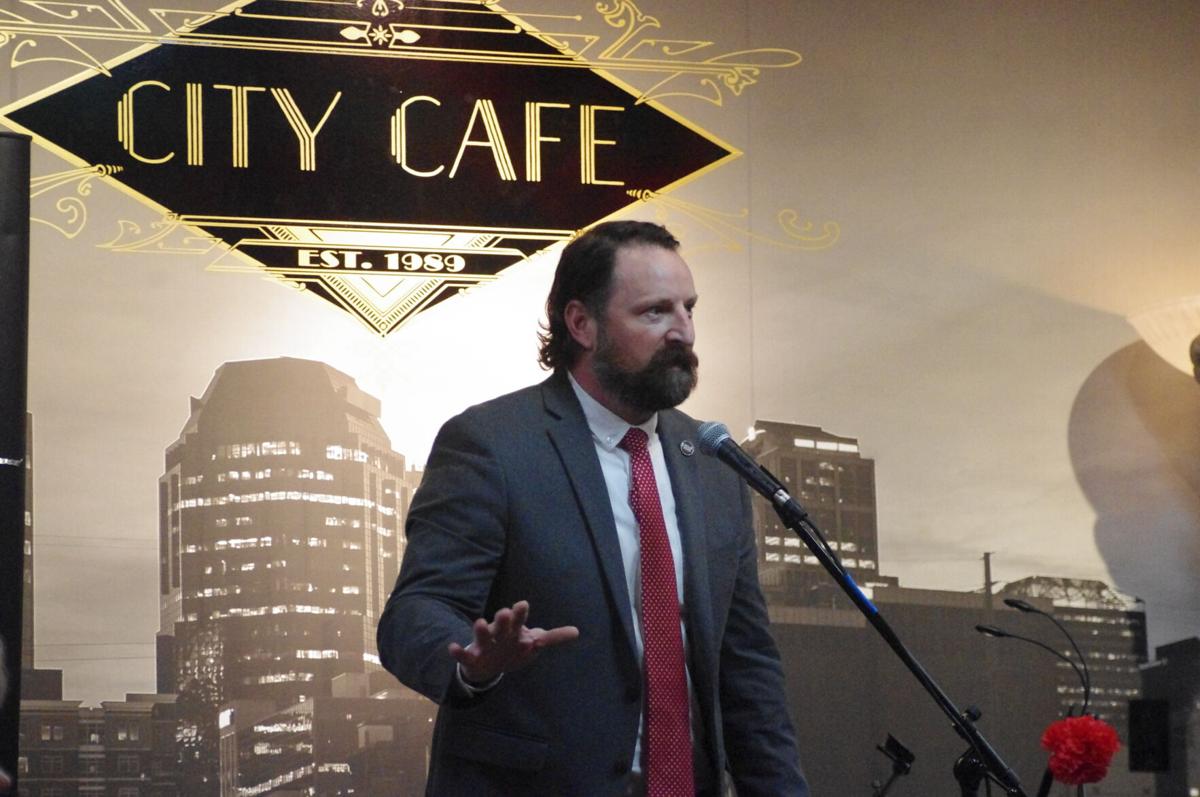 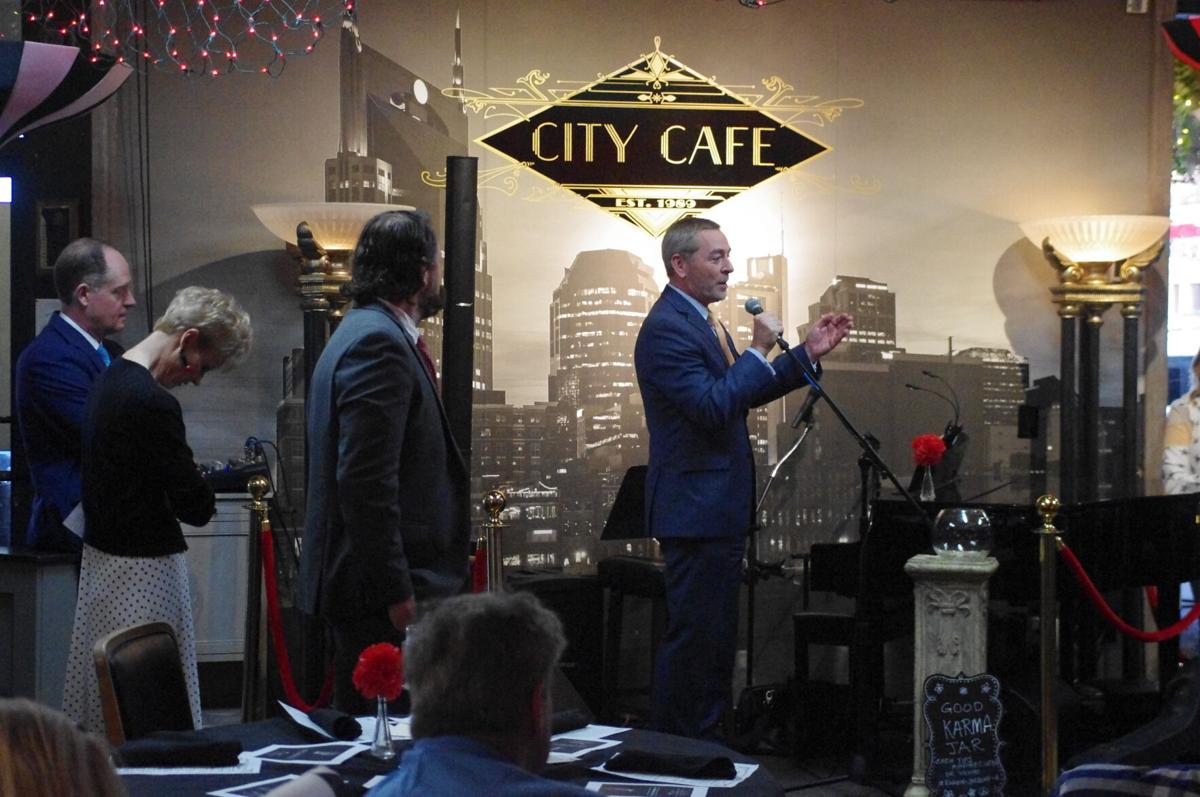 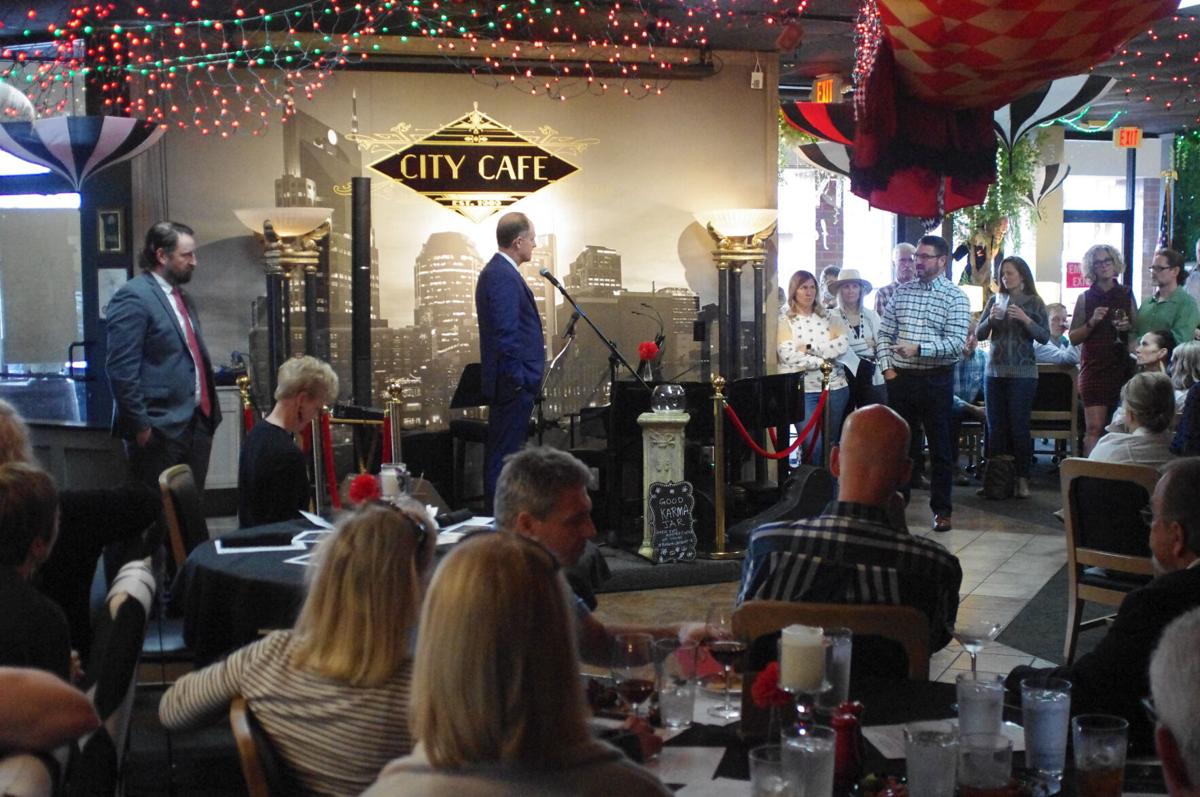 During a legislative town hall Tuesday at the City Cafe in Brentwood, Williamson County legislators stood firm against state-mandated vaccines in the wake of the death of House Bill 10, a bill that would have expanded vaccine exemptions for Tennessee students.

The legislators in question were state Reps. Glen Casada, Brandon Ogles and State Senate Majority Leader Jack Johnson, who all three answered a wide range of questions from a crowd of at least 100 people. A hot topic that garnered many questions that evening was that of the expansion of vaccine mandates of any kind.

Under current Tennessee law, the state's commissioner of health is authorized to designate diseases that public school students must be vaccinated against. While the law has an exemption for students whose parents object to vaccination based on religious tenets or practices, that exemption only applies "in the absence of an epidemic."

House Bill 10 would have eliminated the language "in the absence of an epidemic," and would have also extended the reason for a vaccine exemption to include those who objected based on "right of conscience."

On March 2, that bill died in a House subcommittee on Tuesday in a 7-3 vote.

Around 50 people gathered the cafe for the town hall, where people periodically pitched the Williamson County legislators their questions.

One attendee posed this question: "Since the vaccine bill failed, what other bills are being proposed to protect us from a COVID vaccine mandate under any circumstance?"

Ogles, who represents northwestern Williamson County, said that while he was unsure of what mechanism could be used to stop vaccine mandates of any kind, he was a supporter of House Bill 10 and had signed onto it before it was defeated.

"I know that's a worry... in fact the bill that died in that committee, I signed onto that and was surprised that died so quickly," Ogles said.

"I will say that you had some very big industries lobbying against that piece of legislation, and it's troubling that the rights of individuals were overlooked by those huge, huge lobbying firms and corporations deciding that you should not have that right here in Tennessee."

Ogles went on to say that he and other members of the Tennessee General Assembly were currently looking into limiting the governor's emergency powers, an idea that Casada has been in support of since last August.

"The governor, bless his heart, he was steering the ship through this... more times than not, I applaud his efforts," Ogles said.

"That being said, members of the General Assembly do feel a lot of the decisions he had to make in this crisis pandemic, constitutionally, were some decisions that should have, in all reality, been made by the General Assembly. So there's an aggressive piece of legislation coming through the House to deal with the Emergency Powers Act."

Another attendee posed the question of whether vaccine mandates were a dead issue given the death of House Bill 10.

Casada said that while it appeared as though him and the other Williamson County legislators appeared to be in consensus with everyone in the cafe, which in this case appeared overwhelmingly against vaccine mandates of any kind, constituents needed to remember that even amongst Tennessee Republicans, there are a wide range of opinions on issues.

"What you've got to remember is 99 House members, 99 different opinions," Casada said. "Your legislators strongly are in favor and are leading the charge on what this room is advocating, and so we're doing what we can do. You know, one [House member] said today, I was kind of dumbfounded: 'It's government's role to keep this disease from spreading.'"

Attendees booed in response to Casada's last comment, which he quickly clarified was not his own.

"I'm just repeating what they're saying, and I disagree with that," Casada said. "No one's going to require vaccination."

Having yet to speak on the issue of mandated vaccines, Johnson approached the microphone and made clear to everyone in the room that a government-mandated vaccine would never happen in the Volunteer State.

"Let me just be very clear: It will be a cold day in hell before government requires you to get a vaccine in Tennessee, period," Johnson said.

"I was disappointed this still failed, but stick with me: You've got three prongs to this. Number one is any type of government mandated vaccine: We don't have that in Tennessee, we're not going to. I would have like to have put it in code to make sure, but the bill died."

Johnson went on to explain the premise behind House Bill 10, and that even with it being defeated, he and his colleagues would make sure no Tennessee school would required COVID-19 vaccines for its students.

"So when kids attend public schools, they're required to get vaccines, however, in Tennessee you have a religious exception and you can refuse to get your kids vaccinated — that is existing law," Johnson said.

"Now the concern was this: The way that law is written, it says that that exemption could be removed in the event of a pandemic. That's what we were trying to close. Now, no school in Tennessee has required any kid to get the COVID vaccine, and they're not going to — we will make sure of that."

When it came to limiting COVID-19 vaccine mandates in places of work, Johnson suggested that that could enter more dicey territory.

"Should your employer require you to get a vaccine?" Johnson posed.

"Well, hospitals do that right now: If you work in certain hospitals and you're dealing with sick patients, they require you to get the flu vaccine. Now, we're a proud right-to-work state, we're going to put that in our Constitution, we think that's very important."

Johnson continued, suggesting that legislation that bars private companies from instituting COVID-19 vaccine mandates for its employees runs the risk of running counter to the premise behind the state's right-to-work laws.

"But, if you're going to be a true right-to-work state, then I can fire you when you walk in [if] I don't like the color of the shirt that you're wearing; that's the fundamental premise as part of Tennessee's economy, so let's just be careful about the road we go down in terms of what employers can mandate and what employers can and can't do," Johnson said.

"There will be no healthcare passport nonsense in Tennessee where you have to carry around some card to show that you've gotten a vaccine — we're not going to do that in Tennessee."