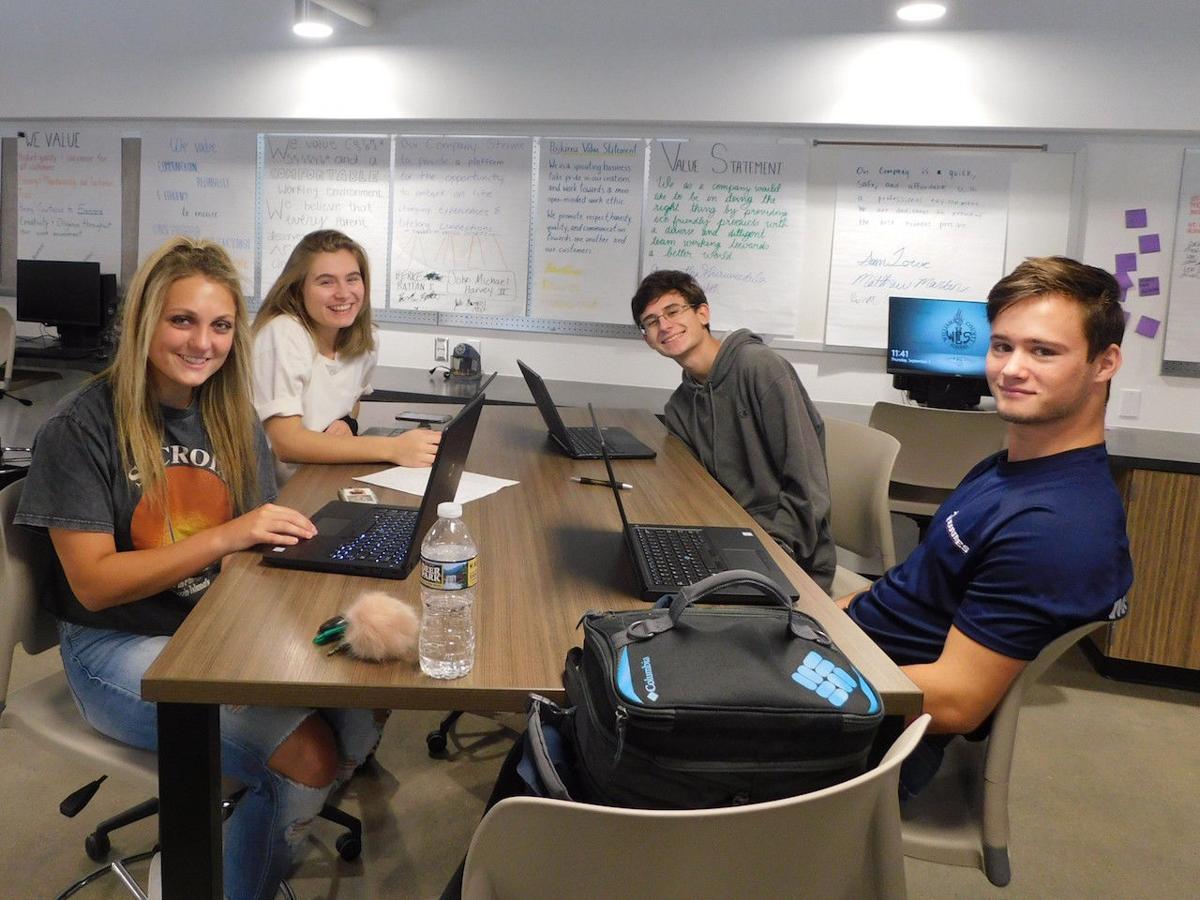 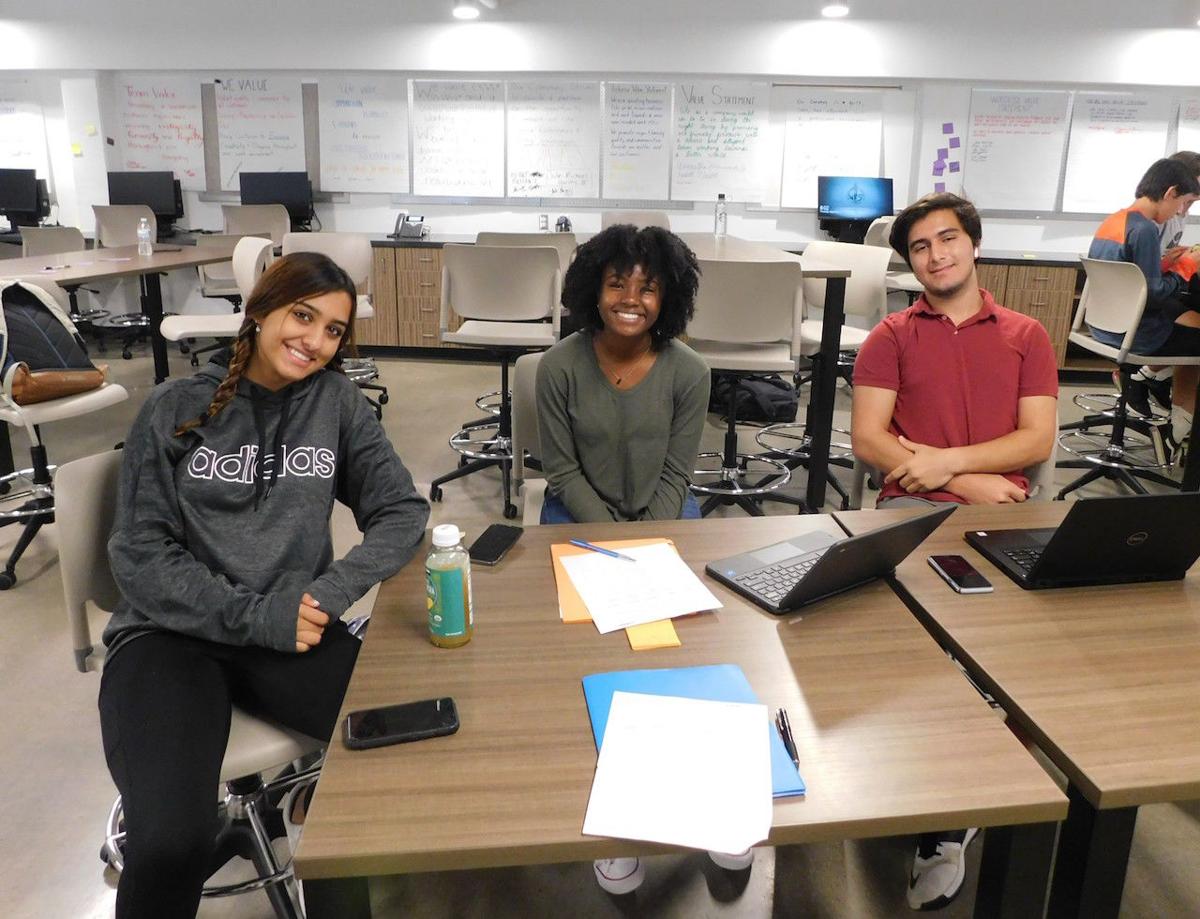 The second half of the 2019-20 school year is barely underway, and Kari Miller is already in high gear.

As director for Williamson County Schools’ Entrepreneurship & Innovation Center, she has been blazing the recruiting trail the first full week of January. Her treks are taking her to places like Centennial High School, where she interviewed 30 students in one day earlier this week, and to Summit High School in Spring Hill, where word of the district’s new program has yet to fully register.

But regardless of whether it’s a hot-button topic among students at one school or barely a blip on the radar at another, news of the first-year program is spreading.

“We’re expecting to grow the program by twice as many students next year,” Miller said.

Indeed, expected enrollment for 2020-21 is around 250, nearly double the 130 students who more or less initiated the program last August.

“It has been a really good experience,” said Miller, who heads a staff of four at the EIC. “The students are getting a full experience of what it means to open a business and be an entrepreneur, and it’s going really well. The students have really positive things to say about what’s going on here.”

The idea for the EIC began nearly three years ago as the WCS Board of Education established a strategic plan that focused on investing in student quality, providing support for students and preparing them for the future.

After renovations took place at what used to be the Williamson campus for Columbia State Community College adjacent to Franklin High School, WCS secured a 10,000-square-foot facility to house the EIC. The program’s first-year students have divided up into teams and taken on a variety of entrepreneurially related projects, and now await Shark Tank-like pitch sessions later this month.

“They have gone through the ideation process and figured out what kinds of problems they want to solve and finding good solutions to their problems,” Miller said. “They’re discovering customers they’re reaching and what they’ll pay for different things.

“The students are trying to put themselves ahead of the other competitors, especially a direct competitor from the business they’re opening. They’re starting to figure out their finances for the businesses, and on Jan. 23 they start pitching their investments.”

Some 60 mentors from the business world have signed up to volunteer in the program, bringing experience, expertise and just a well-rounded knowledge of entrepreneurship and the workings of the business world. These mentors and volunteers are provided through the program’s partnership with the Catalyst Network, a nonprofit “designed to provide support and make connections through the EIC that transform lives,” according its website.

“It has made a big difference, not only for the learning about business, about entrepreneurship and innovation, but about the life skills you learn, how to collaborate, how to bounce back from failure, how to work with others and manage your time.”

While the Catalyst Network has seen enthusiasm in terms of volunteers, it’s lagging somewhat in terms of dollars. Jay Chawan, president of the nonprofit’s board of directors, said fundraising toward the group’s goal of banking $2 million remains a challenge.

“One thing we’re still looking to grow is our fundraising efforts,” said Chawan, co-founder and CFO of Guy Brown, managing principal of GBI and co-founder and CEO of Swiftwick. “We’ve made some strides but we haven’t fully funded our capital campaign. We’re probably 25% into it, which is a great start but we need to try to find the rest of that funding.

“It’s one of those things where it’s hard to ask people to support financially when you can’t really show them anything. So what we’ve found is that being able to meet people at the EIC where they can actually see what’s going on, then that concept really starts to get clarity for them to go, ‘Ah, I get it now.’”

All in all, though, Miller can point to the progress the students are making as a show of the EIC’s success. They’re getting “real world” exposure.

“They like working with students from other schools,” she said, referring to the fact the program is open to students from all 10 WCS high schools. “So often they’re stuck at their high school, and here they’re meeting people with different skills and different backgrounds from all over the county.

“They also really like working with the mentors because that makes it so real. We’re averaging about 150 adult visits per month to our EIC. Students here have a lot of contact with the real world.”