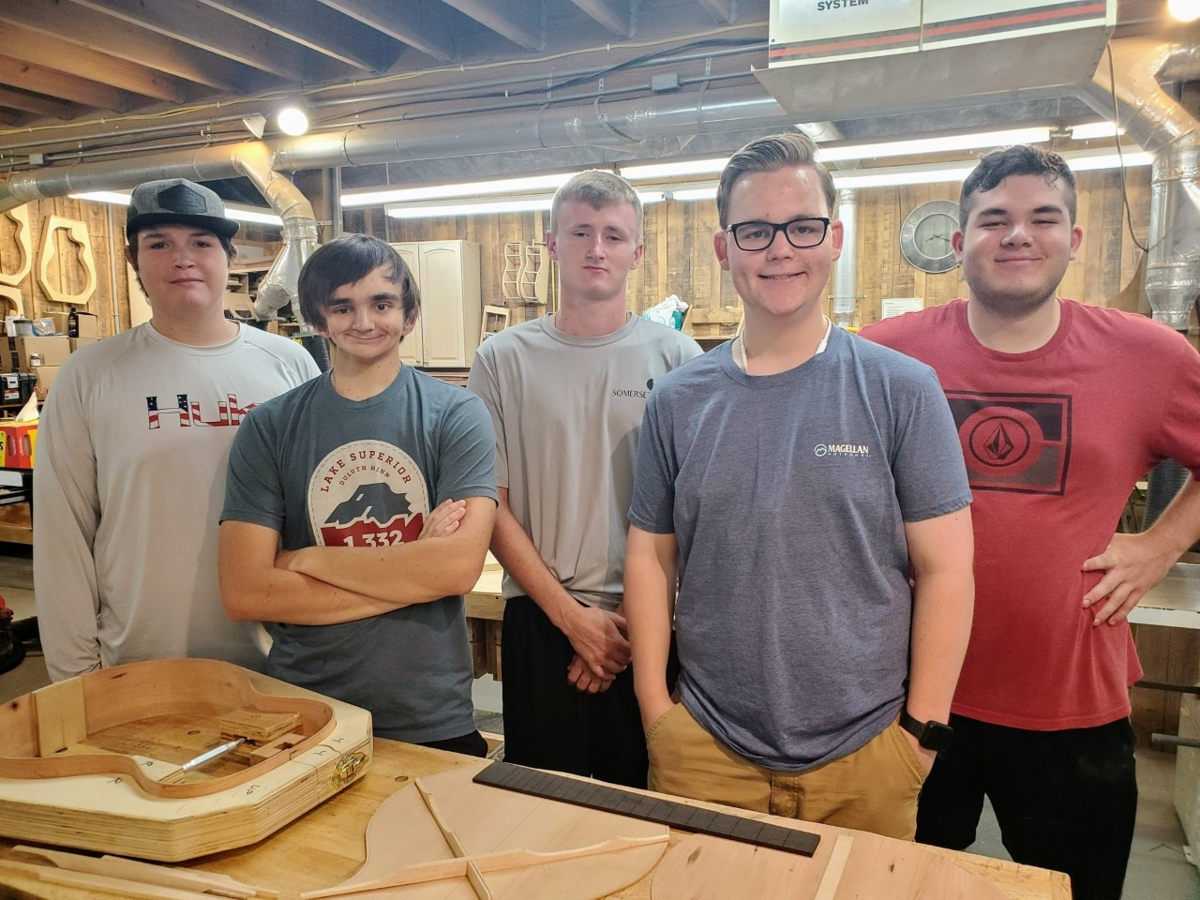 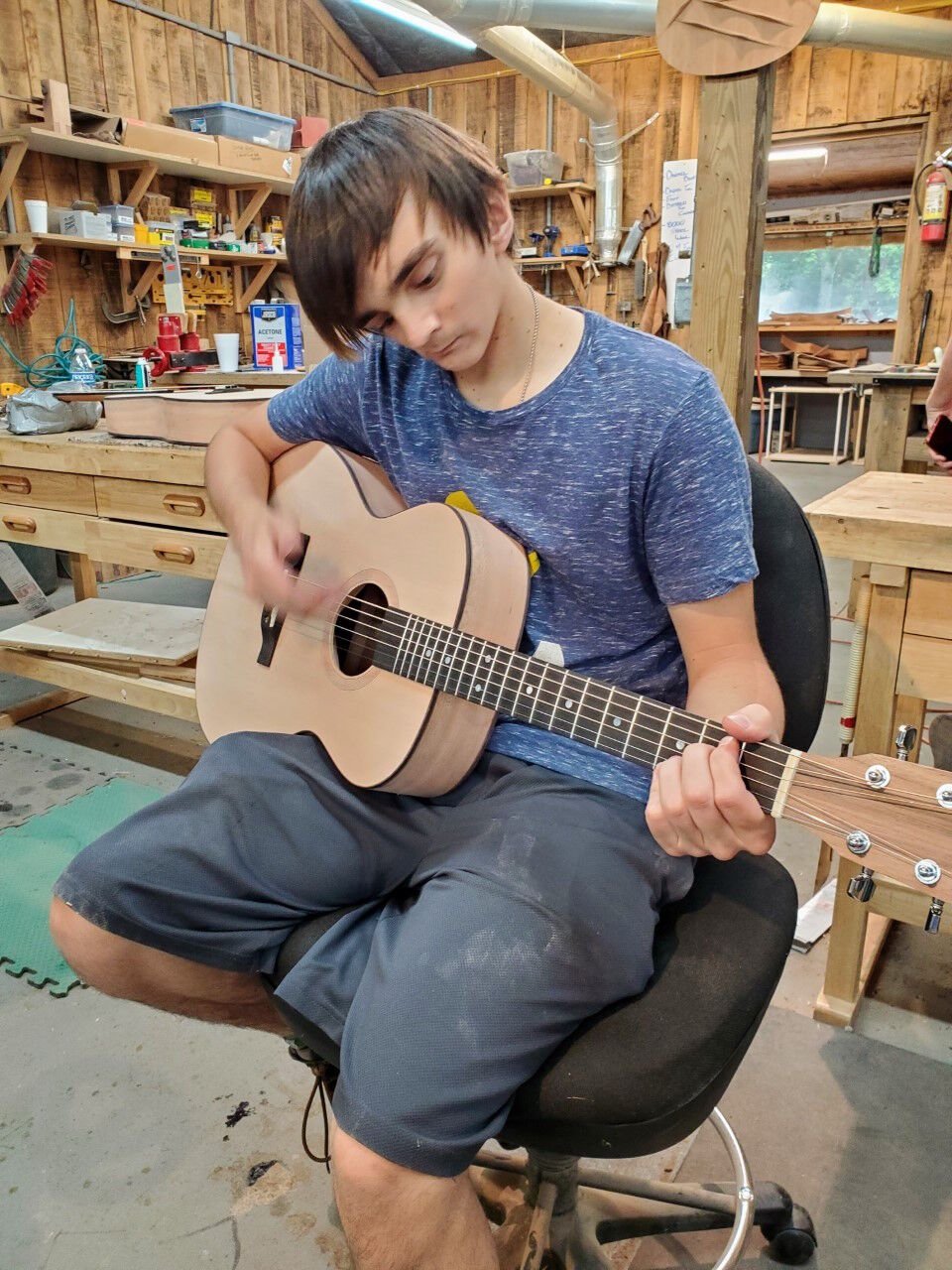 Gabe Sipos plays the guitar he custom-built at Narrow Gate. 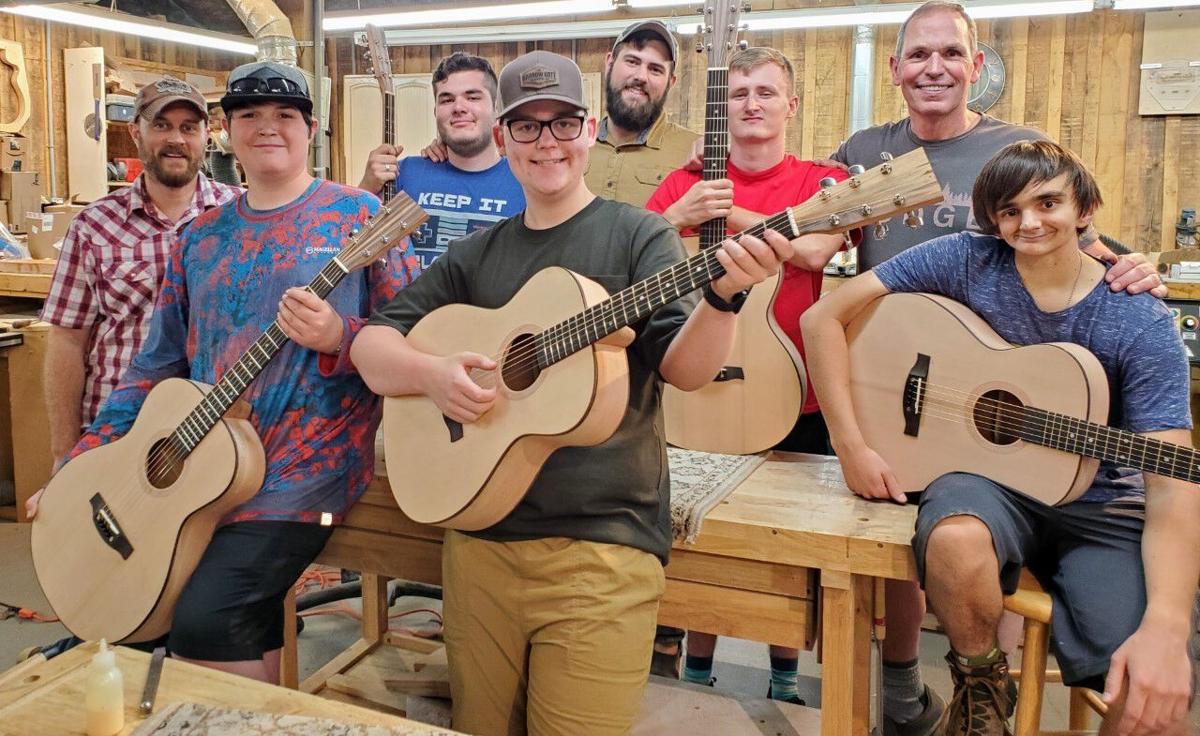 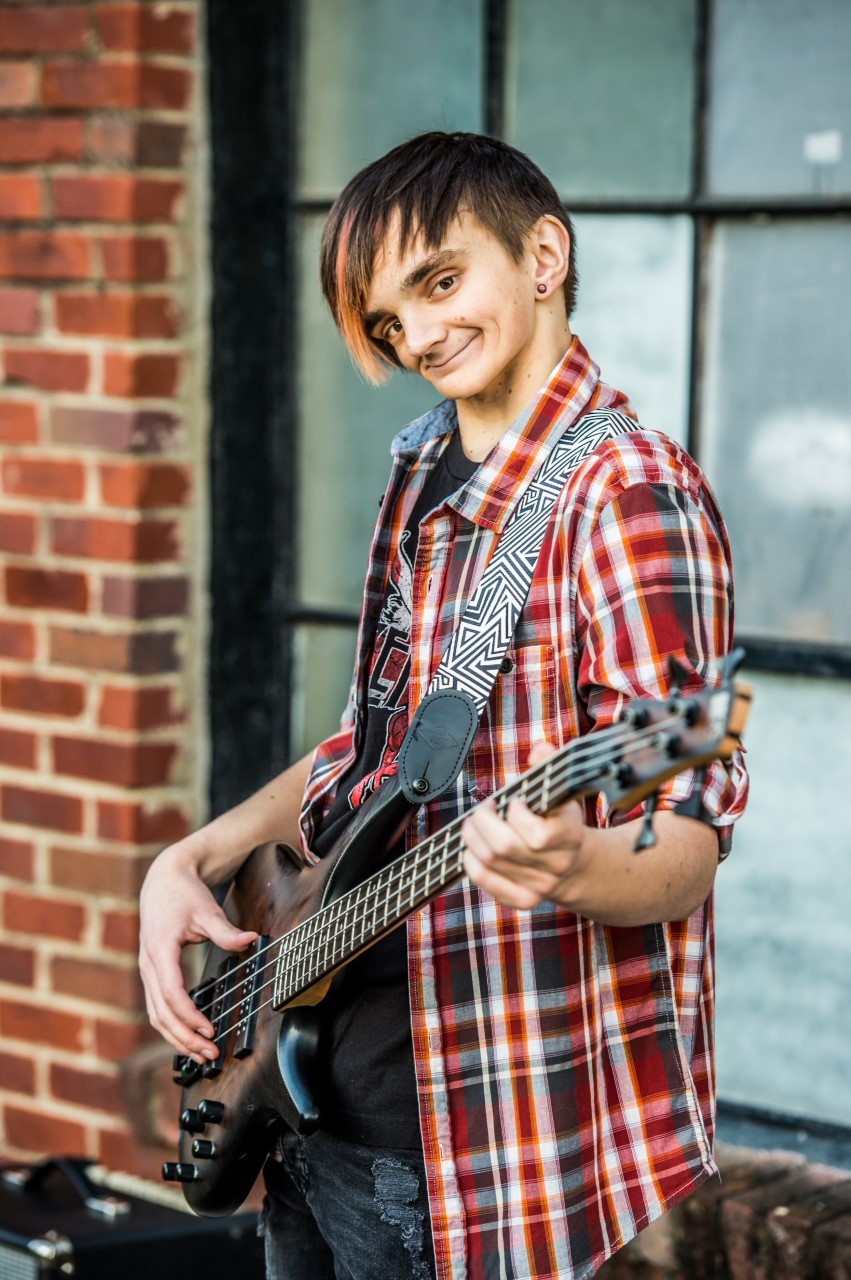 As a participant in a weeklong retreat at a lodge owned by the Franklin-based nonprofit Narrow Gate, Gabe Sipos had the opportunity to custom-build something he has wanted for some time: an acoustic guitar.

A 2020 graduate of Summit High School in Spring Hill and now a freshman at Austin Peay State University, Sipos joined four other 2020 high school graduates at the Narrow Gate Lodge Aug. 10-15 after being named the Most Inspiring Young Men of the High School Class of 2020 in a nationwide search.

Under the tutelage of Grant Batson, a master luthier and director of artisan education at Narrow Gate, all five young men came away with a handcrafted, high-quality guitar they can play and preserve for their generations to follow. Sipos got the acoustic guitar he has wanted since he learned to play the instrument a couple of years ago.

And through his experience at the retreat, he said he got so much more.

“It was absolutely incredible,” Sipos, a cancer survivor, said recently. “I learned a lot about how to operate as a person, and it helped me learn to dedicate myself in working on something. It helped me prove to myself that I have the drive to go through college because that was one thing I was very afraid of. So being able to dedicate myself solely toward [a specific project and goal] truly was amazing.”

Bill Spencer, founder and owner of Narrow Gate, a faith-based foundation that serves young men ages 18-25 seeking transition and direction in their lives, said Sipos was the ideal candidate to attend the weeklong retreat at the lodge his organization operates in Maury County.

Sipos was just a year old when he was diagnosed with cancer, and over the next two years or so he had to endure chemotherapy and radiation treatment that ultimately disfigured his face and affected his voice. As a middle school student years later, Sipos was dealt another blow when his father lost a long battle to cancer.

Throughout, however, Sipos grew out of the adversity and sought to help and inspire young children who were also going through the devastation of a cancer diagnosis and the ensuing treatment.

“We look for a younger generation that looks at hardship and sees it as a platform for opportunity instead of a hurdle of obstruction,” Spencer explained. “If there’s a way to describe Gabe, that’s it. This is a kid that, at an incredibly young age, was forced to endure some medical procedures that disfigured how he looked, that changed his voice.

“Everything about that would be something that people could just check out and say, ‘I’ve been dealt a terrible hand and I’m going to live that way.’ Gabe saw this set of incredibly difficult circumstances as an opportunity to build a platform for education and inspiration.”

One of the ways Sipos and his mother, Lu Sipos, are helping support children and families living with cancer is through the program Gabe’s Chemo Duck, which was founded in 2004 by Lu.

At one of Gabe’s doctor appointments, his mom had brought in a stuffed toy duck dressed in hospital garb, “as sort of an ice breaker, something funny to laugh over while I was seeing the doctor,” Gabe said. “But then some of my friends in the ward saw it and started to ask for it, and it just took off from there.”

More than 40,000 stuffed toy ducks have been produced since the program’s founding, helping introduce children and their families to their new life and encouraging healing through the power of play therapy.

And now, Sipos enters the next phase in his life as a college freshman. He spent the first few days getting adjusted to his new surroundings at Austin Peay, where he’ll be a percussionist in the Governors’ marching band just as he was at Summit High.

More importantly, Sipos will be laser-focused on his major in radiation technology, learning the process to become a dosimetrist.

"A dosimetrist determines the right location and amount of radiation for fighting the cancer," Sipos said. "I'm excited to pursue a career where I can help others."