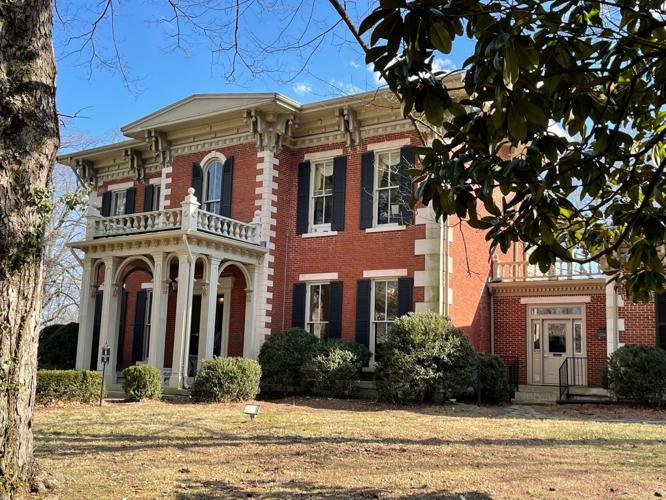 The Perkins-Winstead Mansion at Franklin Grove Estate and Gardens 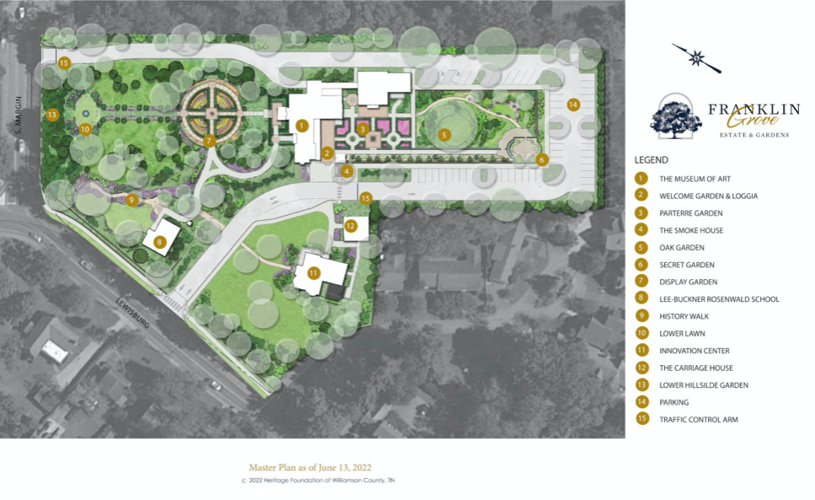 Now that the yellow signs are no longer dotting the yards and neighbors aren’t lining up to have their say at City Hall, the Heritage Foundation of Williamson County is again moving forward with its plans for Franklin Grove Estate and Gardens.

The nonprofit submitted on Tuesday a new application to the city of Franklin’s Historic Zoning Commission, one that does not include a request for a new venue hall to be constructed. Last fall, neighbors who live in the downtown Franklin area near where Franklin Grove will be developed began a grassroots campaign to block any new construction.

They signed up to speak against the plan at various meetings in City Hall and began placing yellow signs in their yards stating “No Event Venue at Franklin Grove.

However, the Heritage Foundation’s purchase of the historic McConnell House on Bridge Street in March provided the organization with a revenue-generating venue. It meant a new structure at Franklin Grove would not be necessary.

“The serendipitous moment for us was that the McConnell House (now known as the History and Culture Center) went up for sale and we were able to get a 30-day due diligence period and purchase that property,” Bari Beasley, Heritage Foundation and CEO, said. “And now we can move forward with a mission-forward concept where the History and Culture Center really aligns with so many pieces of our organization and also the ancillary at McConnell can be third-party gatherings. There are aspects of this whole picture that don’t change. We still need a diversified revenue stream to be able to produce an amenity in town like Franklin Grove.

“It’s such an incredible moment, for us to now own another National Register building and have an opportunity to put forth a very special offering to the community. It feels like a win-win for everybody.”

In addition to the removal of a proposed hall that results in the project’s no longer needing property rezoning, the submission to the city also includes other proposed alterations, according to a press release from the Heritage Foundation.

In the coming months, the city of Franklin Historic Zoning Commission will review the latest plan and provide feedback to the Heritage Foundation.