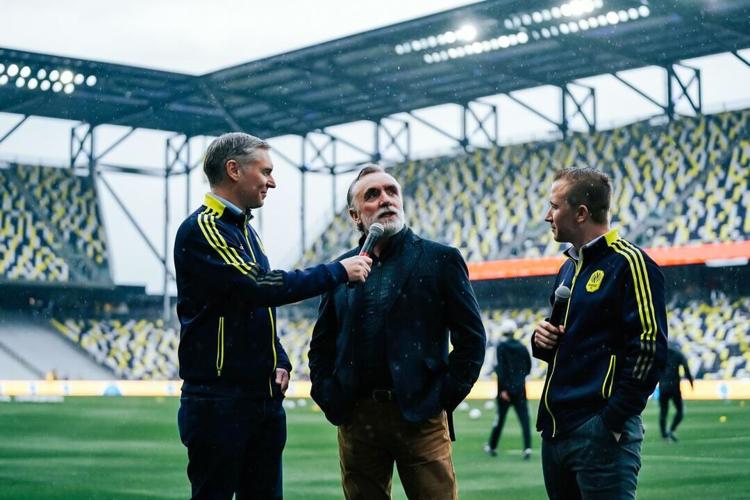 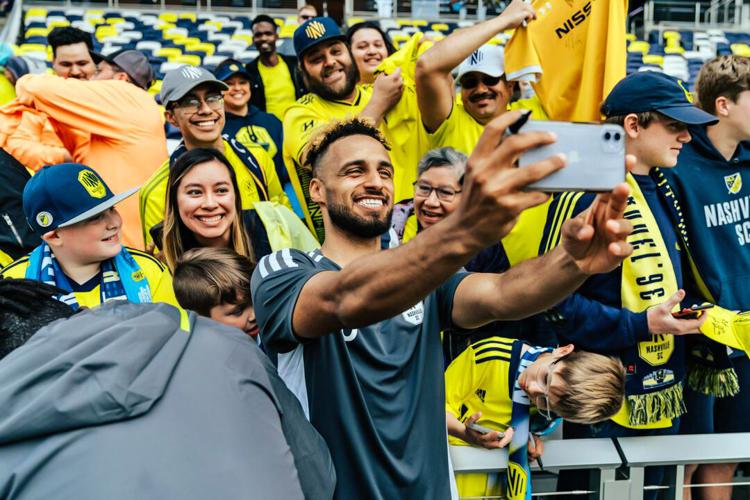 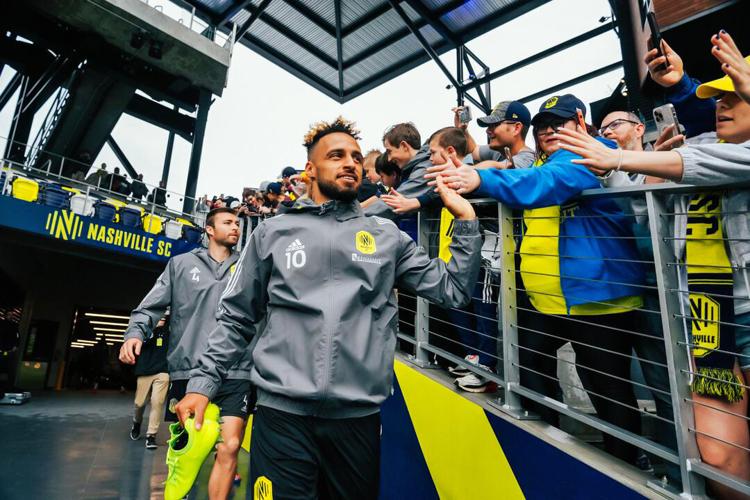 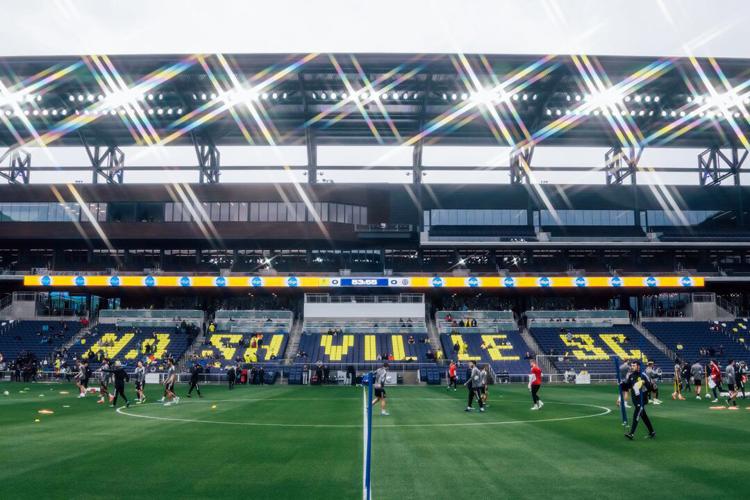 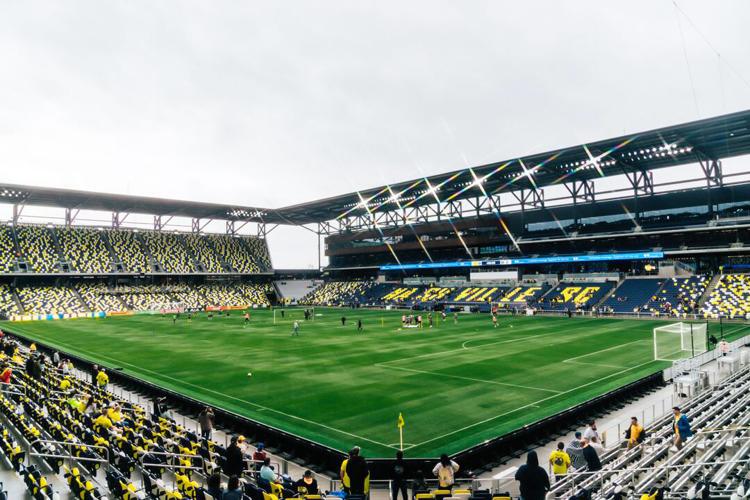 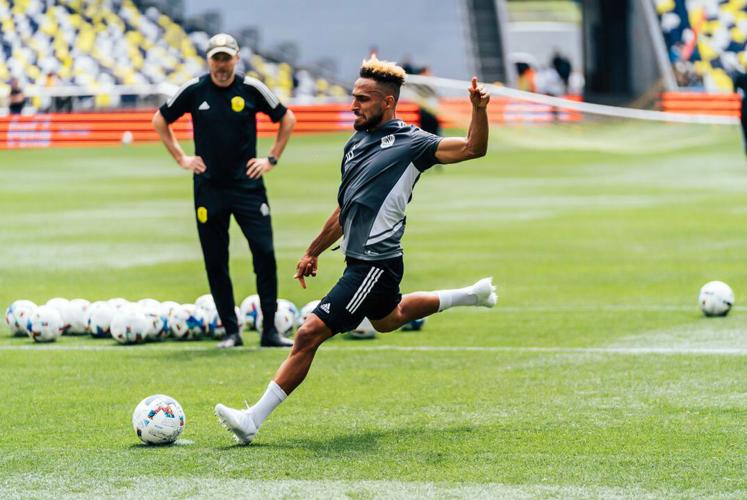 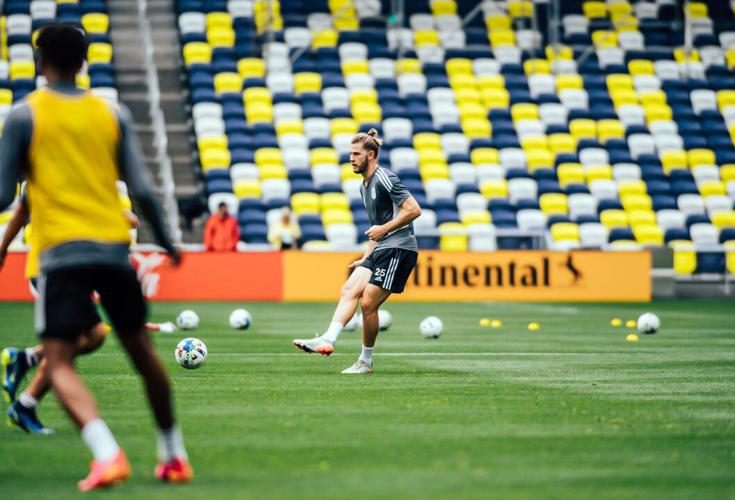 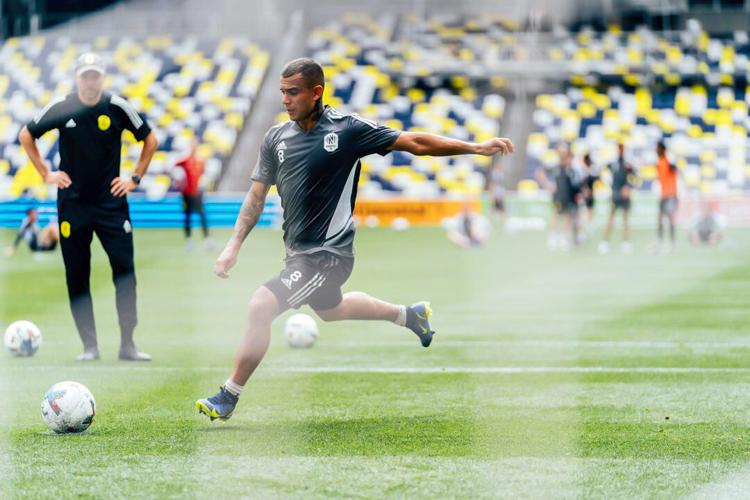 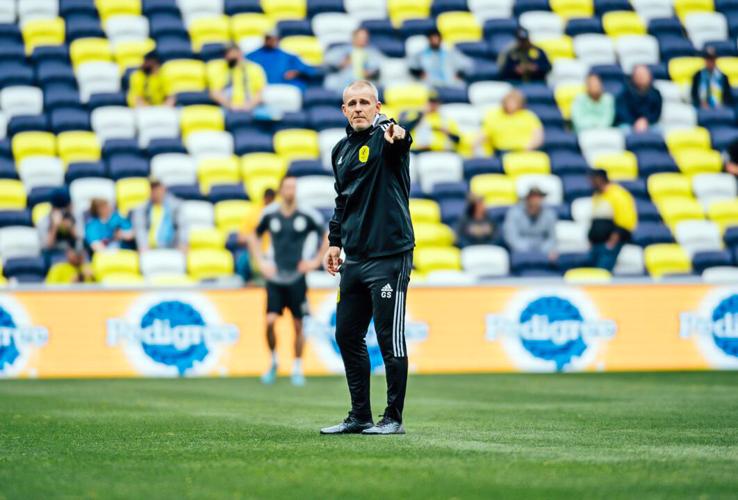 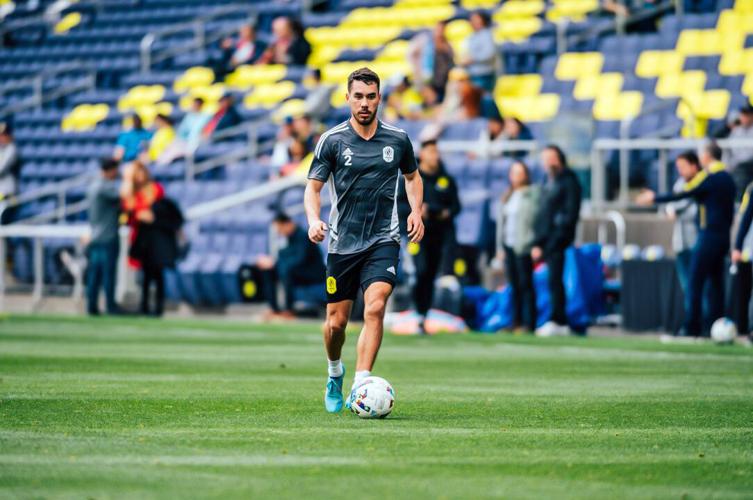 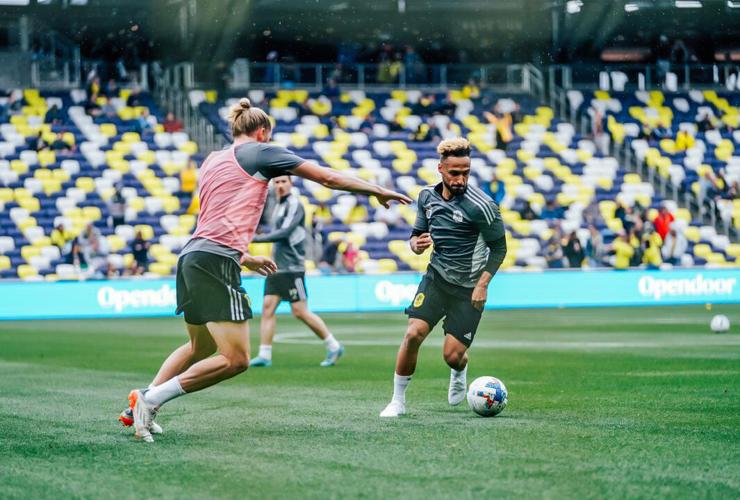 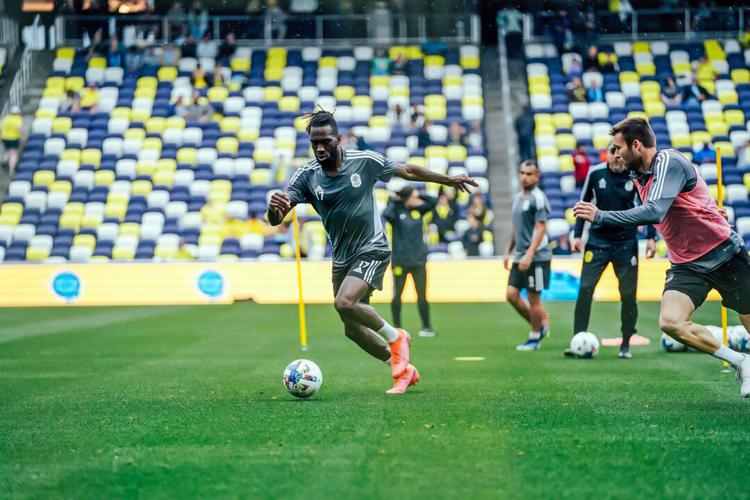 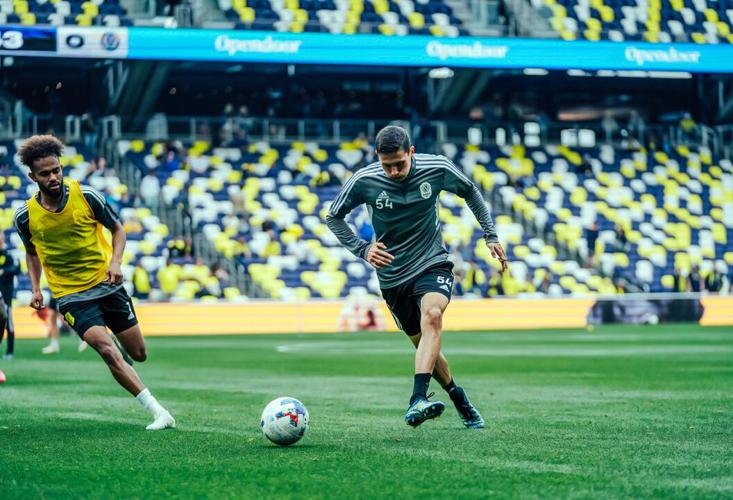 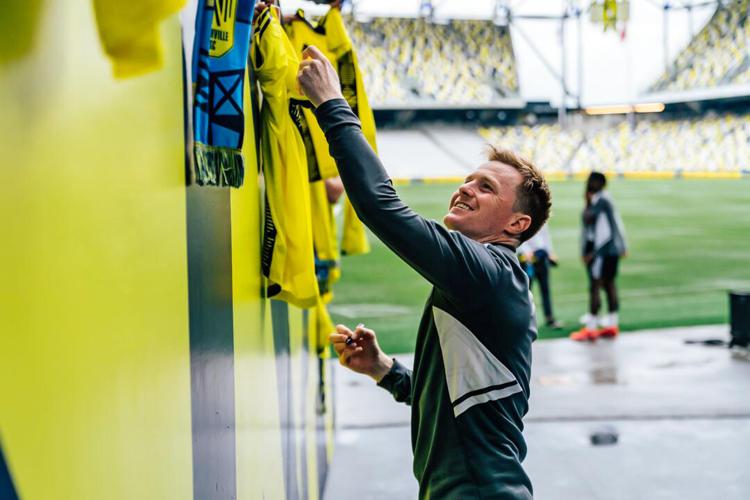 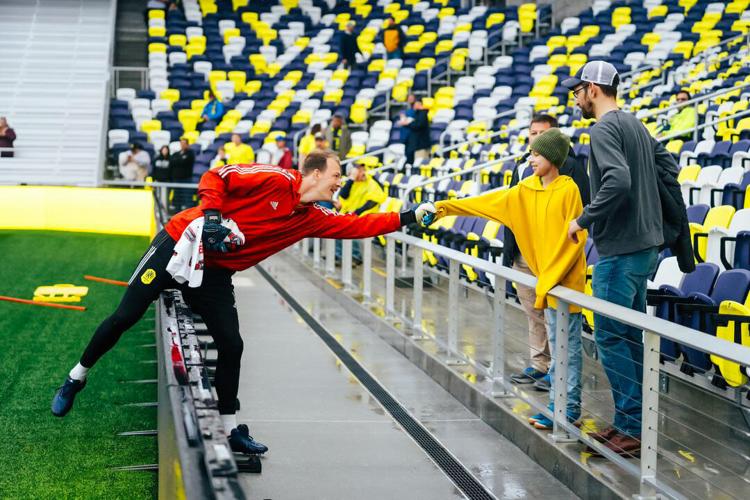 It’s been a three-year-long journey for Nashville SC, but on May 1, the club will play its first-ever home match in a Major League Soccer stadium of its very own.

Nashville SC has already sold 21,000 season tickets for Geodis Park’s debut season. The club announced it had also sold out of single-game tickets for the home opener against the Philadelphia Union.

While NSC found success playing at Nissan Stadium (12 wins, 14 draws, and just two losses in 28 matches over two seasons), in three weeks the team will trade in the Titans’ football field for its own futbol field.

“It’s incredible to think that this is our permanent home and a place where 30,000 can come and pack it out and cheer for us,” Nashville defender Walker Zimmerman said. “It’s amazing. We can’t wait for May 1; it’s going to be a great atmosphere and hopefully we’ll bring back three points to open it the right way.”

Tuesday afternoon was the first time Nashville SC held an official practice at its new facility. Many of the players mentioned how for the first time it felt real — the perception of the field, the aesthetic of the NSC-branded signage around the stadium, the ambiance of seeing some of the supporter’s section and season-ticket holders file in and endure a rain-soaked couple of hours just to support their club.

Zimmerman and Hany Mukhtar took selfies with fans, Dax McCarty signed a few jerseys, and Joe Willis took time to shake hands with some of the team’s younger supporters and their parents.

While it’s understandable to get wrapped up in the novelty of MLS’ newest stadium, Zimmerman stated what Geodis Park represents goes beyond just the brick and mortar of the venue itself.

“To see just the sheer size of the stadium — 30,000 [seats], biggest soccer-specific [stadium] in the country — leading into all the things coming for this country, especially the World Cup in 2026, it’s putting Nashville on the map for soccer," he said. "And the South in general has been such a hotbed for youth players.

“Now it gives them another opportunity to say, ‘I want to play for Nashville,’ when they see the stadium. It’s an opportunity to show youth players what a great city Nashville is and what a home this could be for them if they choose to be a professional soccer play one day," Zimmerman added.

If there’s one thing Nashville SC excels at aside from winning games, it’s investing in youth soccer.

Through the MLS Next program and the MLS academy initiative, Nashville fields youth soccer teams in the U13, U14, U15 and U17 age groups with plans to add an U19 team and expand the area’s soccer pipeline.

Nashville SC General Manager Mike Jacobs told the Post last year the goal is to not only populate the team with members of its youth academy but to strengthen one of MLS’ least-populated territories — the state of Tennessee.

According to Zimmerman, Geodis Park is the latest resource at Nashville’s disposal to not simply introduce the area’s youth to the sport but also help grow the next generation of future MLS players.

“There was no team that I grew up in the Southeast watching, saying, ‘Oh, I want to play for them,’ because there weren’t any,” Zimmerman said. “Now, with the expansion, we see all these teams coming up in the Southeast and Nashville being one of them, especially right in the center of the Southeast. This is such a great place for kids to look up to and hopefully play for one day. We’re just trying to inspire that younger generation.”