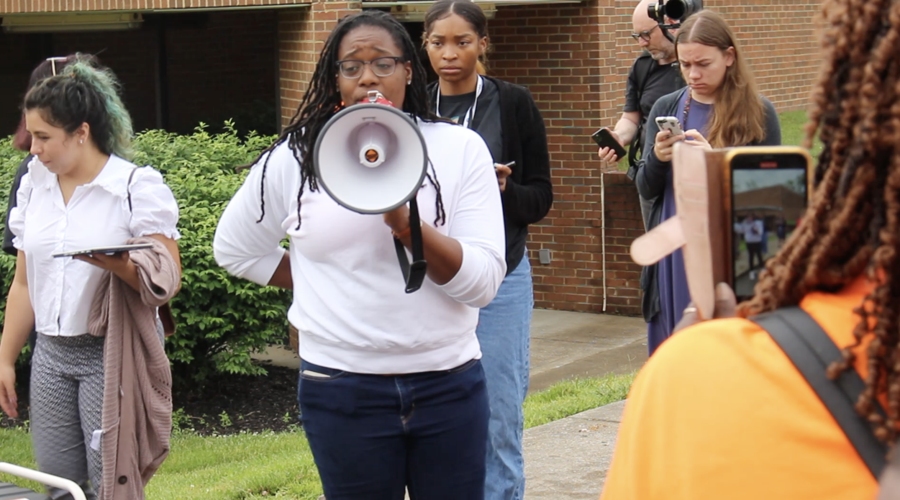 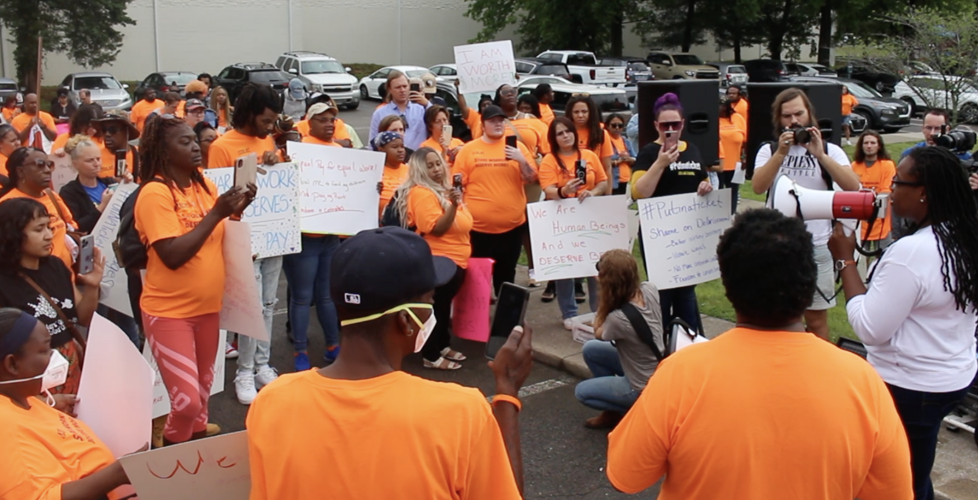 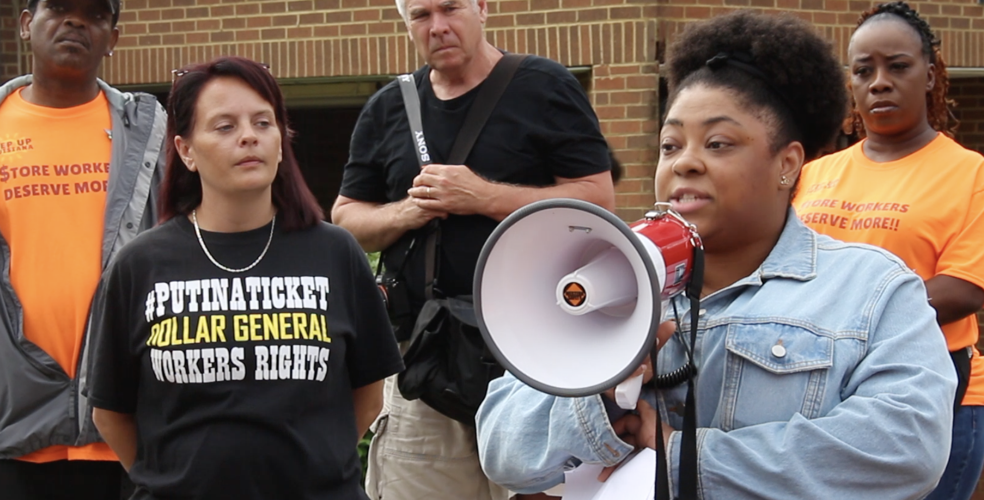 City Hall officials head inside as protesters begin making their way across the lawn.

City Hall officials head inside as protesters begin making their way across the lawn.

Dollar General, headquartered in Goodlettsville, experienced an unprecedented shareholder meeting Wednesday morning as its own workforce demonstrated dissatisfaction with an organized protest.

Shareholders convened at Goodlettsville City Hall early in the morning for the first shareholder meeting the company has ever seen crashed by its employees and workers' rights advocates. Organizers say the rally is just the beginning of a nationwide campaign against Dollar General aimed to compel the corporation to raise wages and address hazardous working conditions in the stores.

A throng of Dollar General workers in shirts reflecting brand colors — many traveling on buses from Louisiana — met behind the Delmas Long Community Center at Peay Park with a New Orleans-style band and megaphones. They were supported by advocacy groups like Fight for $15 and a Union, the Interfaith Center on Corporate Responsibility, #PutInaTicket, Step Up Louisiana and United for Respect.

Rev. William J. Barber II — a prolific social activist and member of the National Association for the Advancement of Colored People — and Stand UP Nashville Exec. Dir. Odessa Kelly welcomed those from other cities to Nashville and galvanized the people to pursue fair compensation. Courtenay Brown, an Amazon employee and vocal proponent of fair treatment from big employers, travelled from New Jersey to help rally the disgruntled workforce.

The crowd marched up the street and around the corner with a marching band to reach the front of the Goodlettsville City Hall. Shortly after the start of the shareholders’ meeting, Slaughter and Barber entered the building and presented legal documentation proving they had been designated as shareholder proxies, yet they were denied entry anyway.

Kelly — a Congressional candidate with six cousins and two aunts employed by Dollar General — opened her remarks by paralleling the consequences of bureaucracy on issues like gun control to those of bureaucracy on fair compensation issues. She apologized that the Uvalde, Texas shooting at Robb Elementary School affected what she had planned to say “because the same reason we can’t have gun control is the same reason why this is ridiculous, that we have to sit out here for you just to have a living wage, and it's nothing but corporate greed and a bunch of politicians who do not have the political will to see your humanity and let it happen.”

Spring 2021 first incited harsh criticism from DG’s employees when one of its store managers in Tampa, Fla., Mary Gundel, posted an ultimately viral, six-part TikTok series entitled, “Retail Store Manager Life,” exposing the working conditions and staffing shortage of her store. Gundel — honored by a commendation letter and a lapel pin some two months prior for ranking among the top 5 percent of employees — was then fired for the pseudo-exposé, but she inspired what has since become a wave of other TikTok managers, many of them women, to similarly speak out about DG’s personnel shortages and subpar working conditions.

Gundel traveled to Nashville to lead the charge Wednesday morning alongside Kenya Slaughter, a DG employee who penned an April 2020 op-ed that now seems almost prophetic in light of the current state of affairs for the DG workforce. Other issues addressed included violations of U.S. Occupational Safety and Health Administration standards, rat infestations, poverty wages and in-store violence including murder and armed robbery.

“These higher-ups in these bigger corporations sitting on their butts in these offices have no idea what it is that we go through on an everyday basis within these stores,” Gundel heralded through a megaphone. “From unsafe working conditions with mold in our coolers, working by ourselves, heat and no AC in the summertime, people passing out, all the dangers that come into our building every single day with people that are threatening us with whether it be knives or guns. They don’t care.”

Early this year, OSHA fined a DG locale in Mobile, Ala. and another in Dalton, Ga. for a collective total upwards of $1 million according to Insurance Journal. Added to the other 55 such penalty-inducing OSHA inspections since 2016, the retailer’s total in about five years now hovers around $3.6 million in total.

Dollar General was a prime example of the findings in a recent study using the Economic Policy Institute’s new company wage tracker, developed in collaboration with Shift Project. DG was found paying 92 percent of its employees less than $15 per hour, contrasting dismally from Walmart’s otherwise notable 51 percent.

The crowd marched up the street and around the corner with a marching band to reach the front of the Goodlettsville City Hall. Shortly after the start of the shareholders’ meeting, Slaughter and Barber entered the building and presented legal documentation proving they had been designated as shareholder proxies, yet they were denied entry anyway.