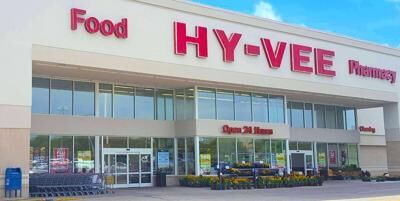 Among the latest business commitments to June Lake comes that of the Iowa-based Hy-Vee supermarket chain.

Spring Hill’s imminent, gateway community under construction, the 775-acre June Lake development is confirmed to be fielding a Hy-Vee grocery store. Named by the combination of its founders' surnames — Charles Hyde and David Vredenburg — the Midwestern chain has signed for 16.1 acres, starting at the corner of Buckner Lane and June Lake Boulevard.

“We are excited that Hy-Vee has chosen June Lake as part of their expansion plan into Tennessee,” said Don Alexander, June Lake project manager at Southeast Venture. “Hy-Vee has a great reputation and fulfills a key component of the overall vision for the community.”

The initial plans submitted to city officials propose a facility spanning about 162,100 square feet. Monday evening, the Municipal Planning Commission is scheduled to review the concept plan for the future store. The proposal plans for a full-service, multi-tenant retail facility with multiple drive-through options, 733 automobile parking stalls and four truck docks. The site is expected to also feature bike racks and provisions for pedestrian safety, which is in lock step with June Lake’s planned aesthetic as a walkable, urban district.

The store is slated to open in 2023, and it will mark the first location in Tennessee for Hy-Vee.

This comes amid concerns in other cities regarding Hy-Vee’s operational practices at both the consumer and corporate levels. Less than three weeks ago, Hy-Vee was sued in federal court by its Kansas City, Mo., landlord, Big Creekwood Commons LLC., for allegedly violating its contract by stopping all operations onsite in January, which impinged upon the value of the retail center in which it leased its space. Creekwood Commons claims $6 million in damages accrued as a result. Hy-Vee still has two years left on that lease.

Police were reportedly called to the Kansas City store twice in March to settle disputes between Hy-Vee and Big Creekwood Commons over the condition of the store, including new locks on its doors and a new alarm system. Hy-Vee contends that it plans to build a future wine-and-spirits shop at that location. Creekwood Commons aims to reclaim possession of the space due to Hy-Vee’s shuttering of the storefront. Creekwood Commons filed a motion for preliminary injunction on March 22 in U.S. District Court for the Western District of Missouri.

The same week saw Hy-Vee CEO Randy Edeker controversially criticize the more than 100 corporate employees the company laid off from its headquarters and its Grimes technology center. The Des Moines Register reported on March 24 Edeker saying, "This office does nothing,” and saying he took offense that, upon offering many of the laid off employees opportunities as managers in retail locations, many of them were not willing to take those jobs.

“Our retail stores are the heart of Hy-Vee, and some people just simply see it being beneath them to work at the retail stores. I think it's crazy, and I think that it’s offensive,” Edeker said in a video.

Laid-off employees recently told the Register that they were not actually offered those positions, however, and Hy-Vee spokesperson Tina Potthoff — also featured in the video — acknowledged in an interview with Axios Des Moines that the job offers were not all made with equivalent compensation. Some have drawn parallels between this incident and similarly less-than-sympathetic remarks Edeker made when the corporation laid off hundreds during its 2020 restructuring.