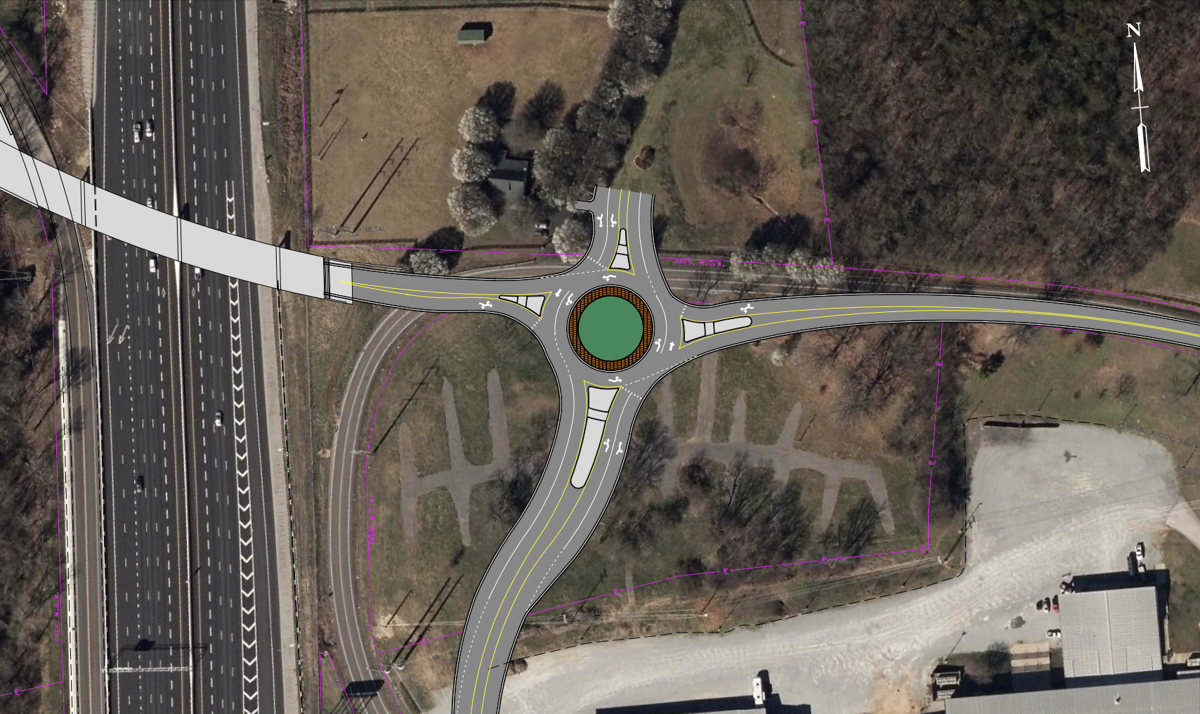 The high-impact construction option for Long Lane development, including a roundabout to conjoin the proposed connector with the Baskin farm access. 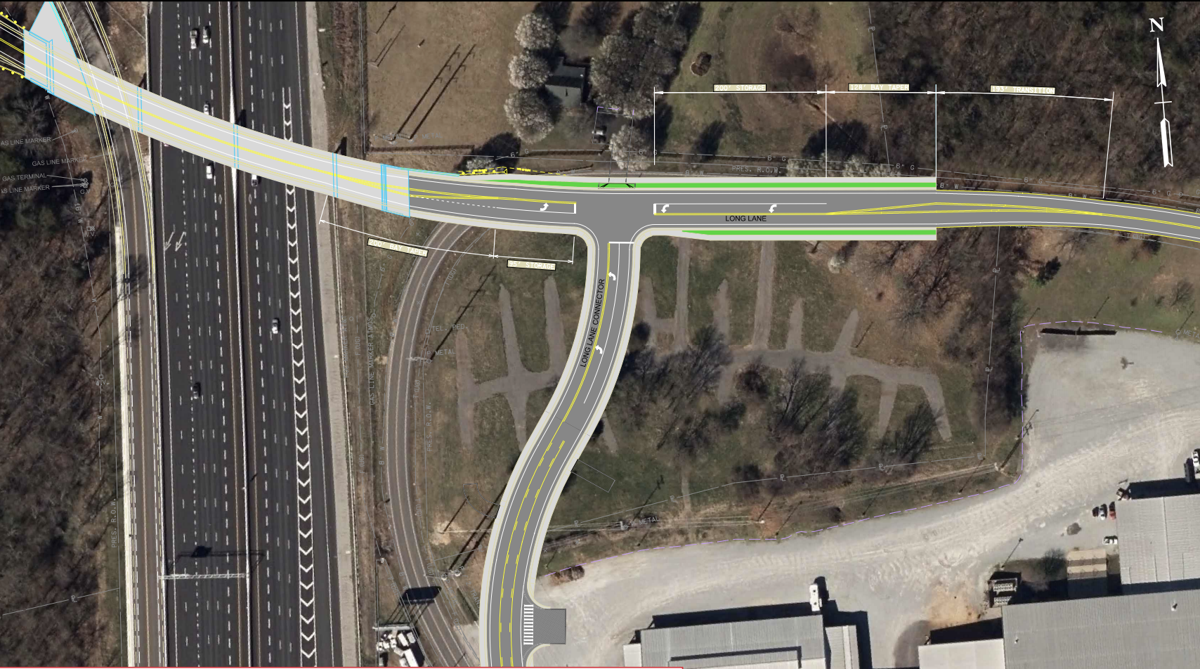 The low-impact option for Long Lane construction featuring minor widening of the main thoroughfare as it approaches the overpass.

The high-impact construction option for Long Lane development, including a roundabout to conjoin the proposed connector with the Baskin farm access.

The low-impact option for Long Lane construction featuring minor widening of the main thoroughfare as it approaches the overpass.

The increased likelihood of development of one property and impending sale of another have complicated construction logistics for the proposed Long Lane overpass of Old Peytonsville Road.

The land is a 257,000 square-foot vacant lot cupped in the nook of Long Lane’s curve and sandwiched against the Williamson County Agriculture Expo Center to the south.

Per staff recommendation and at the behest of Franklin City Administrator Eric Stuckey, the Capital Investment Committee unanimously voted Thursday, Aug. 26, to send a resolution to the Franklin Board of Mayor and Aldermen that prioritizes quick acquisition of easement on the Rambo property before it sells, saving deliberation on two of three options for how to reconfigure Long Lane east of the overpass for separate consideration.

The low-impact option adds $2.65 million to the project’s total construction cost whereas the high-impact option adds about $2.99 million; however, the low-impact option is also expected to necessitate a future traffic signal installation to the tune of another half a million dollars. A third option with which the committee dispensed would have added $3.77 million. All options bifurcate the Rambo lot with the proposed connector, which has been apart of the city’s development plan since at least 2019.

The Long Lane overpass of Interstate 65 to Old Peytonsville Road and related improvements to Long Lane is a high-priority project for Mayor Ken Moore.

“I’m thinking back when we’ve been active out in that corridor, there has been a lot of demand for moving forward on this Long Lane overpass,” Mayor Moore said when weighing in on deliberations. “I’d hate to see us do anything that would slow the creation of that overpass.”

The Tennessee Department of Transportation already established several of the requisite piers for the new structure at no cost to the City of Franklin, which saved the city significant expense on the project but was done before the city made adequate considerations for providing a turn lane onto the adjacent Baskin farm. The farm sits along Long Lane’s northern flank, which is now expected to be rezoned and subsequently targeted for mixed-use development in the near future just east of the proposed bridge.

Future development of the Baskin farm necessitates entry from Long Lane with right-of-way access and a central, left-turn lane for motorists coming east from Old Peytonsville across the overpass. The size of the left-turn lane reflects the amount of traffic officials expect to enter the property and thereby informs city expectations of the size of the development to come.

A decade ago when discussion of early concepts for this overpass idea were discussed, there were no expectations for the Baskin farm to develop.

Similarly, the sale of the smaller Rambo property to the south at 4265 Long Lane was not then imminent. The owners intend to sell soon, and the city is racing prospective buyers to acquire easement for part of the property before the property is sold, which can be accomplished using available bond funds according to Stuckey.

“I think Eric’s got a good point there: Go ahead and get the land while we can,” Moore added, cosigning Stuckey’s contention that choosing the construction option should not precede acquiring the necessary land if time to do so without project delays is fleeting or in case a new owner is less amenable to the plan.

The city will weigh two road development options. The low-impact option merely widens Long Lane slightly as it approaches the bridge currently under construction to accommodate the aforementioned left-turn lane in the middle, which at present could only fit two or three vehicles and would then be able to fit four or five. The option of greater impact installs a roundabout before Long Lane’s southbound curve to feature a northward access point onto the Baskin farm and a southward connector that meets Long Lane against the northwest corner of the Ag Center where it also provides a new, proposed access point to the Expo property.

The high-impact option is favored by the majority of the committee as well as Mayor Moore for its assumed efficiency in keeping the flow of traffic from decelerating or congesting near the overpass.

The Baskin farm and the Rambo property represent two of about 30 properties in total to be impacted by the project, but they stand to sustain the largest and most immediate impacts of all. Both have been directly consulted by city staff on multiple occasions prior to elected officials broaching this decision-making process. Other affected property owners have yet to be personally consulted.