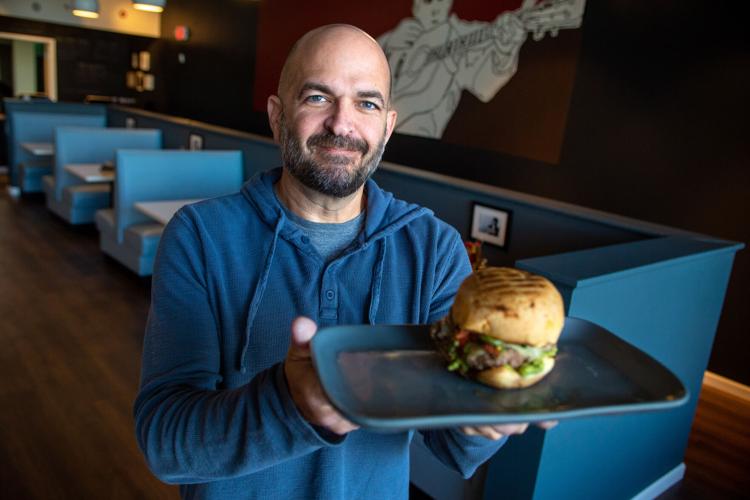 Me & Loretta's Owner Wade Breaux, formerly known as Birdie's Breakfast and Lunch Shop, shows off the Gustavo Fring Burger, one of his new 'elevated sandwiches' with the launch of the rebranded restaurant. 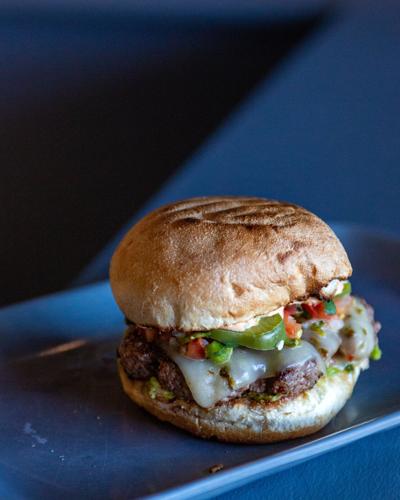 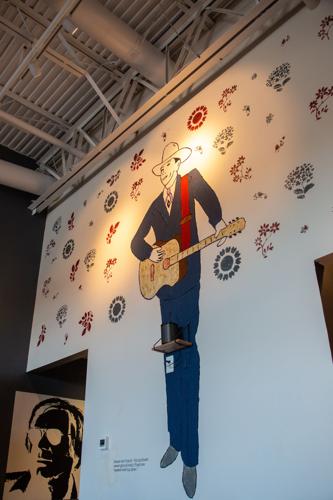 Me & Loretta's restaurant in Nolensville.

Nolensville’s Birdie's Breakfast and Lunch Shop has closed and rebranded as Me & Loretta’s, serving “elevated sandwiches” to a community that has supported them since day one.

Birdie’s opened on the very day that Tennessee declared a state of emergency and one day before the Federal government did the same in response to the COVID-19 pandemic.

"You learn to expect the unexpected when you open a restaurant — I didn't expect this,” Owner Wade Breaux said then in March 2020, and while he also may not have expected to evolve his business just two-and-a-half years later, Breaux believes that adaptability has been key to their success.

Like many restaurants, they were able to focus on curbside and delivery in the early days and months of the pandemic.

“In hindsight, the pandemic was actually really good for us, because everyone was home,” Breaux said in his newly repainted restaurant decorated with images of country music stars, including the late John Prine, whose song "Hello In There" inspired the restaurant's name.

“As the pandemic has sort of wrapped up, everybody's going back to work, and what we're finding is weekdays during lunch we’re busy, weekends, we couldn't be more busy, but weekday breakfast is pointless.”

Breaux saw that shift in his business and the customer trends and decided to adapt to the changes, this time with a rebranding of the restaurant into the kind of food and atmosphere that he really wanted to invest himself into.

Breaux also hand-painted images of Johnny Cash, Hank Williams and George Jones on the walls and drew a handwritten menu in chalk behind the counter.

“There was a void in the community — We didn't have a good breakfast, so it fit and it made sense for me to do that, but if I'm being honest with myself that's not the restaurant I wanted to open,” he said. “This the kind of food I want to cook, it's the personality that I wanted my place to have.”

Breaux said that he’s received mixed reaction to his decision to rebrand the business, but he hopes that the support shown by the Nolensville community will continue as he and his staff introduce new dishes including a variety of burgers, sandwiches, salads, and bowls, with an emphasis on fresh and local ingredients from local suppliers.

That support, he said, is key to the survival and ability for all local businesses to thrive.

“In the two-and-a-half years [since Birdie’s opened,] I felt like I've gotten not just to know people in town, but become real friends with a lot of people that I never would have met had I not opened, and those people I know — You're reminded pretty often — they came here today just because they remembered, ‘Wade’s got this place, we need to support him,’ ” Breaux said. “You know, there's a nice sort of network of people who rally around the places around, and I hope they come to this because I really do think we've got exceptional food.”

Me & Loretta’s will also serve beer and have pre-prepared sandwiches and salads for those on the go, and is located in the same building at 7180 Nolensville Road.