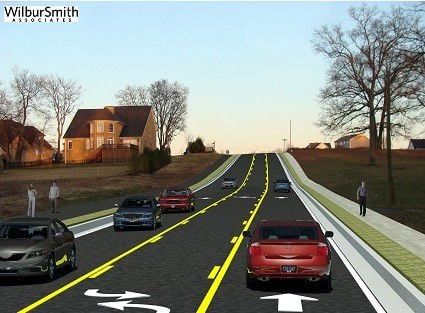 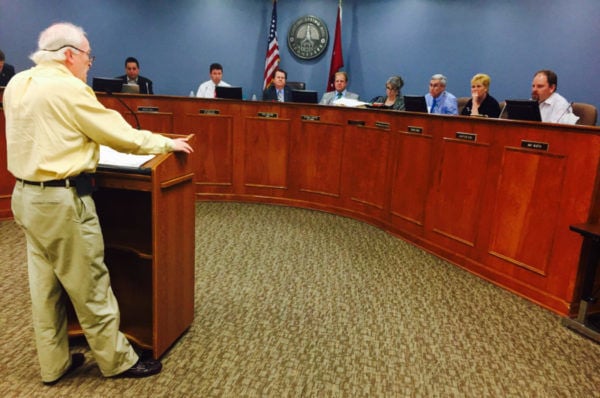 By DESSISLAVA YANKOVA
A $3 million taxpayers’ investment will help widen a major Spring Hill road and improve safety, city officials say.
The city’s Board of Mayor and Aldermen voted 8-0 Tuesday to contribute $3 million to the long-awaited widening of Duplex Road also known as State Route 247 along the Maury-Williamson county line.
City officials have been working toward the project since 2006 or for over a decade. The widening construction is scheduled to take between 18 months and 2 years.
More specifically, officials authorized Mayor Rick Graham to enter into contracts with the Tennessee Department of Transportation to relocate water and sewer lines on Duplex Road. In a separate resolution, officials voted 8-0 to reimburse expenses incurred for TDOT’s relocation of water and sewer lines for the road’s widening.
The city is partnering with TDOT on the project that once completed is expected to provide sufficiently better access to neighborhoods and improve safety as well as traffic, according to the project’s plan. Serving as a major connection between east and west Spring Hill, Duplex Road offers access to numerous dense residential subdivisions. The road now has poor visibility due to its narrowness and hilly terrain.
Citing the latest financial report for the project, Alderman Jonathan Duda asked to reaffirm Tuesday that the city has a “money market reserve for water and sewer fund” of $6.2 million.
“That $6.2 million does not include additional fund balance attributable to reserves or cash? Is that right?” Duda asked.
Spring Hill’s Finance Director Jim Smith said that is correct.
“We will be doing this acknowledging that we’re cutting reserves or rainy day fund of the water and sewer operations pretty significantly but it can be supported by what’s currently sitting in that money market account,” Smith said. “I’ve been putting back for nine years. So even if we spent this money now, we will replenish that money in a couple, three years.”
Duda asked whether the move is “going to kick off another evaluation of our water and sewer rates.”
Smith reaffirmed the city has already “accommodated reserves.” “This is what rainy day funds are for,” Smith added.
The widening features two 12-foot travel lanes and a 12-foot center turn lane to run for 3.3 miles from Main Street to near Interstate 65. Additionally, 4-foot shoulders with curb and gutter to allow 6 feet for bicycle traffic have been proposed. Two 5-foot sidewalks will be located along both sides of the roadway within a total right-of-way width of 68 feet, according to a study conducted for the project.
The project officially made TDOT’s transportation program in March of 2016. The transportation program features approximately $2 billion in infrastructural investments for 79 project phases in 42 counties.
At a 2016 Transportation Summit, TDOT Commissioner mentioned that the multiple phases of a new state road construction generally take about 10 years. The project has been on TDOT’s list for years as state officials waited for Spring Hill to be ready to partner in doing much of the right-of-way acquisition and utility relocation.
Learn more about the Duplex Road Widening Project at:
http://www.springhilltn.org/447/Duplex-Rd—SR-247-Widening-Project-Page
Reach Dessislava Yankova at 865.384.1973. Follow her on Twitter @desspor.
Spring Hill’s Finance Director Jim Smith, left, answers questions about the widening of Duplex Road on Tuesday, Feb. 21, 2017 in Spring Hill.
DESSISLAVA YANKOVA PHOTO