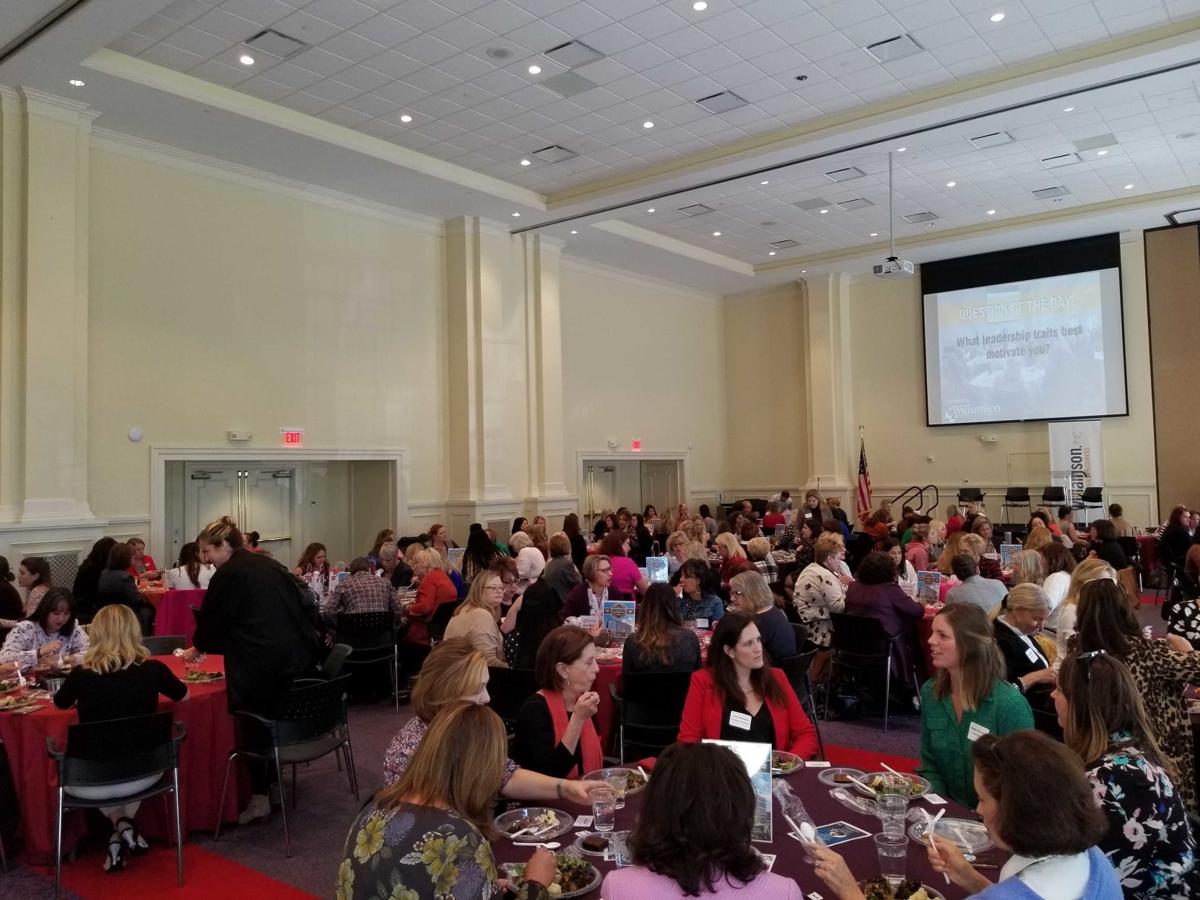 Last week, more than one hundred women gathered at Brentwood United Methodist Church to hear a panel of speakers talk about what it’s like to be a female business leader in Middle Tennessee.

The speakers had found opportunities locally and built fulfilling careers, but they also had stories of sexism and bias.

Wanda Lyle, a manager at UBS Business Solutions Center with more than 30 years of experience, recalled a male coworker who questioned why her husband would move to accommodate her job.

Later, when Lyle was winning an office-wide March Madness pool the same coworker wanted to know who had helped her pick winning teams, and she called him out.

“He just had no filter or thought process. I just had to make him aware of it,” she said. “That’s an extreme, and hopefully you don't deal with that. But I think (you should) … take your place at the table. Be respectful, and expect them to be respectful in return and call it out if they're not."

Despite those biases—and a large gender pay gap—businesses owned by women are thriving in Williamson County. Many business leaders are working to make sure female entrepreneurs continue that hot streak.

Between 2007 and 2012—the most recent data available from the U.S. Census Bureau for the county level—the number of women owned businesses increased by more than 30%.

During the same period, the number of male owned businesses increased by less than 2%.

According to the Women’s Business Enterprise National Council, those numbers reflect a decades long national trend.

In a blog post celebrating October as National Women’s Small Business Month, the organization pointed out that women now own about 42% of all businesses, compared to less than 5% in 1972.

Women are also stepping into leadership roles in big business, but most of those roles are still filled by men in Williamson County.

Of the 17 publicly traded companies in Williamson County, two have female CEOs. Debbie Osteen became the CEO of Acadia Healthcare in December 2018, and Cindy Baier became the CEO of Brookdale Senior Living in February 2018.

Women occupy slightly less than a quarter of all top-level management positions listed on the investor relations pages of Williamson County’s public companies. According to a report from the American Association of University Women, a group that advocates for gender equality, those number are similar for the nation as a whole.

In Williamson County, a group of 16 women—the Williamson Inc. Women in Business Steering Committee—are trying to create networking opportunities so that female business leaders will continue to thrive.

The group organizes monthly lunches, such as the event that Lyle spoke at last week, and an annual women in business summit. The summit held in August 2019 featured talks about helping women position themselves to lead.

Hollie Holt, the chair of the women in business committee, said a member of the steering committee paid registration fees so a group of young, female entrepreneurs from Williamson County Schools could attend the summit.

"For them to be able to get the real world experience of what women are doing, and hearing from other women, and learning from their trials and tribulations and how they've been empowered was pretty awesome," she said.

Courtney Bach, a senior leader at Brentwood-based LBMC who works in auditing and advisory, said it’s important for young professionals to see female business leaders. She joined LBMC right out of school about a dozen years ago.

“There were not a lot of women above me,” she said. “I didn't have a lot of role models, specific females that I could look up to and say I want to do what you're doing.”

Now, nine of the company’s 53 leaders at the shareholder level are women.

In 2010, LBMC started a program called Women Initiative Network that focuses on giving women within LBMC the opportunity to connect and learn from each other. That could mean retreats for female employees or panels with female leaders at the company.

She said she’s seen an increase in the number of women taking on leadership roles since starting her company in 2005.

Both Wolcott and Bach said they benefited from supportive male mentors early on in their careers. They said men and women bring different perspectives, and that diversity can make businesses stronger.