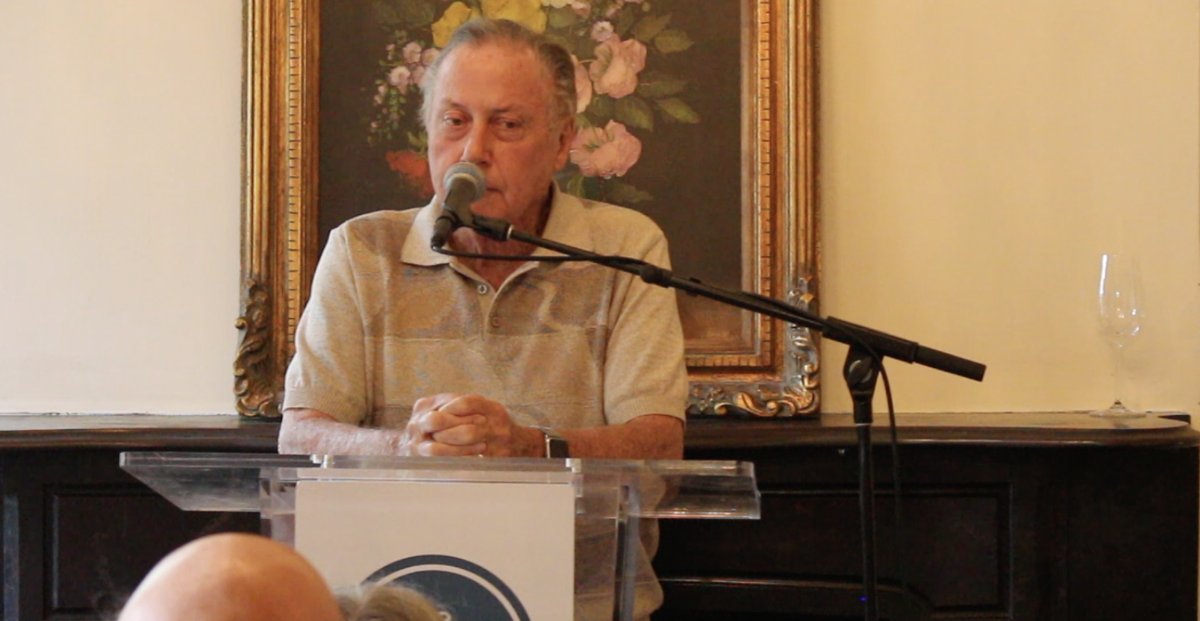 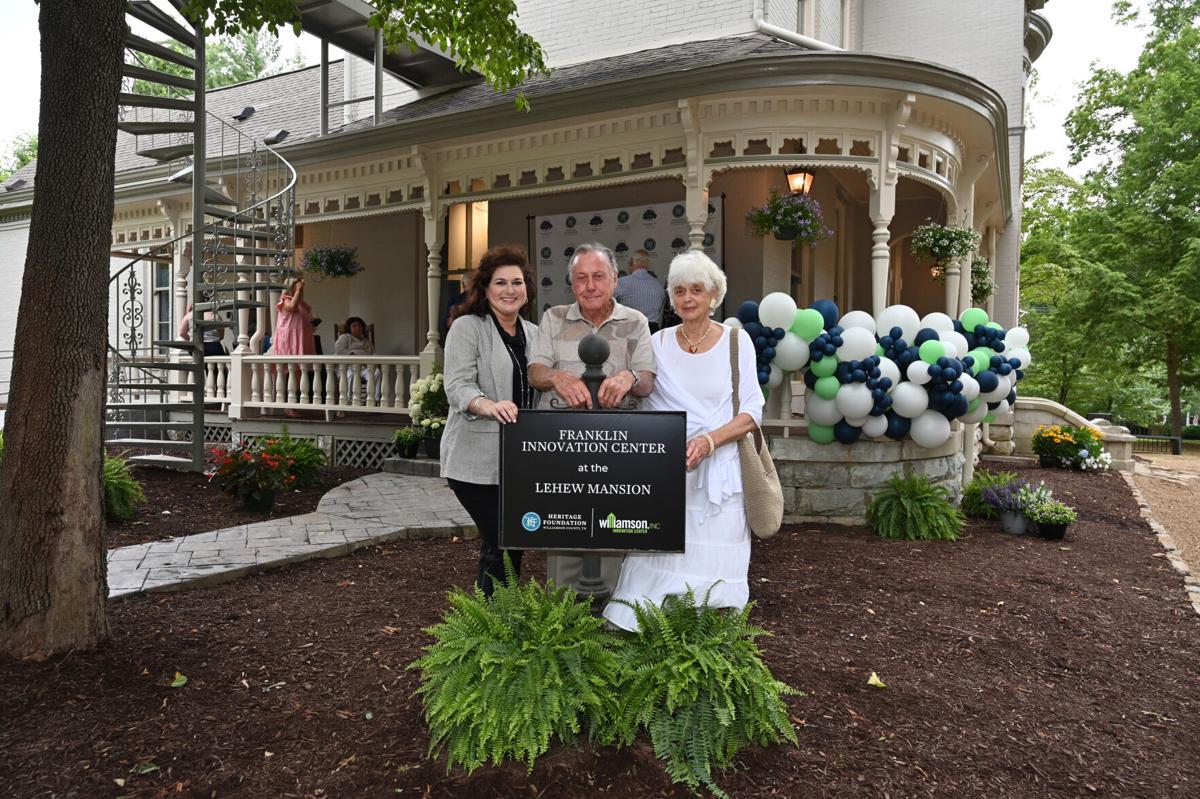 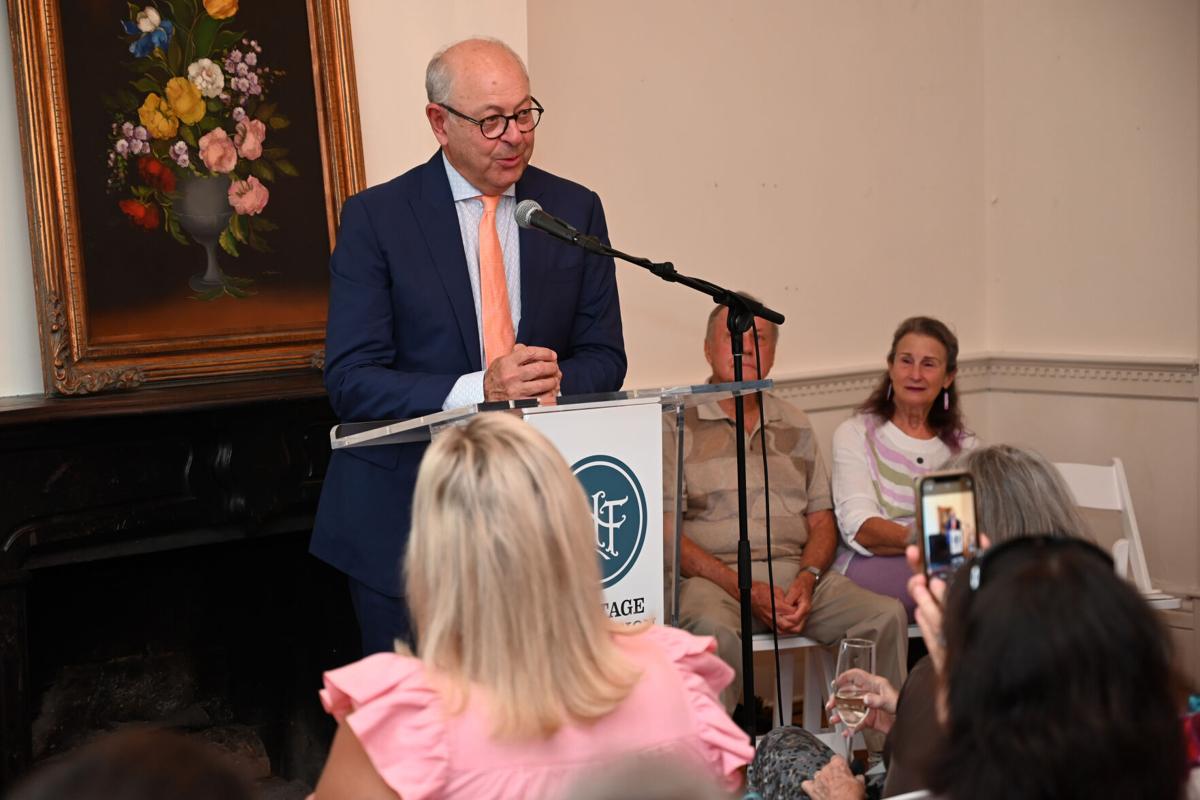 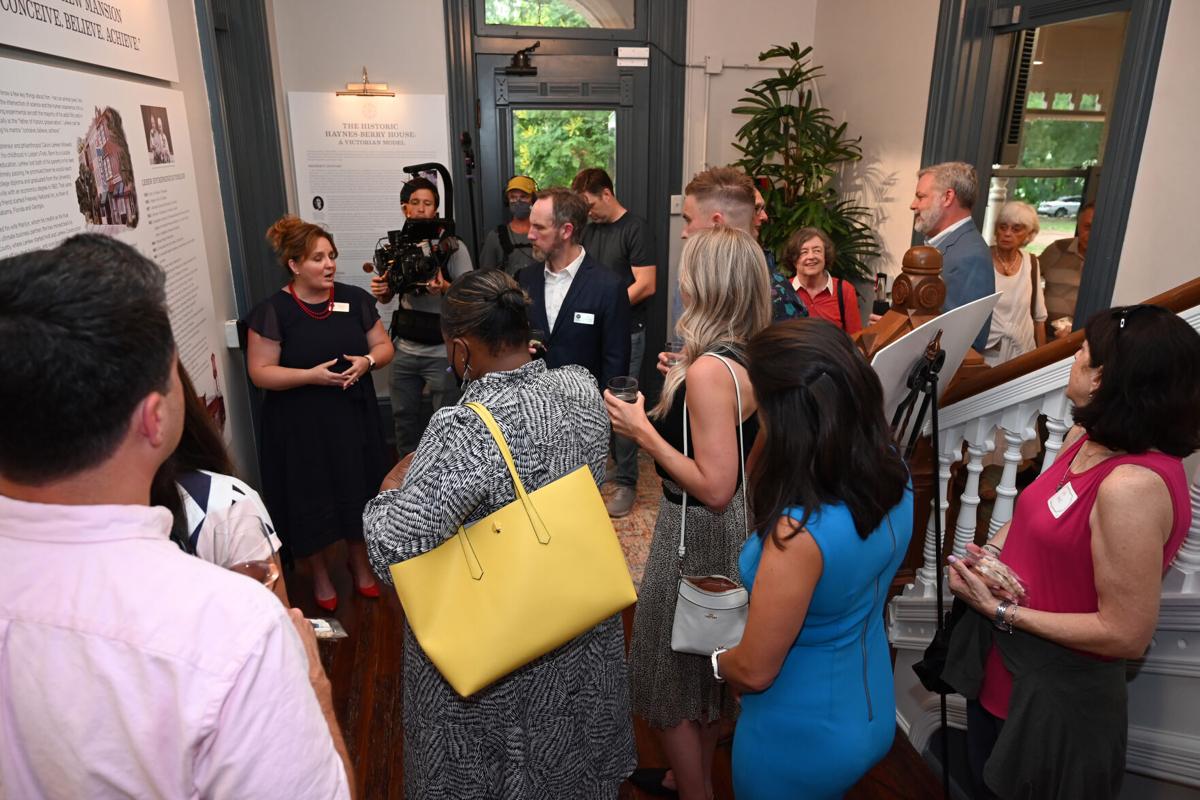 The first public tour of the LeHew Innovation Center in Franklin. 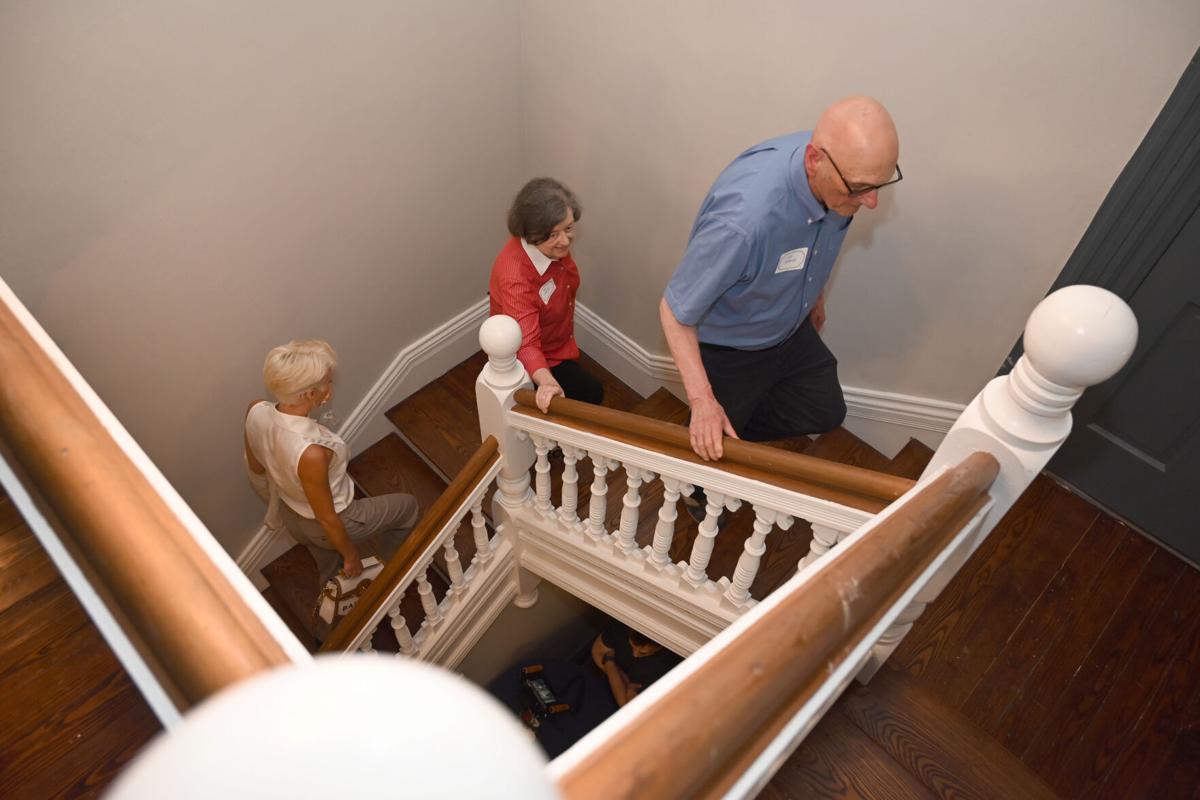 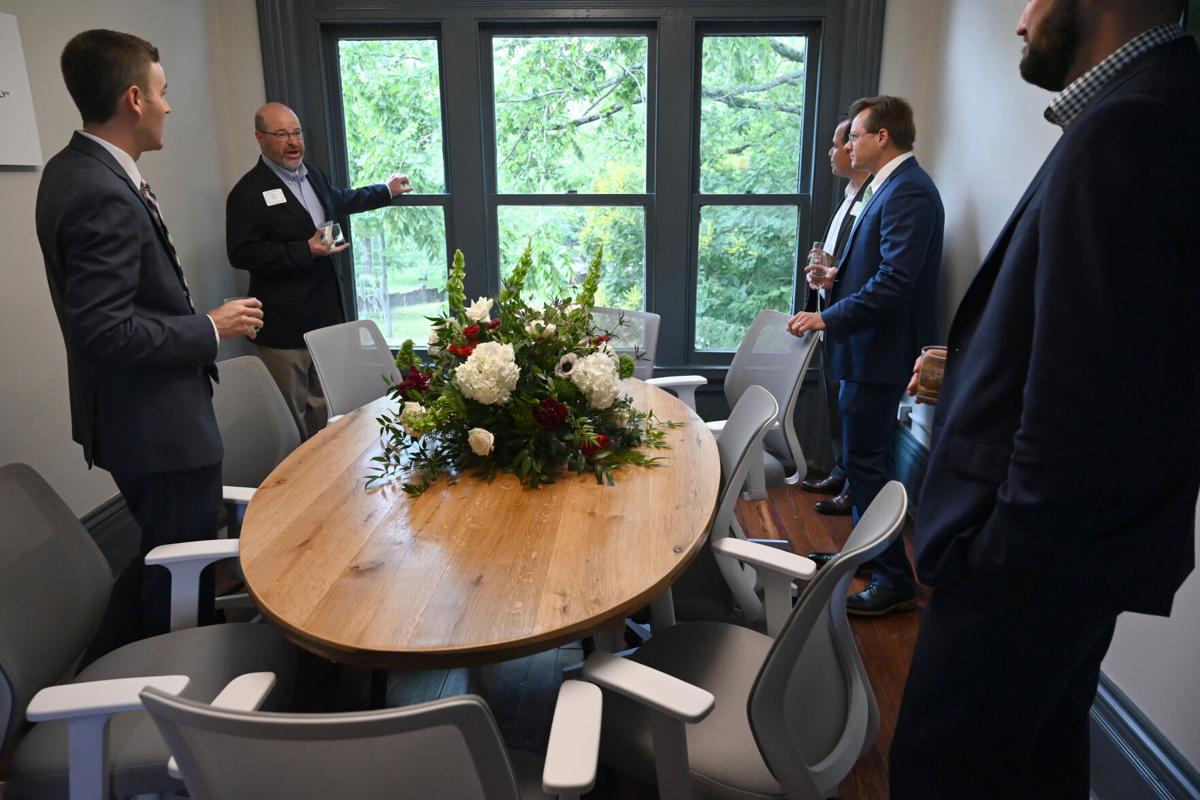 The first public tour of the LeHew Innovation Center in Franklin.

The Heritage Foundation of Williamson County on Monday hosted the grand opening celebration and a tour of the LeHew Mansion Center for Innovation in Franklin.

The LeHew Mansion now bears three dedicated office spaces on the first floor and another three on the second. Some of its spaces are dedicated to donors who helped make the restoration of the property possible, including the families of Tyler Berry and Fleming Wilt. The second floor includes the Fleming Family Collaboration Space, and the first floor also now includes the Berry Family Gathering Hall. The surrounding grounds are slated to soon feature the Berry Family Door-yard Garden, positioned in the front of the property, and the Berry Family Garden Retreat in the rear.

Namesake donors Calvin and Marilyn LeHew, married 57 years, were specially honored during the ceremony, referred to by Beasley as “legendary in this town.” Calvin LeHew recounted in his remarks having positioned himself as a defender of Eloise O’More when he was

“The mayor and [others] didn’t want her to be there. This was back when they wanted K-Mart, Walmart, Sears, Dillards and so forth, and I didn’t want that. I wanted things like this, artists and self-owned businesses,” LeHew said. “It was voted against her being here; it was taken to the Board of Zoning Appeals, which I was chairman of, and it was a tie vote. I cast the tie vote for her, and she got to be there. And it was so successful, she needed more space. So, this is it where we are now.”

Beasley described “the Franklin Innovation Center” as “a place that will serve as an incubator for new businesses in a setting of historic preservation.”

It is “the combination of a historic home coupled with modern furniture, fixtures and robust technology.”

A joint venture between Williamson Inc. and The Heritage Foundation, the historic mansion sits on the Franklin Grove Estate & Gardens campus and has already received myriad applications for its offer of short-term leases on office space from local startups. The Innovation Center purposes its renovated 4,100 square feet for up to six startups at a time and intends to close applications Thursday, July 1. Deliberations over applications from startups takes into consideration the benefit Franklin and Williamson County stand to gain from housing these startups, measured in part by metrics like whether or not those startups appear likely to remain in the area thereafter and at least moderately increase job growth therein.

When Belmont University acquired the former O'More School of Design in 2018, it left Franklin Grove at risk of becoming a casualty to urban development, but the Heritage Foundation bought the property to preserve it through renovations and repurposing its grounds for modern use. Tom Atema, CEO of international audio engineering technology corporation AP Live, voluntarily served as the owner’s representative for the foundation to oversee sourcing the construction and preparing for the grand opening.

Largen characterized economic development as a “stool” supported by “three legs”: “business improvement, which traditionally gets all of the headlines; business expansion, we know 70 to 80 percent of all new jobs come from existing companies; and it’s also entrepreneurship.” The latter has featured prominently in the County Chamber’s plan “for over a decade” to foster “a culture of entrepreneurship” for that reason.

The Heritage Foundation is a preservation society that boasts of protecting the County’s cultural, geographic, architectural and educational heritage for 54 years. Responsible for Roper’s Knob, The Franklin Theatre, the Downtown Franklin Association and the Old, Old Jail, the institution presents annual events like the Heritage Ball and Mainstreet Festival.