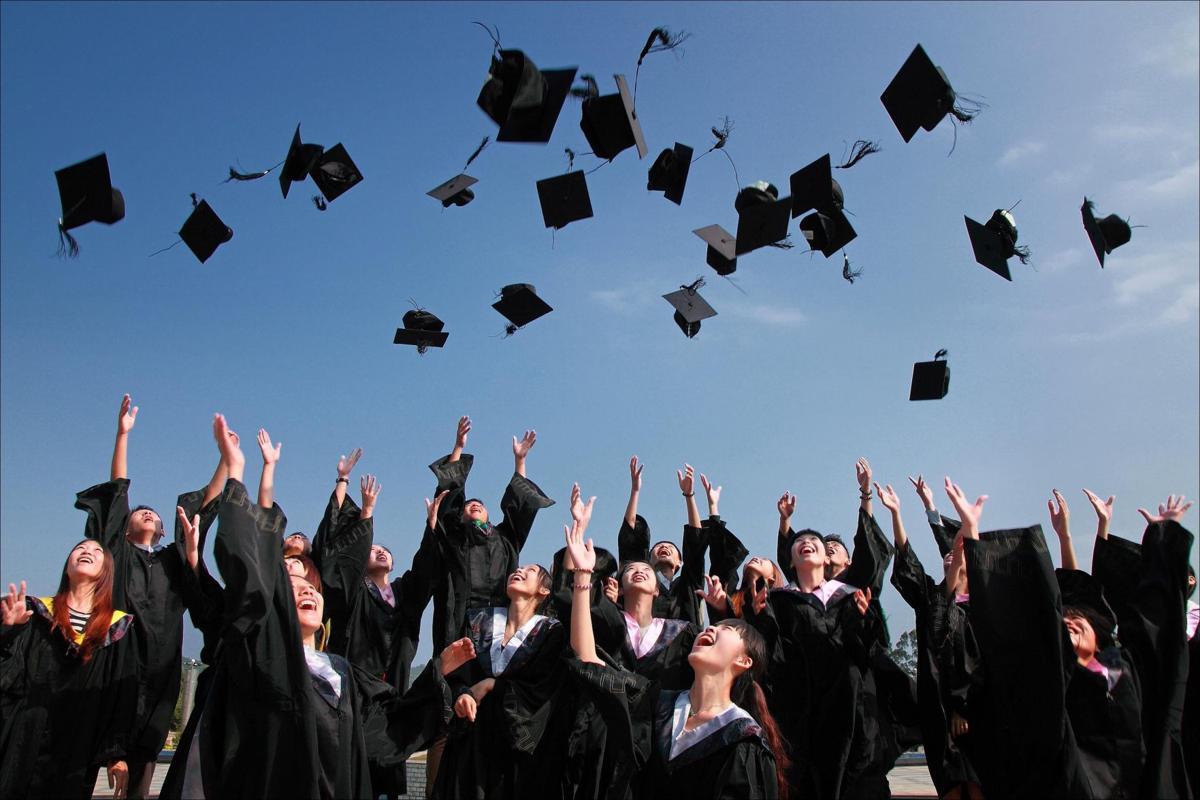 Student loan debt in Middle Tennessee has increased dramatically over the last decade, but most borrowers in Williamson seem to be shouldering the financial burden successfully. 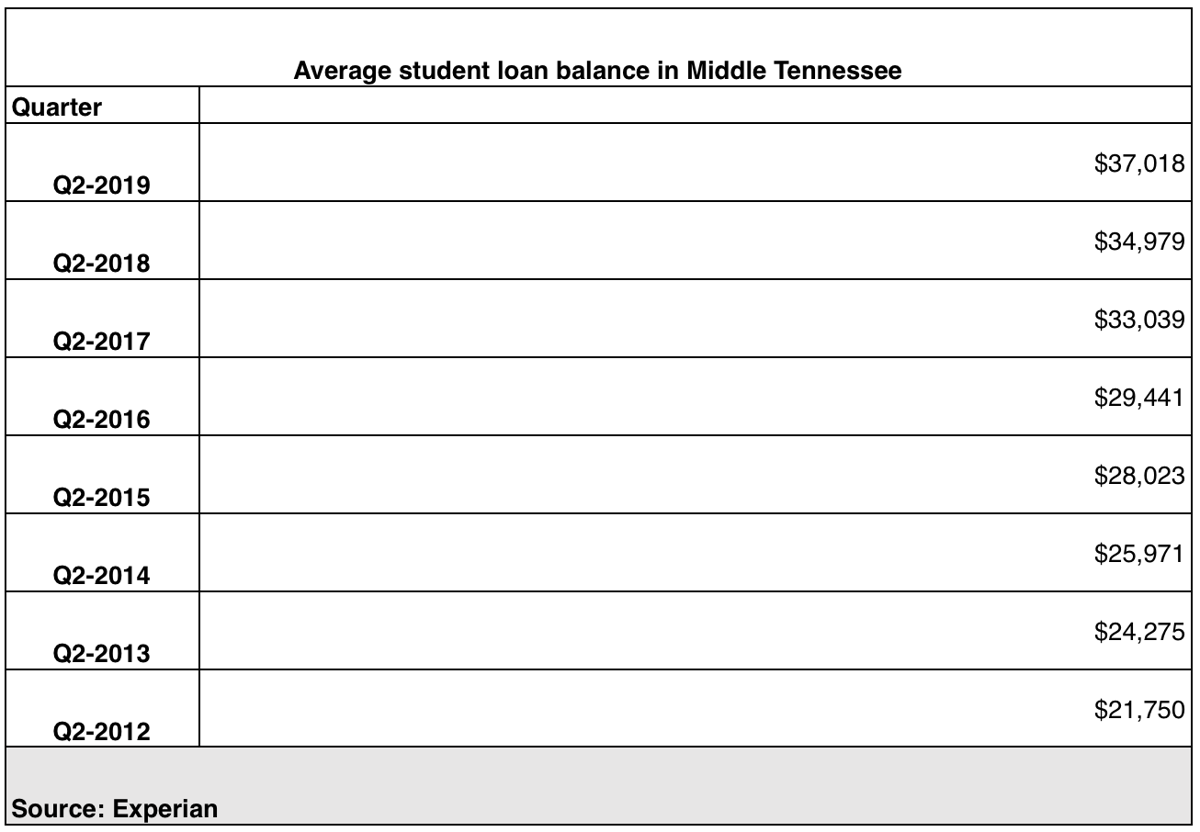 Experian reported any open loan, including deferred loans, that a creditor reported as an education loan.

The average amount of owed on student loans in Middle Tennessee has increased dramatically over the last decade.

According to data from the credit bureau Experian, the average student loan balance in the Nashville metro area, which includes Nashville, Williamson County and Murfreesboro, has increased by more than 70% since 2012.

Student debt has been rising across the U.S. for years. Total student debt in the U.S. has increased by about 60% since 2012, surpassing $1.5 trillion at the end of last year.

However, compared to other metro areas, Middle Tennessee has relatively low levels of debt. According to Experian, the average student loan balance in Corvalis, Ore., was more than $46,000 last year. The average balance in Durham, N.C., was even higher.

More broadly, students from across Tennessee tend to have low levels of debt compared to other states. A 2019 report from the Institute for College Access and Success found that graduates in Tennessee had less debt than 33 other states.

One of the most important factors behind the rising levels of student loan debt is the increasing cost of attending college.

That increase means that families at all economic levels are taking out more loans, but a recent report from the public policy think tank American Enterprise Institute showed the proportion of high-income families borrowing money to pay for college doubled between 1995 and 2015. More low-income families are borrowing as well, but the increase wasn’t as dramatic.

Williamson County has a median household income of roughly $109,000, more than double the median income in Tennessee as a whole. Additionally, the majority of Williamson County adults have a bachelor’s degree, and more than 20% have an advanced degree.

“When you start seeing large debt amounts like that, it's typically bringing in graduate debt as well," he said. "The higher end of that is coming from graduate students, doctors, lawyers. They're allowed to take out more debt.”

The Experian data includes any loan marked by a creditor as an education loan, which would include loans for graduate school and loans to parents.

Gentile also speculated that parents of students in Williamson County could be taking out large loans to pay for private colleges. Those loans to parents are only capped by the cost of tuition. At some private schools that could be $70,000 per year.

Steve Holt, who operates a franchise of the college planning business Class 101 in Williamson County with his wife Hollie Holt, said college is now so expensive that nearly all families have to take out loans to pay for schools. He said he’s seen lots of wealthy families taking out loans for expensive private schools.

“Any family wants the best for their kid ... But I think that wealthy families also would tell you, they would rather their kid go to Notre Dame than a public school simply because of the advantage that may give their kid later in life, with the network they’re going to make,” he said. “I think wealthy families are willing to borrow the extra money to send their kid to a really expensive school because they believe it's going to pay off in the long run.”

While debt is increasing, there are lots of ways for students in Middle Tennessee to get assistance for college.

Gentile also pointed out that the rise in student debt is also an indicator that despite rising costs, students are choosing to go to college, and that earning a college degree can have tremendously positive effects for graduates and the communities where they live.

“If a student graduates with debt, that signifies an investment towards an ability to pay that down,” he said. “Taking on debt is not always a bad thing. What I worry more about are people who (leave) without completing a college degree.”