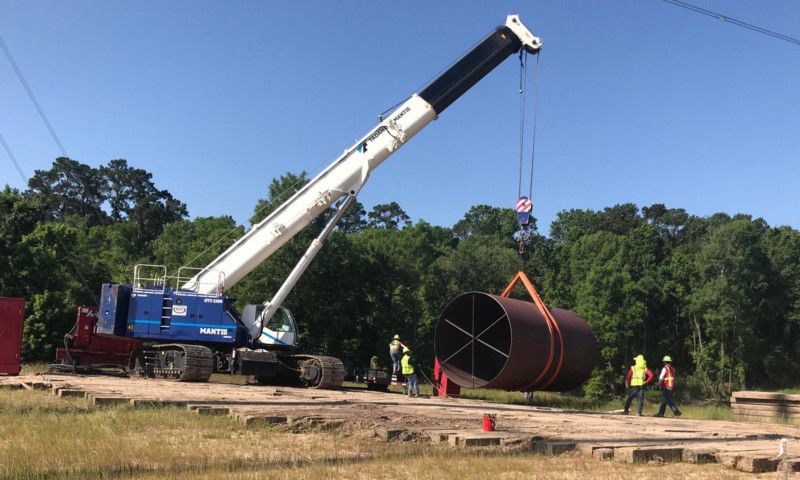 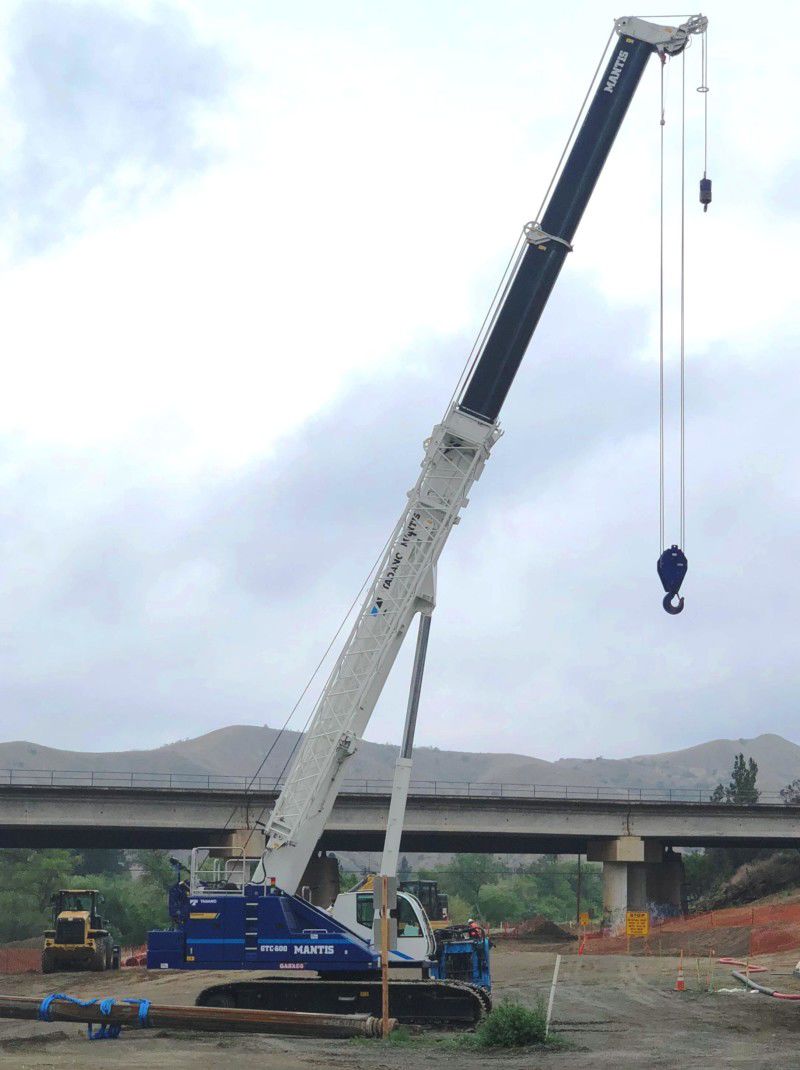 The Nashville skyline is dotted with tower cranes as construction companies try to keep up with the ever-increasing demand for high-rise offices, hotels and restaurants.

However, an entirely different kind of crane company has called Franklin home for the better part of the past four decades.

Tadano Mantis Corporation, established in 1979, specializes in the design and manufacturing of the telescopic boom crawler crane. The crane has a stable base with tracks, allowing it to move around work sites of both level and rough terrain.

“The key word is versatility,” Tadano Mantis marketing specialist Patrick Snow said. “The ability to have one crane that can do a variety of projects helps companies get things done in a timely manner, and it gives them value for their purchase.”

The telescopic boom crawler crane has been used for the building of bridges, retaining walls, storage tanks and power lines. The crane tops out at approximately 180 feet in height, so it won’t be found at high-rise downtown projects. But the crane’s versatility makes it an ideal choice for work on tough ground conditions, according to Snow.

“One of the big advantages of having the tracks is that it can handle all types of terrain,” Snow said of the telescopic boom crawler. “We’ve even had cranes shipped to Antarctica to work on research for different governments, because they can maneuver through snow and ice so well.”

Bridge projects and the erection of retaining walls often require rerouting of traffic when large cranes are used, but the crane’s telescopic boom allows work to continue even as traffic buzzes by on roadways.

“Our cranes allow contractors to work around traffic in crowded areas,” Snow said. “This helps companies work in the middle of the day, rather than having to settle for off-hours when no one is on the road.”

Tadano Mantis employs nearly 40 people in its Columbia Avenue office, which includes the engineering, accounting, marketing, purchasing and customer support departments. The cranes were manufactured in Williamson County until 2002, when production was moved to Richlands, Virginia.

“There’s no question that the Franklin location helps us,” Snow said. “Employees are excited to move to a place that is growing.”

Mantis Cranes was owned by Spandeck before the Japan-based Tadano acquired the company and its product line in 2008. Tadano is widely considered as one of the world’s top crane manufacturers, and Snow said their presence has allowed the Mantis brand to flourish.

“Tadano has a great reputation around the world, and especially in North America,” he said. “You know what you’re getting when you order one of their cranes.”

The partnership with Tadano means that the Franklin employees have made trips to Japan for business. In fact, Snow said that the Japanese and American teams have combined efforts when working on projects and new designs.

“Our engineering department has combined forces with the Tadano Japan engineers by working on ideas together,” he said. “There’s plenty of collaboration between the teams, which is especially helpful on large projects.”

Snow said that the company’s commitment to technology and safety has helped the product line grow from a “niche” machine to one that is utilized on all types of infrastructure projects.

Among the innovations is automatic switching of load charts for out-of-level operation up to four degrees. Also, the crane technology can restrict or stop the rotation of the machine from swinging into a position where the crane could be unstable.

“The safety issue is paramount,” he said. “Companies appreciate the innovations from our engineers, because they keep crane operators out of positions of risk.”

“Our cranes are on all kinds of different projects now,” Snow said Tadano’s success. “We’re down in the dirt on infrastructure projects, building oil and water tanks and even hanging steel for hospitals and schools. (The growth) has been great to see.”