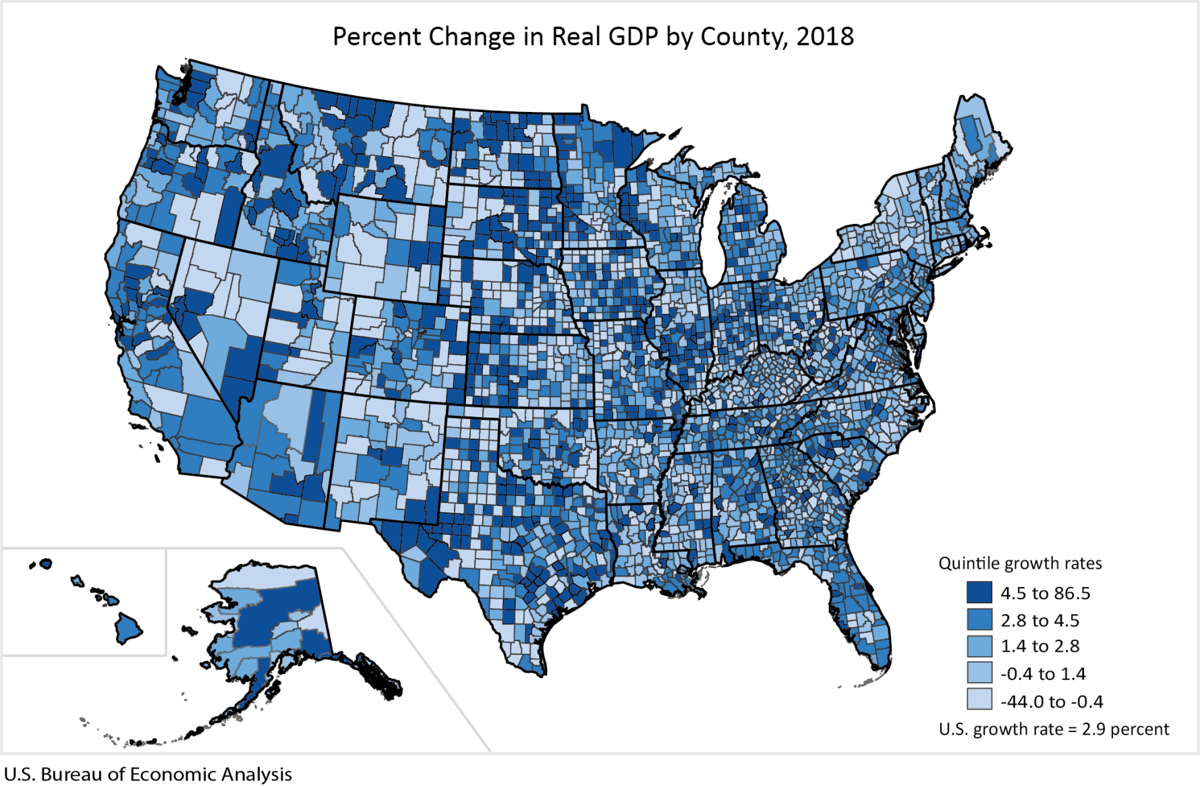 GDP increased in 2,375 counties, decreased in 717, and was unchanged in 21 in 2018, according to estimates released by the U.S. Bureau of Economic Analysis. 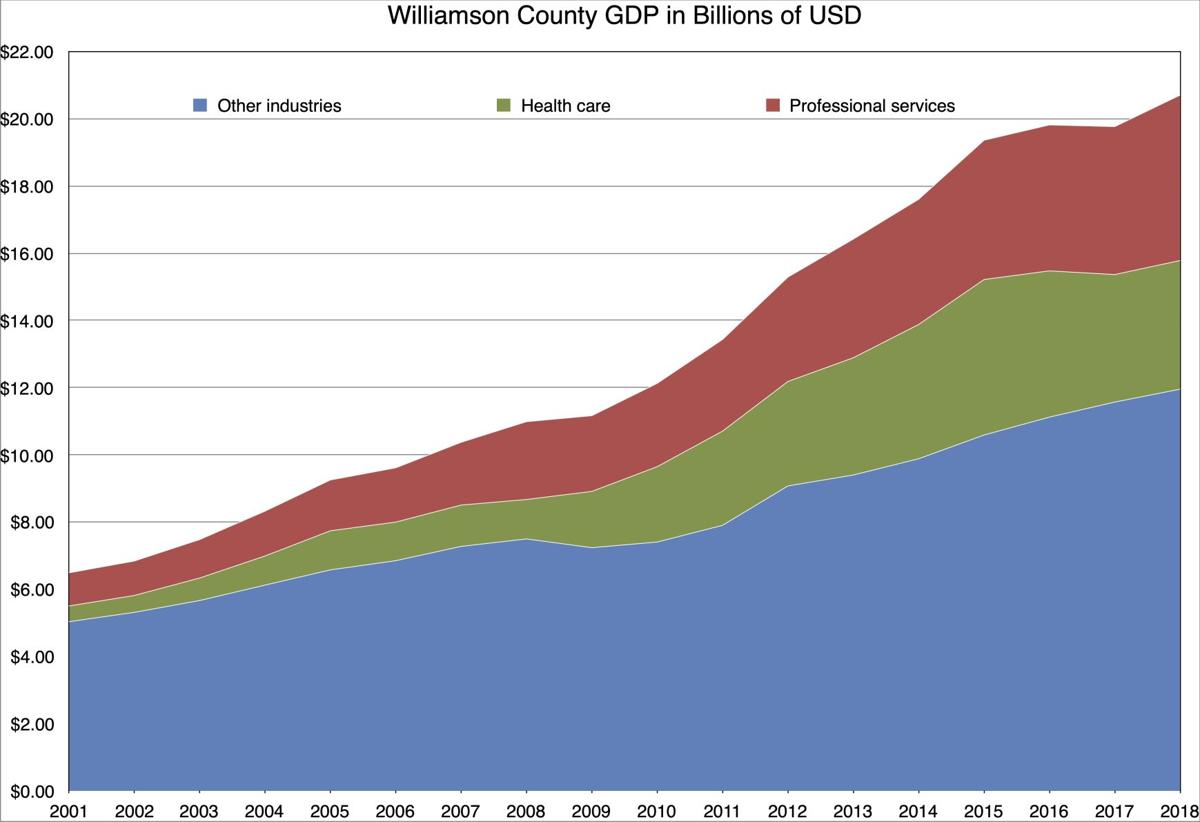 According to an estimate from the Bureau of Economic Analysis, Williamson County generated more than $20 billion in economic value in 2018, the first time the county has crossed that threshold.

Williamson County’s biggest industry was professional and business services generating $4.9 billion last year. That industry includes the management of companies and administrative services and employed about 37,000 people in 2018, according to the Bureau of Labor Statistics.

The health care industry was also a significant contributor to the local economy. That industry generated $3.7 billion in economic value, and employed more than 18,000 people.

Over roughly the last two decades the contributions from those two industries have increased extraordinarily fast.

When the financial crisis started in 2008, the Bureau of Economic Analysis data shows that other industries, especially construction, slowed down. But growth in the health and professional services sectors skyrocketed during this time.

The broad economic category of finance, insurance, real estate, rental, and leasing used to be the county’s top industry, but professional services started outperforming that industry around 2007. The health care industry surpassed finance around 2009.

Now finance is the third most important industry in Williamson County, followed by manufacturing, which generated more than $2 billion in 2018.

While the general trend over the last two decades is economic growth, the county is rebounding from a slight contraction in economic activity in 2017, when the county has a -0.3% growth rate.

Williamson County had the fifth largest GDP in the state behind Davidson, Shelby, Knox and Hamilton counties.

The Bureau of Economic Analysis only recently started releasing GDP numbers at the county level. It previously reported numbers for metropolitan areas.