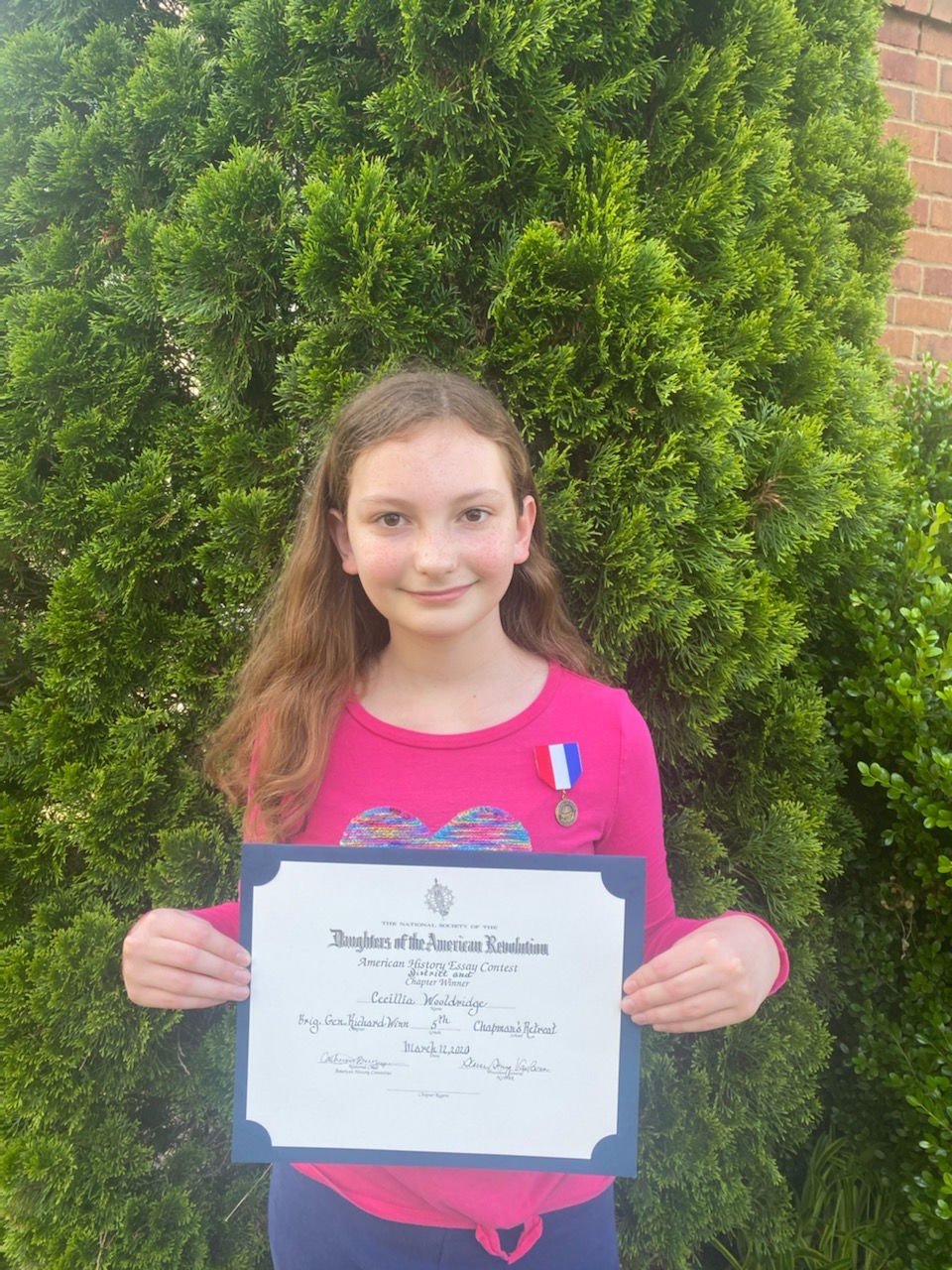 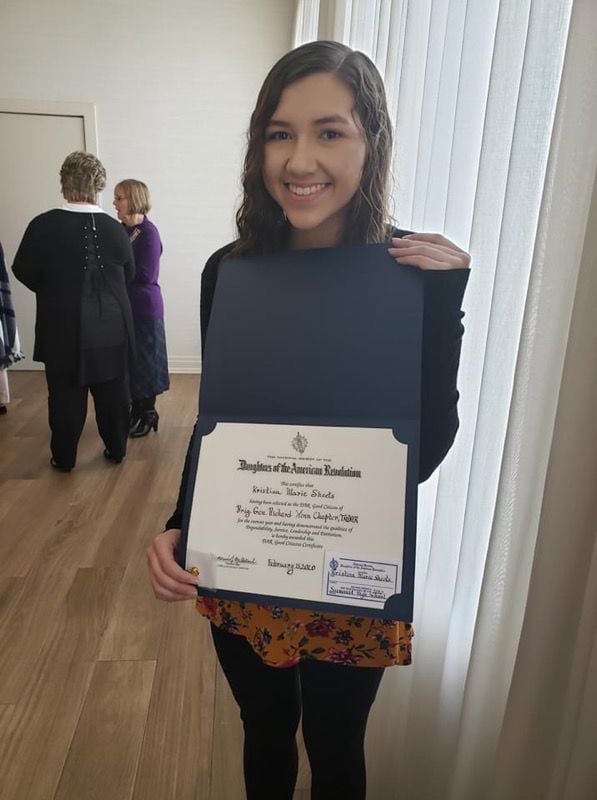 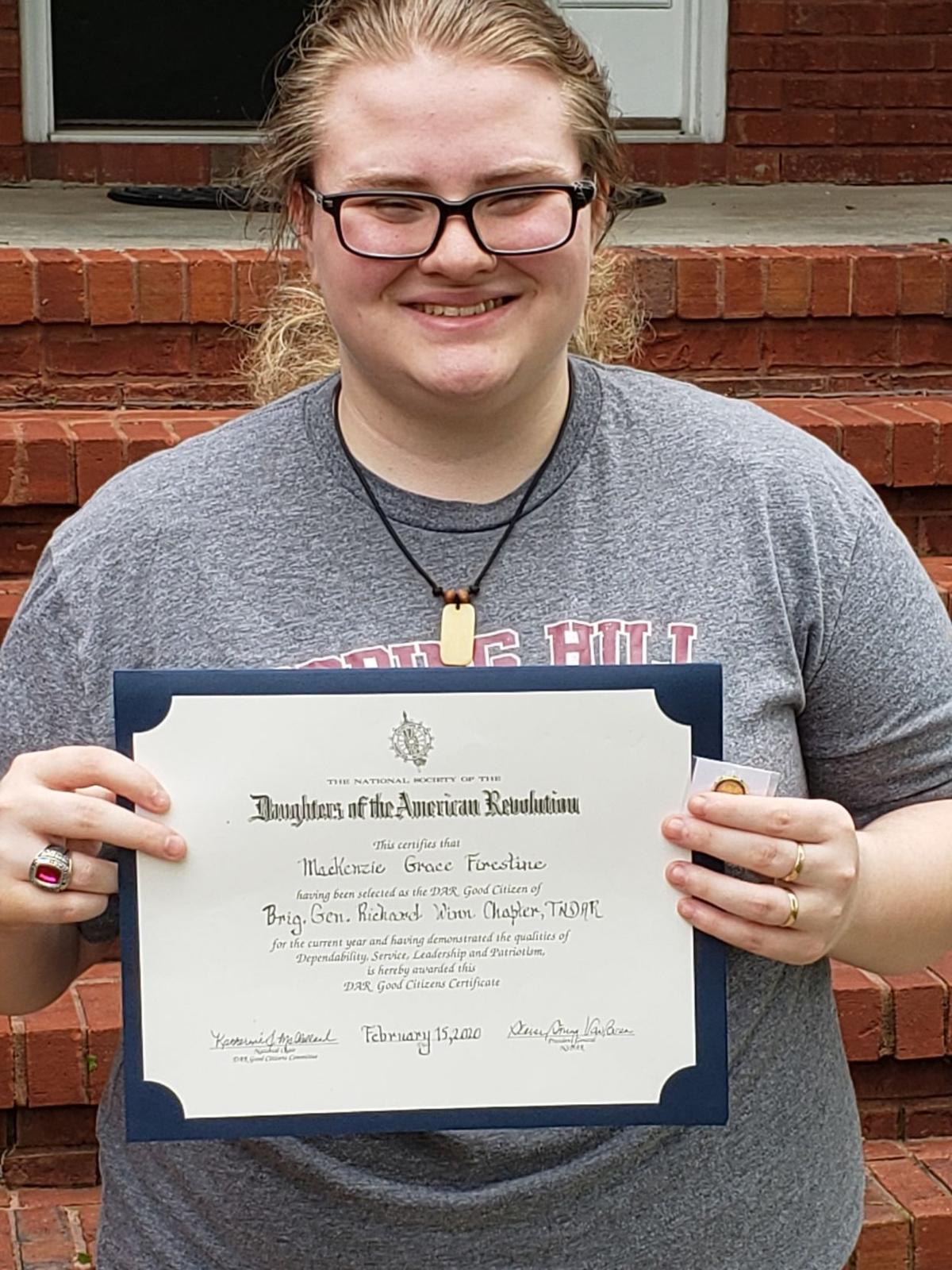 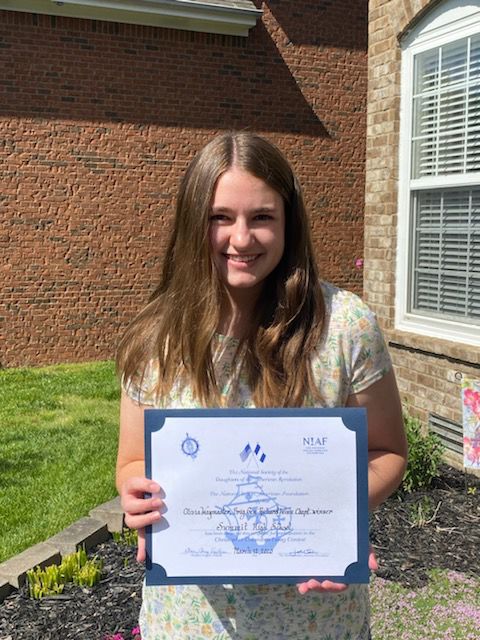 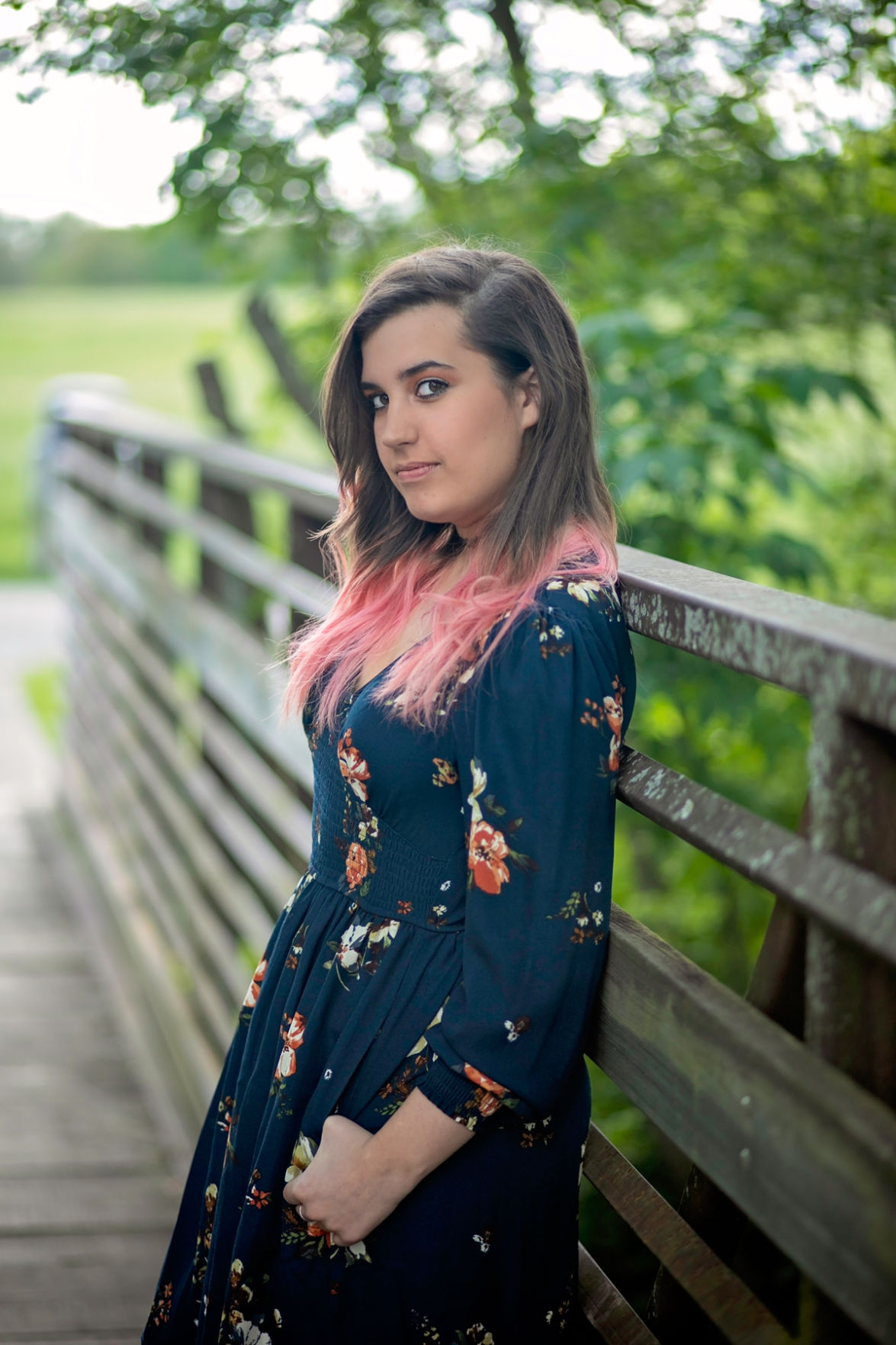 The Brigadier General Richard Winn chapter of the Daughters of the American Revolution recently named four students from schools in Spring Hill as winners in Good Citizen and History Essay categories.

The DAR Good Citizen Award and Scholarship contest was created in 1934 to encourage and reward the qualities of good citizenship, according to a press release sent by the chapter. This award recognizes and rewards individuals who possess the qualities of dependability, service, leadership and patriotism in their homes, schools and communities.

The purpose of the American History essay contests is to promote American history by honoring significant historical people, places, dates and/or events.  Since 2020 marked the 400th anniversary of the voyage of the Mayflower and the founding of the Plymouth Colony, fifth through seventh graders were to imagine they were one of the passengers on the Mayflower.

Knowing what materials were available in 1620, what would they have packed to prepare for the trip and start a new life in the wilderness? After experiencing more than two months at sea then finally landing at Plymouth Colony on Nov. 9, 1620, what did they think they would have done differently and why?

He and his men explored the Caribbean for five months after arriving in October. The student was to imagine they were a sailor who was accompanying Columbus on this voyage and now returned to Spain. They were to describe their impression of Columbus and their perception of the purpose of the expedition.

The National Society Daughters of the American Revolution was founded in 1890 to promote historic preservation, education and patriotism. Its members are descended from the patriots who won American independence during the Revolutionary War.

With more than 185,000 members in approximately 3,000 chapters worldwide, DAR is one of the world’s largest and most active service organizations.  More than one million women have joined DAR since it was founded.

Julia Michelle Durham, daughter of Paul and Amy Durham and a 2020 graduate from Spring Hill High School, is the state recipient of the TSDAR American History Scholarship. She was sponsored by the local Brigadier General Richard Winn Chapter.

Durham is enrolling in Trevecca University and will be studying Theater Education and History. She plans to teach after graduation, intertwining her love of theater into the teaching and study of history in the classroom. She credits her love of history to her high school history teacher.

She was actively involved in Drama Club, serving as vice president, and the Anti- Bullying Club, serving as president in her junior year. She was also a member of her high school student council, yearbook staff and DECA. She was in or worked on several school theater productions. In addition, she attended Concordia Arts Academy outside of her regular school hours and was active in her church youth group.

Durham has received several awards in school for her work in English, Biology, and History. She combined theater and history in a documentary on Stephen Sondheim, composer and lyricist, for musical theater and received third place in the Middle Tennessee Region in the National History Day competition.