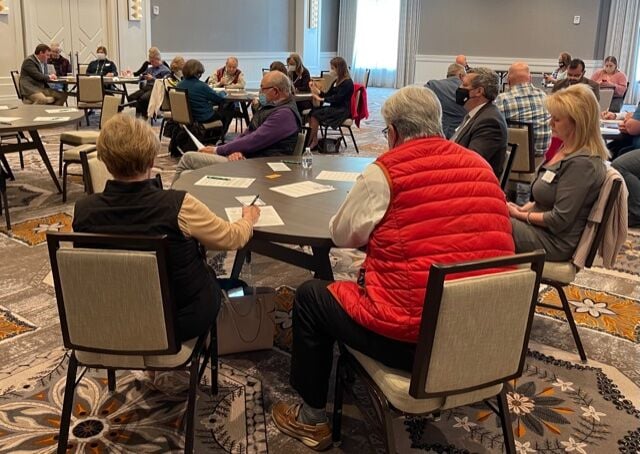 Between 25-30 people showed up for a Civic Index Conversation that was held at the Harpeth Hotel in April. 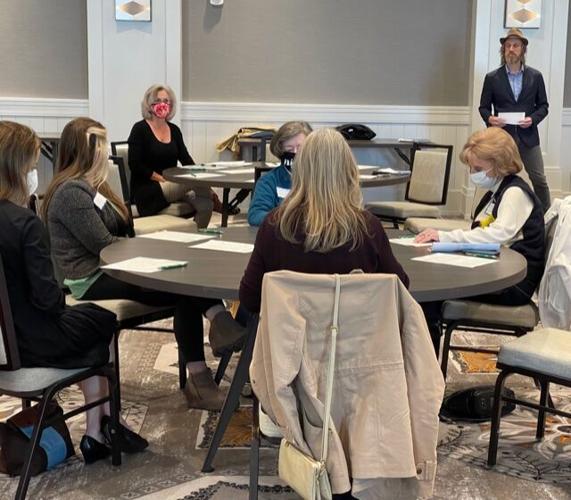 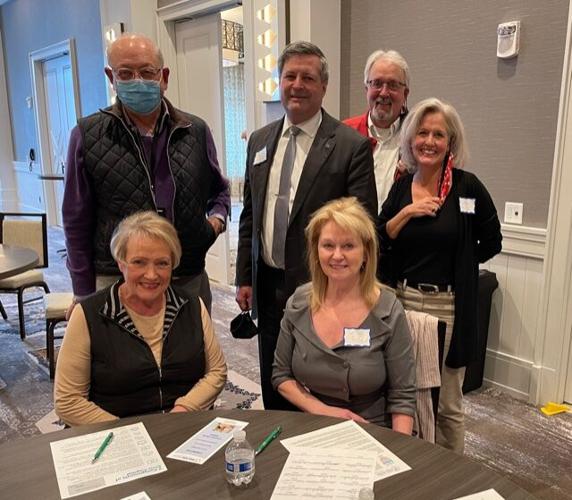 Having moved to Franklin about 20 years ago, Pat Robbe is certain she and her husband, Bret Robbe, are here to stay.

“Franklin is the best place to be,” she said. “I grew up in Michigan, but lived in seven other states, and with that experience, I know it doesn’t get any better than here. We’ll never move again.”

That passion for their hometown is what led the Robbes to join with a group of about 25 other residents for a Civic Index Conversation Wednesday afternoon at the Harpeth Hotel in downtown Franklin. It was one of a series of sessions Franklin Tomorrow is holding as a self-assessment tool used by cities and agencies across the country for measuring a community’s civic capital.

“I love to learn about the community, I love to participate in the community,” Pat Robbe, a local Realtor, said after Wednesday’s hour-long discussion ended. “I just believe so much in the leadership, and I think for me, it’s a privilege and a pleasure just to be a little part of it. if I can contribute in any way, I would love to do that.”

Jeff Ledbetter, a local entrepreneur who has lived in Franklin for seven years, and Lynne McAlister, president of the Franklin Downtown Neighborhood Association, facilitated Wednesday’s conversation. Ledbetter led a discussion with the whole group, which included government officials, nonprofit leaders, business professionals, and others from the community.

The talk centered around the seven components of civic capital, which are engaged residents, inclusive community leadership, collaborative institutions, embracing diversity and equity, authentic communication, culture of engagement, and shared vision and values. They played a key role in Franklin being named a 2020 All-America City by the National Civic League.

Ledbetter said the latter component — shared vision and values — is perhaps where Franklin shines most.

“I think that’s what really ties us all together as Franklinites,” he said. “We all share the same core value. We think differently about a lot of things, but I think it’s something we should all be proud of, and I think that’s how we grow together as a city.

“To me, that’s one of the most important components is having a shared foundation. We all have that same ‘Franklin’ inside us and that’s why we all end up here.”

Mindy Tate, executive director of Franklin Tomorrow who is overseeing the Civic Index Conversation initiative, said those who aren’t able to attend an in-person event can get involved virtually. Plus, anyone can organize a conversation in just about any setting.

More information on the Civic Index Conversation can be found on the Franklin Tomorrow website.

Franklin Tomorrow is also encouraging everyone to take the self-assessment survey.