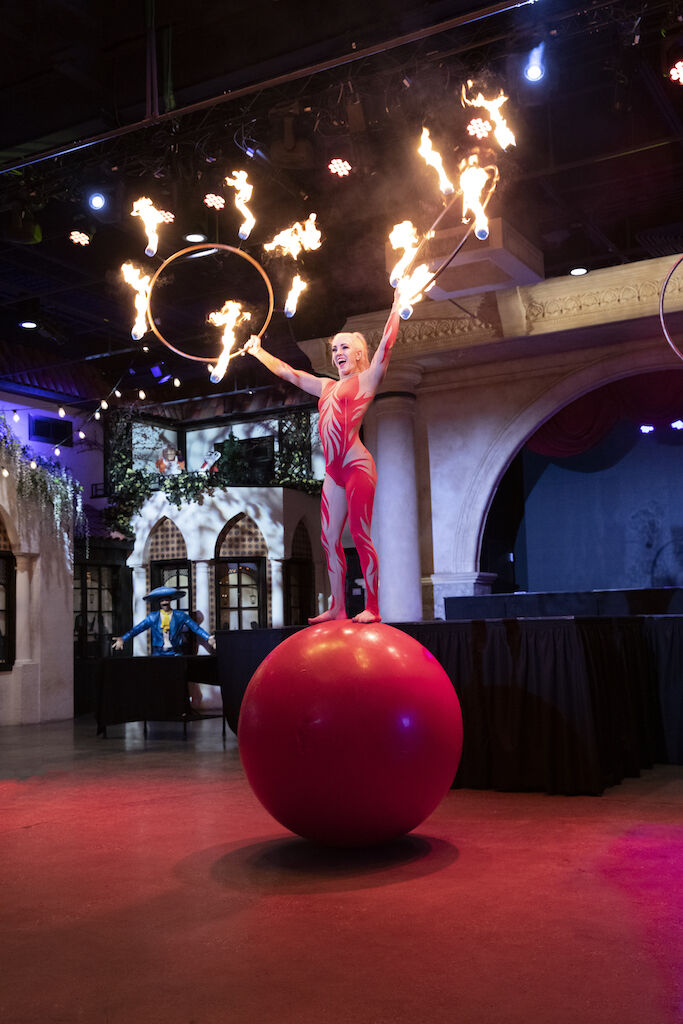 Fiery hoops and a balancing ball are part of Grace Good's circus performances. 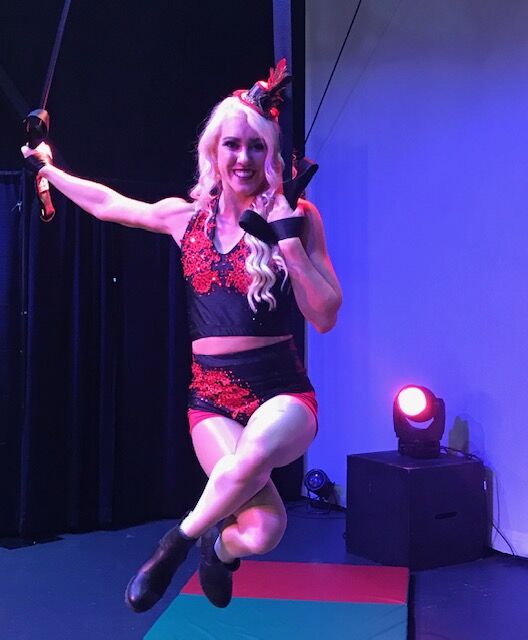 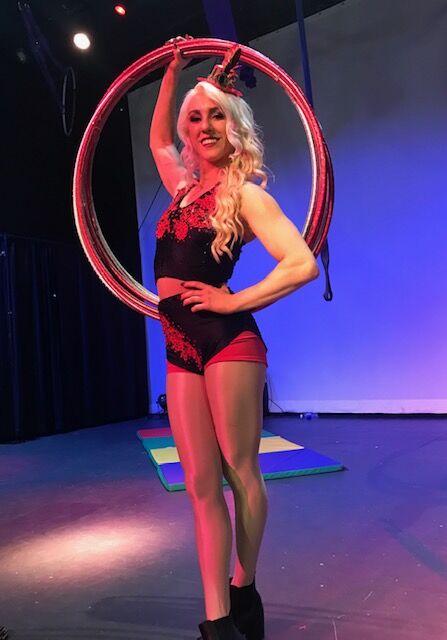 There is nothing like a hula hoop to calm anxiety.

And if it serves as a ring of fire and is used at soaring heights for acrobatic stunts, all the better.

That, at least, is the treatment that Franklin native Grace Good seeks when her nerves become frayed for no apparent reason.

“I have struggled a lot with anxiety, especially when I first started going to college,” said Good, a 2011 graduate of Centennial High School. “I would get panic attacks. That’s when I became obsessed with hula hooping. It became my outlet, my happy place.

“I went to psychiatrists for help, but I didn’t want to take medicine. I overcame it with hula hoops, fire and acrobats.”

That obsession with fiery hula hoops and acrobats has gone from being a therapeutic balm to a career as a circus performer, leading Good to international and national travel with Cirque Dreams, regular appearances in Las Vegas and local gigs such as performances at Plaza Mariachi in Nashville.

As surefooted as she is walking on a tightrope or balancing on a large ball, Good more or less stumbled into the circus world. She wasn’t really athletic as a child, though she did enjoy musical theater and being in the spotlight on stage. She was also active in the arts, and after high school she went to Middle Tennessee State University to major in photography.

Then she saw some students hula hooping on campus, and her career path changed rather dramatically.

“I discovered hula hooping and thought it was amazing,” Good said. “I went and bought a hula hoop and just became obsessed. I couldn’t figure out anything else to do.”

Good ended up getting an associate degree in business at Columbia State Community College, but by then she had already launched a career in the circus.

“I was self-taught,” Good said of learning her circus skills. “I ended up traveling the country and learning from others, getting advice and mentorship. There is not really a school for learning the circus, so I dove deep into the internet and learned from as many people as I could from the circus world and the entertainment world.

“I never thought I’d join the circus, but here I am.”

Once she developed her act, Good began street-performing in downtown Nashville. Within a year she became a co-owner of Beyond Wings Circus, a business that provides circus performers for parties, festivals and other events throughout Nashville and Middle Tennessee.

In 2016, Good became associated with the Nashville Circus Center in Cool Springs, where she began teaching and helping to develop the company’s circus programs, summer camps and youth and adult classes.

Along the way, Good joined Cirque Dreams and traveled across the country as well as to Japan performing on U.S. military bases in May 2019. She had also produced, directed and performed in the Nashville Circus Spectacular at Riverfront Park in downtown Nashville.

Good was in her element, and then the element known as COVID-19 struck. Like everything in the entertainment industry, the circus shut down.

“The worst part was the uncertainty of when I could go back to performing live,” Good said, sitting in a conference room at the Nashville Circus Center. “I didn’t want to stop performing and I didn’t want to get a ‘real’ job. So I just kept going, posting videos online, and started doing livestream shows from my parents’ backyard [in Franklin].

“When I started putting things online, all the [viewer] comments were what kept me going. I had gotten really depressed at times. There were times where I was crying and questioning why I was doing this. Then I would do it and read all the comments and see how it made people happy, and I said, 'OK, this is why I’m doing this.'”

Even though the pandemic slowed down her travels and kept her from performing live as much, Good’s livestreaming shows brought her national recognition. Producers of a new TV series titled “Covid America – The Series” came to film and feature her in their documentaries showcasing what various people across the country are doing during the coronavirus outbreak.

“Grace, like many who earn a living as entertainers, thrives on the energy of live performance,” said Valerie Smaldone, one of the series’ producers. “As devastating as it is for her not to be able to perform in a large venue, she took the opportunity to re-invent herself and deliver her art and entertainment in a different way. She exhibits resiliency during a very challenging time.”

For now, things are opening up for Good beyond the virtual world. She recently left for Las Vegas to set up residency as she will be performing regularly there. She also has a condo in Franklin she shares with her sister, and will continue working at the Nashville Circus Center and doing shows at Plaza Mariachi.

“Lots of good things are happening now,” Good said. “I’m really grateful I kept sticking it out no matter what, just keeping a positive mindset. With it being as hard as it is during this time, it really is so easy to fall into this negative side.

“Every day I wake up and try to think about the things I’m grateful for, try to focus on the positive side