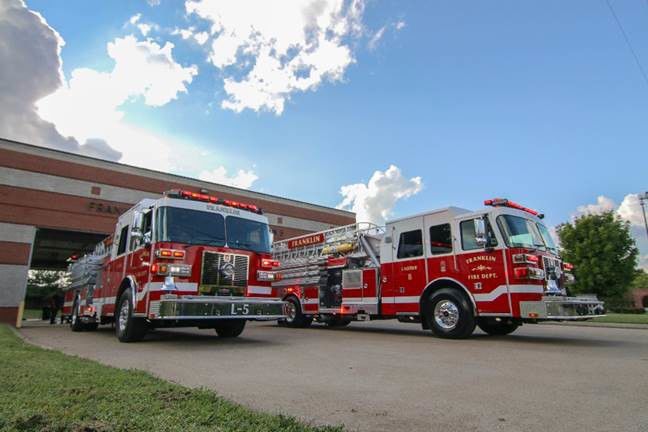 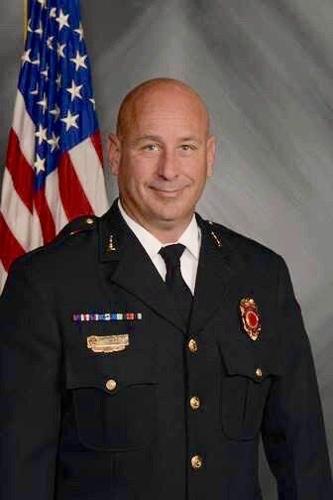 After 25 years with the Franklin Fire Department, Lt. Jeff Moss will complete his final 24-hour shift at 6 a.m. Christmas Day.

Born and raised in Franklin, Moss said he wanted to be a firefighter at an early age. His parents would often drive him past old Station 1 on West Main Street so he could see the fire trucks. He remembered Battalion Chief Wayne Arrington lifting him into the driver’s seat of “1313,” a 1972 American LaFrance, many times as a young child.

“When I was hired, Chief Arrington joked, ‘I hope you can get in the truck because I can’t pick you up and put you in there now,’” Moss said.

Moss began his career by volunteering for the Williamson County Rescue Squad after graduating from Franklin High School. He was hired by the Franklin Fire Department in 1995 by Fire Chief Donnie Claiborne.

Moss was part of the crew that closed old Station 1 in 1998 and opened new Station 1 on New Highway 96 West. He said he has fond memories of the old station.

“The sleeping quarters were above the apparatus bay and you had to slide down the fire pole to reach it,” he recalled.

There were three stations when Moss joined the department. Today there are eight plus a training center, complete with a training division and firefighter academy.

“When I was hired there was no training academy,” Moss said. “You went straight to shift.”

“Jerry Earwood was the officer in charge,” he said. “It was 14 or 15 degrees, and a cold, miserable, experience. I was fighting fire in the attic with Rick Tillis. I thought we were making good progress. Then Lt. Earwood made the call to evacuate.”

Moss said he was upset. He exited the building and went immediately to discuss it with Earwood. “He just pointed over my shoulder. I looked back and the whole roof was on fire. It was a total loss.”

When asked what he liked most about being a firefighter, Moss said, “The camaraderie with the guys on shift, the close bond that you form. That’s what means more to me than anything else.” He added, “The job is a whole lot bigger than ourselves.”

Moss was promoted to lieutenant in 2007. His final assignment has been overseeing Station 7 A-shift in Berry Farms. Prior to that, Moss said, “I spent 11 years at Station 6 with my friend and mentor, Capt. David Currie, along with a great group of guys.”

He added, “Best years of my career. If I’m half as good of an officer as Capt. Currie, I’d be happy.”

“I was blessed to have Jeff work with me throughout the years,” Currie said. “Although I congratulate Jeff and wish him a fun and happy retirement, selfishly I will sorely miss him as a co-worker and as a friend.”

Moss has been honored with the Personnel of the Year Award twice. In 2019 he was the Fire Suppression Officer of the Year. In 2006 he was the Engineer of the Year. Moss received a Unit Citation for Valorous Conduct for the extrication of a patient from a heavy equipment entrapment at a construction site on Aug. 6, 2009. Additionally, he has earned four Phoenix Awards over the course of his career for saving the life of a patient who was in cardiac arrest.

“I’ve enjoyed my time here,” Moss said. “The city of Franklin has always taken care of its employees. I’m appreciative for that. I’m also appreciative to the crews who have put up with me over the years. It’s been a great ride.”

“Lt. Moss has served the city of Franklin faithfully for 25 years,” said Fire Chief Glenn Johnson. “We are grateful for his dedication and hard work. He will be greatly missed but we wish him a wonderful and fulfilling retirement.”

Moss, who was honored with a surprise reverse parade at his Franklin home last week, plans to enjoy time off with his wife and two children before deciding what the next chapter of life will bring.