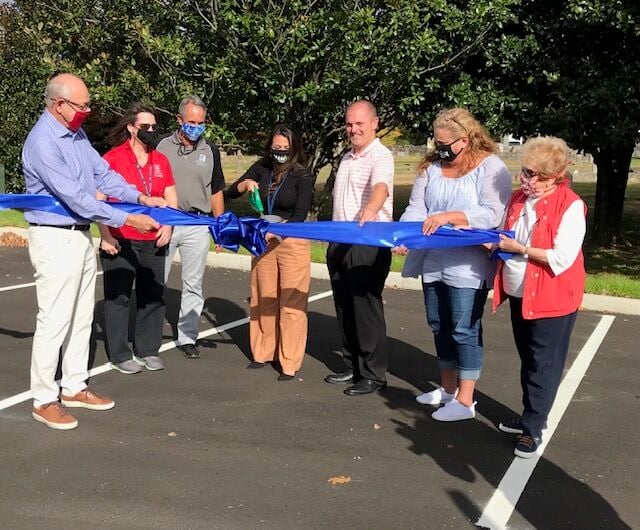 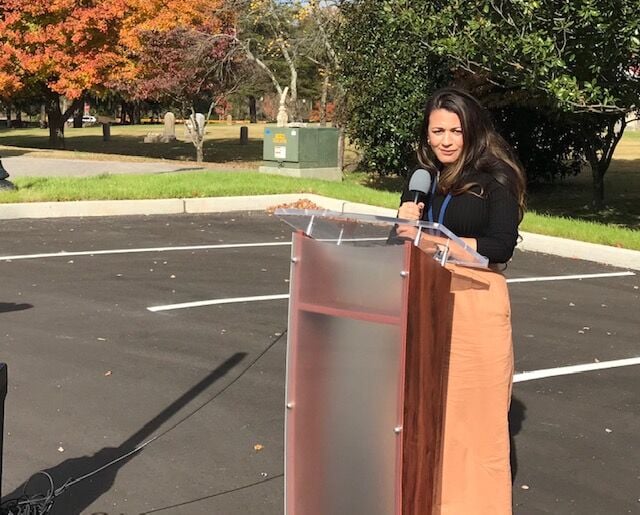 Shared Abdulrahman, staff engineer for the city of Franklin since 2019, managed the parking lot project on Fifth Avenue North.

They’re the bane of many a commuter or anyone trying to get across town, but construction barrels are to Paul Holzen as flowers are to bees.

“Nobody in Franklin gets more excited to see orange barrels go up than me, because we have the pleasure of managing all these capital projects,” said Holzen, director of Franklin’s Engineering department and city engineer. “We have over 30 capital projects going on and a lot happening in Franklin.”

Holzen made his assessment of the city’s activities and presented highlights of some of the key projects during Monday morning’s FrankTalks lecture hosted by Franklin Tomorrow, in which City Administrator Eric Stuckey gave something of a whirlwind update on the city’s status.

Using the theme City Hall on Wheels, Stuckey spoke with and got input from city department heads on not only capital investment projects but also financial status, police and fire, parks and recreation, and new initiatives in Franklin, among others.

Suffice to say, the coronavirus pandemic has had an impact on just about every facet of City Hall. But talk Monday morning was mostly optimistic.

“Regardless of the pandemic, we have had an exceptional year in a lot of other ways,” Stuckey said. “A lot of positives have come Franklin’s way.”

Stuckey pointed out that one of those positives was Franklin’s being named in August one of 10 All-America Cities by the National Civic League, the first time a city from Tennessee has held that honor in more than 20 years. Franklin was also ranked the country’s eighth-best place to live by Money magazine.

“Despite all the challenges, we have risen to the occasion as a community and as a city organization, and we’ll continue to do so,” Stuckey added.

The full FrankTalks from Monday morning can be viewed on the Franklin Tomorrow website.

One of those more than 30 capital projects Holzen had mentioned was the completion of the surface parking lot on Fifth Avenue adjacent to the French’s Shoes & Boots store.

It gives the city an additional 27 parking spaces, including two that are ADA accessible, at a cost of $224,346.

“This is another addition that improves the quality of life and accessibility for citizens to visit downtown,” Gerth said.