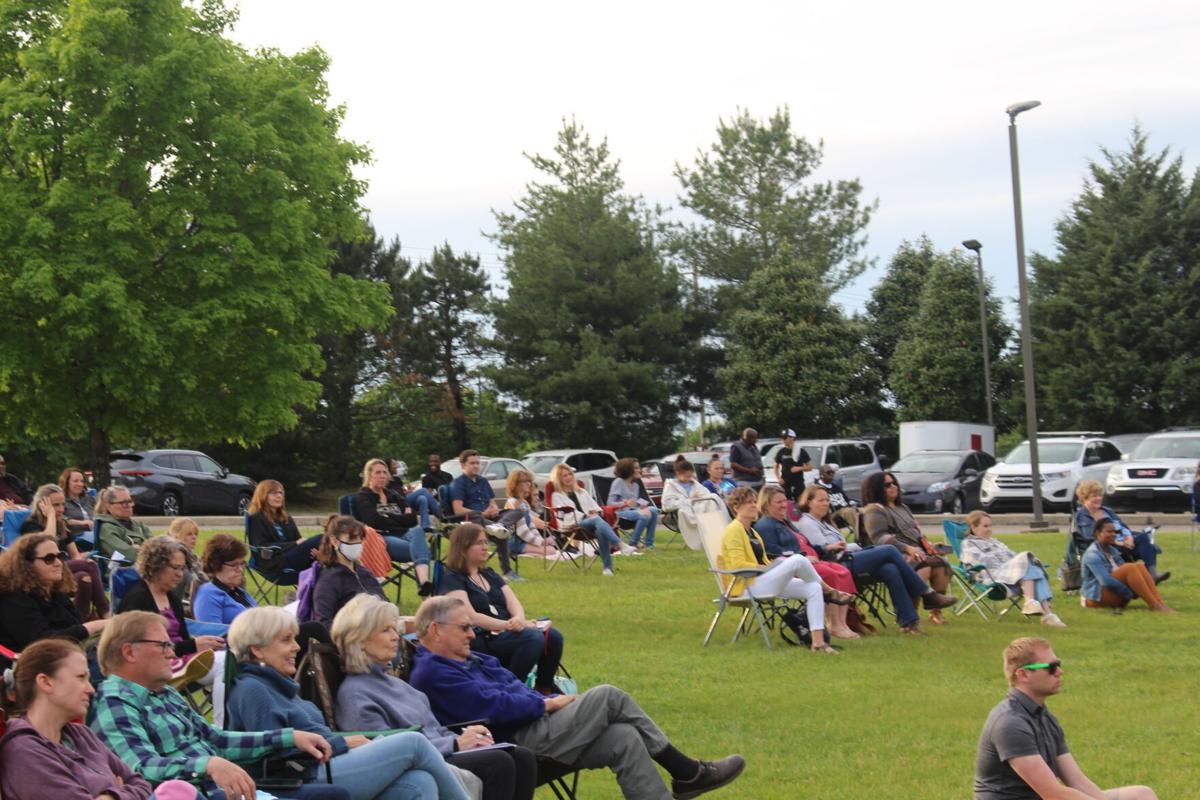 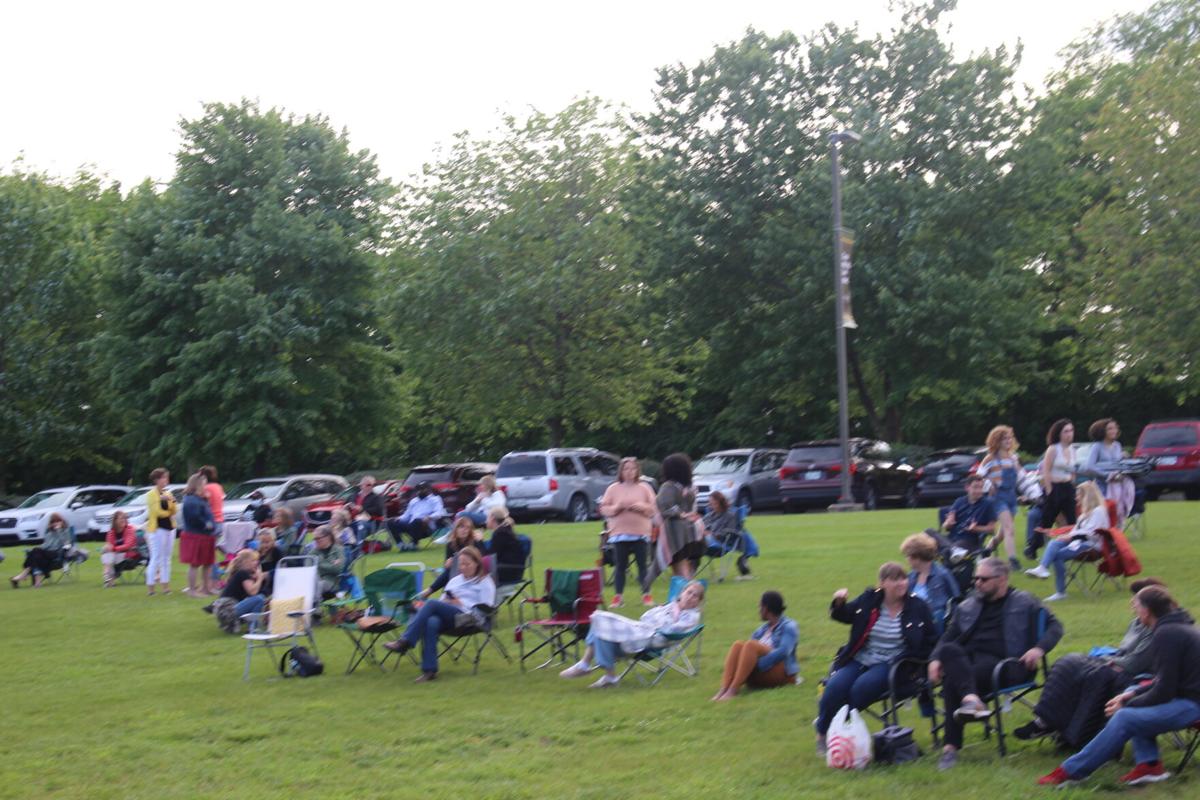 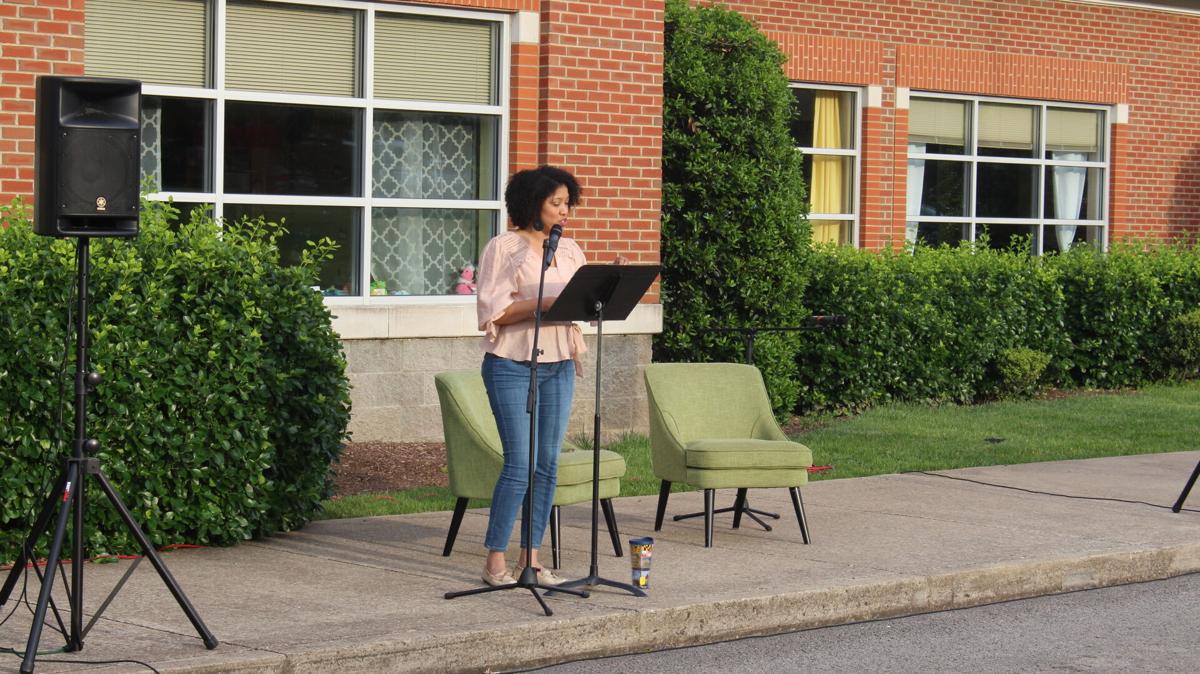 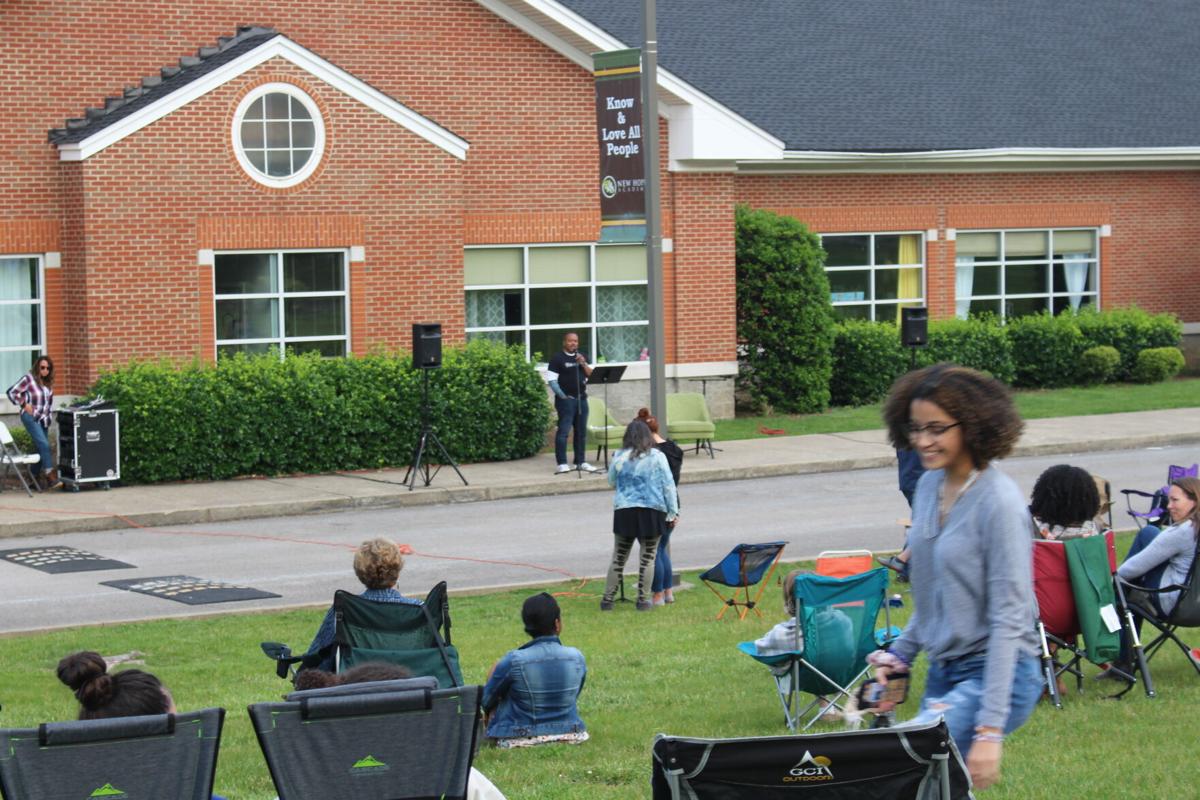 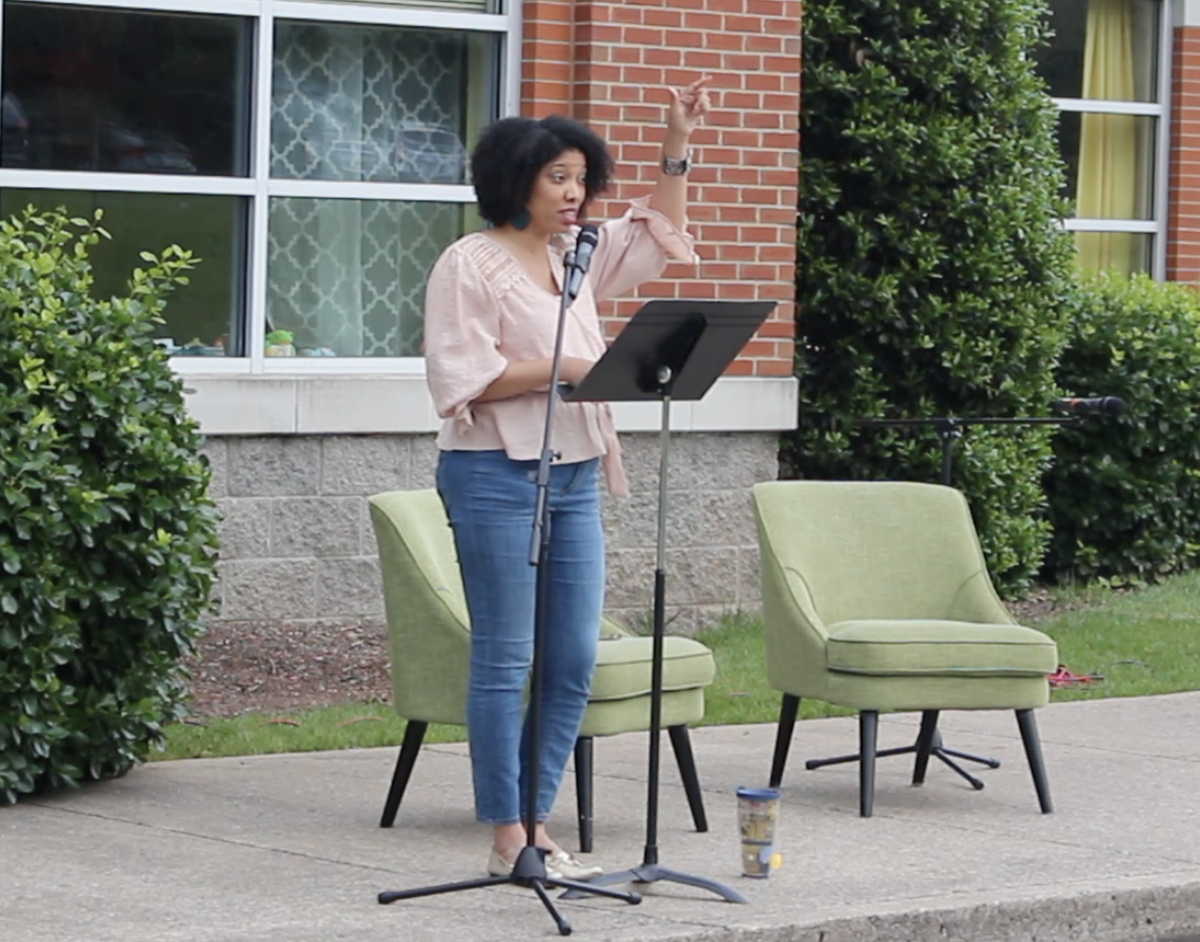 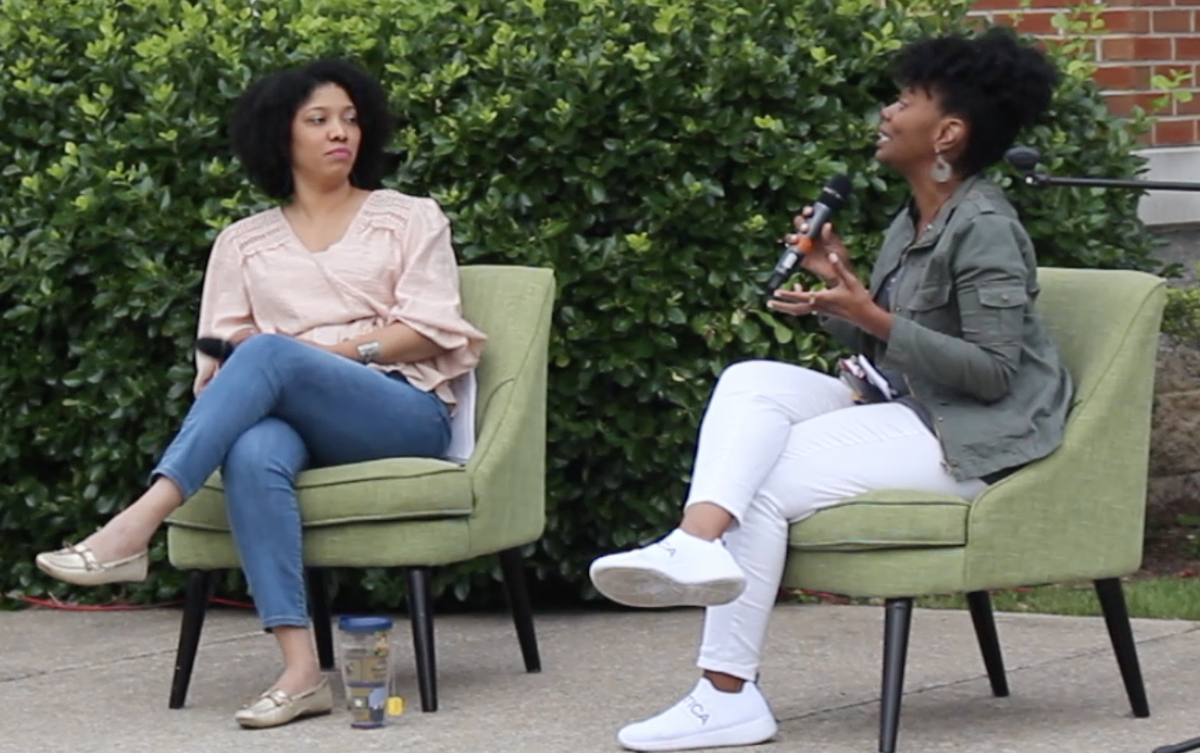 The discussion started with a lecture and then transitioned to a Q&A with some of the questions coming from the audience.

Guest speaker Dr. Edmondson spoke on what she called the “mythologies” of American history and culture that unconsciously yield perspectives that African Americans frequently castigate as racist. She explained what makes those perspectives problematic.

She likened them to more likable mythologies like Marvel Comics for their propensity to comfort enthusiasts by depicting solutions for reality’s shortcomings. She positioned the resultant comfort zones as unwittingly (or wittingly) supporting public opinions privileging the Tennessee General Assembly’s ban on teaching critical race theory in schools, honoring historical figures who owned slaves like Francis Scott Key and President Andrew Jackson or are widely believed to have fought for the institution of slavery. She also said it lead to ignoring police brutality.

“It’s a much cleaner, miraculous, Hollywood-ready story to say that there was this man named President Abraham Lincoln, and he never waffled to the left or to the right,” Edmondson said while talking about the the defeated, obscure Thomas Corwin Amendment bill. The bill, proposed in 1861, would have granted protections for private slave-owning enterprises — the predominate small businesses of antebellum America — against abolition and to which Lincoln expressed having “no objection to its being made express and irrevocable.”

“[Lincoln] had this epiphany like, ‘This is wrong! Let these people go!’ Kind of like the Moses of America," she said.

Downtown Franklin’s Public Square has brandished a confederate monument since 1899 that the Tennessee General Assembly safeguarded in 2013, forbidding cities by law from removing historical monuments under penalty of municipal fines and up to five years of ineligibility for grants from the state Historical Commission or Economic and Community Development Department.

In 2019, the City of Franklin partnered with a community group to erect around that monument five plaques depicting the African-American experience in Franklin prior to, amid and following the Civil War, the fifth soon to be installed — a project that incurred a lawsuit filed by the United Daughters of the Confederacy against the city.

Edmondson likened monuments like Chip, as the 1899 statue is called, to Jackson’s face on the $20 bill, cautioning Franklin and all Americans to beware whom they honor. She said that distinguishing the study of history from the bestowal of honor to historical figures would assert that what Chip and Jackson represent should not be honored, though they should be remembered.

She contrasted Jackson with Harriett Tubman. whose face was to grace new prints of the same bill via an Obama-era initiative before the Trump Administration postponed the Tubman bill reveal until 2026 with then U.S. Treasury Secretary Steven Mnuchin saying circulation likely would not start until 2028.

Some 50 people, almost evenly Black and White, turned out to sit in camping chairs on the front lawn of New Hope Academy. For the group’s first in-person event since quarantines began in 2020, attendants spread out on the lawn such that groups were socially distant from one another yet individuals within those groups sat close, some masked and some not.

Before Edmondson spoke, the group called for mass emails to Williamson County Board of Education members to counter the complaints of parents opposing critical race theory in curriculum. WCS contracted Fostering Healthy Solutions, a diversity-inclusion consulting firm, to develop a cultural enlightenment plan through a series of “Listen and Learn” sessions as well as community feedback. Sessions only allow the first 100 registered attendees to participate.

The Public is a racially diverse, grass-roots activist group focused on educating the community on the evolving conversation of race. Its Black and White co-founders, Anthony Hendricks and Brad Perry respectively, say the group is a response to both local and national matters of race.

It started “on Brad and [Stacey Perry’s] porch,” according to Hendricks, with the intent to address myriad topics.

“The problem is: We started with this discussion on race, and we haven’t been able to move on from it,” Hendricks said, describing the group’s inception in 2019.

The police murder of George Floyd, as well as the killings of Ahmaud Arbery and Brianna Taylor, provoked The Public’s first summit on the New Hope lawn with between 600 and 700 people.

A Tennessee State University alum, Edmondson teaches at Calvin University’s Institute for Christian Worship with a doctorate in counseling psychology and experience in mental health therapy. Her writings have been published in Essence and Gospel Today magazines.