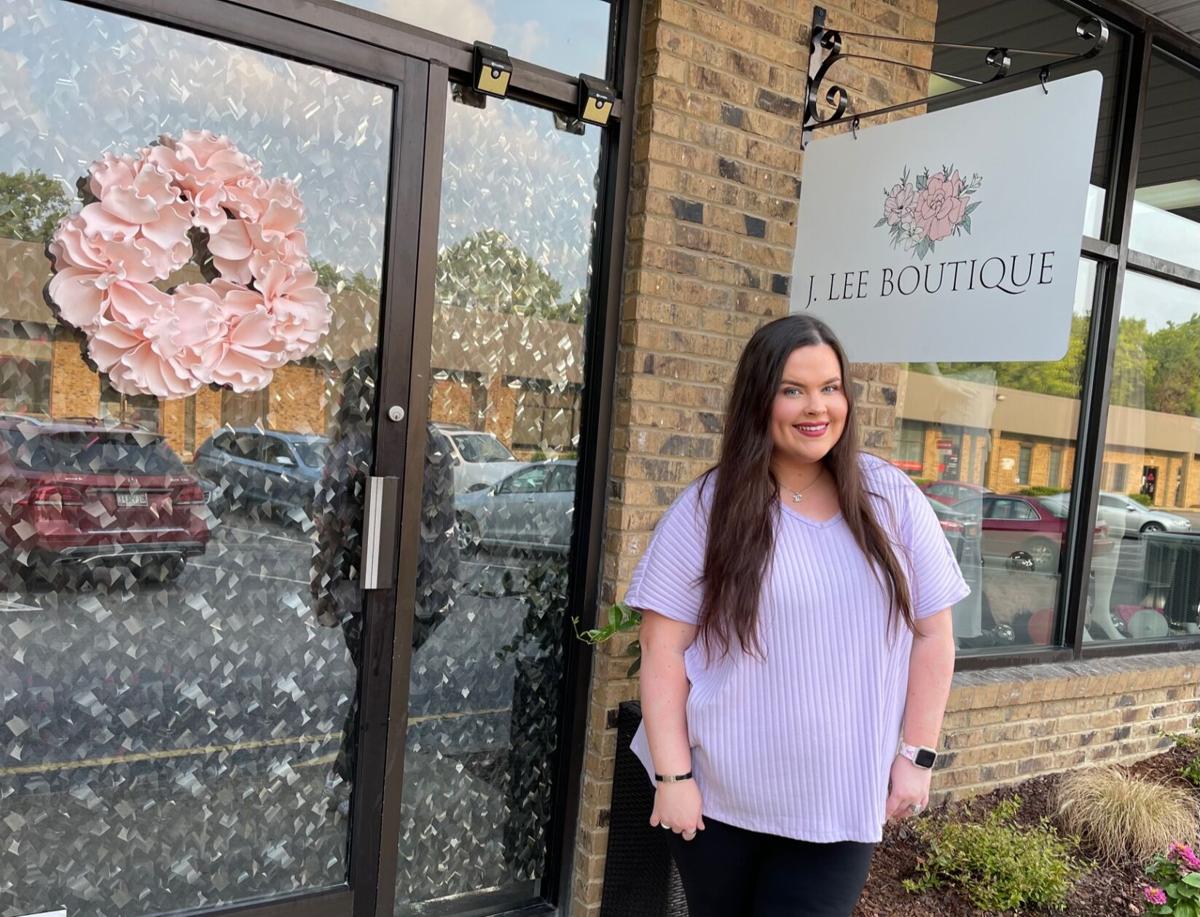 JoAnna Corbin stands outside her J. Lee's Boutique days after it was vandalized. 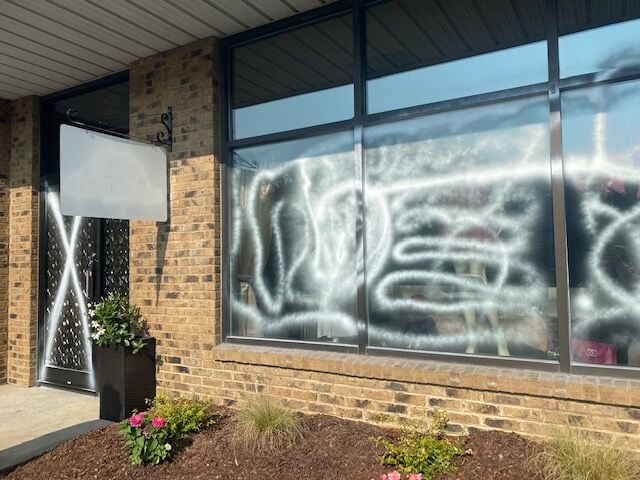 This is the work of a vandal from early in the morning of Saturday, July 24. 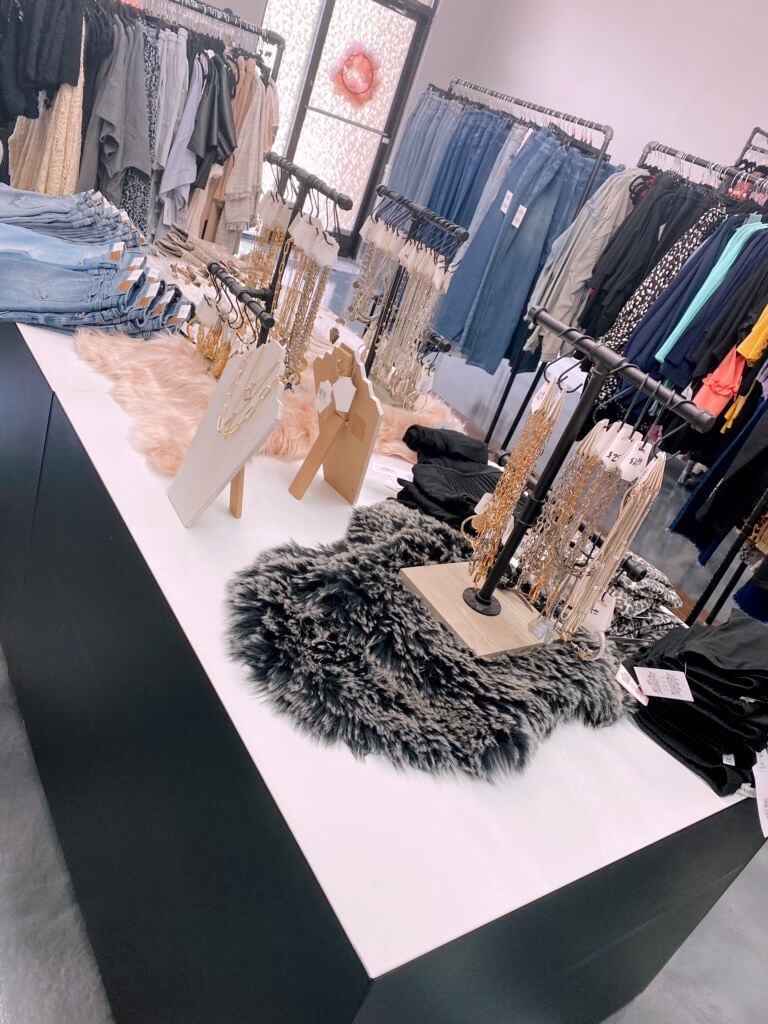 Day by day, JoAnna Corbin is getting back on her feet.

It’s been about a week since her women's apparel and accessories business, J. Lee’s Boutique, was vandalized just a few hours before she was to hold a grand opening for the new brick-and-mortar store in Franklin. The shock of what she saw painted on her storefront the morning of Saturday, July 24, nearly waylaid her into thinking an opening ceremony may not happen that day.

But then she felt an outpouring of community support from social media, friends, strangers and a few fellow business owners on Holiday Court. She was overcome with gratitude, and was able to hold the grand opening along with her business partner and mother, Barbara Bullington.

“I cried tears of sadness in the morning,” said Corbin, who launched her business in July 2020 with online sales and a year later opened her physical location. “I just couldn’t believe somebody could be so evil. I couldn’t wrap my mind around it, honestly. But by the end of the day I cried tears of happiness because I felt so much support from our community. That was awesome.

“I feel better about everything,” Corbin added, sitting inside her store Thursday afternoon. “I know the police will get to the bottom of it and justice will be served.”

The vandal struck at 1:30 a.m. last Saturday, and the grand opening for J. Lee’s Boutique was scheduled for 2 that afternoon. Corbin’s business neighbors at USHEALTH Advisors happened to arrive early to their building and saw the vandalism on the front window and door and on Bullington’s car that had been parked there overnight.

Someone from the neighboring business called Corbin, and she was able to get to her store by around 8:30. That gave her time to start contacting friends and others for help cleaning up.

“We had everything in place to arrive a couple hours before the grand opening,” Corbin explained. “We had been working so hard all week, and that would allow us to sleep in a little bit. Because of [the owners of USHEALTH Advisors] being here so early, we were able to get to the store in time to reach out to the community for help.”

Corbin has been working with a detective from the Franklin Police department, and she’s confident an arrest will soon be made. In fact, she said she knows who did it.

“I don’t know why anybody else would do it unless it was out of spite and to try to prevent me from having a successful grand opening day,” Corbin said. “I don’t know how somebody could have so much hate in their heart to do something like this.

Although he had evil intentions, he didn’t succeed, and the day was great.”

Days later, Corbin is still hearing words of encouragement as well as offers to help. One such offer came from a window cleaner named Joseph Baker, who had come by the boutique Wednesday with all his gear. The windows had been cleaned somewhat before the grand opening, but they still needed final touches to make them shine.

“We wanted to pay him and we asked him how much we owed,” Corbin said. “He said he wanted to bless us, and that if we paid him, it would ruin his blessing.

“That was so heartwarming. That in itself kind of describes the support I’ve received from the community. Throughout this darkest morning of my life, to say the least, the community has really come through.”