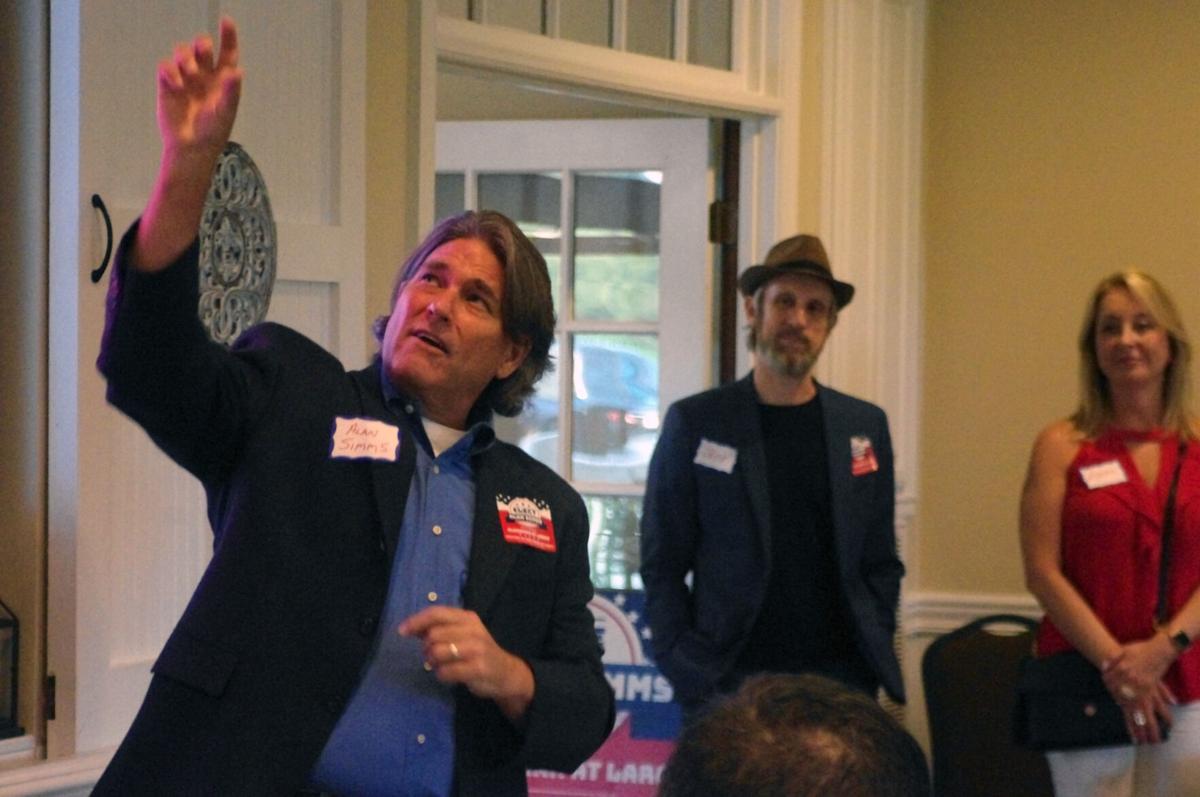 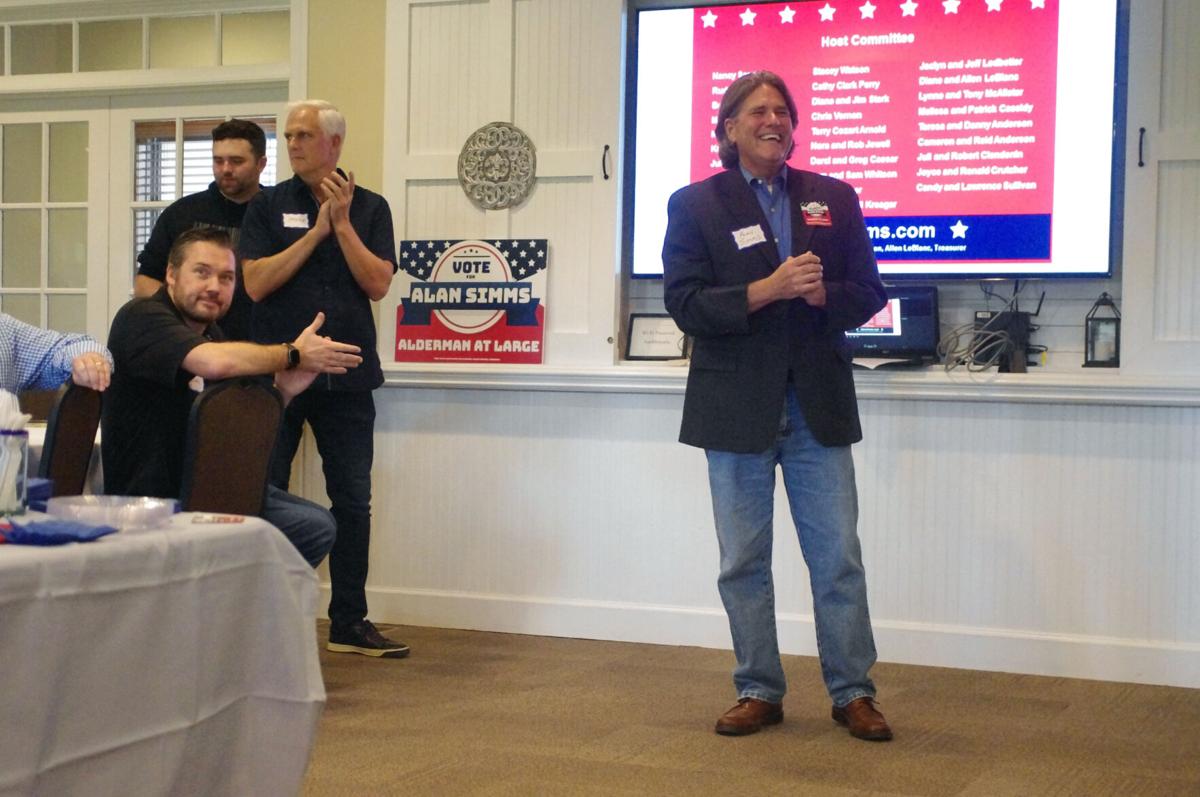 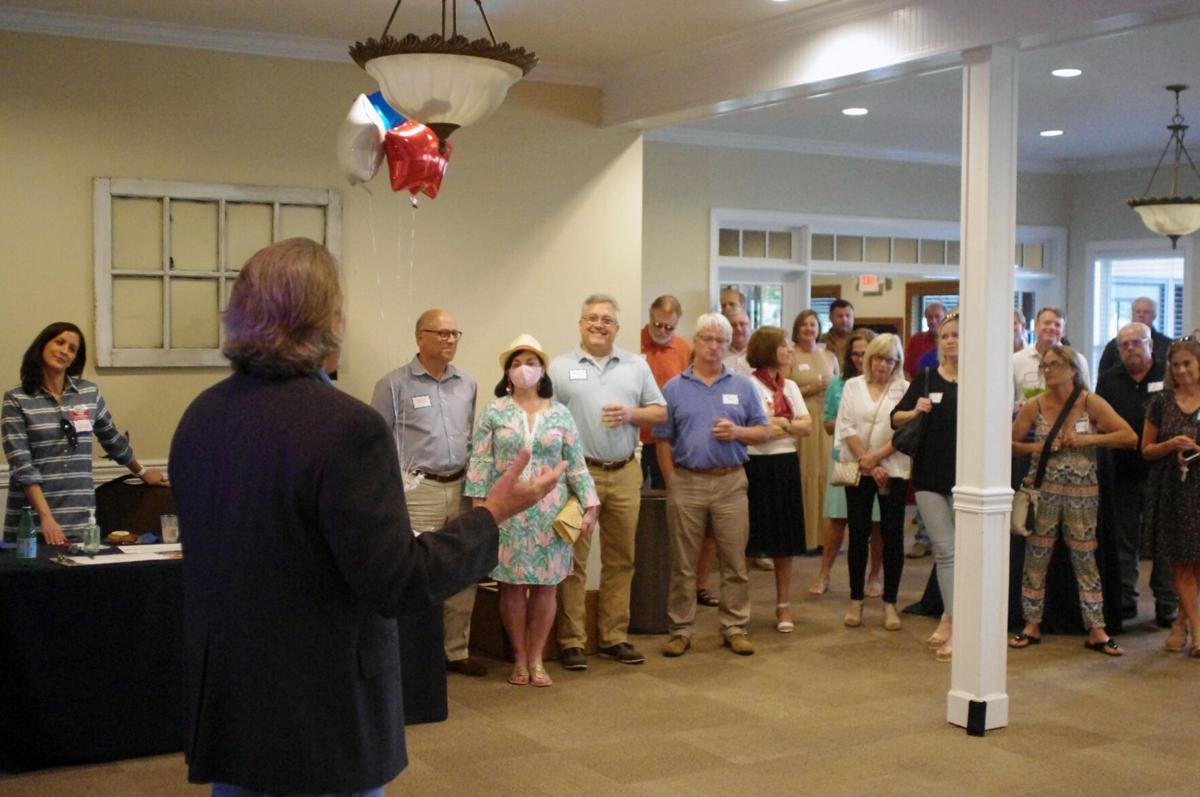 Franklin alderman candidate Alan Simms speaks to a crowd of more than 65 people at his campaign kickoff on Aug. 25.

At the Eastern Flank Battlefield Park, Franklin alderman candidate Alan Simms vowed to bring his over a decade’s worth of experience as a project manager to City Hall in the candidate’s campaign kickoff event.

Attended by more than 65 people, including Tennessee Rep. Sam Whitson and Nancy Sargent, the event saw friends, family and supporters gather at the event venue located in the former site of the Battle of Franklin, all eager to hear Simms’ pitch to voters.

After an hour of drinks and hors d'oeuvres, quiet swept across the room as Simms began to speak.

“My father lived during the Depression, and he taught us never to waste anything, and as a boy, he would teach me to grow up and look for discarded stuff that was still good, so I spent a lot of time picking up screws, washers and bolts off the ground and bring them home to my dad,” Simms said.

“I'm telling you this because my dad had a knack for saving money and for seeing the value in something for the future. I think being around that with my father and the attitude he had toward piecing together solutions is what led me to my career as a project manager. I see a lot of parallels between being a project manager and being an alderman.”

“A project manager's goal is to fulfill the user's need at the lowest cost as quickly as possible. There's a lot of similarities between that and [an] alderman, so I think I can bring my skills as a project manager to the alderman position,” Simms said.

“There's three skills that I think are important; the first is communication and leadership. When you're a project manager, all the communication around the project is coordinated around you. You're the center, you're the hub of the wheel, and you're the team captain.”

The second skill cited by Simms was interpersonal skills, or described by Simms as the “ability to negotiate and resolve conflict.”

Simms also serves on the executive committee for the Franklin Locals Program, is an acting Franklin Civil War Historical Commissioner, a Downtown Neighborhood Association board member, and a member of the Downtown Franklin Rotary Club.

The voter registration deadline for the upcoming Franklin election will be on Monday, Sept. 27, with the early voting period kicking off on Oct. 6. Election Day will land on Oct. 26.