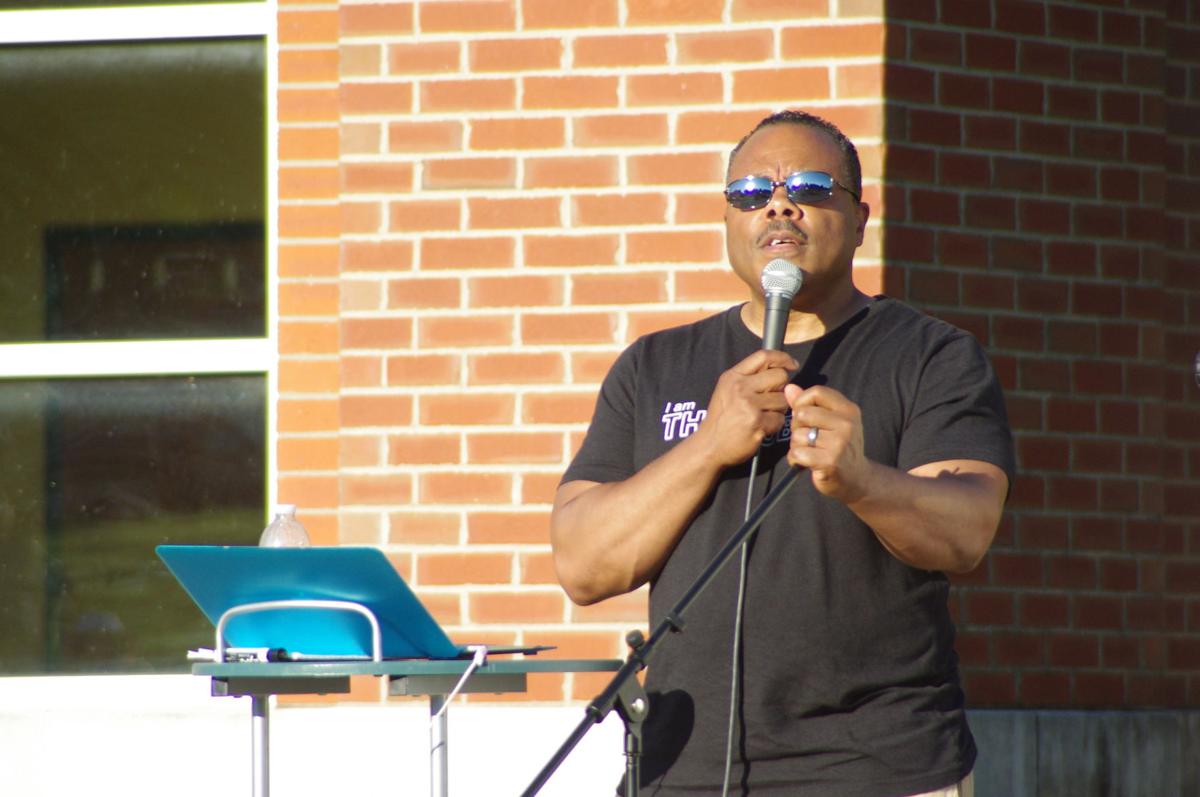 Co-founder of The Public, Anthony Hendricks, speaks at the New Hope Academy in Franklin. 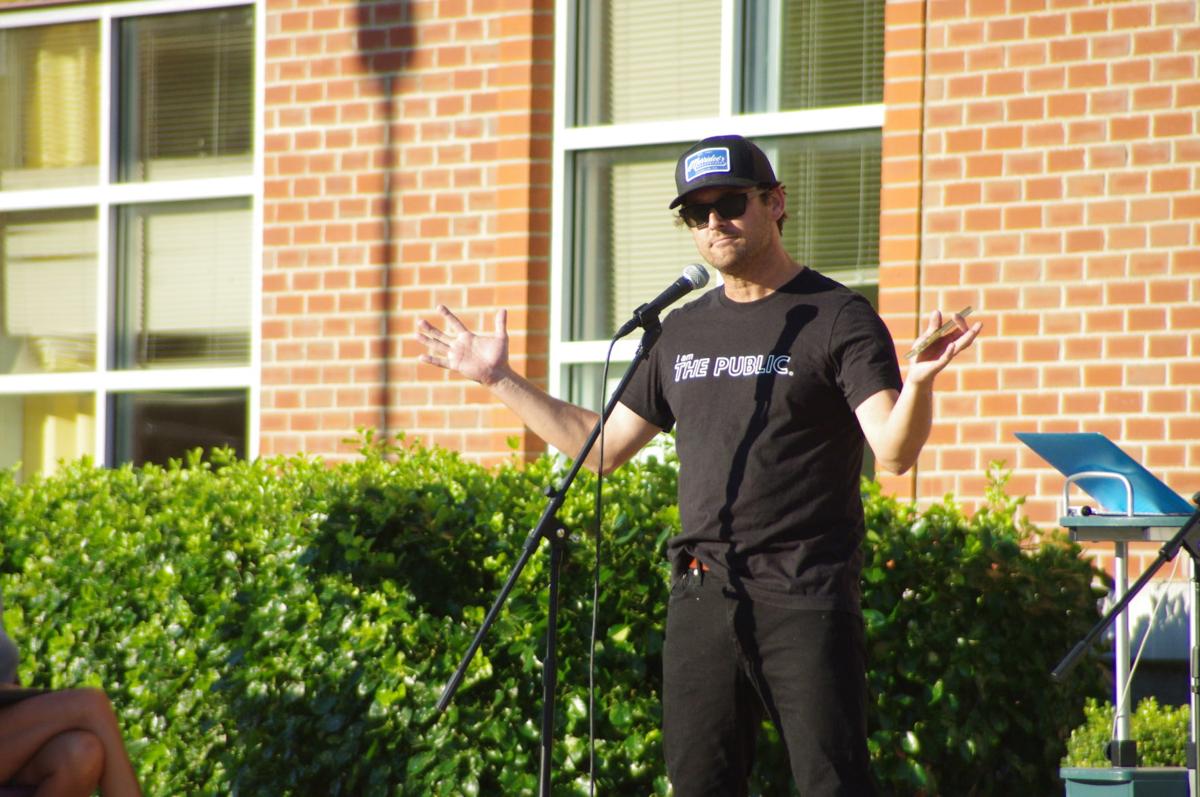 Co-founder of The Public, Brad Perry, speaks at the New Hope Academy in Franklin. 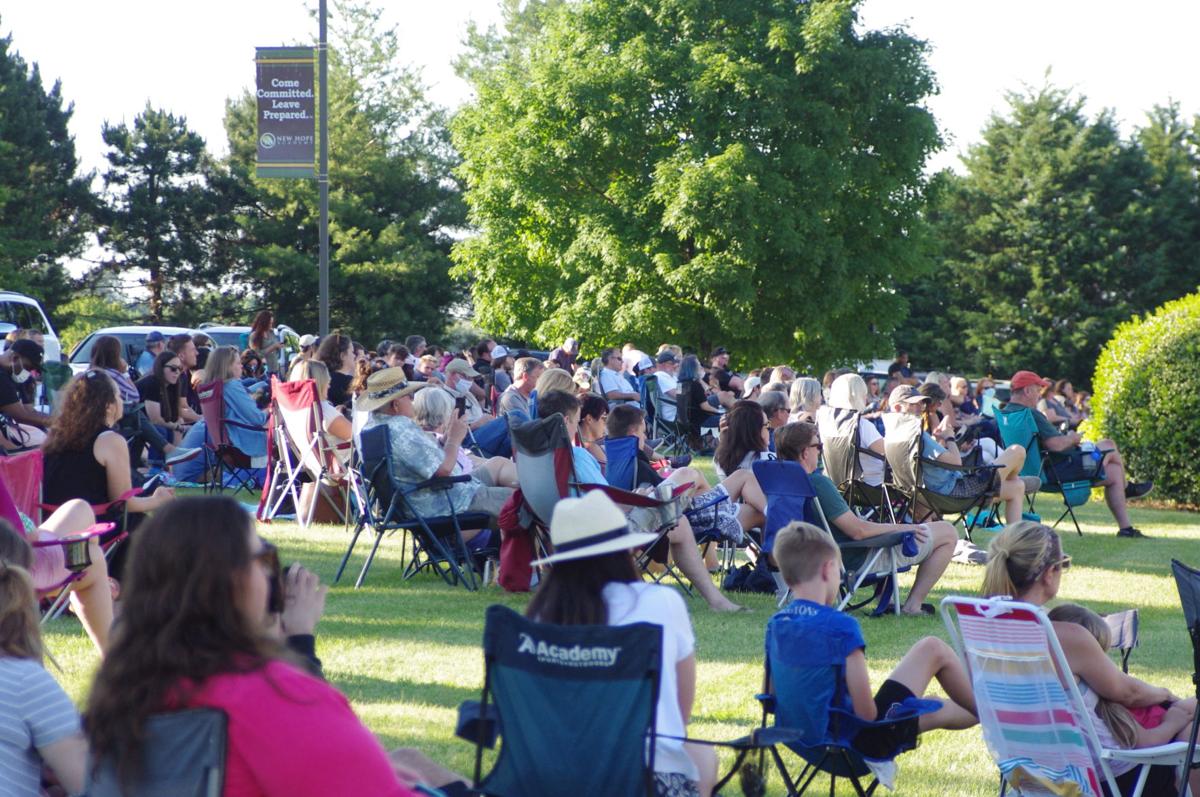 Hundreds gathered at the New Hope Academy in Franklin Monday to discuss the anger, frustration and confusion experienced by many in wake of the killing of George Floyd.

On the lawn of New Hope Academy Monday evening in Franklin, hundreds of people could be seen sitting in silence for nine minutes straight.

Heads bowed, those gathered at the Christian-based private school were there to join a discussion about police violence against the black community, a discussion sparked by the recent killings of Ahmaud Arbery, Breonna Taylor and George Floyd by white police officers.

As millions across the country have already seen, Floyd was killed on May 25 by Minneapolis police officer Derek Chauvin, an incident that sparked protests across all 50 states and hundreds of cities, including Nashville.

The nine minutes of quiet reflection was no random number. Floyd was killed by Chauvin after having his neck pinned to the ground for roughly nine minutes straight by the officer’s knee.

The Public, an organization that aims to “make Franklin a more whole, just and loving community” by promoting anti-racism education and advocacy, was the organizer of the public discussion. One of its founders, Anthony Hendricks, welcomed the hundreds of guests to the lawn of New Hope Academy, and said that while Floyd’s killing was indeed a tragedy, it was all too commonplace for communities of color.

“The main reason that we're here is last week, we all witnessed a tragedy in Minnesota,” Hendricks said.

“We watched this police officer asphyxiate this brother for almost nine minutes - this is nothing new to the African American community. The only difference I think about this is that we now have cell phones with video cameras, and so things that have been going on since the 1700s that we've known about that's been passed down by grandparents and great-grandparents... this is no different.”

Before welcoming guests to honor Floyd’s memory for nine minutes, Hendricks made the distinction that it should not be “a moment of silence,” but rather, a moment to lament.

“It is crucial to comprehend [that] a lament is as far from complaining or grumbling as a search is from aimless wandering,” Hendricks said.

“A grumbler has already reached a conclusion; [they have] shut down all desire and postures with questions that are barely concealed accusations. A lament on the other hand involves even deeper emotion, because a lament is truly asking, seeking and knocking to comprehend the heart of God.

“A lament involves the energy to search, not to shut down the quest for truth. It is passion to ask, rather than to rant and rave with already reached conclusions. A lament uses the language of pain, anger and confusion, and moves toward God.”

As far as what in particular he would like to lament on, Hendricks pointed to America’s earliest days, and some of the darker principles that were once accepted by many to be the norm.

“What are we lamenting? We're lamenting not only what has happened here recently, but we're lamenting the fact that this country was birthed with a spirit of supremacy - white supremacy - at its core, and that spirit has not been dealt with," he said.

That darker chapter of America’s history shares a personal connection with The Public’s other founder, Brad Perry. A Franklin native, Perry called for those in attendance to transform the goodwill to push true equality into action, particularly in the form of self-reflection.

“We need to move each other to action, and for many of us, the first action might be repentance,” Perry said.

“I want you to know, I've repented many times on this issue; my family at one time was the largest slave-holding family in Williamson County. In 1839, they owned 241 black slaves in this community. That's my family, and I've repented at that, I've repented at how I might benefit from that.”

Among the many speakers that night was none other than Howard Wesley Garrett, who had entered the public sphere in 2019 after running for alderman in Franklin.

“This week, this year has been very emotionally draining, and honestly, this weekend... I was starting to lose hope,” Garrett said. “But this conversation today, this crowd today has given me hope that there are actually people here in our community - white people more specifically - who want to have this conversation.

“As for me, it hurts to know that I live in a community where I feel as if the people who we elect to be in office don't even have our back. The person who leads our country doesn't even care about my life. The police officers that are supposed to serve and protect our communities are here to kill us and use us as target practice. It hurts, and the pain is real."

Garrett continued, calling for accountability in the community.

“We belong in this country; our voices, our lives, our votes [and] our power is just as powerful as anyone else that's sitting on this lawn grass, and it is our responsibility as a community to hold each other accountable.”