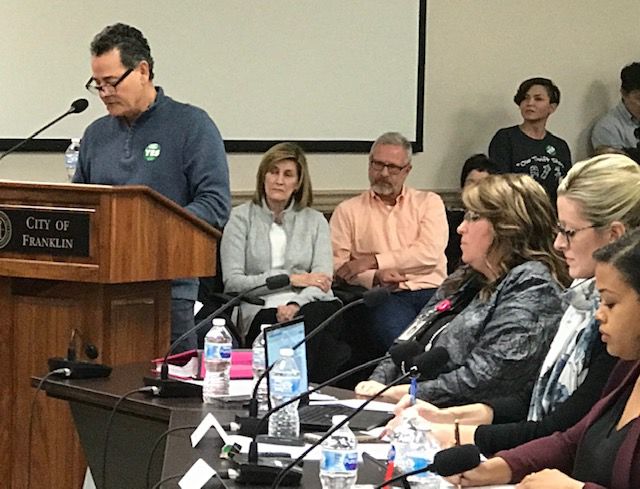 Dave Krikac makes his case on behalf of Our Thrift Store. 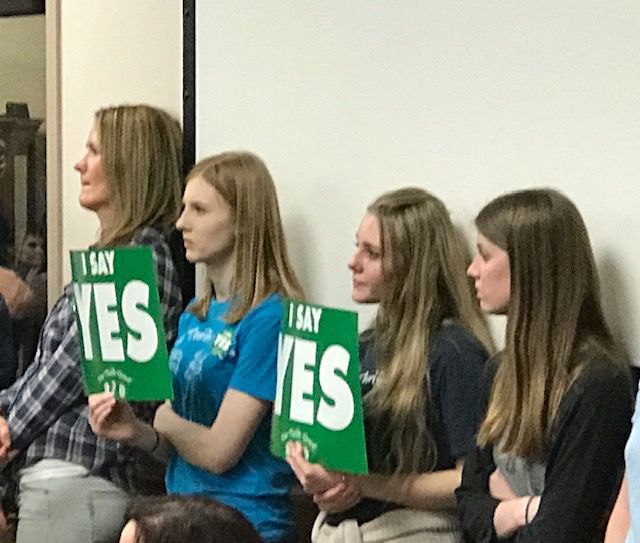 Dave Krikac makes his case on behalf of Our Thrift Store.

Members of the city of Franklin’s Board of Zoning Appeals voted 5-0 Thursday night to uphold the current zoning ordinance of property on Granbury Street and, as a result, denied an appeal by the owner of Our Thrift Store to relocate his nonprofit facility there.

Dave Krikac founded Our Thrift Store 15 years ago as an operation for training and educating young adults with disabilities while also acting as a retail outlet that sells donated clothing and other items.

He presented to the city of Franklin a request to appeal a decision by Franklin zoning administrator Shannon McCoy to make no exception to the civic institutional zone for the property owned by Williamson County.

The lot is located at 215 Granbury St. near other county-owned property, including the Williamson County Public Library and Academy Park. Krikac, whose current operation on Columbia Pike will soon have its lease terminated, had worked out an arrangement with county Mayor Rogers Anderson to lease the vacant lot for $1 a year and to build a new facility there.

The catch, however, was Krikac and his supporters had to convince the board that Our Thrift Store is primarily a training and education center and not a retail establishment, which is not allowed in civic institutional zoning. T

There were plenty of voices on both sides of the issue, as Franklin City Hall’s board room was completely packed and the overflow area outside the room was just as crowded with attendees watching the proceedings on monitors.

“I think the board of zoning appeals sent a strong message to uphold the zoning,” said Jim Fordice, who lives adjacent to the lot and was one of several against the appeal. “This was about zoning. It’s interesting because in a situation like this, it’s very important to stick to the agenda, and the agenda was, was the city right when they made the decision [to forbid retail], and the answer was yes, they were right.”

Krikac said he was surprised by the vote by board members Gillian Fischbach, Jonathan Langley, Frank Jones, Jeff Fleishour and Joel Tomlin.

“I firmly believe that we are civic institutional because of what we do,” he said, “and literally the way we spend all day, it’s a training facility. It’s a 100% training facility, and that’s the challenge. I just didn’t see it.

“But we’ll find something. I think God has got a plan. I’m not worried about it.”