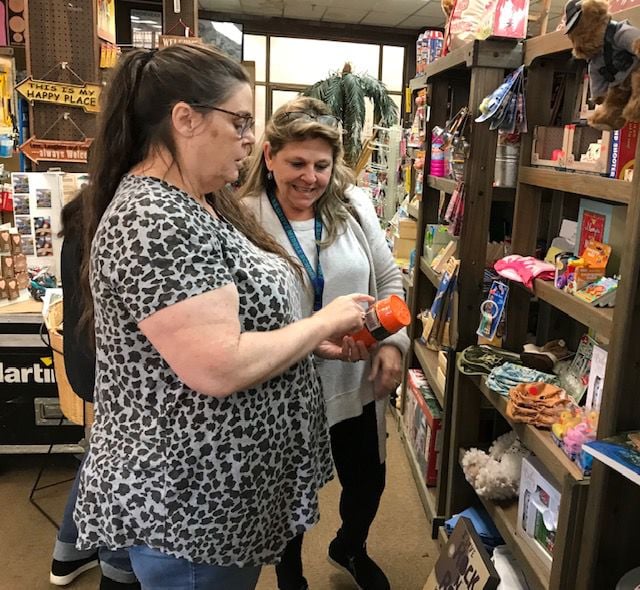 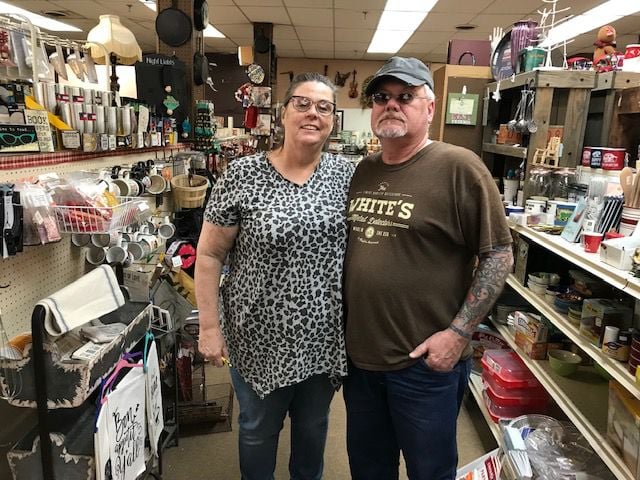 Donna and Andy Willoughby have decided to close Handy Hardware, probably by the end of the year.

Donna and Andy Willoughby have decided to close Handy Hardware, probably by the end of the year.

The door swung open at Handy Hardware Tuesday afternoon, and a loyal customer exclaimed, “Tell me it isn’t so!”

Once the news surfaced on the Franklin store’s Facebook page Monday, owners Andy and Donna Willoughby were telling customers, friends and fellow business owners that yes, indeed, it was so — Handy Hardware, which has operated at its location on Columbia Avenue in downtown Franklin for the past 48 years, would be closing, probably by the end of the year.

“I’ve been doing this for 30 years, and I’m just looking for a new opportunity, a new page in my life, me and Donna both,” said Andy Willoughby, who in 1989 began working for the store his dad and others in the business community opened in 1971. “It’s been a cool ride, and we’ve met a lot of neat people. We have loyal customers I hate to lose, and we certainly will miss the community support and everything else… But we’ve got to do what we think is right.”

Donna Willoughby began working at Handy Hardware about eight years ago, not long after the couple married. It was about that time when the store started selling merchandise such as gift items, vintage toys and candy, and greeting cards. It operated as something between an old-fashioned general store and a tourist gift shop. Half of its sales, in fact, were from tourists.

“It took us quite a while to come to the decision, and now that we made it, we’re looking forward to it,” Donna said. “But it’s been a tough decision because it’s like watching a member of the family pass. We made up our minds to look forward and not behind.

"But we’ve made a lot of friends, and we have great relationships with customers, some that come only once a year and some that come once a week. All in all it’s been some great experiences.”

Handy Hardware opened when Willoughby’s father, the late Dr. Joseph Willoughby, joined with Franklin businessmen Calvin Lahew, Jimmy Jewell, John Jewell and Ronald Ligon to pool their resources to buy the building that was built in 1930 as a millworks operation. They thought downtown Franklin needed a hardware store at the time.

As time went by and after working a few different jobs, Andy decided to help run the store. He eventually took over operations, and later added White’s metal detectors to his inventory. They became something of a signature item for his store.

“I’ve always had a metal detector in my hand,” said Willoughby, who has stored countless Civil War relics inside the store. “What I did was, I turned a hobby into a business.”

His store ranked No. 1 in Tennessee in White’s metal detector sales and was near the top throughout the South. But sales have recently slowed, due primarily to competition from the internet, and overall sales at the store have dropped as well.

“This current year is worst,” Willoughby said. “It’s been devastating. I knew time was running out. It’s one of those things we made a decision on, and we’re going to run with it.”

Loyal customers and first-time customers have been calling or visiting the store, both grieving the loss of another locally owned Franklin business and sending congratulations on the Willoughbys’ next phase of life.

“I come here because I want to be able to find a gift that’s different than what anyone else has, and they have it here,” said Josephine Getz, a loyal customer and friend of the couple. “It’s disheartening. I’m happy they’re retiring, but when you drive by and it’s closed, it’s just going to be very sad. No one has the décor and the variety and the little gifts that are special.”

Donna said she may one day write a book on the experiences at Handy Hardware, which include a three-year run where the store hosted the Saturday morning radio show Viva! NashVegas. For now, though, she’s taking the change in stride.

“It’s fun to look forward,” she said, “and it’s good to look back on the memories, too.”