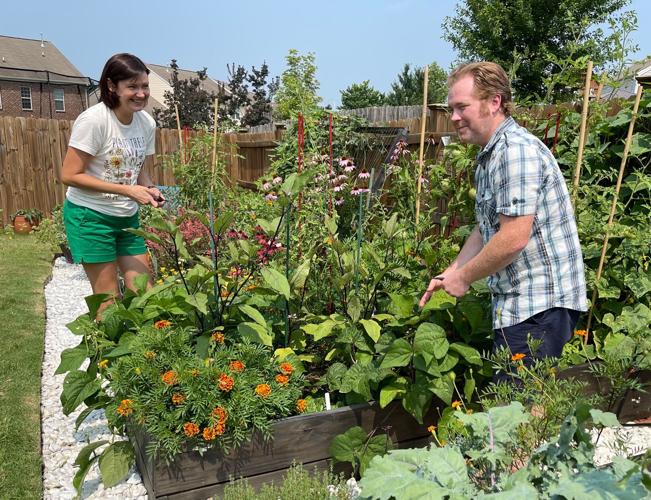 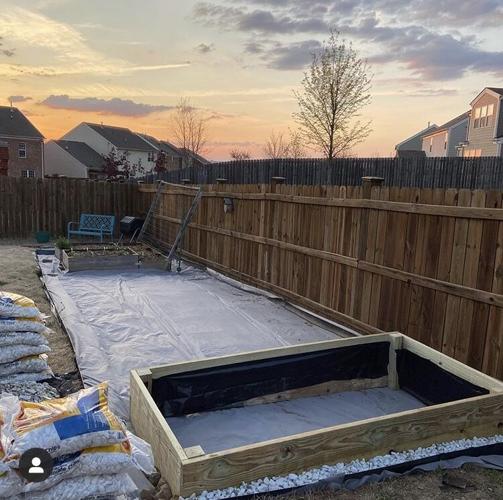 The beginning of the transformation 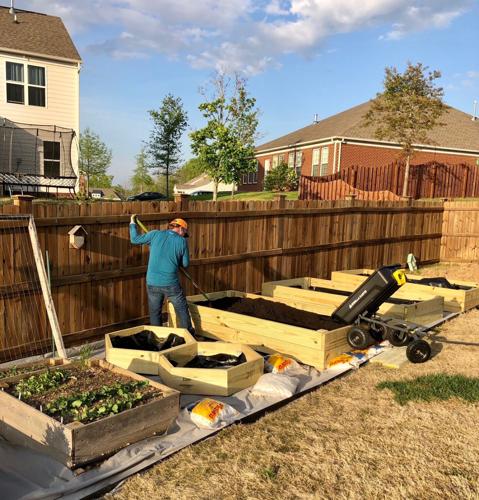 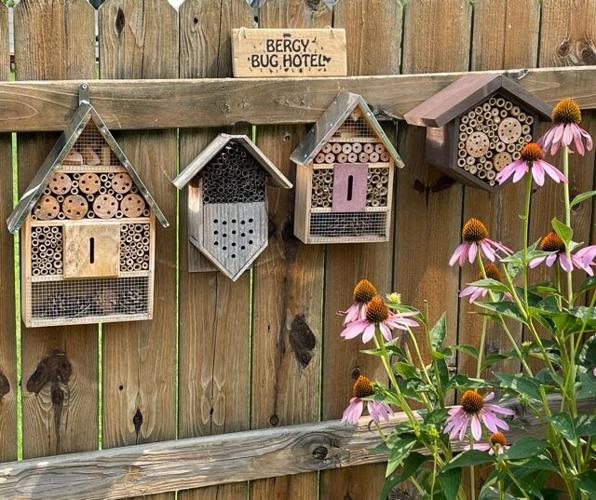 The beginning of the transformation

It started with a few tomato and cucumber plants.

Matt and Kristy Bergstrom were looking for something to add to their Franklin backyard beyond what was mostly just a bed of rocks covered with Bermuda grass. After having lived in their house for a number of years since the time it was built in 2012, the Bergstroms knew they were ready for a transformation.

“I don’t know that we had a specific plan of what we wanted to do,” Matt said. “We just wanted more space to experiment with stuff, to try different types of tomatoes, to rotate crops, to use grow bags for potatoes, to build raised beds — things like that.”

So they began to combine physical labor with a bright-eyed intuitiveness and commenced to spread beauty and produce alongside their fence and out into their sun-drenched backyard. They hired a teenager from the neighborhood to break up the ground, ordered in 5 cubic yards of soil, and started building raised beds and used other means for growing vegetables, fruits, herbs and flowers.

“We loved getting fresh tomatoes and cucumbers, and thought we wanted more of this,” Kristy said. “It’s been fun to have the space to be able to experiment and grow a lot more things.”

As they were doing trial-and-error gardening early on, the Bergstroms began to realize they could use more science in their approach, to bring a bit more method to their mulching. So they enrolled in the Williamson County Master Gardener Association program in the spring of 2019, and that gave them a whole new perspective on growing things.

“We had started to garden, and thought we could learn more and it was something we could do together,” Matt explained. “[For instance], we didn’t really think specifically about attracting pollinators by growing specific flowers and things like that. So going through the Master Gardener program gave us the opportunity to learn so much about the ecosystems of gardening and landscaping.”

That’s the point of the Master Gardener Association, according to Taylor Reeder, horticulture agent with the Williamson County Extension office who oversees the program.

“We’ve designed the program for any skill level,” she said, “so whether you’ve been gardening your whole life or you just decided you wanted to start gardening, the program is designed to accommodate everyone. When some people hear ‘master gardener,’ they think they have to know a lot, and that’s not what we do.

“We start at a basic level. The first class they take is plant biology and soil. We want everyone to have a general understanding of how plants work and how soil works. … We do it in a way that’s accessible and not too onerous. We try to make it fun and do hands-on as much as possible.”

The Bergstroms are still learning, but they’ve gathered enough knowledge and experience that they are now hearing from friends and neighbors seeking advice.

“I would say take your time with it,” Kristy said. “For us, starting small was a success, and we enjoyed it to the point that the next season we built it up. And if you fall in love with it, then definitely take the Master Gardener program.”