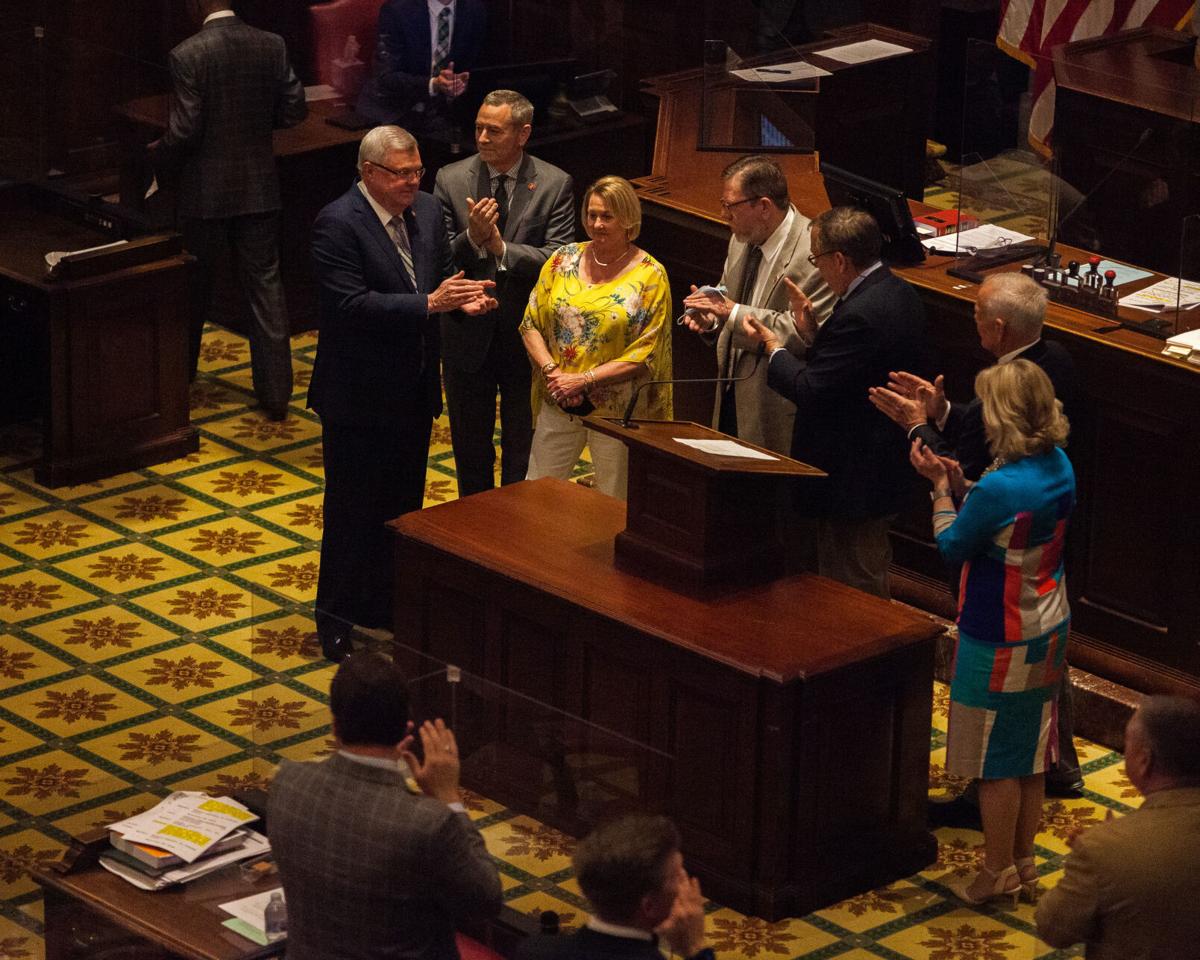 Nancy Sargent, the wife of the late State Rep. Charles Sargent, is recognized by members of the Tennessee House of Representatives on April 26, 2021, during a dedication of Sargent's desk on the house floor. 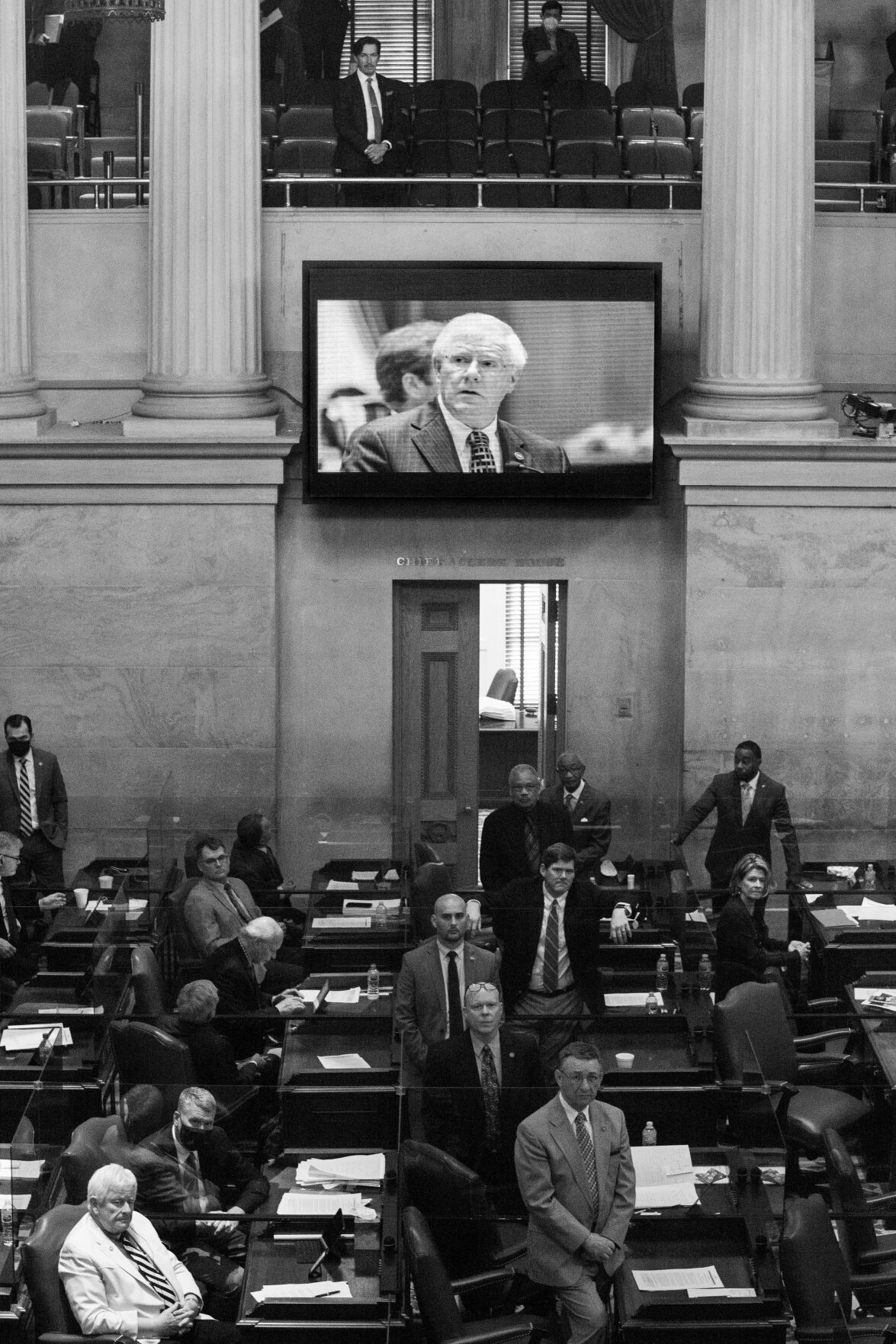 Members of the Tennessee House of Representatives watch a video honoring the late State Rep. Charles Sargent on April 26, 2021 during a dedication of Sargent's desk on the house floor.

The Tennessee General Assembly recognized former District 61 State Rep. Charles Sargent, who died in 2018 after a life of service to Williamson County, the State of Tennessee and the United States, with a dedication of Sargent's desk on the house floor.

Sargent was born in New York City in 1945 and raised there. He later moved to Franklin, Tenn., where he worked a successful businessman after serving honorably in the United States Navy.

Sargent served as a Williamson County Commissioner prior to becoming a state representative in 1996, a role that he served in until his death in 2018 at the age of 73.

The recognition of Sargent's work and legacy included a video of testimonials and stories told by Sargent's friends and collogues in the General Assembly followed by the reading of a plaque by District 27 State Rep. Patsy Hazlewood. The plaque is attached to the desk Sargent used and is now used by Hazlewood.

"As able Chairman of Finance, Ways and Means Committee, Representative Sargent's many contributions to Tennessee and his fellow Tennesseans shall be everlasting," Hazlewood said, reciting a portion of the plaque that was attached to the desk.

In attendance was Sargent's wife, Nancy Sargent, who was also recognized by the general assembly.

"For them to dedicate this to Charles, my family, for my kids and grandkids, this means the world to us," Nancy Sargent said. "He was a wonderful person and he loved his constituents in the 61st District and always protected them in the state of Tennessee."

The full session including the presentation honoring Sargent can be viewed below.