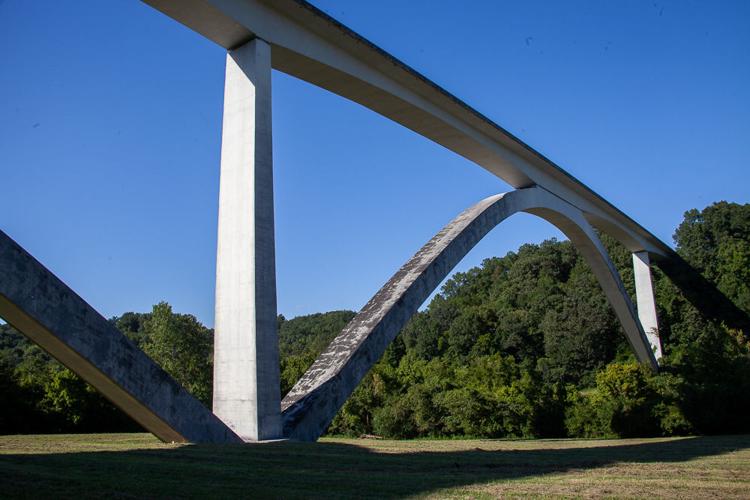 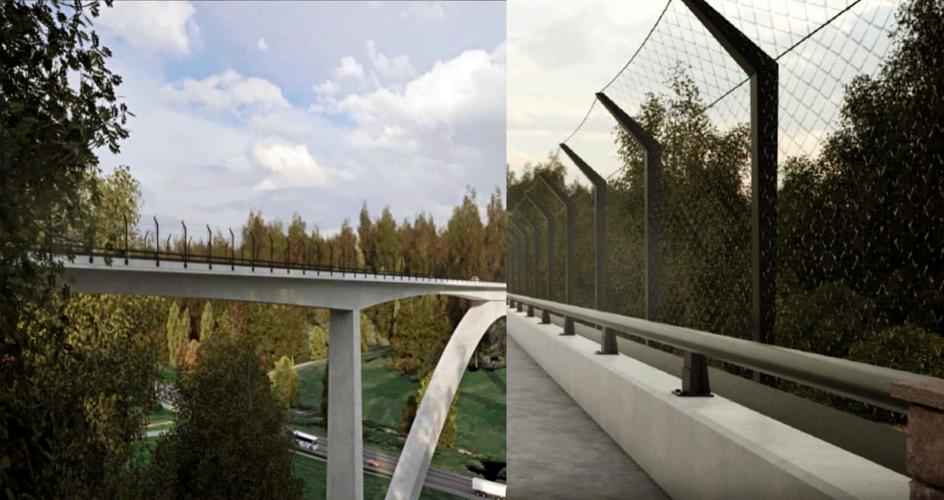 Designs selected by the National Park Service for barriers at the Natchez Trace Bridge.

If you or a loved one is thinking about suicide, please call the National Suicide Prevention Lifeline (NSPL) at 1-800-273-8255. The NSPL provides 24-hour, free support to those in distress, as well as prevention and crisis resources for you or loved ones.

The National Park Service has begun construction of a "temporary safety barrier" on the Natchez Trace Bridge.

It has become synonymous with both scenic views as well as a string of suicides and suicide attempts since it was constructed in 1994, resulting in the death of more than 30 people since 2000.

Advocates have voiced concerns for years about the epidemic of suicides on the 1,572-foot long bridge that stands 155 above the Birdsong Hollow valley, and now NPS is constructing a chain-link fence topped with barbed wire to address the crisis.

NPS is also working with the Federal Highway Administration on plans to install a permanent safety barrier which is expected to be completed in 2023.

NPS is accepting comments from the public on the planned permanent barriers until June 17.

Some of the most vocal advocates for change on the bridge have been the Natchez Trace Bridge Barrier Coalition, an organization formed in 2018 by Trish Merelo and Sarah Elmer, both of whom lost family members to suicide at the bridge in 2016 and 2015, respectively.

In 2019, $1.2 million was secured for bridge barriers, and later that year emergency call boxes were installed at each end of the bridge.
Natchez Trace Bridge Barrier Coalition called the move "huge" and a "very big day" in a Facebook post about the updated safety initiative.
Construction of the temporary barriers will see the closure of one lane on the bridge with an estimated 10-15 minute traffic delay throughout the installation of the temporary barrier.
Birdsong Hollow pullout will also be closed, and the bridge will be closed to pedestrians throughout the project.