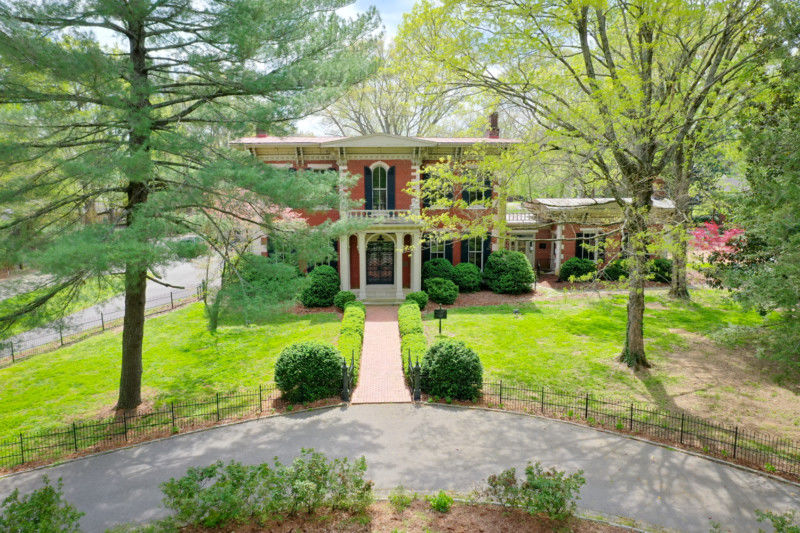 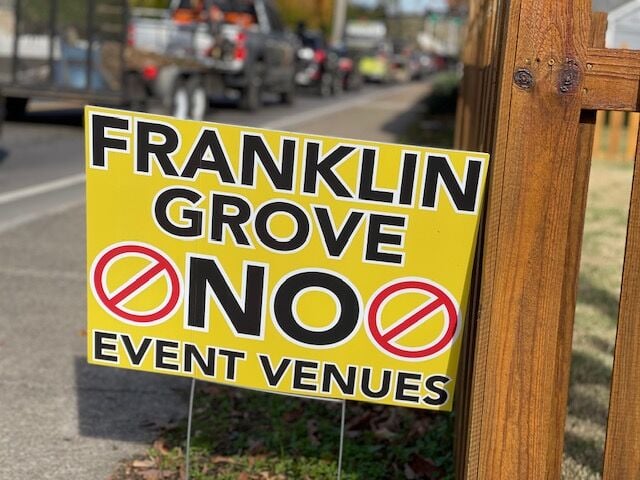 Officials with the Heritage Foundation of Williamson County weren’t necessarily surprised by the concerns that have been raised over part of the nonprofit’s plans for its Franklin Grove and Gardens property.

They admit, however, the level of opposition has been a bit unexpected.

Formerly the campus of O’More College of Design, the 5-acre Franklin Grove site at the southeast corner of South Margin Street and Lewisburg Avenue was purchased in 2018 by the Heritage Foundation and is being preserved and used for a variety of functions. One of those uses, as an event venue in one of its buildings, has raised a red flag — and plenty of yard signs — among many of the property’s neighbors.

“Downtown Franklin is a very special place, and we understand people have a real pride of ownership living here,” said Jill Burgin, director of Government Relations and Advocacy for the Heritage Foundation. “We know that any time something new comes along, it gets people’s attention.

“So what we're running into is, … [some downtown residents are] not used to any activity there. We knew there would be some opposition, but I don’t know that we anticipated the tenor it has reached right now.

“We’re happy, as we always have been, to meet anyone and to address any questions they have and share our actual plans with the public.”

Those plans will indeed be shared Monday night as the Heritage Foundation goes before the city of Franklin’s Historic Zoning Commission at City Hall. The nonprofit is seeking a zoning change for Franklin Grove from its current Civic Institutional to Planned District, to accommodate its Franklin Innovation Center that has opened for start-up businesses and to have a facility to host various events.

It’s the latter that has upset many of the downtown residents, and several are expected to turn out for Monday’s meeting.

“We are not anti-growth, anti-Heritage Foundation or anti-Franklin Grove,” said Walter Green, a downtown resident who has helped to spearhead opposition and establish a grassroots group known as Concerned Neighbors of Franklin Grove.

“We are anti-event venue at that site. Franklin Grove is the only non-residential property in an otherwise residential, mostly historic, residential area.

“The CNFG is fine with other features proposed for Franklin Grove, but the event venue is not acceptable.”

The Heritage Foundation’s plan for Franklin Grove is the organization’s largest preservation project in its 55-year history. In addition to the entrepreneurial center and the proposed event venue known as The Hall, the $31 million project includes an art museum, a historic African-American segregation-era Rosenwald schoolhouse, and natural gardens and green space, among others.

In an open letter to the public, Heritage Foundation CEO Bari Beasley insists Franklin Grove will not have a massive event venue, “and there will not be events on the property that the proposed infrastructure, including street upgrades and expanded parking, cannot support.”

Green and others in the CNFG aren’t buying it, however.

“We believe that rezoning for this ill-conceived venue would set a disturbing precedent for the city of Franklin and its residents. If the city was to allow this venue, it could trigger a series of requests from other developers seeking the same terms for their projects.”

Short of doing away fully with opportunities to host events, Heritage Foundation officials realize there are some stances beyond changing.

“When you have a project like this,” Burgin said, “I think it’s conventional wisdom that there’s always going to be a group that will hold on to their opinion and can’t be swayed. That’s just a general truism.

“But we’ve tried our best to show everyone the merits of this project, which we believe are many, and we have convinced a lot of folks to at least come to us with factual information, and we have shown them our intent is and always has been the historic preservation of the property.”

Monday’s meeting begins at 5 p.m. Before Historic Zoning Commission members vote, the Heritage Foundation will present its proposal and the public will be given the opportunity to speak. Click here to see the meeting agenda.