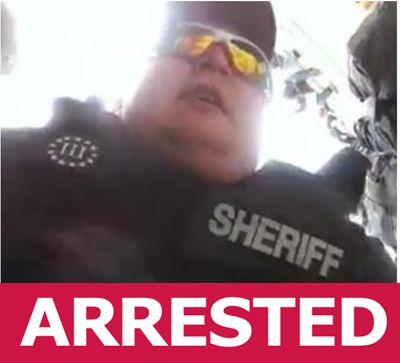 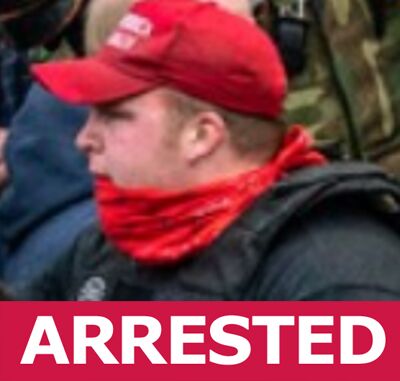 A former Williamson County Sheriff’s Office deputy in training was arrested for taking part in the Jan. 6 Capitol Riot, where federal prosecutors allege that he was one of seven people who attacked and injured police officers.

WCSO Public Information Officer Sharon Puckett would only confirm that 27-year-old McAbee, who currently lives in Unionville, “was a deputy-in-training in the detention division from Nov 9, 2020, to March 23, 2021.”

WCSO Sheriff Dusty Rhoades has not returned a request for comment.

The attack, which disrupted a session of Congress where the certification of the 2020 election was taking place, has resulted in the arrest of hundreds of people across the nation, including several Tennesseans.

Prosecutors point to a YouTube video, which can be viewed below, noting that at the 5:35 mark the group can be seen in the huge crowd engaging in that riot.

According to a Department of Justice news release, McAbee was arrested on Tuesday along with a Michigan man as part of an ongoing investigation into five other men who allegedly attacked police officers during the riot.

The federal indictment details allegations that the group was armed with a baton, crutch, flag pole and reinforced gloves that prosecutors called "deadly and dangerous weapon[s].”

The Tennessean first reported on McAbee’s connection to WCSO, and also reported that prosecutors argued in court that McAbee should be held without bail and called him a "threat to the peaceful functioning of our community."

Their report cites that, at one point, McAbee also allegedly flashed a badge to police in order to gain entrance to the Capitol.

The Tennessean also reported that before his stint with WCSO, McAbee worked as a deputy with the Cherokee County Sheriff's Office in Georgia, and that he was on leave from WCSO on Jan. 6, but WCSO would not confirm anything further about McAbee’s employment status or when they were made aware of his alleged involvement in the riot.

No further information about McAbee’s case has been released by prosecutors, and no future court date has been announced.

The Federal Bureau of Investigation continues to seek the public's help in identifying suspects of the Capitol riot.