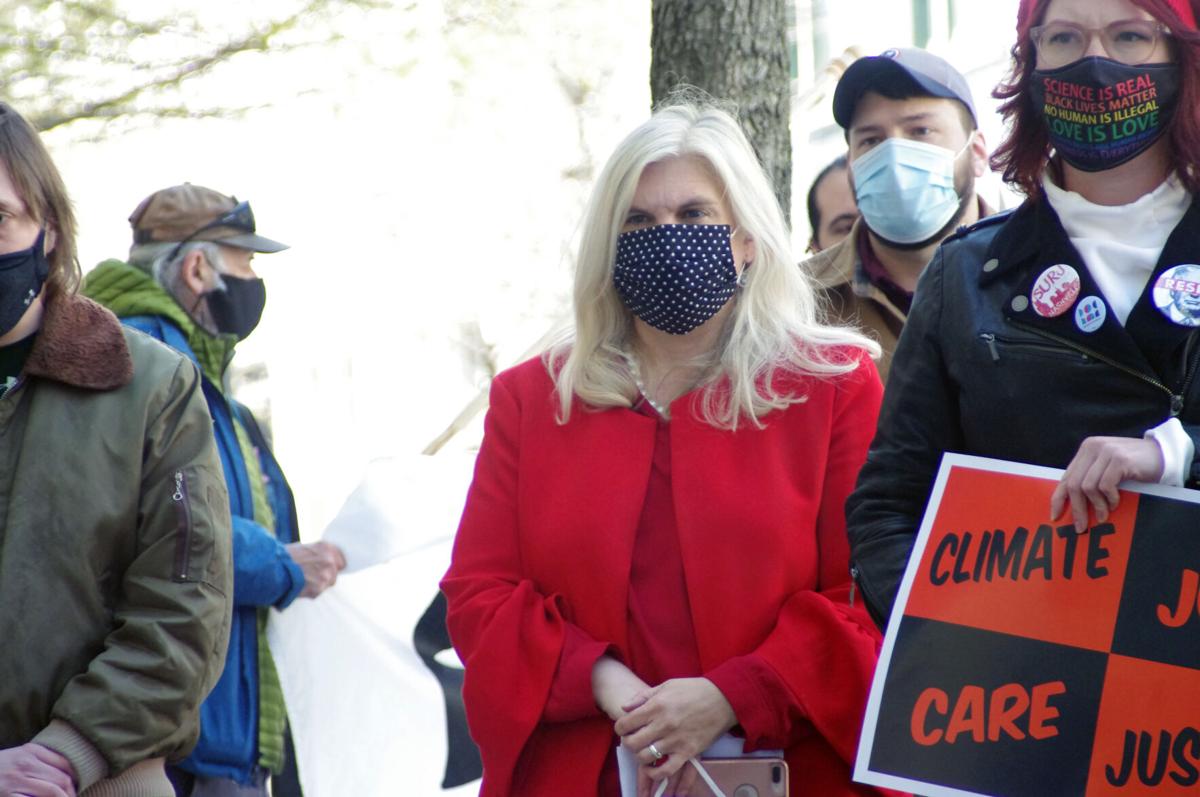 Kristen Grimm stands outside of Rep. Jim Cooper's office urging him to sign onto Medicare for All legislation. 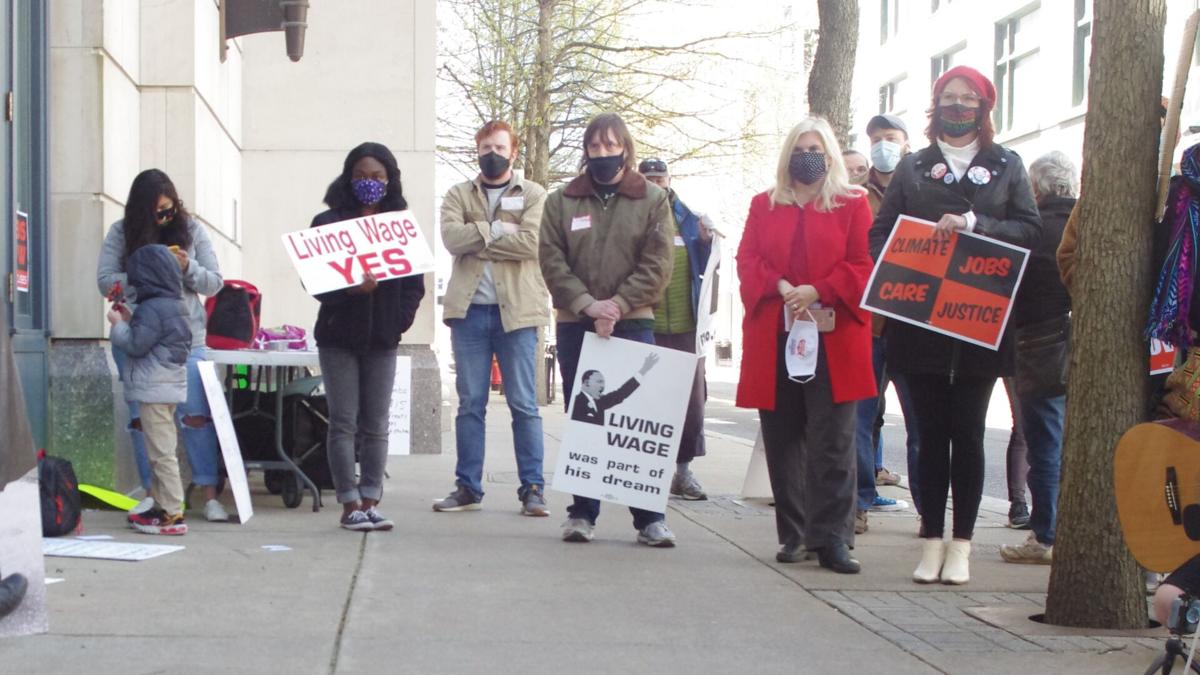 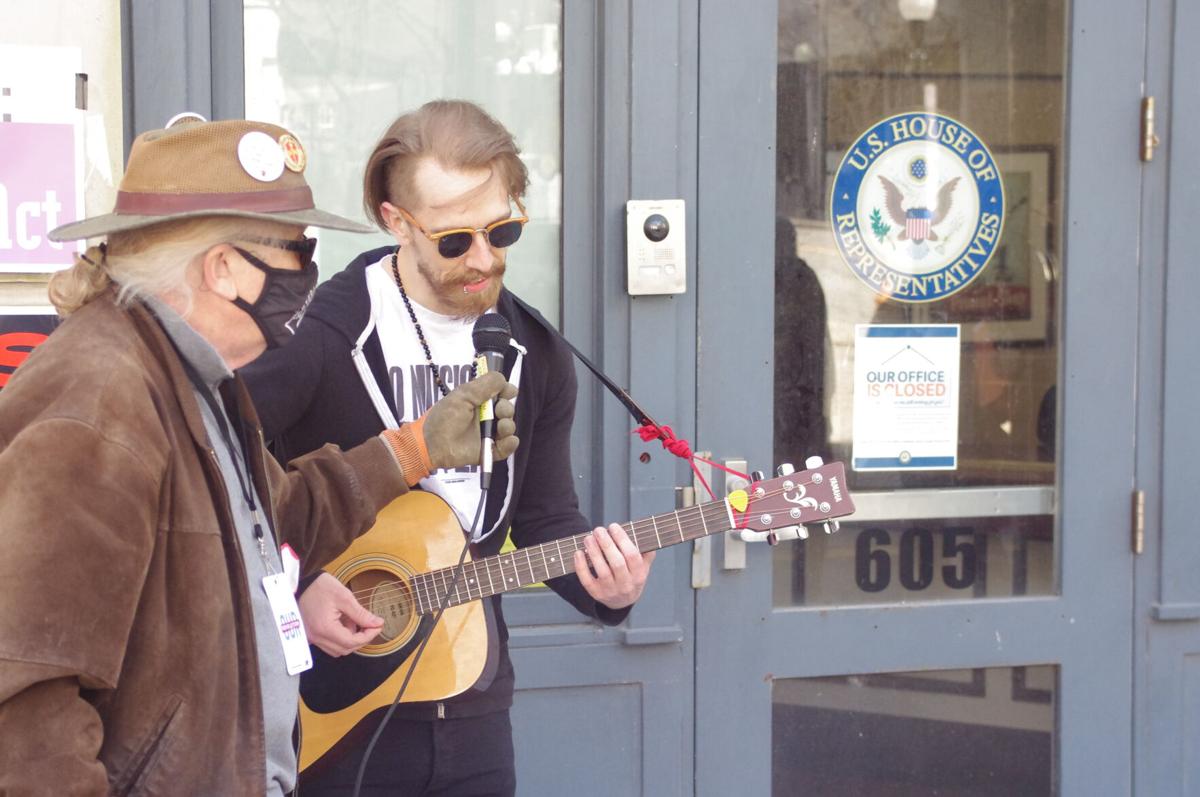 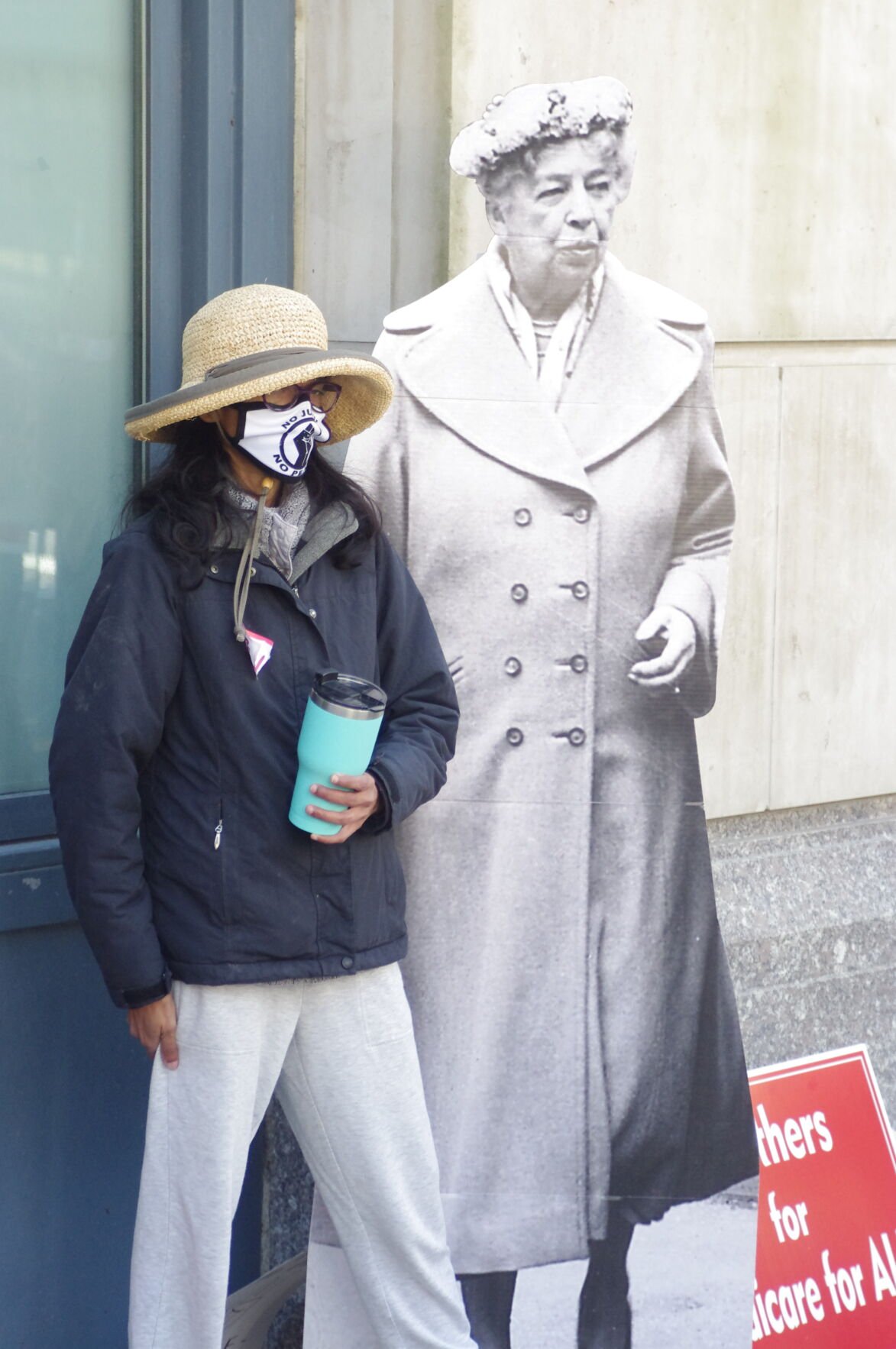 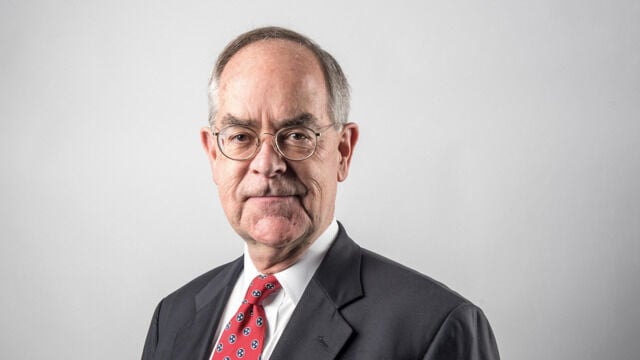 In 2017, U.S. Rep. Jim Cooper signed onto H.R. 1976, a bill that would expand Medicare to all U.S. citizens. Even today, Cooper's website states that he believes health care is "a fundamental human right."

In the years since, however, Cooper's name has been notably absent on all subsequent bills expanding Medicare to all citizens.

Franklin resident Kristen Grimm, a former candidate for state senator and founder of Mothers for Medicare for All, has made it her mission to appeal to Cooper and convince him to sign onto the legislation once again.

Grimm had vowed to stand outside Cooper's office on Church Street in Nashville every Friday until he signs onto the legislation. Starting in late 2019, Grimm had kept that promise and could be seen by passing motorists every Friday for months - sometimes alone, sometimes with a few supporters.

It was when the COVID-19 pandemic struck that Grimm was forced to temporary halt her public plea to Cooper. On Friday afternoon, however, Grimm once again returned to Cooper's office, this time with a sizable crowd of at least 25 people.

Standing beside Grimm was another Franklin activist, Angel Stansberry, founder of Feed the Need Nashville, a nonprofit that feeds the city's homeless on a weekly basis. Next to Stansberry was a large cardboard cutout of Eleanor Roosevelt, a person that held significance to Grimm.

Mrs. Roosevelt is, of course, the wife of President Franklin D. Roosevelt, who famously spearheaded the New Deal in the 1930s.

The New Deal is largely attributed to helping lift the United States out of the Great Depression through a series of policies including establishing a federal minimum wage, introducing unemployment insurance and Social Security and recognizing and empowering labor unions.

With Roosevelt often being heralded as a leader for human rights, Grimm described a past encounter she once had in Cooper's Nashville office that she found perplexing.

Beyond fighting for Medicare for all U.S. citizens, Grimm is perhaps most motivated by her own son, Thomas.

While just 21 years-old, Thomas has already undergone at least 24 separate surgeries due to a chronic vascular condition. Grimm said she has spent countless hours on the phone fighting with her insurance company to see to it her son receives the health care he needs.

Microphone in hand, Grimm made yet another public plea for Cooper to consider supporting Medicare for All legislation once again.

"For decades and even before the New Deal, members of Congress and special interest groups have been impeding universal health care in the United States," Grimm said.

"Rep. Cooper is not unique. There are members of Congress all over this country who say that health care is a human right but refuse to sign onto the only legislation that guarantees health care as a human right. I came to realize that the for-profit health insurance companies have created a red tape destructive breakdown in our ability to care for the sickest members of society.

"All of this dysfunction is allowed by our lawmakers who legislatively support a for-profit health care system to have autonomy over our health. All of this policy dysfunction is hurting kids like my son and the very structures of our Medicaid and Medicare programs.

"As mothers, we ask again the Rep. Cooper co-sponsor H.R. 1976 in support of Medicare for All. We ask him to be consistent with his own words in his policy positions for the good of all. Cooper, will you help us make the dream of Eleanor Roosevelt become a reality? By helping us pass Medicare for All that will finally make health care a universal human right here in this country?"