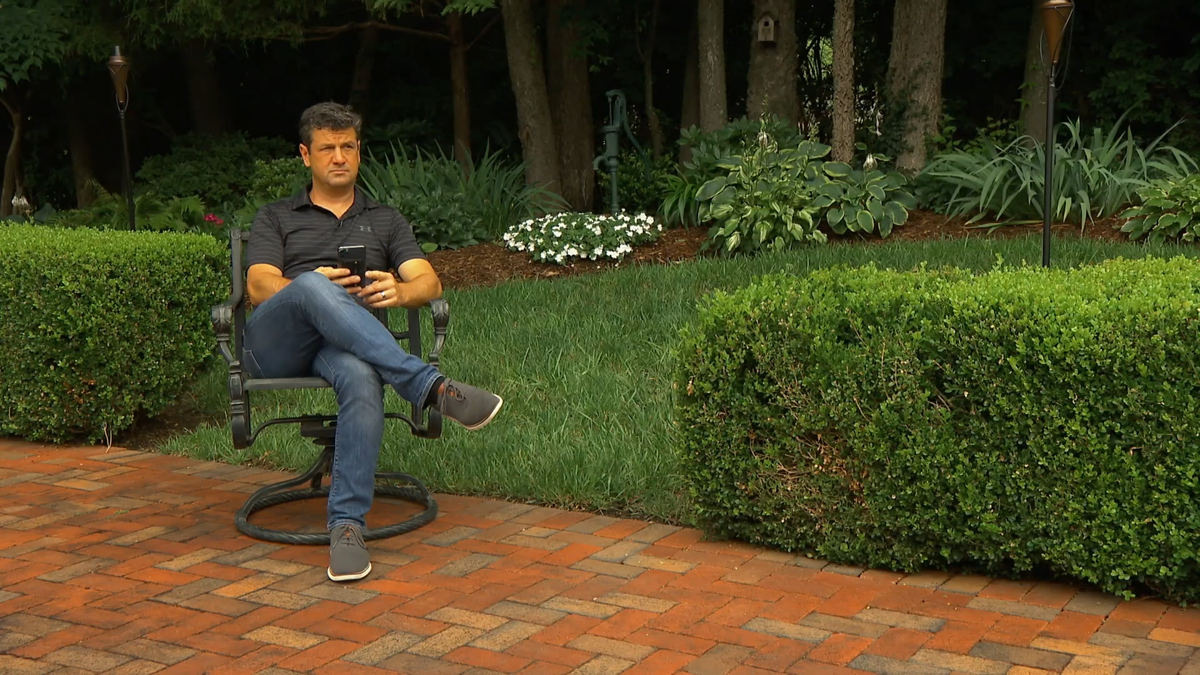 Sam Johnson at his Franklin home as he appears on Fox Nation's "Canceled in the USA." 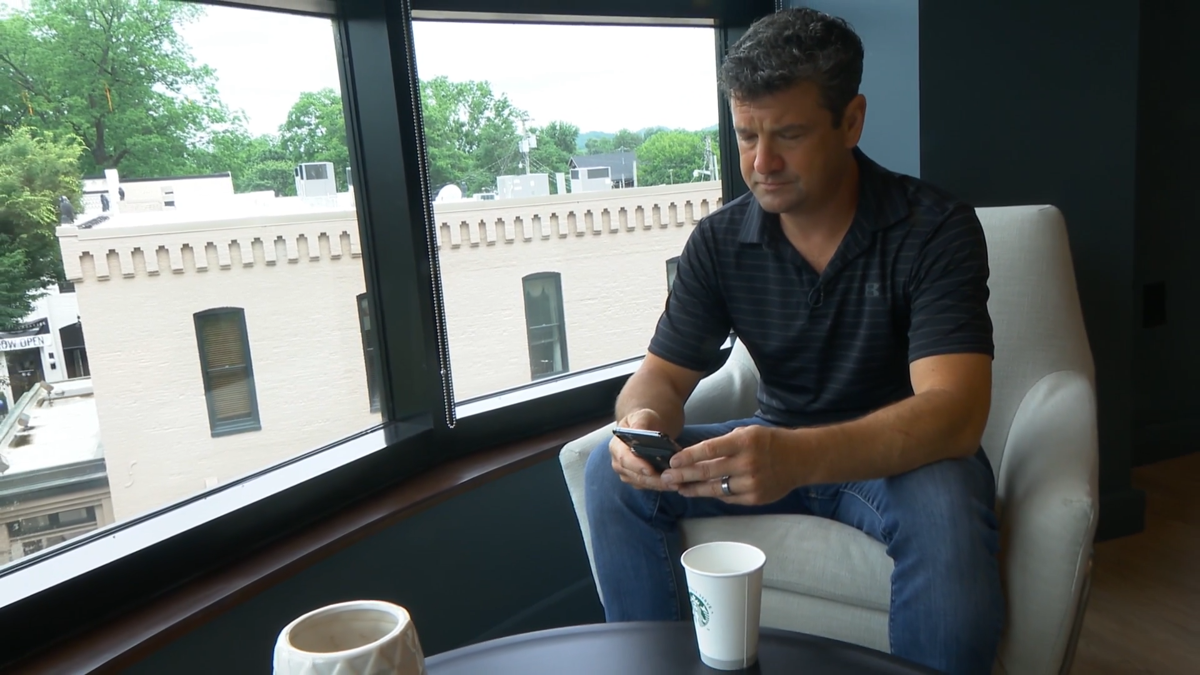 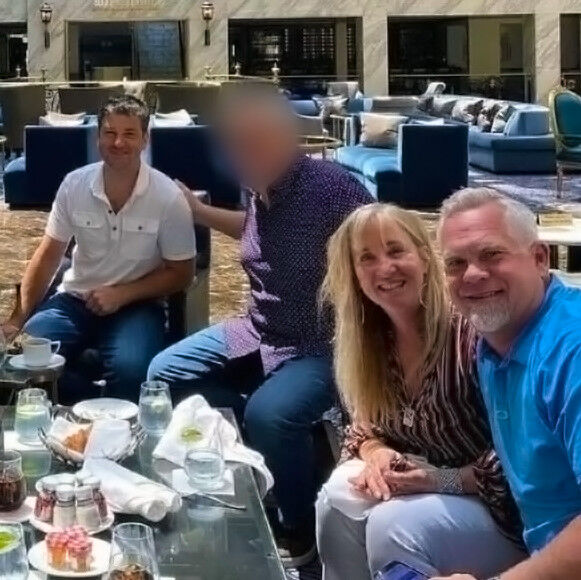 Sam Johnson, the former CEO of the Nashville-based telehealth company VisuWell, was featured on an episode of Fox Nation's "Canceled in the USA" this week after he infamously made international headlines back in April for mocking a teen boy wearing a dress at a Franklin restaurant.

Hosted by conservative political commentator Dan Bongino, the show attempts to tackle "cancel culture" by highlighting the stories of "both celebrities and ordinary Americans" who have had their "careers decimated" for what Bongino called 'the most innocuous things.'"

Having been fired from his role as CEO just two days after the event, Johnson's story was one of the main highlights of the first episode of the five-part series.

Johnson explained in the episode that he had met with his son and his son's girlfriend at the Harpeth Hotel in Franklin for dinner on Saturday, Apr. 24. At the same time, Franklin High School senior Dalton Stevens and MTSU freshman Jacob Geittmann were also at the Harpeth Hotel, taking photos with friends ahead of their prom.

"This group of teenagers walked in obviously dressed for prom," Johnson explained. "We were there to enjoy ourselves and have a peaceful dinner, then this invaded our peace and quiet."

Johnson said he got up to use the restroom, and that on his way back to his table he encountered "more of this loud, boisterous behavior."

It was then, Johnson said, that he had asked a chaperone at the restaurant if they could "get this group to tame it down a bit, there's some of us here that don't appreciate it."

Johnson's concerns, he said, were essentially dismissed by the chaperone, with the next sequence of events disputed by Johnson and the two teens.

According to Johnson, a few of the teens noticed Johnson speaking with the chaperone and posed him a question.

"A couple of the students - one wearing a bright red dress - caught attention of how I was discussing with the chaperone and made a comment to the effect of 'why are you looking at me like that?'" Johnson said. "I simply asked a question in return: 'well, why are you wearing a red dress?'"

Stevens' account, however, sees the interaction play out differently.

"I sort of see [Johnson] over my shoulder and then he asked me 'what are you wearing?' I said 'what I want to,'" Stevens said.

In the episode, Johnson denies having said this.

Geittmann then said that he attempted to pull out his phone to film the interaction, after which Johnson slapped the phone out of his hand and onto the ground. Johnson denied having done this.

It's at this point that the now-viral video begins, during which Johnson said that Stevens looked "like an idiot" and appeared to attempt to slap the phone out of Geittmann's hand. According to Geittmann, this would be Johnson's second attempt to slap his phone.

"It never crossed my mind that something so mild, particularly because it was on video, would impact my career at all," Johnson said. "I think 'idiot' is probably one of the more mild terms that I could have used, but it's still my responsibility to use terms that are respectable and respectful of others."

Bongino, the host of the show, would then say that "An online hanging party of international glitterati would swiftly form, intent on destroying his happy life in Franklin, Tennessee."

After the altercation, Johnson was asked to leave the restaurant, and told Bongino that he and his son left for another restaurant. During that meal, Johnson recalled his son warning him that the recording of the incident would likely go viral.

"I chuckled it off and didn't think much of it," Johnson recalled. "That didn't really sink in until the following day."

Before the prom that night, Geittmann shared the recording to the social media app TikTok. By the next day, it had amassed millions of views, and was being shared and commented on by celebrities such as Kathy Griffin, Billy Porter and Patricia Arquette.

It was during the mass condemnation of Johnson's behavior that his pastor, Grace Chapel founding Pastor Steve Berger - who Bongino said would be covered more thoroughly in a future episode - told Johnson to "stay humble as the attacks pour in."

Johnson said he received "several death threats" as the video continued to amass hundreds of thousands of views, and that on the following day on Sunday, he received a call from his company's board chair.

"They had been targeted on their social accounts such as LinkedIn, so people were posting the video and commenting hateful things," Johnson said.

"I felt supported, I felt like they thought it was ridiculous, but there was some concern about the volume of messages [and] the type of messages they were getting."

Bongino said that while the VisuWell board of directors had initially supported Johnson, that would soon change after people outraged by Johnson's conduct started messaging the company's major clients.

"I'd gotten word from my COO that one of the larger customers that we had was waiting actively for an answer on what they were going to do about this," Johnson said. "They were an active target by the celebrities."

Just two days after the altercation on Monday, Apr. 26, Johnson received another call.

"They did place an official call to me, apologized profusely, [but said] they had to do this but it was a move they had to make for reasons of customer pressure," Johnson said. "That was the ultimate pressure point that they couldn't solve any other way. I lost my job, I lost my income for no valid reason."

On their official Twitter account, VisuWell wrote that on Apr. 26, they had decided to "terminate Mr. Johnson from his position as CEO effective immediately," and that COO Gerry Andrady would lead the company for the time being.

"It feels very unfair," Johnson said. "It feels like a monsoon of unwanted and unnecessary attention that you just can't escape; you feel swallowed by it. It feels very hateful, and it feels very much threatening to your future."

Both Stevens and Geittmann said they felt Johnson did deserve to be fired for his behavior, though Stevens added that he hoped Johnson might learn from something positive from the entire ordeal.

"Hopefully he's having some sort of realization," Stevens said. "Because of the consequences, he might not have learned anything, but hopefully he does. Times are changing - either get with it or shut up."