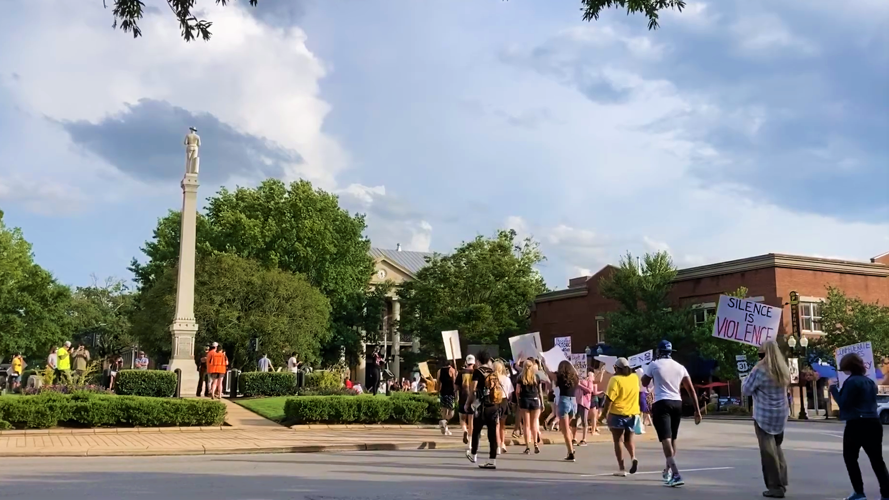 The last major rally in Franklin, the protest against the Confederate monument "Chip," saw more than 100 participants. 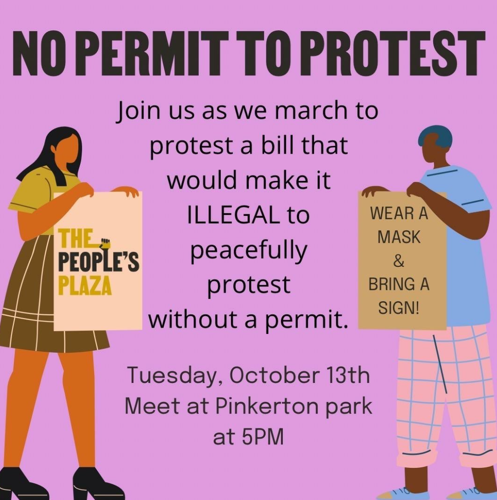 The image shared by The People's Plaza with the announcement of the protest.

On Sept. 22, the Franklin Board of Mayor and Alderman unanimously voted to amend a section of the city's municipal code to require all gatherings of 20 people or more to see written approval from the city administrator.

That vote was the proposal's first reading, with its second and final reading taking place at 7 p.m. on Tuesday, Oct. 13. Were city leaders to pass the proposal Tuesday, it would then become law.

The looming decision has led to a planned protest, scheduled to kick off in Franklin just hours before city leaders cast their vote.

The proposal has drawn criticism from community leaders and activists, including Franklin's own Howard Garrett - former alderman candidate and activist - who called the proposal a violation of the First Amendment.

Another critic the proposal has drawn is The People's Plaza: a collection of protesters from across Middle Tennessee who have occupied the Legislative Plaza in Nashville since June 12.

On Monday, The People's Plaza announced the planned protest to the proposal that would require permits to organize. Participants will meet at Pinkerton Park at 5 p.m., and soon after march towards downtown Franklin. Masks are required, with organizers encouraging attendees to bring a sign.

"Franklin is in the process of passing a bill that would make it illegal to protest without a permit," reads a release from The People's Plaza. "Our first amendment right allows us the freedom to assemble. That right doesn’t have a '9 - 5' time slot, and our frustration shouldn’t be convenient."

"There are some who have been critical and who have said this restricts speech,” Stuckey has said. “I actually believe it facilitates it. It provides for a mechanism to have it happen and to happen in a safe way.”