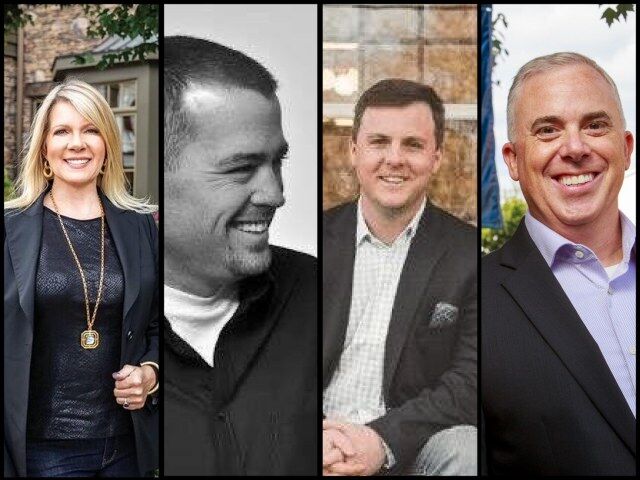 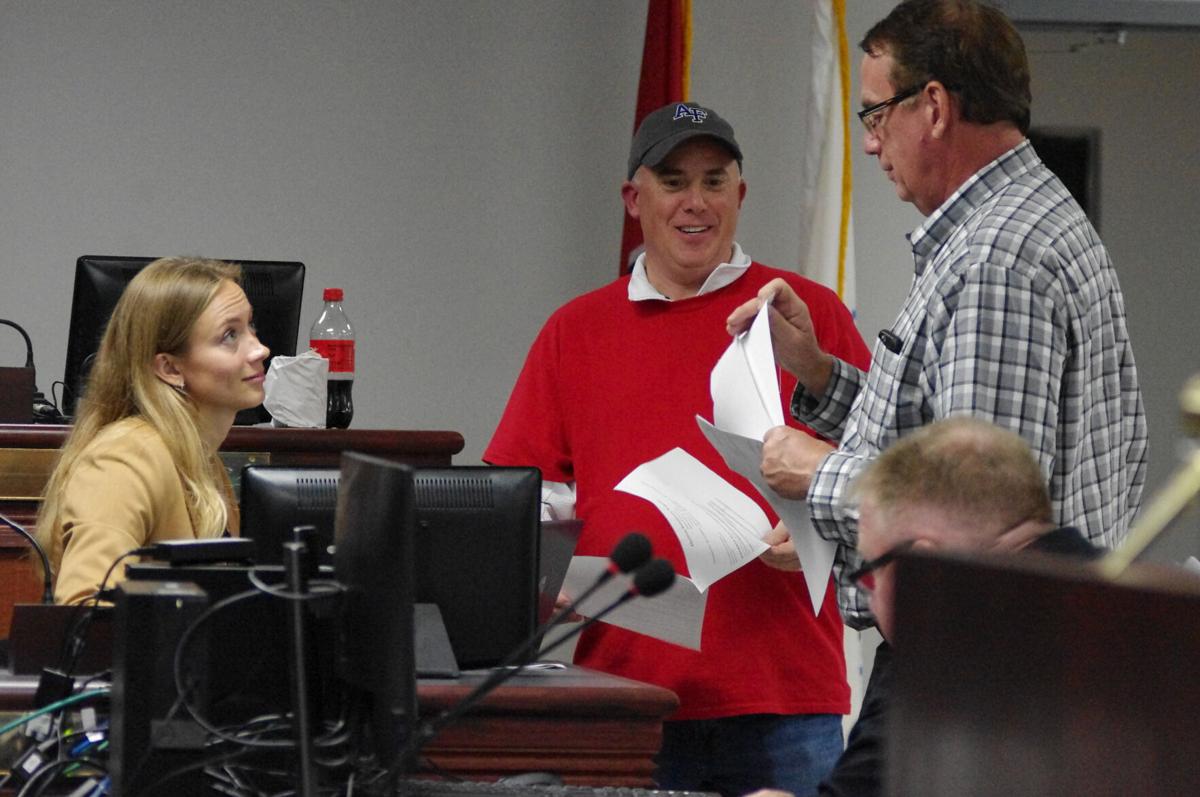 Jason Potts (center) learns of his victory in the race to represent Franklin's Ward 3. 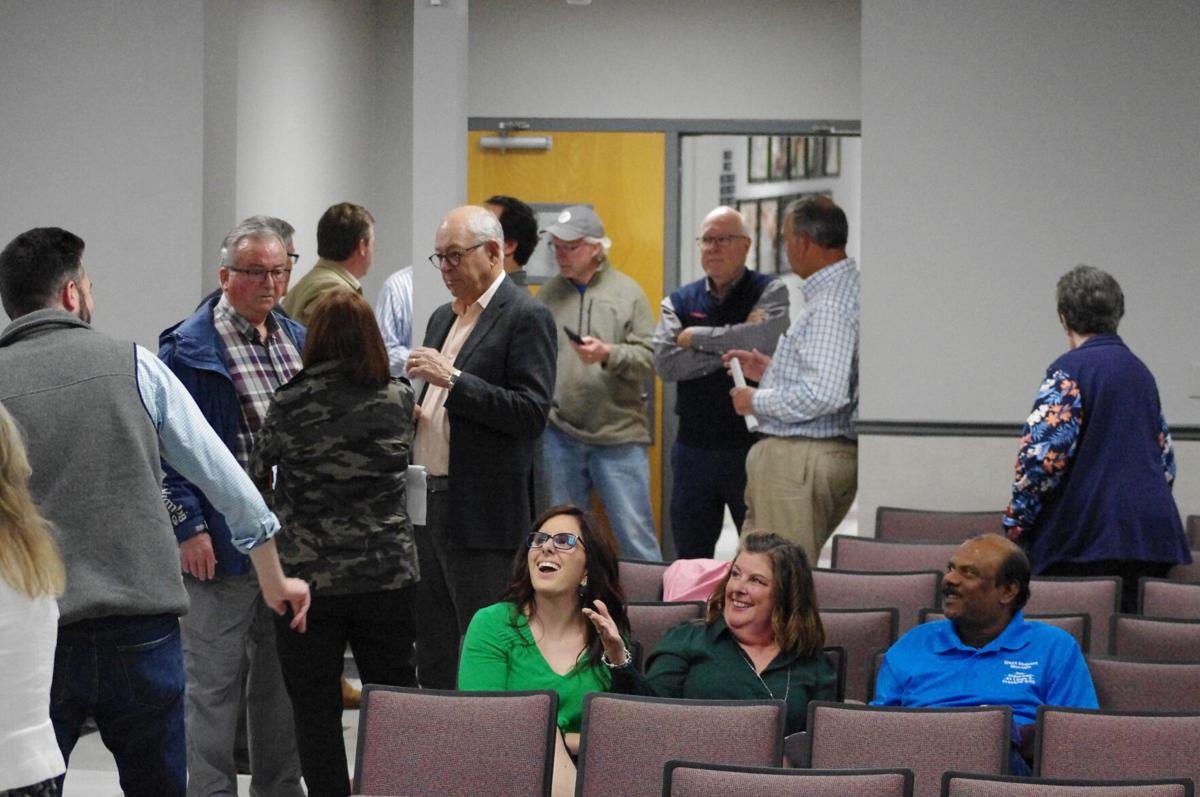 Election results continue to pour in at the Williamson County Administrative Complex in Franklin. 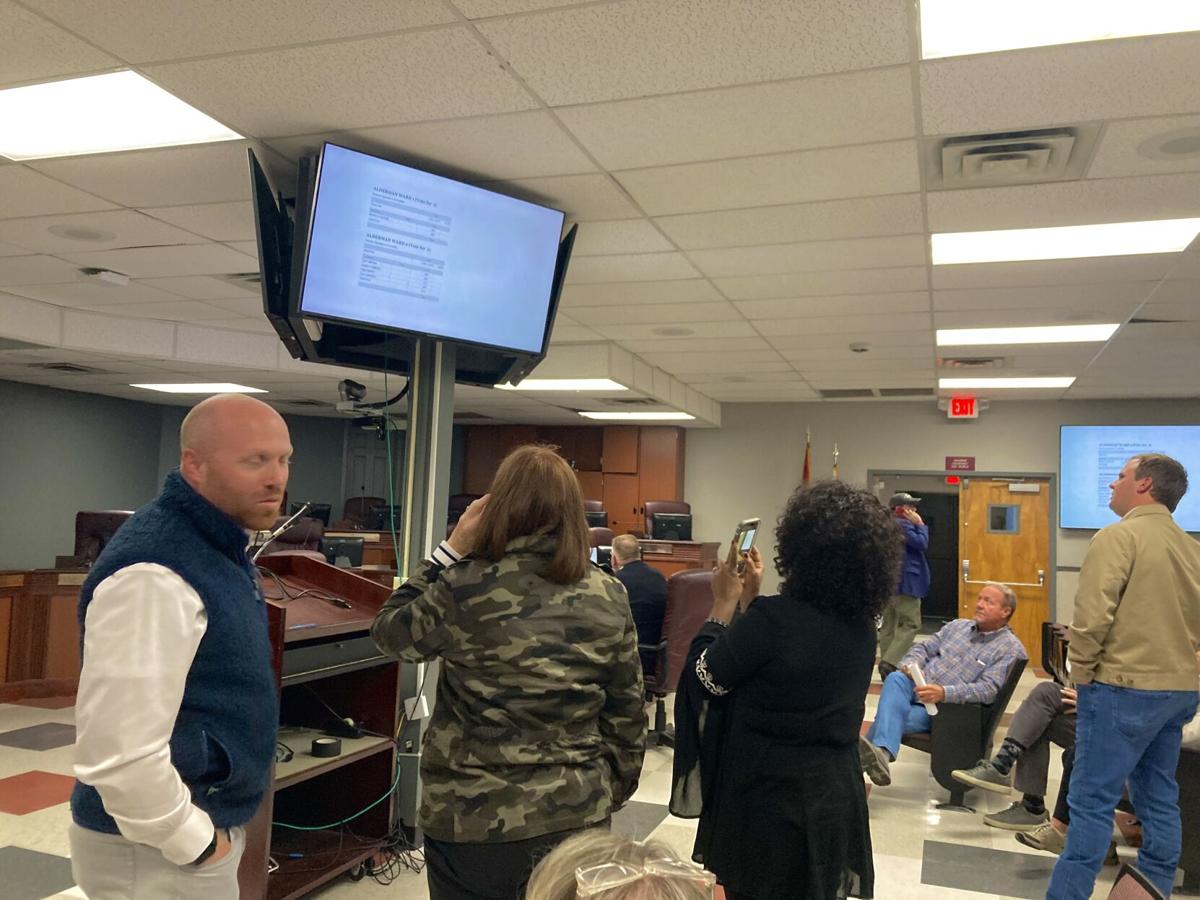 Onlookers watch as results for the Franklin 2021 election come in.

The final, unofficial results for the 2021 Franklin city election are in, and residents have voted four fresh faces to the city's Board of Mayor and Aldermen: Matt Brown, Jason Potts, Patrick Baggett and Gabrielle Hanson.

With a total of 7,421 votes cast during both the early voting period and on Election Day, the unofficial voter turnout rate reached 12.39 percent, significantly eclipsing the 2019 and 2017 election rates of 3.4 and 4.9 percent, respectively.

Running unopposed, Burger - the only incumbent alderman running for election — retained her seat with a total of 631 votes. Burger told the Home Page that her next four years looked "even more busy" than the last, and that she anticipates having to tackle the city's need for more adequate infrastructure, residential balance and large capital projects.

To the fresh faces on the board, Burger offered this advice: "I think the best thing I can say to new aldermen is to get in, be willing to learn and listen, and do the homework and research," Burger said.

"So far the candidates I've seen winning here tonight — and the candidates who offered themselves for this election — are people who want to serve and who will do the work."

Potts, who was awaiting results Tuesday night at the Williamson County Administrative Complex in Franklin, told the Home Page that he wanted to congratulate Sutton, his opponent, on running "an excellent race," but that he was excited to take on his new role as alderman.

"I'm extremely excited for Ward 3 having lived here for 15 years and been involved with so many organizations... I look forward to continuing to lead here, listening to new members of our community and all of the existing members, and I think that we have a bright future in Ward 3," Potts said.

"We've got some great opportunities in front of us."

In Ward 4, Patrick Baggett won with a wide margin over Elizabeth Wanczak, earning 1,768 votes versus Wanczak's 658.

The four new aldermen, as well as the returning Burger, are set to be sworn in during the next Franklin Board of Mayor and Aldermen meeting on Tuesday, Nov. 9. All results are unofficial until certified by the Williamson County Election Commission on Nov. 9.